All of this year’s E3 2019 press conferences have concluded, having brought with them a flurry of exciting announcements, showcasing games we simply can’t wait to play and surprises we didn’t expect.

Trusted Reviews has compiled all the highlights from each major publisher below, so you don’t need to venture far for all the essential E3 news. However, the show floor has only just opened, and our games writer is on the ground playing all the latest games for hands-on impressions.

Xbox came out all guns blazing at the Microsoft E3 Conference on Sunday. The company used the show as the launch point for its next generation Xbox Series X console. Full technical specifications, its final name and price weren’t disclosed at the show, but from what little we do know, it looks pretty awesome.

As expected the Xbox 2 will be based on AMD CPU architecture, GPU technology and feature a “next generation” SSD. According to Microsoft, it’ll be able to play games at 8K resolutions, be ray tracing-enabled and capable of playing titles at frame rates higher than 60fps. This puts it on a par with what we know of the PS5 thus far.

We also know it’ll be released “during the holiday season” next year and have the Halo Infinite  all but confirmed as a launch title. If that wasn’t enough to get you excited, Microsoft also used the keynote to announce it will be taking over Tim Schafer’s Double Fine Studios. The move means Psychonauts 2 will likely appear on the Xbox 2. But more importantly, it also means the studio will work on a load of Xbox 2 exclusive titles, which is awesome news. Outside of this there were fresh details on Gears 5 and many other first-party titles.

The only other nice surprise was the revelation that everyone’s favourite celebrity, Keanu Reeves, will star in the hotly anticipated Cyberpunk 2077.

Bethesda’s E3 Conference came straight after Microsoft’s and granted us fresh info about the company’s Fallout 76 plans, plus updates about a number of its other titles. The coolest news is that DOOM Eternal will be launching way sooner than expected – November this year. We also saw the reveal of Ghostwire Tokyo, the latest title from Tango Gameworks

The only slight disappointment was that the company remained tight lipped on Elder Scrolls 6 and Starfield – two games it unveiled last E3 that are believed to be next-generation titles. Hopefully we’ll get more info on the two games in the near future.

Electronic Arts was the first major company to show its hand at E3 2019, and managed to produce some relatively exciting announcements in the form of an extensive gameplay demo for Star Wars Jedi: Fallen Order and an exciting new urban-orientated mode for FIFA 20, shaking up the foundations of its beloved yet somewhat stale sporting franchise.

Beyond this, we received plenty details on Apex Legends Season 2, including the reveal of a new playable hero and the forthcoming battle pass, both of which will be in the hands of players by next month. Battlefield 5 keeps on trucking with the unveil of brand new maps and modes for the historical first-person shooter. While The Sims 4 will receive a new expansion pack featuring mermaids, jetskis and gender-neutral bathrooms.

Finally, a trio of new indie projects were confirmed as a part of the ‘EA Originals’ label, with developers including Zoink Studios, Hazelight and Rustheart. Considering EA is renown for its triple-A projects and love of profits, this is a lovely change of pace, and we hope it continues.

Nintendo knocked it out of the park at E3 this year, providing the biggest shock of the year with a reveal trailer confirming that The Legend of the Zelda: Breath of the Wild 2 is in development. How do you top that? Release dates were also confirmed for Animal Crossing New Horizons and the The Legend of Zelda: Link’s Awakening remake, proving it’s going to be a very exciting 12 months for Switch owners.

Super Smash Bros. Ultimate fans were also treated to reveals for two new fighters. The first was Dragon Quest protagonist The Hero, while the second was double-act Banjo-Kazooie. The latter will no doubt please former N64 owners, and commemorates the blossoming relationship between Microsoft and Nintendo as cross-play multiplayer grows bigger.

Nintendo also confirmed that a Witcher 3 port is heading to the Switch later this year, while offering a closer look at imminent titles such as Luigi’s Mansion 3 and Fire Emblem Three Houses. It’s certainly a great time to be a Switch owner.

Ubisoft loves a flashy, fabulous E3 press conference filled with fun surprises, and the 2019 showcase had all that and more. First up was Watch Dogs Legion, with the threequel confirmed to take place in post-Brexit London. Ubisoft showed off some gameplay where the player could assume control of any NPC they desired, and it looks seriously impressive.

Lastly, Ubisoft surprised us all with a gorgeous animated game from the creators behind Assassin’s Creed Odyssey, which essentially looks like The Legend of Zelda but in a Greek mythology setting. We need to play that right now.

Square Enix presented one the standout shows of the year. It opened up with a trailer for the Final Fantasy 7 Remake before giving us a look at the combat, which looks seriously awesome.

Other news included DLC for Kindom Hearts 3, a Final Fantasy 8 remaster and a brand new IP called Outriders from the developers behind Bulletstorm and Gears of War Judgement.

The grand finale was resrved for the long-awaited Marvel’s Avengers project, where Square Enix confirmed you’ll be able to play as Hulk, Iron Man, Thor, Captain America or Black Widow in co-op levels with your mates. This is one superhero adventure we can’t wait for. 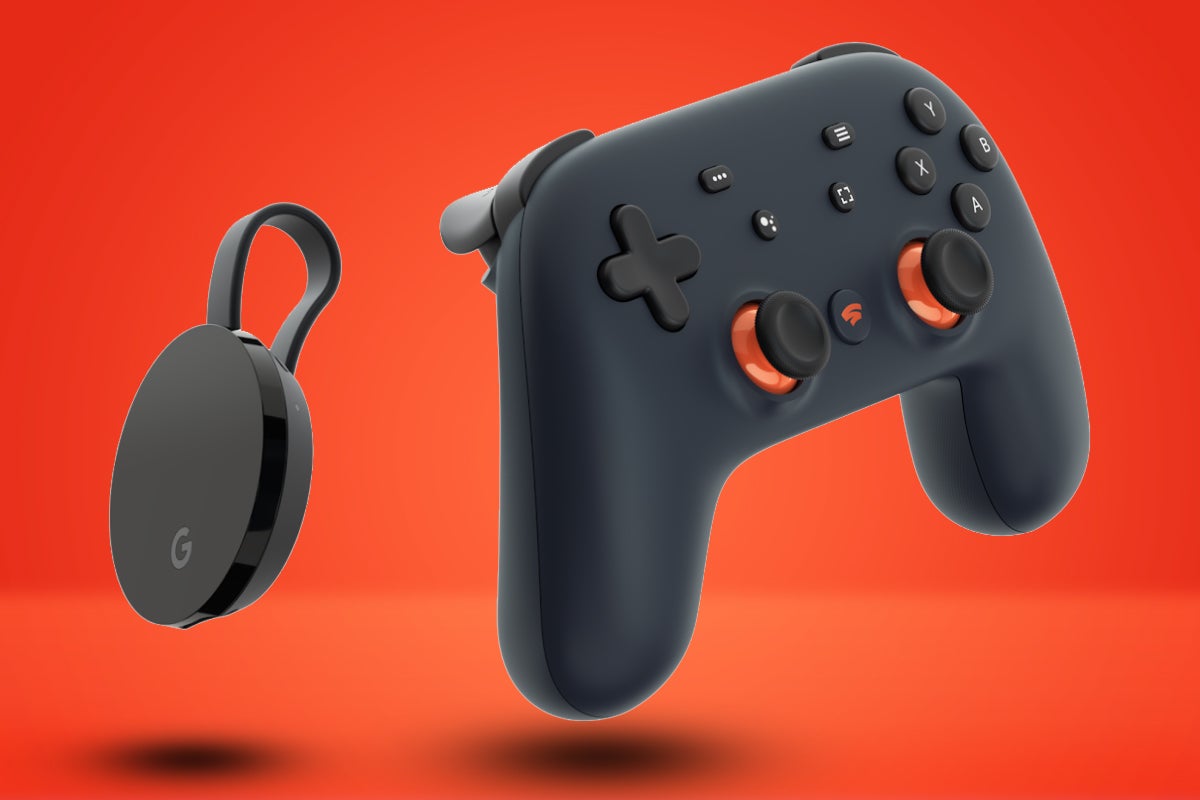 Google emerged ahead of E3 2019 to provide an abundance of new Stadia information with it debut Connect Presentation. We received a November 2019 launch window for the company’s Stadia Pro service, which will cost you a reasonable £8.99 per month. This includes the ability to stream a selection of titles including Destiny 2, Ghost Recon Breakpoint and The Division 2 all at a silky smooth 4K/60fps.

You’ll need a minimum internet speed of 35mb/s to see this come to fruition, although we’ve yet to see it for ourselves in practice. A free model of Google Stadia is set to launch in 2020 which will allow you to stream a selection of titles in Full HD, although individual games will need to be purchased and you won’t receive the many benefits a Pro subscription is set to offer.

There’s also the option of buying the Stadia Founder’s Edition, which includes first-time access to Stadia, a Chromecast Ultra for streaming Stadia to your TV, an exclusive Night Blue Stadia Controller and a three-month subscription to Stadia Pro for both yourself and a friend. Additional controllers can be purchased separately too, costing £59 each, with three different colour options available: Clearly White, Just Black and Wasabi.

While it will begin its life limited to Chrome browsers and Pixel smartphones, Google has already announced plans to expand Stadia onto a multitude of different devices. Obviously, don’t expect an application to crop up on PS4 or Xbox One anytime soon. For us, the proof of Stadia is in the pudding, and how it ends up working across a wide range of territories.

The PC Gaming Show is easily one of the quietest E3 2019 showcases, but it still revealed a number of interesting games. We got a better look at Baldur’s Gate 3 and Planet Zoo, while we got a flurry of exiting new game reveals too, including medieval battle-royale Chivallry 2 and an experimental indie title from the maker of Her Stort called Telling Lies.

In a genuinely surprising move, Sony confirmed it wouldn’t be attending E3 2019, marking its very first absence from the convention since 1995. Instead, Sony revealed an extensive new trailer and November 2019 release date for Death Stranding right before the E3 conference started, taking all of us by surprise.

Are you excited for E3 2019? What are you hoping to see unveiled? Let us know on Facebook and Twitter @trustedreviews or email the editor your thoughts below.