Starfield is the next big RPG from Bethesda Game Studios, the development team who has made iconic classics such as Elder Scrolls V: Skyrim, Fallout 3 and more in the past couple of decades.

With its prevcious projects beloved by millions, expectations are incredibly high for its first new IP in a long, long time. Starfield is poised to be an ambitious sci-fi adventure featuring a new world, new characters and new mechanics that we’ve never seen from Bethesda before. And now the company is owned by Microsoft, this ambition can only grow larger.

Aside from its initial reveal trailer and a few brief comments from the studio, little is known about Starfield right now. We haven’t heard a peep from it in years, which arguably makes its eventual break from cover all the more fascinating.

Trusted Reviews has compiled everything you need to know about Starfield including all the latest news, release date, gameplay, trailers and more. Here’s hoping it can have the same impact as the classic franchises that preceded it.

Starfield – What is it?

Starfield is a new IP from Bethesda Game Studios, who the majority of readers will know as the creators of Elder Scrolls and the current torch bearers of the Fallout franchise, having taken the reigns ahead of its third entry back in 2008.

“Discover Starfield, the new space epic currently in development by Bethesda Game Studios. Starfield is the first new franchise in twenty-five years from the acclaimed developers of The Elder Scrolls and Fallout series,” reads the game’s official description.

Starfield release date – How far away is it?

There is currently no confirmed release date for Starfield, with Bethesda stating that fans will need to be patient as development continues. However, game director Todd Howard has confirmed that Starfield has moved out of pre-production and is currently in a playable state, which is reassuring that perhaps it isn’t too far away from an eventual release.

Speaking to The Guardian, Howard said “We’ve been talking about it for a decade, we started putting things on paper five, six years ago, and active development was from when we finished Fallout 4, so two and a half, three years.” Having recently been acquired by Microsoft, it’s likely that Starfield will be launching exclusively for Xbox platforms and Windows 10. Keep your fingers crossed for a potential PS5 port down the road.

Starfield trailer – How does it look?

Starfield news – Could these leaked images tease the upcoming RPG?

Recently a trio of images emerged on Imgur which potentially feature early screenshots and concept art of Starfield, although we’d take all of them with plentiful grains of salt for now. However, the aesthetic of the spacesuits and vessels featuring in them certainly feel similar to everything we’ve seen from the game thus far. Check all of them out for yourself here.

One screenshot even features what appears to be an early version of the user interface, with the player avatar standing before a towering space vessel from a third-person perspective. It’s probably safe to assume that Starfield will once again possess first and third-person views for the player to choose from when exploring its vast expanses of space and various different planets. 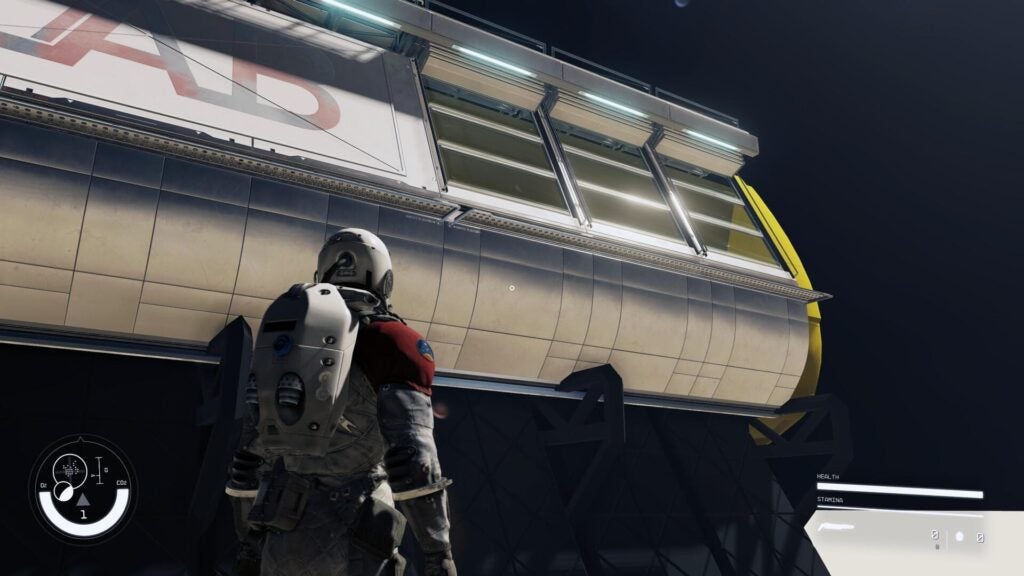 Firstly, and arguably most importantly, Bethesda need to return to what they do best — amazing single-player RPG gameplay. No doubt the studio made Fallout 76 because of the extra money-making opportunities it would present, but now they need to restore their reputation as a champion of the RPG genre. While some co-op options could feasibly work, we think a focused return to single-player RPG norms is needed.

Secondly, more combat advancement: Combat came on leaps and bounds between Fallout 3 and Fallout 4. Equally, the change between Oblivion and Skyrim was noticeable, but all of the games have simplistic combat. We wouldn’t want the combat to erode the role playing side of the game, but we expect some great new additions to combat mechanics.

Compelling storylines will also be crucial to the game’s success. Fallout 4 had a fantastic central storyline, but some of the peripheral story threads felt like little or no effort had been expended on them by comparison. Similarly, Skyrim’s guild quests are dull and repetitive compared to the ones in Oblivion, which were tremendously well thought out.

The worst point of comparison may be the Dark Brotherhood (or assassins guild,) who offer a fantastic sub-plot in Oblivion, but mainly provide a series of repetitive, random killings in Skyrim. In this regard, we hope Bethesda put everything into making Starfield original and making its stories, characters and factions genuinely interesting.