Doom (2016) turns things up to 11 for the beloved demon-mulching shooter series. With Doom Eternal, id Software cranks the volume up to 20. There’s a booming soundtrack, pulse-raising action and stunning hellish landscapes aplenty, but the sequel still isn’t without its flaws.

Note: This is a review of the Doom Eternal campaign – with the multiplayer servers not going live until launch day.

The Doom Slayer is back and he’ll have your eternal flame burning quicker than The Bangles or Natasha, Liz and Kerry ever could. Doom Eternal is a smashing follow-up to Doom (2016) that upgrades what was already an absolute blast. However, the sequel has failed to avoid some of its predecessor’s missteps.

A lot of people didn’t know what to expect when the launch of “New Doom” came about in 2016 but what we got was a first-person shooter that updated the legendary series 10 years after its previous outing – cementing its legacy. 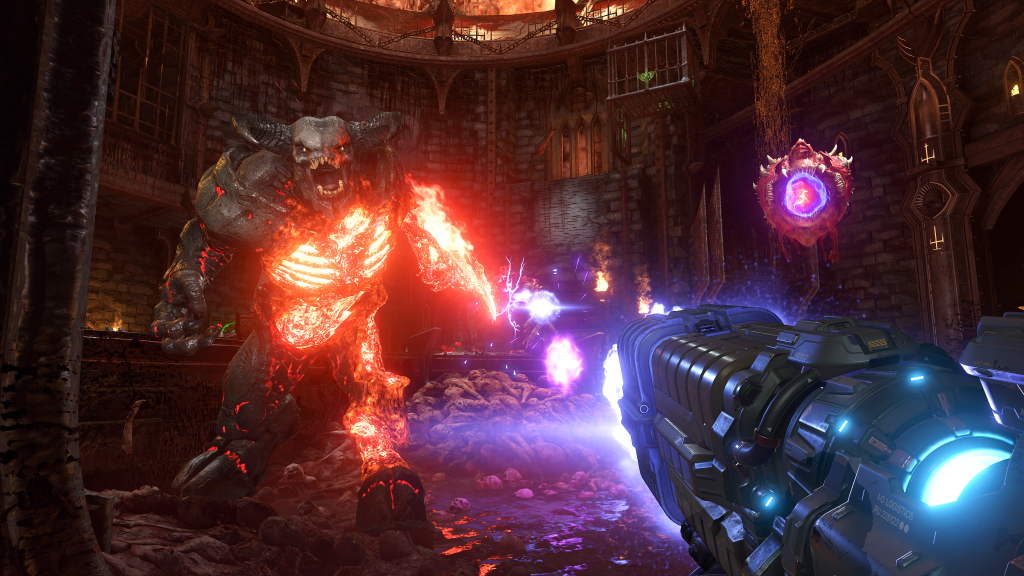 A sequel seemed inevitable and so it was – enter Doom Eternal. While Doom (2016) featured a lot of factory-themed backdrops and a fairly one-note version of Hell, Doom Eternal brings some class, texture and, downright, marvel to its settings.

Mashing the likes of God of War (2018) and the Gears of War series – which no doubt took their inspirations from OG Doom – Doom Eternal is gorgeous to look at. It isn’t just the realms you’ll explore, either. The demonic beasts are more ferocious and more metal(!) than ever before.

To be honest, the striking looks of Doom Eternal might be somewhat lost on most players as you rarely have much time to chew the scenery. This sequel fully delivers on the blistering pace and god-like fantasy that fans of Doom (2016) will be hoping for.

You’ll slice, eviscerate and maul (née ‘rip and tear’) your way through levels – often needing to remind yourself to breathe and blink intermittently. However, the empowering experience doesn’t come for free.

Related: Take a look at our hands-on Bleeding Edge review 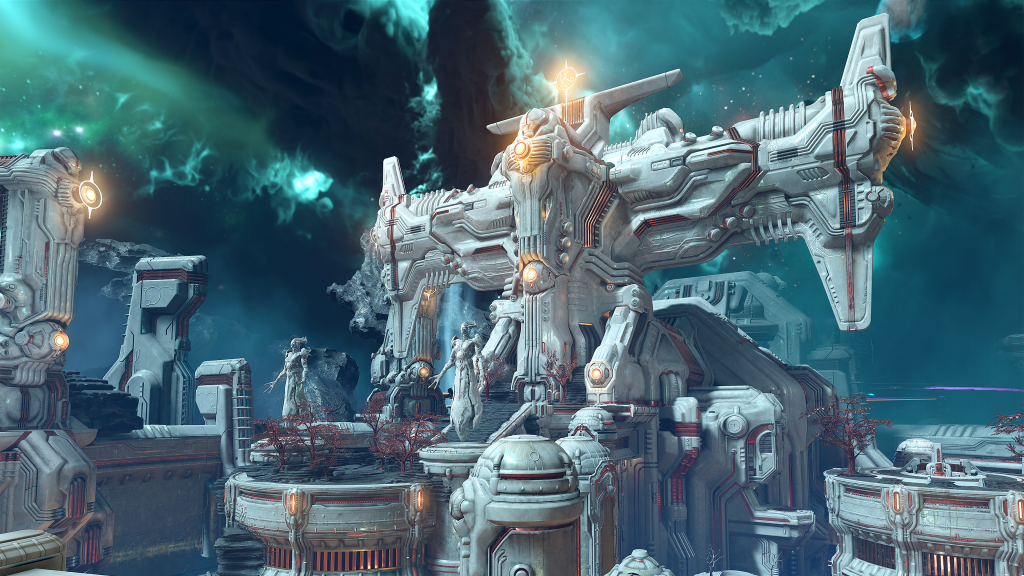 Before the release of Doom Eternal, id Software exec producer Marty Stratton spoke about the misconception that Doom is a “mindless” game series saying: “that is not the game we have made,” going on to call Doom Eternal “combat chess”.

Well, Stratton is 100% right. Try to stick to one weapon in this game and you’ll be screwed. Try to stand and fight without planning your next move, you won’t last long. It isn’t quite seeing into the matrix but, once you get comfortable with Doom Eternal, the parallels with chess become ever more apparent – as you see three, four or, even, five steps ahead.

You’ll soar around the map like a missile with a rapidly changing loadout of demon-despatching hardware. Mastering how to effectively manoeuvre around your loadout is crucial. Long-range enemy missile launchers: switch to sniper, take out the guns and go. Floating enemy with a big mouth who doesn’t know what’s good for them: switch to grenades, lob one in and glory kill them back to hell. 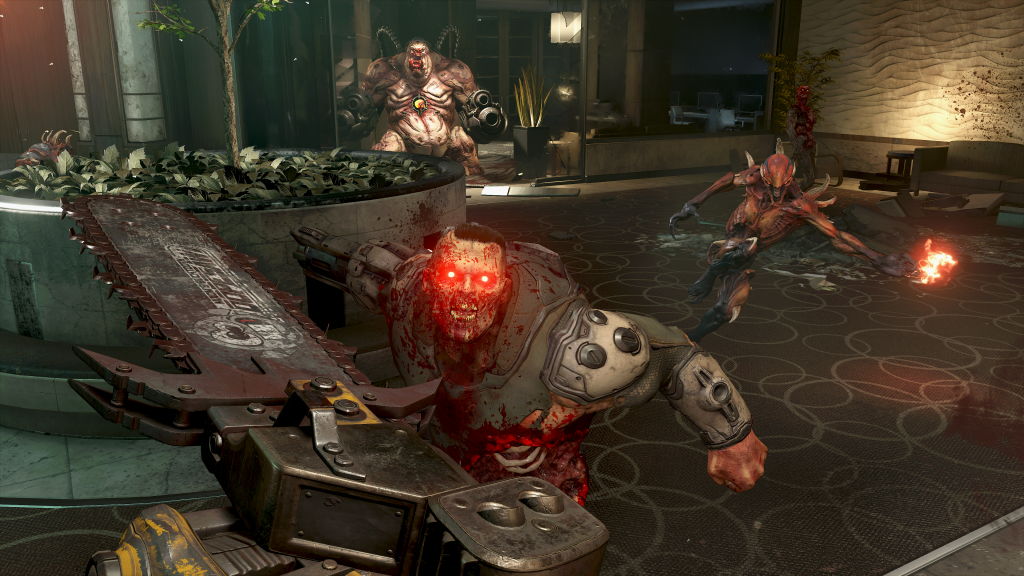 Doom Eternal invites you to learn how to swiftly take down each enemy so you pop in and out of encounters – like an uncharacteristically noisy yet deadly assassin.

The key to defeating each enemy isn’t always learnable through gameplay and Doom Eternal rewards you for checking your codex now and then for a bit of extra research.

None of this ripping and tearing is possible without also carefully, yet rapidly, considering your health, ammo and – less so – armour. The Doom Eternal dance is as much about these factors as it is knowing the enemy. You’ll have to decide when it’s the right time to whip out your chainsaw and receive so ammo or stagger an enemy to deliver an HP-providing glory kill.

Through regular gameplay, Doom Eternal also offers up a range of weapons upgrades, mods and Doom Slayer buffs to help you along the way. If you aren’t inclined to simply mainline the story then you’ll benefit from a bit of exploration to pick up some more treats to batter demons with – plus there’s some fun Doom-themed tat to be discovered too.

Related: Read our full Ori and the Will of the Wisps review 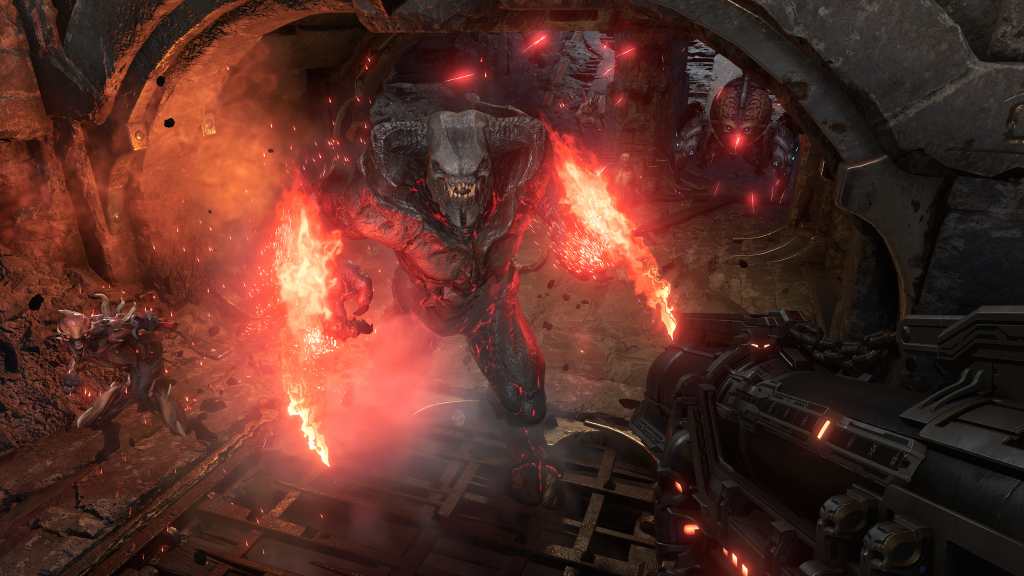 Doom Eternal incorporates so many elements at once that it can sometimes feel overwhelming. The game might leave you considering whether it’s somewhat unbalanced but, if you stick to the fundamentals, you won’t often find yourself flailing around for ammo or without a silver bullet to dispatch the enemies in front of you.

It’s these required fundamentals that leave me rather reluctant to criticise the opening of the game – a section of Doom Eternal which is far more stop-start and maddening than what follows.

You need the fundamentals and Doom Eternal wants to make sure you have them but, after a jaw-dropping introduction, the game rips you out of the experience with a pace-sapping tutorial pop-up and some spells in a practice arena.

The difficulty in this period also feels disproportionately harder than the rest of the game. You might find Doom Eternal quite a bit easier than the previous outing once you get into the swing of things. However, early on, you’ll likely struggle until you pick up some upgrades and a wider array of weapons, even if you do pick up the basics early.

I understand the trepidation id Software may have that players could hit a brick wall later without picking up these skills and spending some time with each weapon early on but there is certainly room for more show, don’t tell.

Related: The Last of Us is coming to TV – which other games should follow suit? 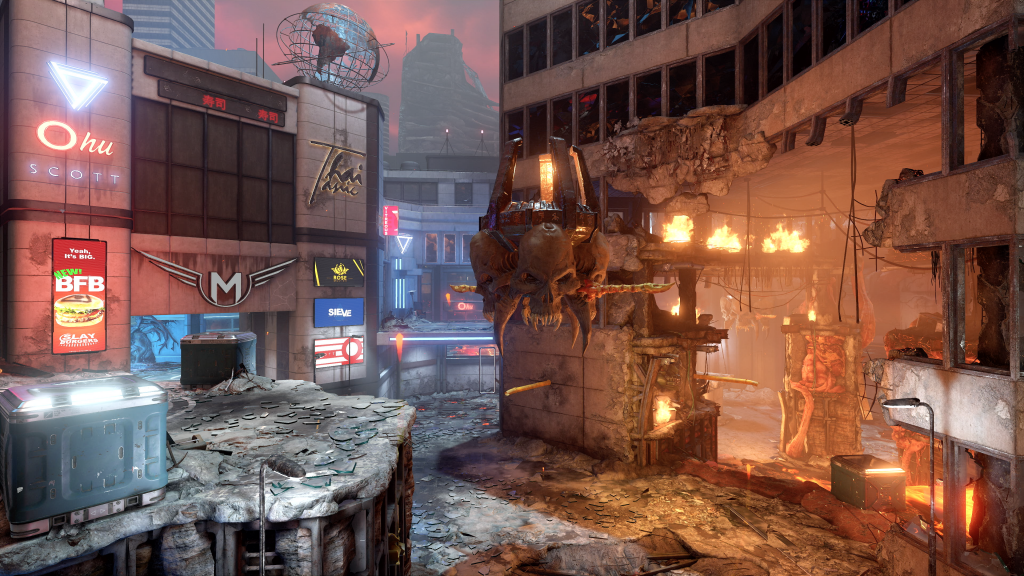 The bumpy start mostly comes to an end after five or so hours of gameplay except when it comes to platforming – which features throughout. Doom (2016) felt like it would be better without out and, while I’m inclined to think Doom Eternal does improve upon it, I’m still not sure it belongs in the sequel.

The platforming, like the combat, aims to teach you some fundamentals that allow you to deal with it as quickly and enjoyably as you blast demons. However, the sections often feel like an annoying pitstop on the Doom Eternal rollercoaster.

Nevertheless, when you are using platforming to quickly get from one encounter to another in a fairly linear fashion, it does fit nicely with the overall lightning-fast pace of the rest of the game – so I can’t completely knock it. 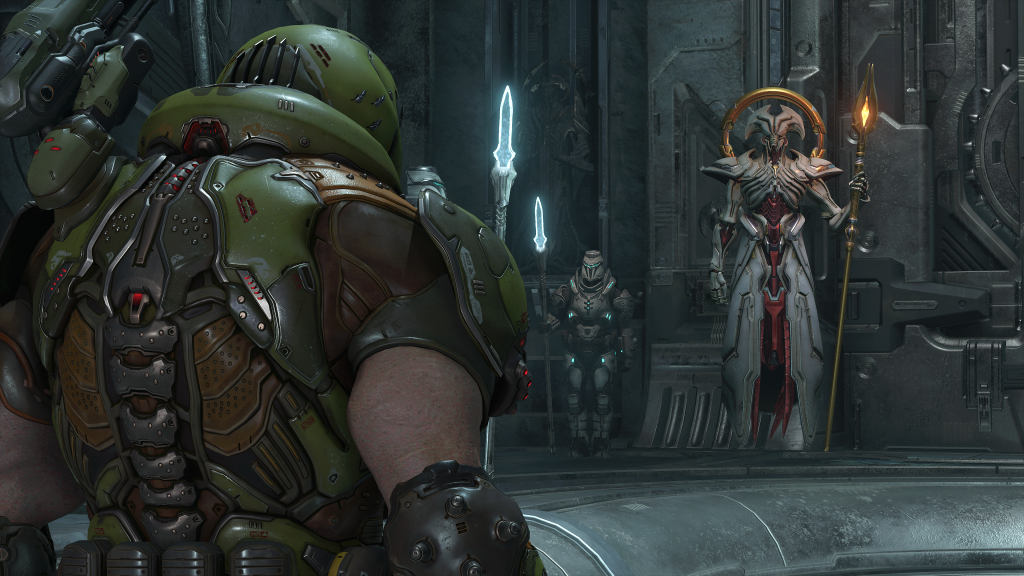 Something that I’m surprised not to be knocking at all is the story. In the less than stellar first few hours, it seems like Doom Eternal may be further expanding the series’ lore and it was concerning, to say the least. Thankfully, much of the story is filled with heroic moments and surprisingly slapstick encounters – giving you ample reason to pay attention without feeling like another energy-draining hurdle.

Some of the biggest hurdles for you to overcome in-game come in the form of encounters you wouldn’t necessarily call boss fights. Enemies introduced to you at different points as all-conquering foes will often become another grunt in the crowd later on – while still offering plenty of challenge. 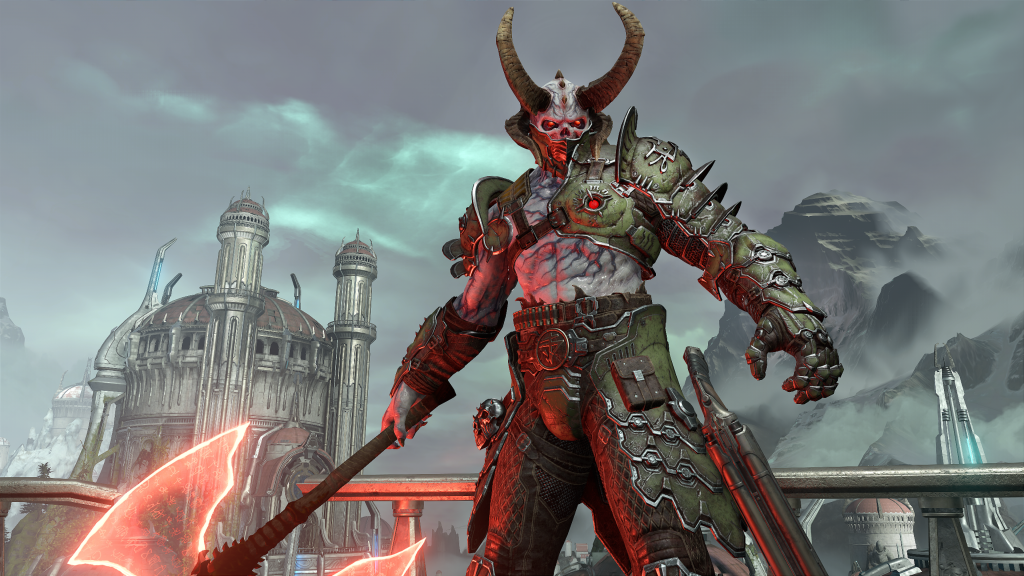 You will come up against a few, more traditional boss fights which do plenty to adapt the formula you’ll face throughout the game – delivering a grand duel both visually and from a gameplay standpoint. There’s also challenging Slayer Gates and timed Secret Encounters that offer up an optional challenge for the completionists or the bloodthirsty.

Doom Eternal asks you to put in plenty of hard work but it’s far from an unassailable mountain to climb and you’ll be richly rewarded by both the story and the sheer elation you feel after overcoming the most challenging foes and reaching the summit.

Doom (2016) turns things up to 11 for the beloved demon-mulching shooter series. With Doom Eternal, id Software cranks the volume up to 20. There’s a booming soundtrack, pulse-raising action and stunning hellish landscapes aplenty but the sequel still isn’t without its flaws.