Fallout 76 has improved with the introduction of Wastelanders. The region of West Virginia now feels more alive with an increased populace, deeper quests and a greater focus on your place in its living, breathing world.  But many of its problems remain, and haven’t been improved with such a major expansion. Far few players occupy each session, making multiplayer feel like a lazy afterthought instead of something that defines the experience.

When it first launched back in 2018, Fallout 76 was scorned for its clumsy execution of a fairly ambitious concept. Bethesda hoped to translate its sprawling RPG vision into a world occupied by other players who could interact, fight and work alongside one another towards a common goal.

The concept itself sounded incredibly appealing, yet was shoehorned into an engine and gameplay formula which felt fundamentally hostile towards any form of cohesive multiplayer. It was buggy, inconsistent and soulless as it abandoned much of what made Fallout so beloved in the first place.

It’s languished in mediocrity ever since, receiving an insufficient amount of content updates and failing to shake off the lack of polish that continues to hold it back even several years later. Wastelanders hopes to change this seemingly irreparable reputation, introducing NPCs and a deeper, more nuanced storyline to the world of Fallout 76.

After spending plenty of time with Wastelanders, it’s clear a distinct improvement has been made. An obvious sense of passion has been put into course-correcting the disastrous origins of Bethesda’s multiplayer experiment, even if the initial cracks are still blindingly obvious at times. But it’s fun and engrossing – half the battle for anything as grand as Fallout 76. 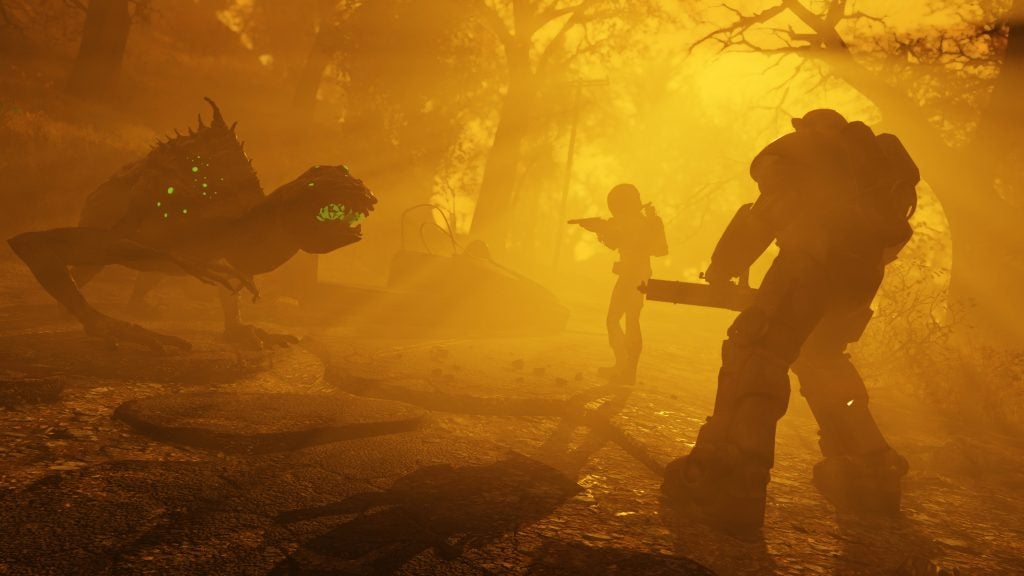 Wastelanders is the third major expansion for Fallout 76 and is available as a free update for all existing players. It brings with it a laundry list of worthwhile features and improvements, but the most groundbreaking is the addition of non-playable characters that are now situated across the region of West Virginia. The player can now interact with them to trade and take on quests. You can’t kill them though, which is a bit of a shame and a definite immersion breaker.

In previous Fallout games, I made a habit of buying things off traders before shortly murdering them to steal both my money and their entire inventory. I imagine doing that here would break the multiplayer aspects quite severely, and so it’s a decent compromise since the presence of other humans in Fallout 76 is downright transformative.

Wastelanders comes into effect the moment you start a new game. While you would previously be roped into The Responders questline, you’ll now stumble upon a bar situated only a few steps away from Vault 76. Here, you’ll meet some friendly faces and embark on a convoluted quest to uncover some legendary treasure. I won’t spoil where things go, but it’s an enjoyable yarn with engaging characters and a few welcome twists.

Having a questline that isn’t completely managed by faceless robots and bland audio logs makes this feel like a fully-fledged Fallout experience – one where you’re working alongside others to fight in a lawless, irradiated society. The writing isn’t particularly great, and much of the dialogue you’ll be compelled to skip, but the overarching narrative is compelling enough that I was pushed onward.

Related: When is the next Steam Sale? 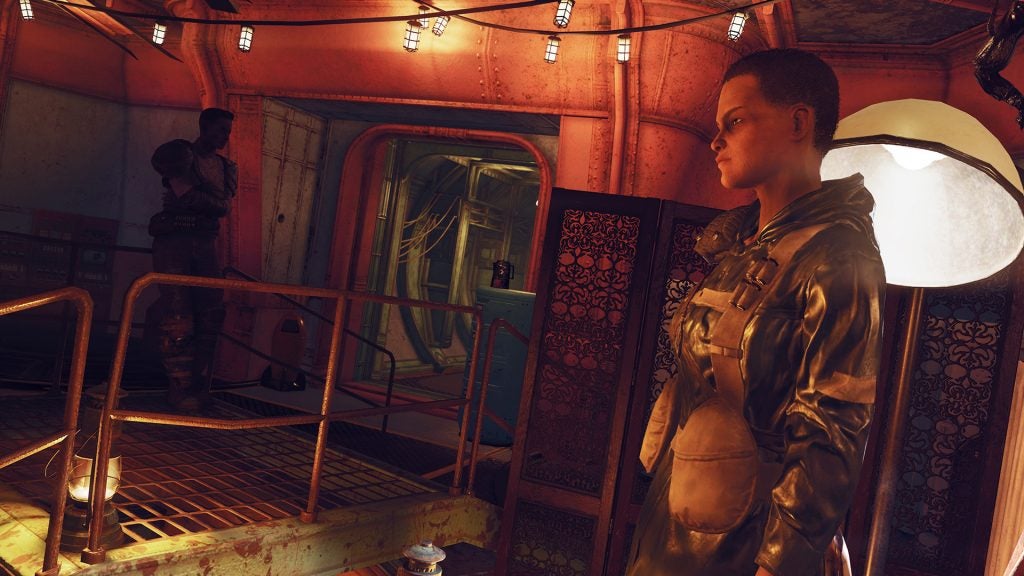 So, it’s irritating that Wastelanders forces you back onto the vanilla questline to farm experience before cracking on with its later steps, which is hugely detrimental to the pacing. The game’s original missions are laughably boring, often little more than fetch quests contextualised by dry conversations and disgusting amounts of backtracking. They’re simply not fun, feeling like an obstacle you’re forced to break through to unearth the parts worth playing.

These grinding sessions can last for several hours. I loved discovering new locations and building my virtual vault dweller in-between the tedium, but deep down I wanted to jump back into Wastelanders and not contend with older content for the sake of padding out a campaign which is already very, very long. All these complaints aside, the core experience of Fallout 76 is a lot of fun, partly because it leaves behind much of the online ambitions it once pushed towards the forefront.

Wastelanders feels like a traditional Fallout campaign, and you’ll only really interact with other players through settlements spread across each world for brief bouts of trading. Otherwise, you’ll rarely stumble upon them while on quests and taking on multiplayer events – the latter of which is so clumsily implemented that I seldom bothered with them. 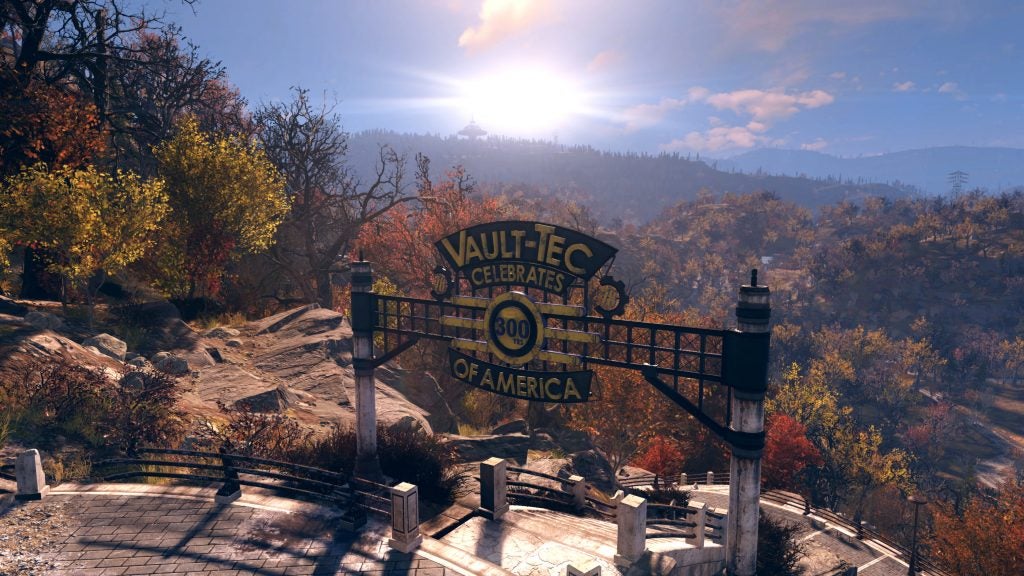 One quest had another player and I defending a stadium from packs of wolves. However, the artificial intelligence was so poor that the enemies couldn’t find their way inside, instead opting to glitch into walls and kill themselves instead. This was just one of many examples of Fallout 76 descending into a bug-ridden mess during my time with it. This is Bethesda’s buggiest release ever, which is an achievement in itself.

I’d stumble upon helicopters glitching into cliff sides, ghouls trapped inside non-existent basements and hordes of foes t-posing their way towards me in feats of dominance. Moments like these don’t surprise me anymore, but they pull you out of an atmosphere that Fallout 76 does an otherwise fantastic job expressing. It’s easy to lose yourself in West Virginia, which is truly staggering in its size and scope.

Four times the size of Fallout 4, Appalachia would take dozens of hours to explore in its entirety. Each region is entirely bespoke, whether you’re exploring dense areas of woodlands or a drained lake ruined by years of radiation. The environments themselves have a story to tell, with notes and audio logs filling in the lives of individuals long dead.

It’s a sombre affair, provided with small pockets of positivity thanks to a brilliantly bubbly radio host and plenty of old-timey tunes. At times, I’d recommend switching off your active quests and just walking in a random direction. Visit every location you come across, hoovering up loot and creating your own narratives out of whatever you see. It’s a delightful way to kill a few hours before returning to the somewhat monotonous questline. 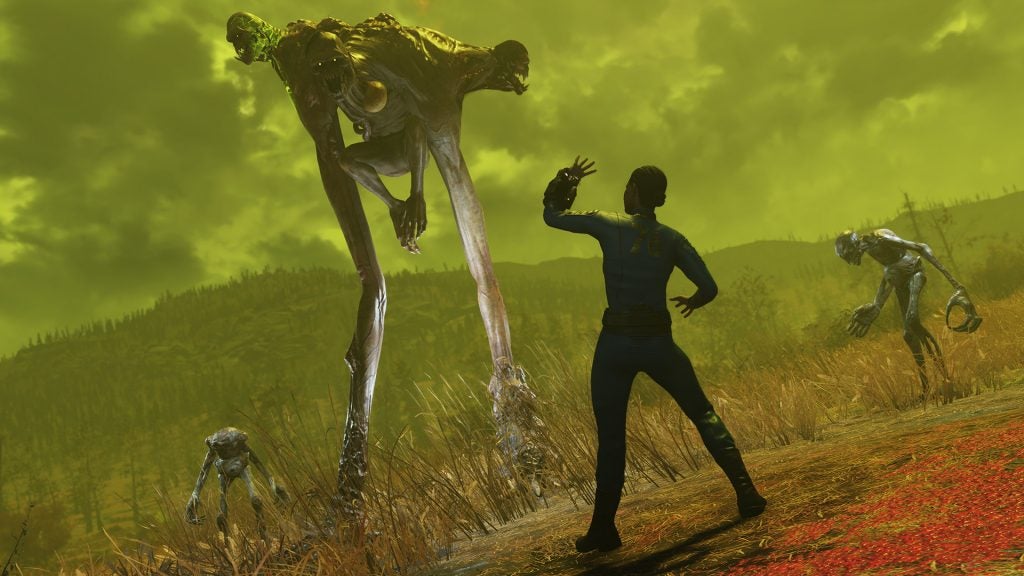 Exploration is supported by all of the systems we’ve come to associate with Fallout over the years, albeit with a few changes that make it more suitable for an online setting. The S.P.E.C.I.A.L system remains, although you now assign points and perks as you level up, unlocking unique cards each with their own traits. It’s well implemented and arguably allows you greater freedom when crafting a character with their own individual set of abilities.

The crafting system is back from Fallout 4 and more comprehensive with additional structures, items and stations to construct. I think the idea is for players to work together to build large settlements consisting of individual camps, but I’m yet to see something like this. People normally keep to themselves, and unless you’re on a Fallout 1st server, the player-created locations you come across will change with each session anyway.

Given it’s what much of the multiplayer interaction hinges on, this aspect of Fallout 76 feels clumsy and severely lacking in depth. You can party up with friends and visit one another, but a way to build larger fortresses you can defend from neighbouring factions would’ve been wonderful. Sadly, no such features have been introduced. Compared to the likes of Destiny and The Division 2, Fallout 76 feels woefully underbaked. 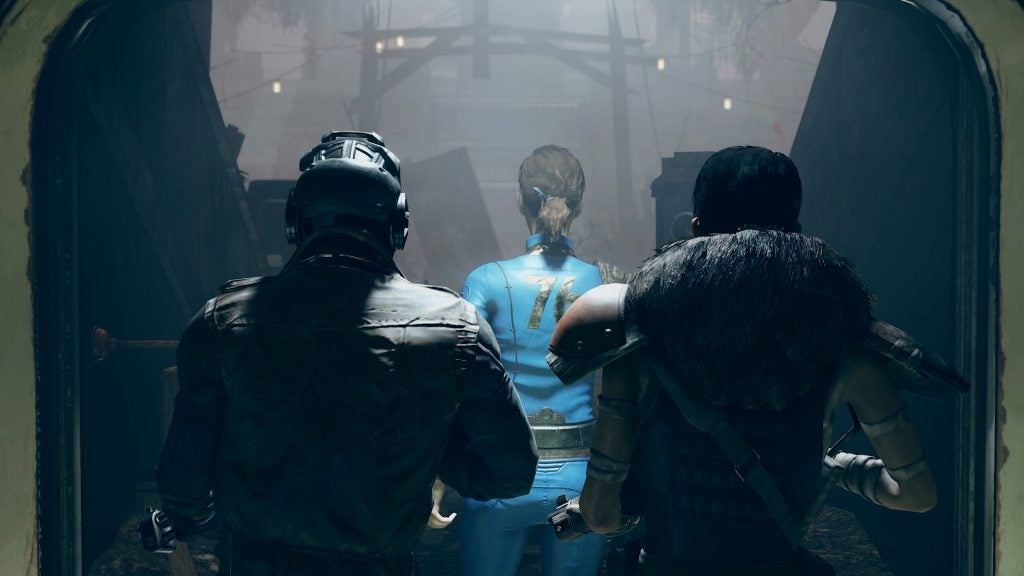 Crafting often feels like a nuisance, with weapons breaking far too frequently and the act of crafting food and drink feeling like a barrier to fully enjoying the game. Fallout 76’s mechanics are far too janky to demand the player keep revisiting them at inopportune times. Healing items like stimpaks are rare enough that you’ll need to rely on these aforementioned annoyances too, otherwise you’ll find yourself stuck in a tiresome respawn loop in later encounters.

Combat itself hasn’t really improved since the days of Fallout 3. I played on PS4 Pro, and inconsistent performance made some encounters a genuine chore. Being ambushed by high-level creatures means you surrender to death, praying it’s grown bored when you respawn, and you can escape.

Otherwise, gunplay and melee combat are serviceable, improved by a VATS system which automatically locks onto enemies and causes extra damage. Even so, many firefights involve you perpetually walking backwards as ghouls rush towards you, dealing constant damage until you’re lucky enough to pull off an accurate shot. For moments like this, it’s easier to pull out a sledgehammer and start swinging. 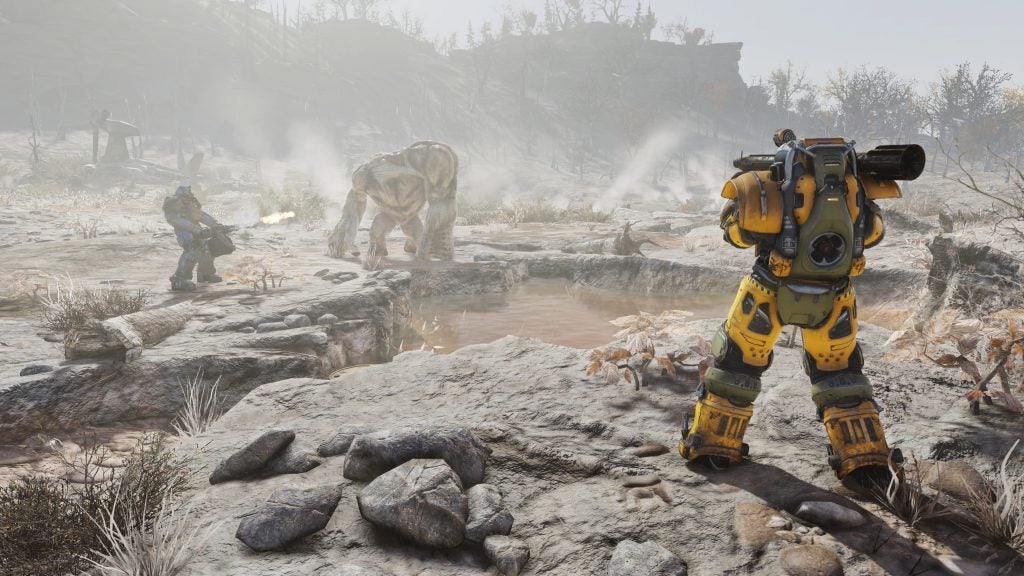 Fallout 76 has improved with the introduction of Wastelanders. The region of West Virginia now feels more alive with an increased populace, deeper quests and a greater focus on your place in its living, breathing world.

But many of its problems remain, and haven’t been improved with such a major expansion. Far few players occupy each session, making multiplayer feel like a lazy afterthought instead of something that defines the experience.

Wastelanders also seeks to craft Fallout 76 into something that resembles its single-player siblings, bringing into question its identity and what exactly it wants to be. Archaic combat, exploration and similar mechanics also feel completely out of place in the modern landscape.

But I still enjoyed myself, and plan to return so I can discover new locations, continue to level up and find out what sits at the centre of Wastelander’s core mystery. As flawed as it may be, there’s something about the Fallout formula that keeps me coming back.

Bethesda’s RPG formula desperately needs a refresh though, with much of what’s available here feeling eerily similar to games that released over a decade ago. It’s downright archaic and needs to change if the series hopes to stay relevant.