E3 2018 Highlights: All the E3 games, trailers and news you need to know about

E3 2018 has almost wrapped up, and this year’s show has seen an assortment of exciting announcements, reveals and surprises across all platforms. There’s a lot get through, so we’ve compiled everything you need to know about 2018 including all the must-see trailers, briefings and more.

The conference itself has opened its doors after we saw a number of press conferences from the key players in the industry. EA and Microsoft got the ball rolling with EA Play 2018 and Microsoft’s own keynote, and Bethesda, Square Enix, Ubisoft, Sony and Nintendo followed with presentations of their own. Read on for full details of everything that has been announced thus far, and keep checking back on this page as we update it with our hands-on impressions of the playable games.

Let’s kick-off by taking a closer look at what the biggest E3 players – including Nintendo, Sony, Microsoft, EA, Bethesda and more – have been up at the world’s biggest games show.

Now that Nintendo has proven the worth of its latest console, the Nintendo Switch, it’s time to bulk out its library with fantastic games.

As a result, E3 2018 gave us our best look yet at Super Smash Bros Ultimate, with a host of new characters announced (Star Fox’s Wolf and Metroid’s Ridley are a playable characters!) and a December 2018 release date given.

We also got the news that Epic Games’ Fortnite Battle Royale will be available on Switch tonight, so you’ve one more platform to play the global blockbuster. The new version will also offer cross-play with the Xbox One, PC, mobile, although PS4 cross-play is not supported.

Finally, we also got our first look at Fire Emblem: Three Houses, an upcoming strategy RPG. That was it in terms of major announcements, although be sure to check out our Nintendo E3 guide for a full rundown.

Overall, it was a somewhat predictable conference. That’s no bad thing, but it would have been nice to see a surprise or two such as an update on Metroid Prime 4. Nintendo knows what it’s doing, which occasionally means it gets a little bit predictable.

It has the hardware, now it needs the games, and Microsoft delivered with amazing style at E3 2018. The console manufacturer’s conference was almost entirely a non-stop announcement bonanza, as game after game received new details, demonstrations and trailers.

The highlight of the show was undoubtedly Cyberpunk 2077, which closed out the conference with its first in-game trailer, but Microsoft also announced all new games ranging from Forza Horizon 4 to Halo Infinite and Gears of War 5.

Third party publishers also saw their games announced at the conference with Just Cause 4 and Devil May Cry 5 receiving debut trailers.

Finally, a number of games we already knew about received their fair share of new trailers including From Software’s Shadows Die Twice, Fallout 76, Crackdown 3, Shadow of the Tomb Raider and Kingdom Hearts 3 received fantastic chunks of new footage we couldn’t help get excited about.

Be sure to check out our full guide to Microsoft’s E3 2018 conference for a full summary of all the announcements.

Although Sony made a handful of announcements in the run up to E3, such as announcing that popular VR game Beatsaber will be coming to PlayStation VR and finally giving zombie game Gone Home a release date, we got the main bulk of information from Sony’s conference.

Here, the focus was on giving extended looks at a small number of big games. We saw an extended piece of gameplay from  The Last of Us Part 2, Spider-Man and Ghosts of Tsushima, and Death Stranding made another appearance that was just as bizarre and confusing as ever. It was a mixture of gameplay and cinematics, but still pretty damn confusing.

There were a couple of smaller announcements thrown into the mix as well. Nioh 2 and Remedy’s Control was revealed, and we also saw a brand new PlayStation VR announcement from FromSoftware, Dérasciné.

Oh, and there was yet another Kingdom Hearts 3 trailer, because we haven’t seen enough of that game already at E3 this year.

Overall, the conference didn’t have nearly the amount of punch as what Microsoft had to offer. It’s not that anything we saw was bad, but the conference was lacking in surprises, and it was a shame not to see any new titles announced.

Personally, we hate going first, but EA seems to relish it, and scheduled its own press conference for the Saturday before E3 2018 kicked off. During the show, it attempted to focus equally on big-budget AAA titles as well as smaller indie titles.

We saw small glimpses of Battlefield 5 and FIFA 19. The former received an announcement that it would be getting its own Battle Royale mode in an update after its release, and the latter will feature the UEFA Champion’s League.

Indie titles like Sea of Solitude and Unravel 2 also got demonstrations, and the latter even got a surprise announcement that it’s available right now.

Saving the best until last, Anthem received a huge amount of new information through a cinematic trailer and developer insight into gameplay, story and how monetization will work in the upcoming RPG (in short: there’ll be cosmetic items to purchase but no loot boxes). Bioware also provided us with plenty of new footage of Anthem in action. It looks fantastic, and could really be something special.

Bethesda’s conference this year was a slightly odd mix of games that we should expect very shortly, and others that won’t be available for years to come.

Representing the latter were The Elder Scrolls 6 and Starfield, while in the former camp we got a November release date for Fallout 76 and the announcement of an ambitious new cross-platform Elder Scrolls experience called ‘Blades’ which will bring together platforms as diverse as mobile phones and PC virtual reality.

Rage 2 received a new gameplay trailer, and we can’t wait to try out the game for ourselves.

Doom received a sequel with Doom Eternal, and Wolfenstein Youngblood will offer another opportunity to kill some alternative history Nazis.

Check out our full coverage of the conference on our Bethesda E3 2018 page.

Ubisoft brought some serious fun at this year’s E3. Opening its conference with a big marching band (a tie in to Just Dance 2019), the publisher then had a developer drive a motorcycle into the auditorium to announce Trials Rising.

Elsewhere it was a more predictable conference. Beyond Good and Evil 2 got a new trailer after its surprise announcement last year, and Assassin’s Creed Odyssey was fully detailed featuring RPG elements and a choice of assassins to play as.

The Division 2 received a host of new details, including the news that the game will feature raids for the first time, and Skull and Bones got another pair of trailers.

Finally, Nintendo made a brief appearance to announce Starfox for Starlink: Battle for Atlas, a new toys-to-life venture by Ubisoft.

Square Enix haven’t done their own presentation at E3 for a number of years, and its presentation this year was a good indication of why. The company just didn’t have anything new to announce, so while we got extended looks at Kingdom Hearts 3, Shadow of the Tomb Raider, and Just Cause 4, the presentation was light on new details.

That being said, Platinum Games’ Babylon’s Fall looked incredibly cool, and could be the cryptic action title the studio has been teasing in recent months.

Check out our full guide to Square Enix’s presentation for a complete overview of what was announced. 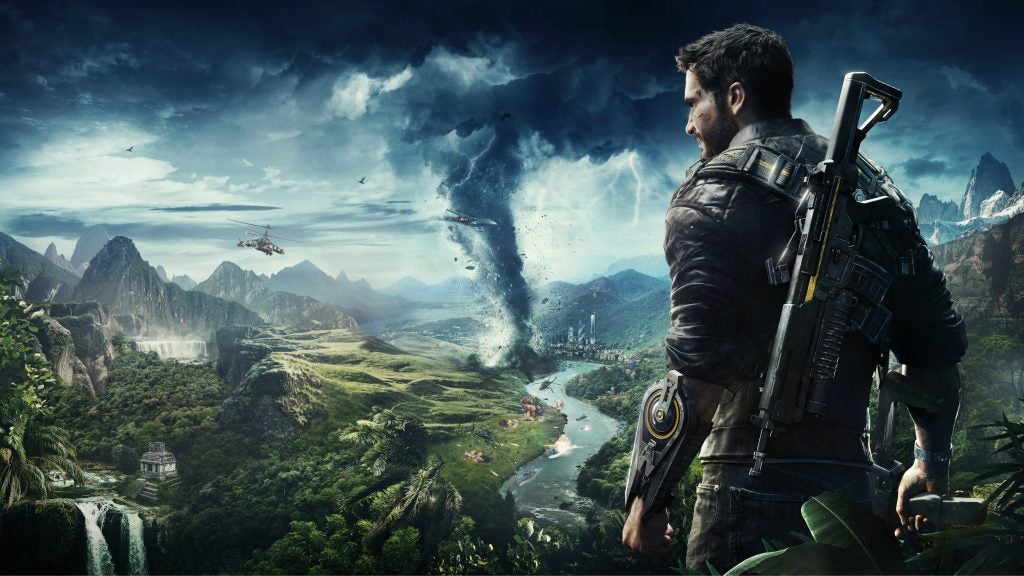 The big publishers such as Sony, Microsoft, Bethesda, EA, and Nintendo will be holding press conferences and streams ahead of the event itself. You can find out times and dates of all these conferences below. 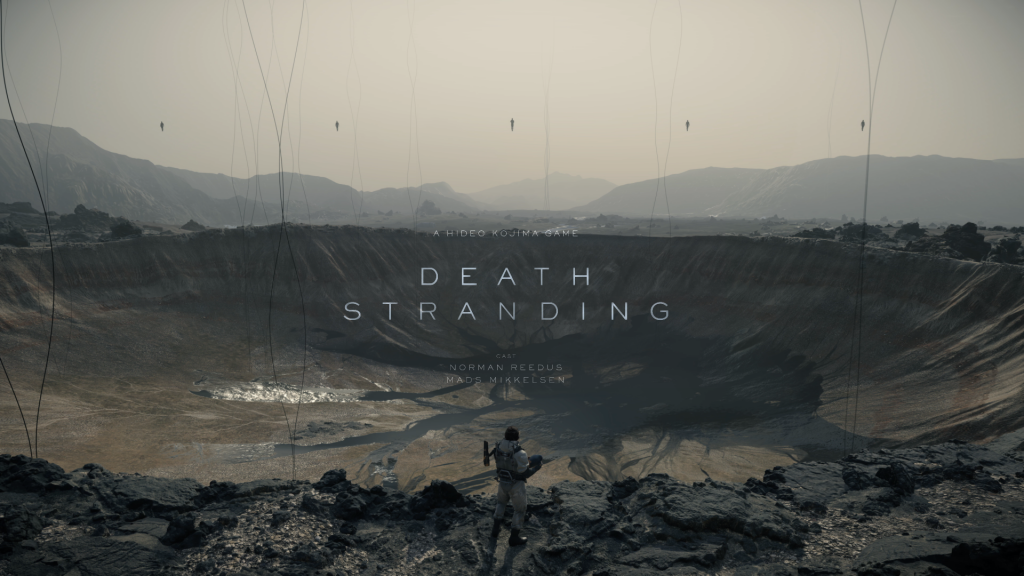 E3 will once again be open to the public in 2018 with tickets for the convention now on sale. Tickets will soon be available on the official website. The ‘Gamer Pass’ for the first 1000 customers will cost $149. Following that, it will be increased to $249.

It’s also worth noting the general public will be allowed in three hours after industry professionals, which accounts to 2pm on Tuesday, June 13 and 12pm on Wednesday, June 14.

Press conferences from the likes of Nintendo, Sony, Microsoft and EA happen in the days preceding E3 proper, and we’ve compiled all of the confirmed times and dates thus far below:

What’s been your best moment from E3 2018 so far? Let us know on Facebook and Twitter @TrustedReviews