If you thought 2016’s DOOM reboot was over-the-top, then you haven’t seen anything yet. Id Software is back in action with DOOM Eternal, which takes the modernized rendition of the first-person shooter classic and revs it up to an incredible degree — from more grotesque demons to demolish to even more deliciously violent takedowns and plenty more.

Trusted Reviews has compiled everything you need to know about DOOM Eternal after the closer look we got at Quakecon, including all the latest news, release date, gameplay trailers and more! Bethesda has confirmed that DOOM Eternal will be in the spotlight at E3 2019, so expect a release date in the coming months, too.

DOOM Eternal release date – when is it coming out?

At E3, Bethesda confirmed November 22, 2019 was DOOMsday, capping off a stellar summer of shooting goodness from id Interactive.

Currently, launch is planned for PS4, Xbox One and PC in addition to the Nintendo Switch, with that port being handled by Panic Button, the company responsible for the Switch ports of both Wolfenstein II and the rebooted Doom.

Bethesda has confirmed that it will be one of the major publishers returning to E3 2019 to put on a traditional conference. The Showcase is set to feature an in-depth look at the publisher’s upcoming games alongside a few welcome surprises.

Of course, this includes DOOM Eternal, which id Software has confirmed will be at the show. Given Bethesda’s habit of showing games at E3 that launch before the end of the year, we imagine we’ll be seeing plenty from Eternal in the coming months. 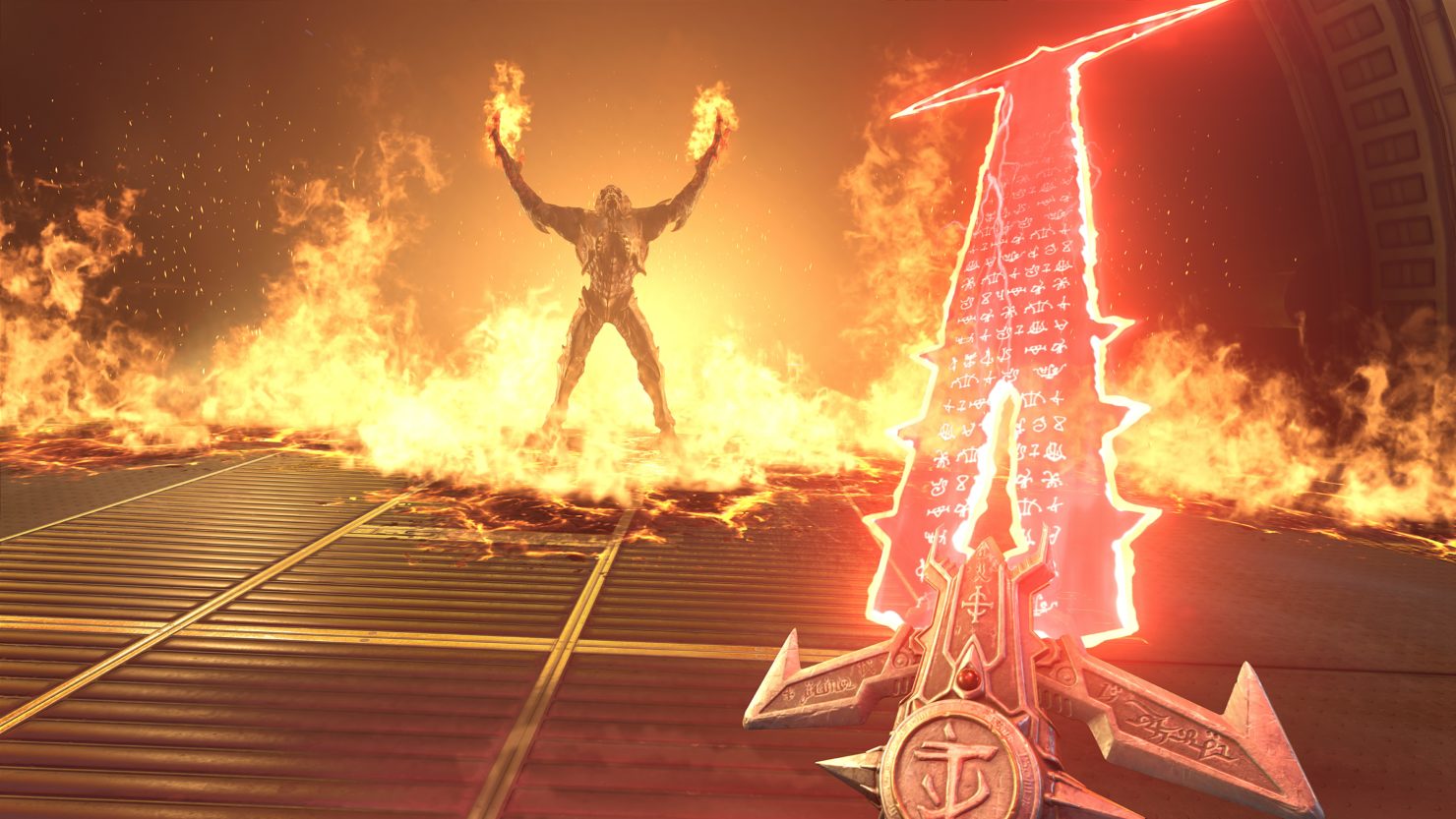 DOOM Eternal – what is it?

Doom Eternal is the fifth main game in the legendary shooter series, but more notably, it’s the follow-up to the aforementioned modern revival. It takes that impressively well-honed approach, with its speedy and satisfyingly swift action, and seemingly amplifies it to a whole new level as the Doom Slayer hunts his ample prey through fiery, demon-infested locations on Earth.

The Doom Slayer was already suitably badass the last time around, but now he has some new tools and abilities to help make even quicker work of his prey. For example, he has a blade attached to his left arm that can be used to slash foes in half and rip out their organs (and stuff them into different openings, no less). He also has a grappling hook that uses enemies as an anchor, letting you swing from point to point by finding a new foe to penetrate. Along with some well-placed poles to swing off of, it adds more verticality to the experience.

Eternal also brings back some classic enemies from the pixel-packed originals, all reimagined for the modern era, and they’re gradually destructible: each will visibly deteriorate as you blast, pummel, and detonate them. And there are fresh weapons, as well, including some sort of phenomenal rune-engraved laser sword that appears at the tail end of the QuakeCon demo. There’s also a “Super Shotgun Meat Hook mod,” which we can’t wait to see in action.

The campaign action is mostly set across fiery hellscapes, but the QuakeCon demo also showed off some fabulous-looking new terrain, such as intricately-designed fantasy castle locales. The new idTech 7 engine allows for vastly more detail and geometry than before, which makes for vaster and more involved environments.

It’s a direct sequel to the 2016 reboot, something that is immediately obvious from the DOOM Marine himself and the denizens of demons hungry for bullets in the debut trailer. Mick Gordon has also returned to compose the soundtrack, ensuring we’ll have plenty of metal brilliance to rock out to while vanquishing evil. 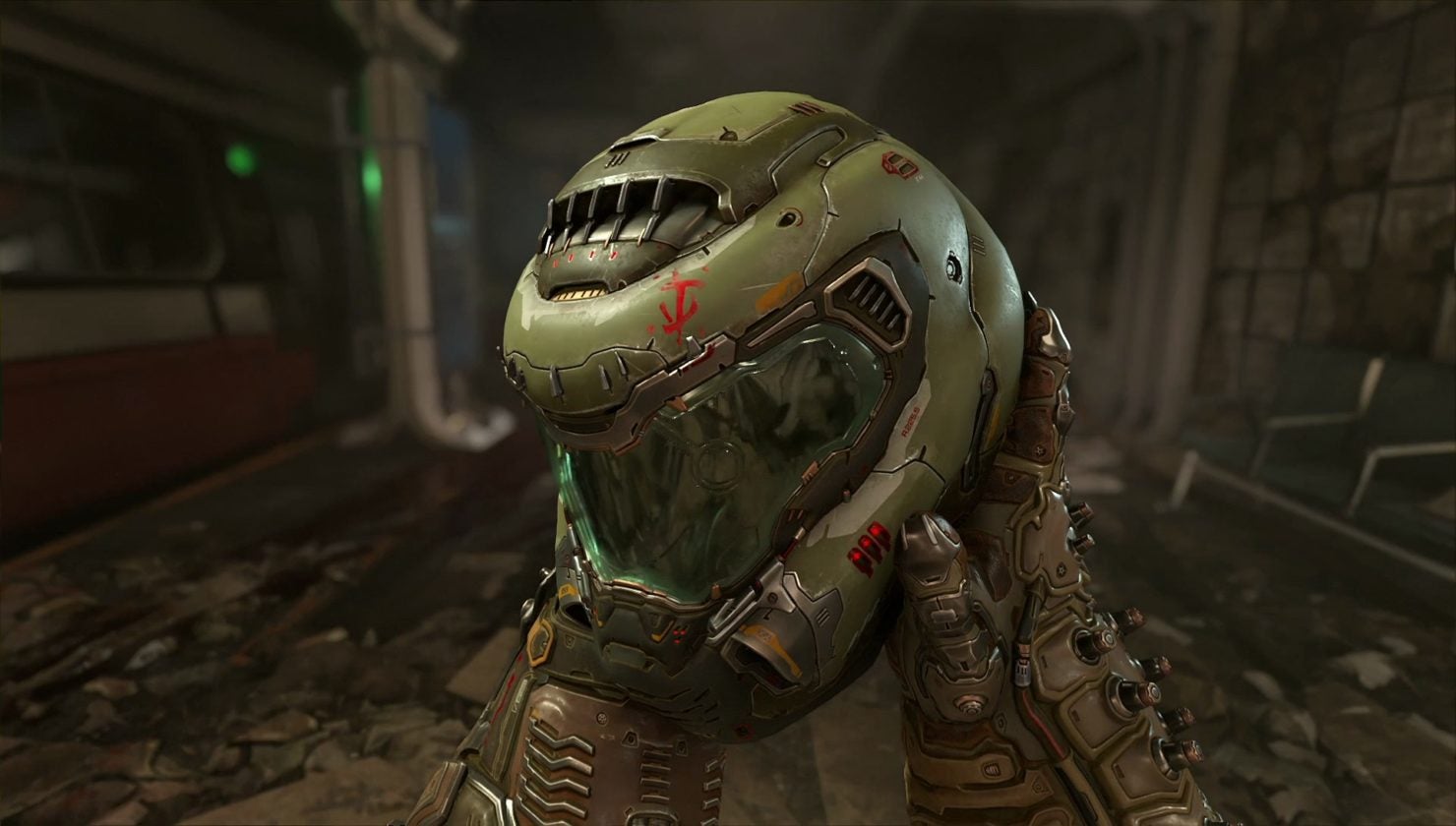 DOOM Eternal Trailer – how does it look?

Want to see 25 minutes of Doom Eternal gameplay, fresh from Quakecon? We’ve got you covered.

Want to see the the official E3 teaser? Right this way!

DOOM Eternal Gameplay – How does it play?

No in-game footage has been shown thus far for DOOM: Eternal, with a more substantial debut to take place at QuakeCon in August. Considering the relatively small gap between Eternal and its predecessor, we imagine many of the same elements will return with a bunch of welcome refinements.

We expect the return of fast, frantic gunplay alongside glory kills and classic weapons ripe for experimentation. Time will tell whether the multiplayer mode will return, which received a lukewarm reception compared to the beloved campaign. One thing we’d love to see is the arcade mode implemented as a post-launched update available right away in DOOM: Eternal.

Doom Eternal multiplayer: What are invaders?

Here’s an interesting new twist for Doom Eternal: online players will now have the ability to take the role of demons and “invade” another player’s campaign. It’s a strictly optional feature, in case you prefer to slay solo, but that should add a fun new wrinkle to the Doom experience. It will also finally provide an opportunity to experience the game from the other side of the shotgun in a campaign scenario.

Doom Eternal will also offer a more traditional take on competitive multiplayer, although it’s not yet clear what that will look like. The last Doom’s multiplayer, developed with external partner Certain Affinity, was widely seen as weak compared to the strong solo campaign.

We’ll surely find out more about the multiplayer experience and other elements of the game as Doom Eternal’s expected 2019 release nears.

Are you ready to slay demons in DOOM: Eternal? Let us know on Facebook and Twitter @trustedreviews.