In development at Avalanche Studios, Rage 2 is a sequel none of us expected when it was revealed at E3 2018. Despite a bit of reluctance, it looks and plays wonderfully from the brief time with had with the upcoming open-world shooter. You are The Last Ranger, left alone to explore a post-apocalyptic world littered with strange creatures, hostile punks and endless loot waiting to be uncovered.

Trusted Reviews has compiled everything you need to know about Rage 2 including all the latest news, release date, trailers and our hand-ons preview with 90 minutes of the latest build.

Where is our Rage 2 review?

Our Rage 2 review will be coming your way in the next few days, for now, read on to check out our hands-on preview impressions.

Avalanche Studios has announced that Rage 2 will receive two major expansions after launch, both of which will be available for purchase individually.

Rage 2’s first expansion – Rise of the Ghosts, will launch in August 2019. The second, currently untitled expansion will arrive later in the year. How much they will cost remains unclear.

The above graphic provides a handy insight into all upcoming content, much of which will be available for free to all players. Wasteland challenges, weapon skins, cheat codes and other cosmetic goodies are among them, as is the Day 30 update.

Rage is an open world first-person shooter set in a sprawling wasteland similar to the first game. Players will be in possession of an assortment of lethal weapons including the absurdly stylish Wingstick.

Although the original was developed by id Software, development duties for this instalment have passed to Swedish developer Avalanche Studios, who previously developed the three previous Just Cause games. 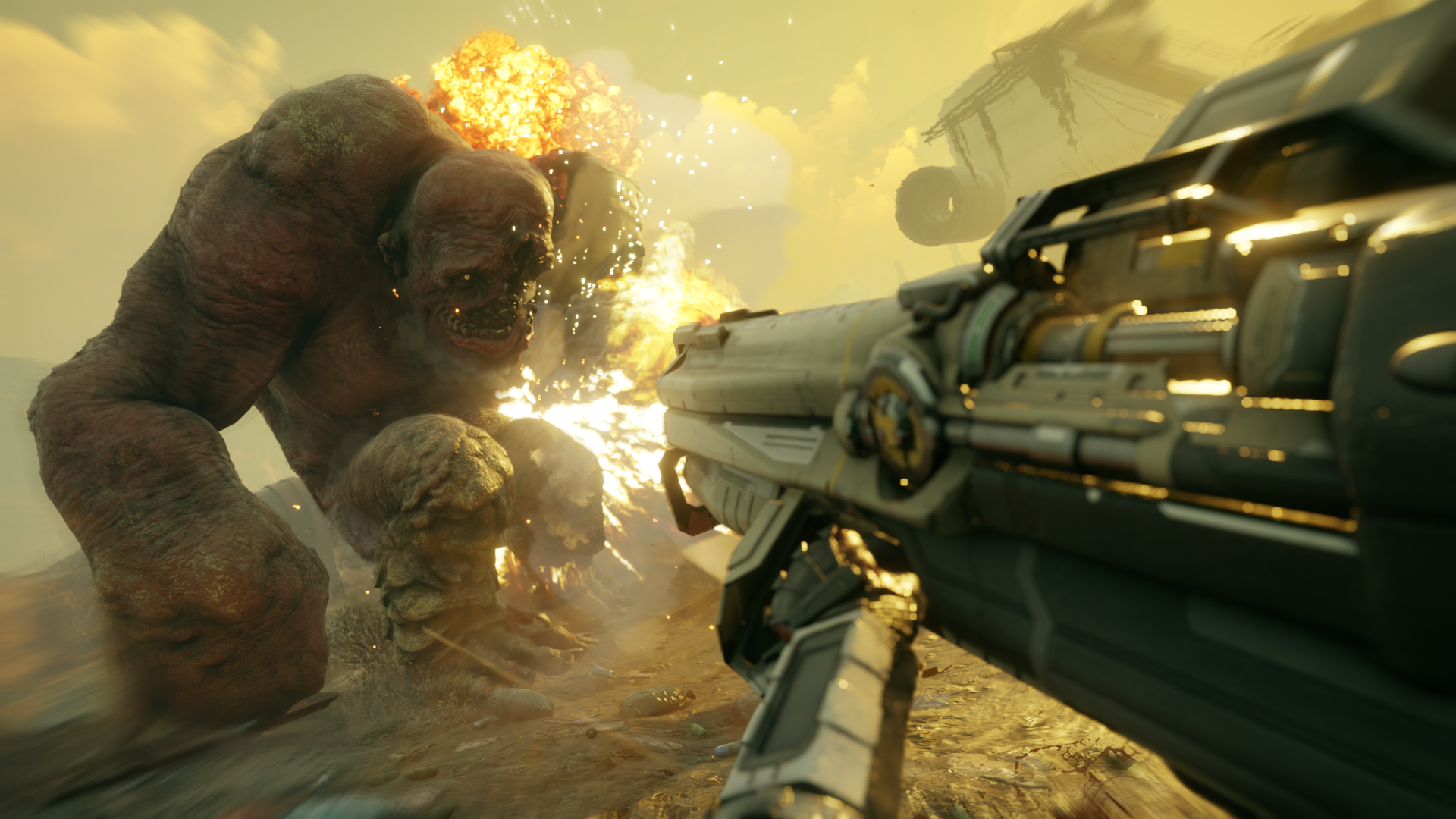 Vehicles will play a large role alongside the mountain of firearms you’ll be shooting about the place. The first trailer showcases several different varieties, many of which give off the impression that players can customise things however they like.

The original post-apocalyptic shooter ended on a surprise cliffhanger that left dedicated fans clamouring for more, and they haven’t received any resolution for eight long years.

Many of them are probably hoping for a sequel that addresses those events, and considering the title, we may see just that.

Rage 2 trailer – How does it look?

The announcement of Rage 2 took everyone by surprise. Id Software’s first-person shooter was under the radar for many back in 2010, cementing itself as a beloved yet ultimately forgettable footnote in the genre’s history. It was a visual marvel, arguably one of the generation’s finest, but simply failed to capture an audience that would stand the test of time.

Rage 2 aims to continue that story, taking place in the same post-apocalyptic world but hurling us 30 years into the future. The dystopian society is a warped collection of evil corporations, blood-thirsty factions and wild creatures ready and willing to tear your throat out. Luckily, you have lots and lots and lots of guns. Seriously, there are so many.

Playing as Walker, either of male or female persuasion, you must make your presence known in the wasteland by befriending great leaders and obliterating anyone – or anything – stupid enough to stand in your way. Be warned, it gets rather bloody. 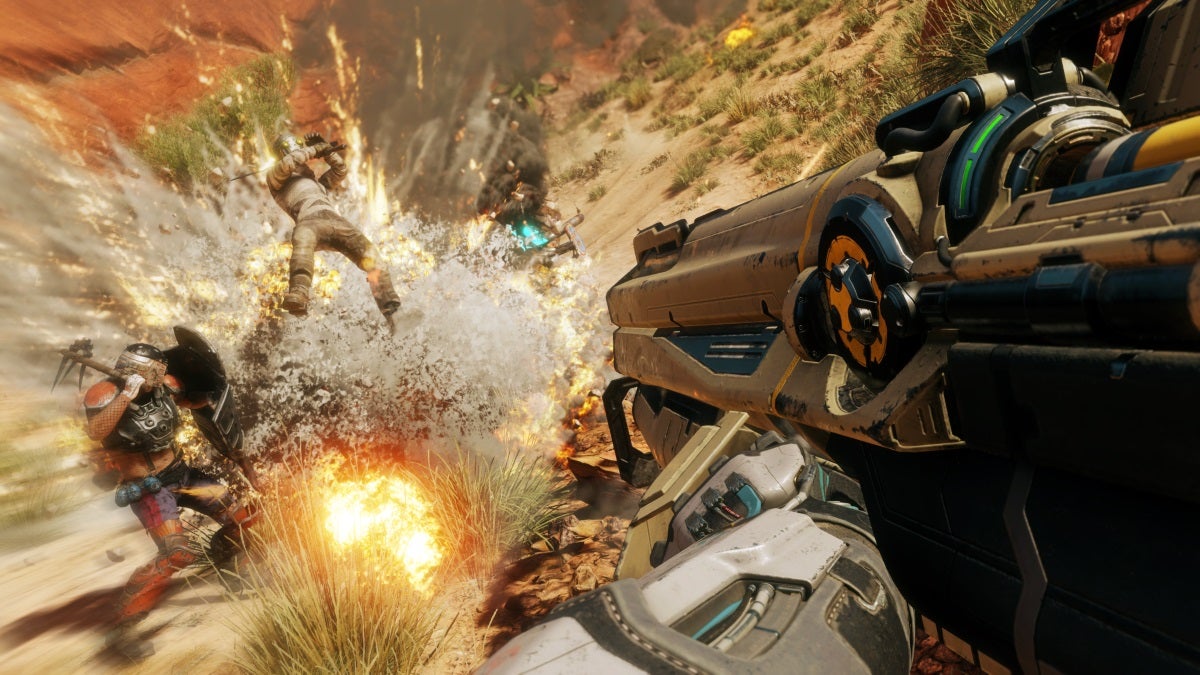 Rage 2 feels like a clever combination of DOOM and Titanfall 2, combining the best qualities of each respective shooter formula into something that feels awesome to play. Every weapon, whether it’s the standard pistol or assault rifle, unleashes bullets with a delicious weight that makes every hit you execute a bloody moment of satisfaction. Id Software’s established history with the genre is all over this thing, even if Avalanche Studio is the main developer.

My last experience with Rage 2 was a brief 20-minute demo that hardly touched upon its more engaging elements. I was filtered through corridors with only a sparse few weapons and abilities with which to experiment. It was still a hectic blast, but only now have I seen what Rage 2 is capable of when it fires on all cylinders. I also caught a healthy glimpse of the open world, bombarded by luscious shades of pink and yellow across scorching desert landscapes.

My journey begins in the bustling city of Wellsprings, a setting from the original game many fans will recognise. Avalanche Studios seems keenly aware of it, having altered the layout but keeping the atmosphere, visual touches and even some of the crumbling landmarks untouched. Acting as one of the first major hubs, it’s filled with characters with whom you can interact to purchase goodies and take on missions. The developers encouraged me to follow a strict mission path, so off I went to greet the town’s newly elected mayor.

Stumbling up to her front door she doesn’t appear happy to see me, but hardly has a choice to cooperate as hordes of wild bandits begin storming the building. Right away, the dynamic combat comes alive. I unleashed an ability that forced a nearby thug up into the air, leaving him vulnerable to a flurry of bullets to the chest.

He’s down, but a gaggle of bad guys at the other end of the room are ready to strike. How do I respond? By leaping up into the air and delivering a devastating ground-pound. All that’s left behind is a rather unpleasant pool of blood and several limbs strewn about the place. Lovely stuff. 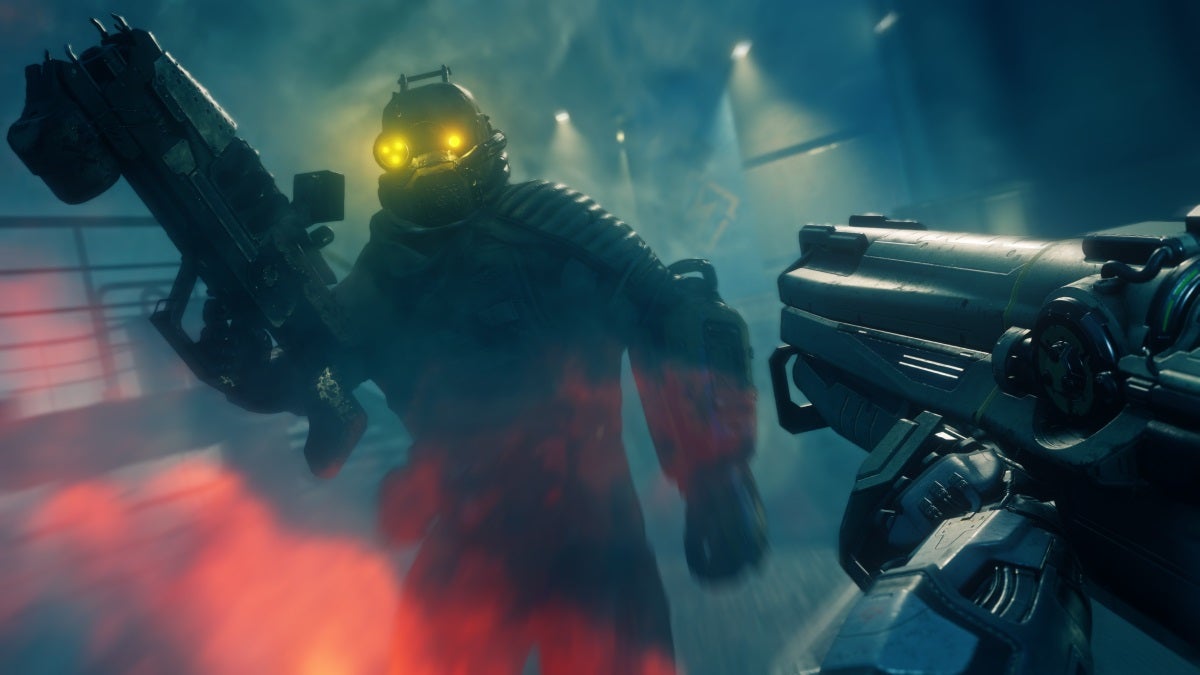 The mixture of confined interior spaces and the sprawling deserts of Rage 2’s open world contrast wonderfully against one another, giving you different playgrounds to hone your growing repertoire of powers. I only had a few abilities to play around with in the 90 minutes I played – I didn’t touch the upgrade system – but the variety available seems geared towards player choice and causing as much mayhem as possible. It’s excellent fun, and the setting only works in its favour.

Rage 2’s vision of a ruined planet is far wackier than before, feeling closer to Borderlands than Fallout. Its sense of humour seemingly relies on being outrageous, so much so that NPCs are labelled with names such as “Brexit” and “Titty Sprinkles” as voiced characters lure you into strange, uncompromising situations that seem to miss far more than they hit. Granted, I’ve only seen a slice of the whole pie, and can’t wait to see how the rest shapes out.

Once you leave the comfort of Wellsprings you’re quickly gifted with an armoured vehicle packed with outrageous weapons. My ride moved with a substantial weight as I veered round corners, my on-board weapons automatically locking onto rival cars and pedestrian enemies as I went. Crashing into them feels amazing, adding versatility to the combat system as you hop between feet and car at the touch of a button.

This is where I came across my first major Outpost, an activity that involves murdering countless enemies and completing specific objectives. This abode required me to destroy oil canisters to cripple the rival’s resources. As an added bonus, any bad guys who happened to be standing nearby were blown into gory little pieces. 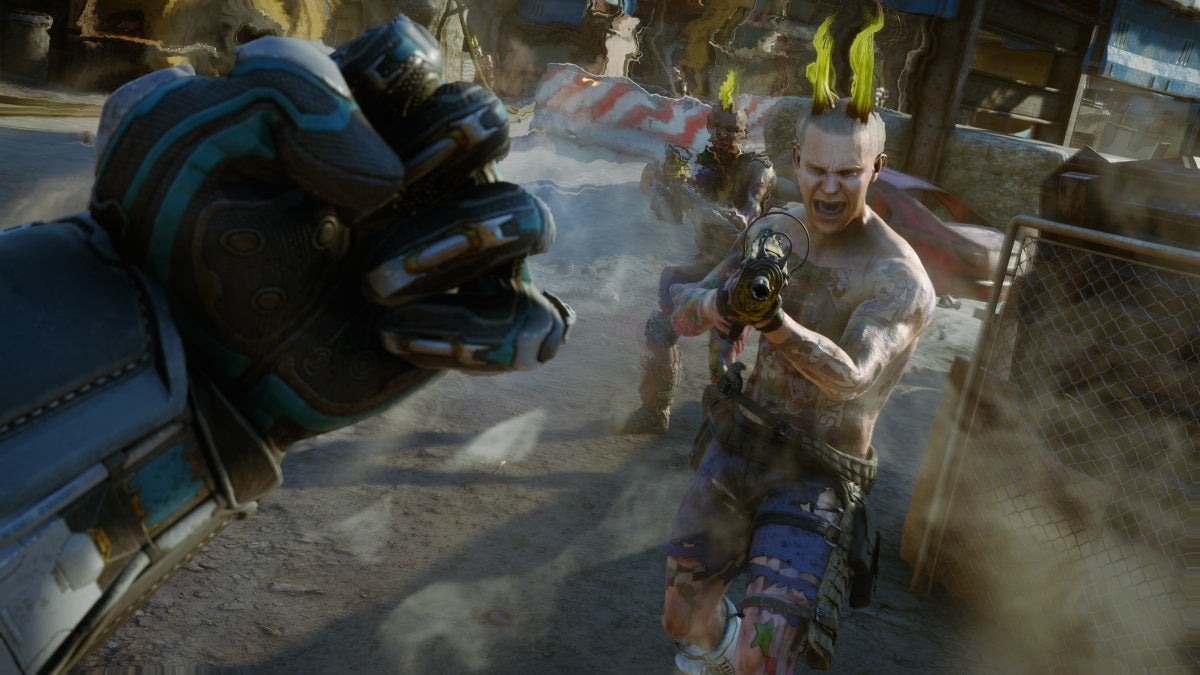 Outposts, like nearly everything else in Rage 2, are engineered to enable absolute chaos. I found myself using each one as a testing ground for each power, trying them out on unfortunate subjects as I learned new abilities. They’re simply perfect for this, consisting of varying sizes that actively encouraged me to mix things up. I sincerely hope that Rage 2 continues to surprise out of the opening area, since it has so much going for it.

I only encountered one notable downside in my time with Rage 2, beyond a few ropey visual issues you’d expect from a pre-release build, and that was a wave-based coliseum I had to endure to progress a mission. Locked in a bland, square room and flanked by a few ineffective traps, mutants are thrown at me as I shoot blindly, knowing it is only a matter of time until I would emerge victorious. I think throwing the player into such a small space with little opportunity to use all of their powers is a terrible idea, and shows Rage 2 at its worst.

There’s anything wrong with horde-based modes such as this, but it notably lacked the imagination that is otherwise in abundance elsewhere in the game. If Rage 2 does lean into this sort of mission in the full release, I’d love to see things expanded with more exciting locales and enemy varieties. Perhaps add bonus objectives similar to Outposts to spice things up? Similar arguments can be raised at a brief racing section  which, although perfectly fine, felt out of touch with what Rage 2 is all about.

While a bit abrasive at times, it’s hard to deny that it isn’t a whole lot of fun. I never expected to be enjoying a sequel to Id Software’s underdog shooter in 2019, but here we are.