Sporting a brand new setting, gameplay engine, and a procedural weather system, Just Cause 4 is shaping up to be the series’ most ambitious entry yet, and it’s coming this year. Avalanche Studios has looked at the parts fans adore about previous games and dialed them up to eleven. That means explosions, vehicles, and destruction are all bigger than ever.

Trusted Reviews has compiled everything we know about Just Cause 4 including the latest news, rumours, trailers and our hands-off preview.

What is Just Cause 4?

Just Cause 4 is the next entry in the bombastic Just Cause series. This time the action has moved to a fictional South American country and new gameplay will be offered by a new customisable grappling hook. ‘Extreme weather’ will also offer more variety in how you have to handle the game. 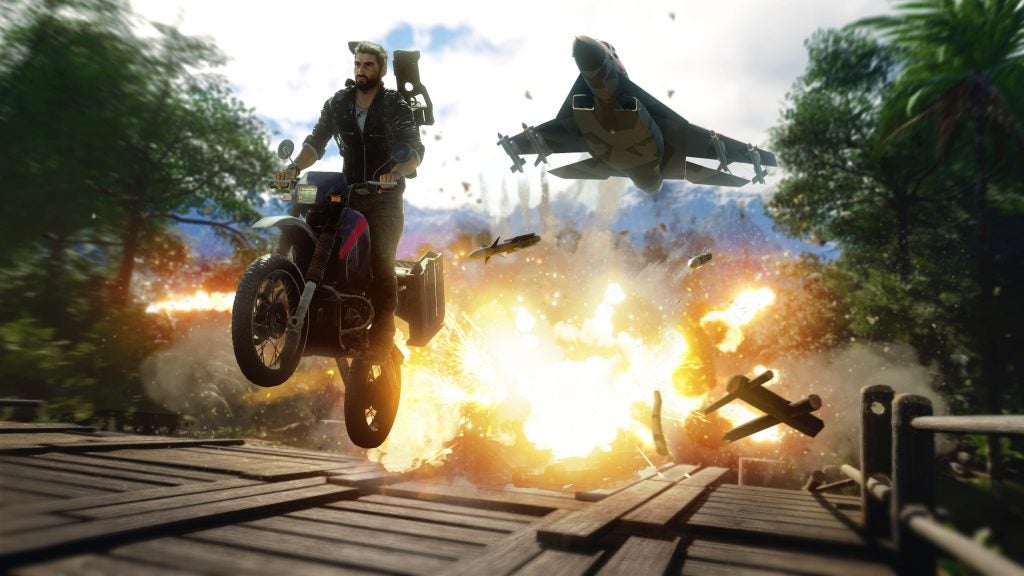 Just Cause 4 release date – when is it coming out?

Thankfully, we won’t have long to wait before we get to play the game, with a release due on December 4, 2018.

Just Cause 4 trailer — see the game for yourself

We’ve so far seen two trailers for Just Cause 4, an announcement trailer and a more lengthy look at its gameplay. You can watch both below.

Just Cause 4 Gameplay Preview — What can you get up to?

We were treated to an extended hands-off gameplay demonstration of the game at E3 2018, as a member of the development team ran us through the expanded functionality of the grappling hook, and showed us how the game’s new ‘extreme weather’ can show up to seriously ruin your day.

Traditionally, the grappling hook was for…well…grappling. You could either grapple yourself towards elements in the environment or else take things a step further by attaching two objects together with it.

What’s new is its customisability. Hopping into a menu lets you change its functionality, so rather than attracting two objects together, you can have them propel each other away, or propel themselves through the air with reckless abandon.

This was especially useful at one point in our demonstration when we were shown how this could be used to get a crane to spin on its axis, turning the shipping container it was holding into a wrecking ball.

Alternatively, you can attach small balloons, similar to the fulton extractors found in the Metal Gear series, to have objects float up into the air. Combined with the boosters outlined above, you can turn items into gravitating, rocket-powered, battering rams. 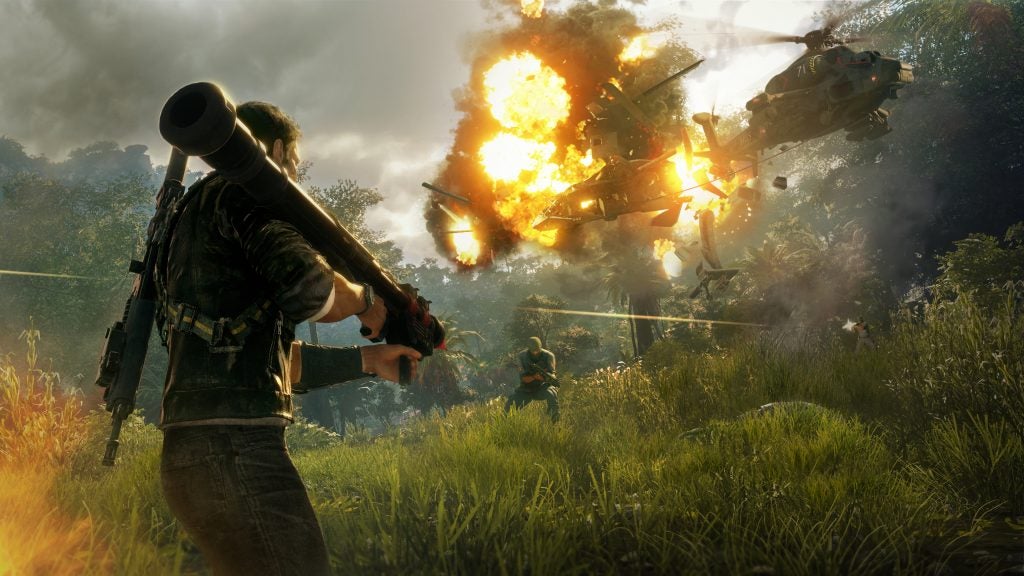 Having this much control over your environment is helpful when the environment can turn on you at a moment’s notice, with tornadoes sent through missions to suck everything from airplanes to bridges up into the sky.

One such segment allowed our demonstrator to show off perfectly how the environment can be both a useful ally and a formidable foe. The mission began with Rico in a storm chaser truck, a vehicle so heavy that it can’t be thrown into the air by winds strong enough.

Traditionally we believe it’s customary to run away from environmental events like hurricanes, but our demonstrator had other ideas.

Instead, he barrelled towards the chaos, and soon we were at an airport, using a variety of weapons and items to take down four anti-aircraft guns. 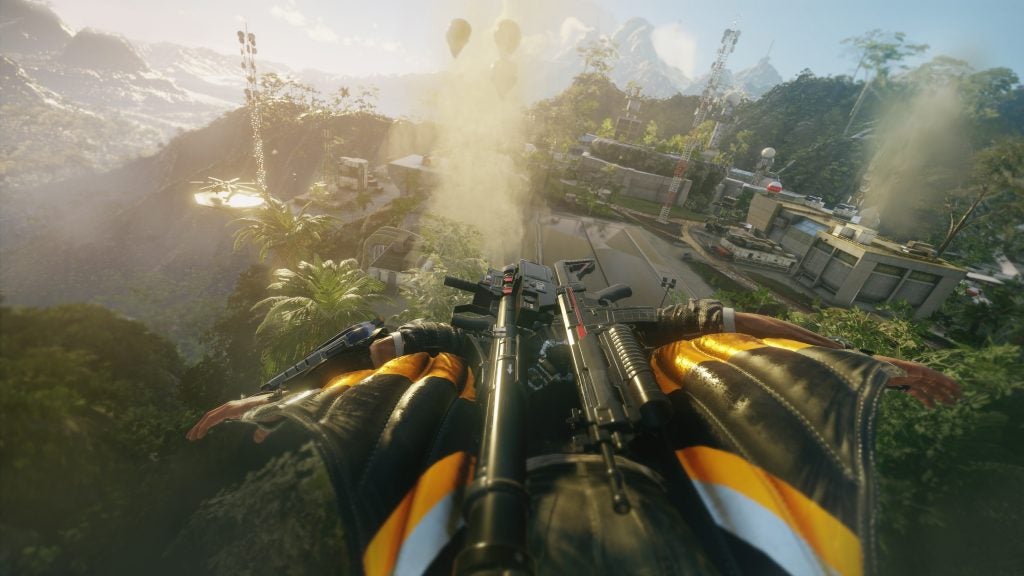 The first and third were the most traditional. Rico pulled out a comedically big railgun and shot at both of them until they exploded into a thousand pieces (which, incidentally, appeared to immediately get sucked up into the storm).

However, it was with the second that the grappling hook came into play, with the booster attachment used to send the gun emplacement flying from its perch.

For the fourth, Rico used a more traditional rocket launcher, although he set the scene by throwing a small automated drone up into the air first to shoot down any foot soldiers that were trying to take him down while he got to work on the gun itself. This was a task made more difficult by the way the wind from the hurricane kept throwing off the aim of his rockets, but eventually, he found success.

With the fourth gun destroyed, our gameplay demonstration came to a close.

From the looks of things, Avalanche has understood exactly how people like to play a Just Cause game. The fourth entry is as much about being creative with your destruction as it is about completing missions and it looks to be all the more impressive as a result.

If Just Cause 4 can keep up a similar amount of variety throughout the entire game, then it could end up being an exceptionally fun sandbox experience.