It’s hard to talk about Madden NFL 19 without talking about its real player motion technology.

Real player motion sounds like something every sports simulation should have because, if it doesn’t, you’re going to end up with something closer to NFL Blitz than anything Madden has ever produced. But that’s exactly the big new change to come in Madden NFL 19 and, despite its questionable name, it really has changed almost every aspect of the experience.

The fancy real player motion tag is really just a good way of grouping a lot of subtle changes together, but when you start to break it down it becomes clear just how impactful these changes are, and how they create the most realistic and satisfying Madden yet. After switching to the Frostbite engine last year, the team has reformed the physical side of things, which has resulted in better control over the run game, top players having signature styles and actions, and of course some much bigger hits.

With new rules coming in to better protect players in the real NFL, it seems a little strange that the Madden team would make big hits feel as good as they do, but smashing into a running back who tried to make a big cut with a full-speed linebacker is insanely satisfying. With tons of new animation options for tackles you never really feel like you were unfairly brought to the ground. 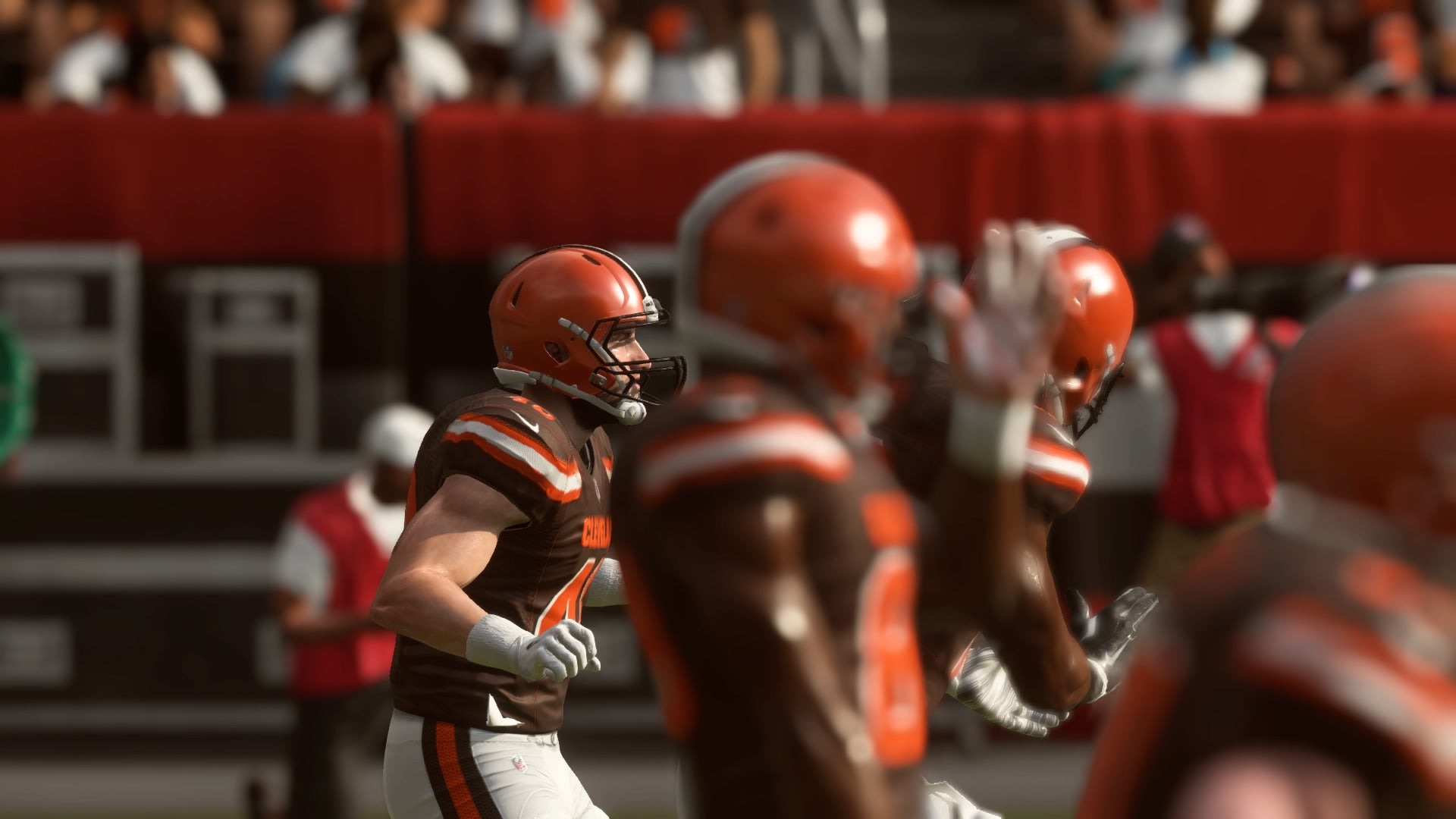 Even after the play is dead the new focus on moments has brought some big changes, with players now returning to their feet in more realistic ways. No longer will they seem to levitate up, or try to climb over six other people to return to the huddle. It’s still not quite perfect, with a few instances of players trying to hug each other as they stand up, but it sure makes things look a lot better than previous years.

Elsewhere, most of the improvements have been made to when you have the ball in your hands as a runner. A whole host of new movement options have been added, most of which come from the ability to slow down your full speed sprint by letting go of the R2 button. Flick the right stick in a direction at the same time and you will make a sharp cut and hopefully watch the defender fly past you. Then if you manage to time it right you can hit the R2 button again to accelerate out of the cut with speed and with a bit of luck have a clear run to the end zone.

This is just one of a heap of changes for runners, with other additions such as hitting the hole with the right stick allowing you to burst through a tight gap in the line, or being able to push your linemen to create a gap for you to hit, making the run game feel better than ever. Sure, everyone still wants to hit that awesome 75-yard post route for a touchdown, but now breaking through the line and juking a couple of defenders is just as satisfying and equally as likely to happen.

It may be a marketing buzzword but the real player motion system changes enough on the field that it feels new, and easily the most enjoyable on-field experience in a long time, but at the same time, it still feels like the Madden we have become accustomed to in the last few years. Subtle additions such as signature movements and behaviours for the big stars, which will see Aaron Rodgers constantly adjusting his thigh pad, for example, only add to the realism. 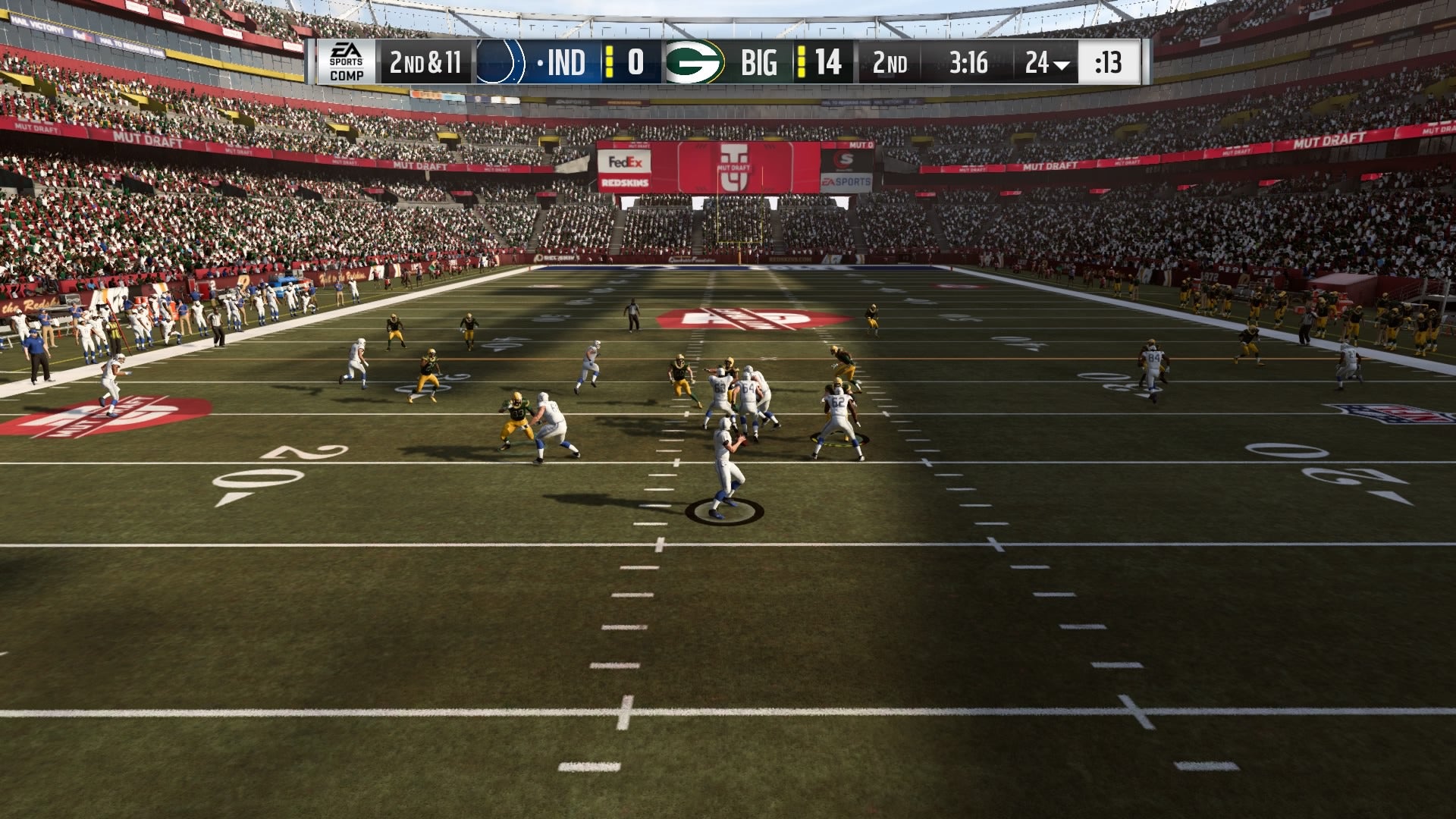 Off the field, the changes become a little less noticeable. Along with multiple quality of life improvements and improved visuals, the big new change to Franchise mode are schemes having a direct impact on players. Now, offense and defense runs will have an impact on how well a player fits into your team, and if they don’t fit your style then you will want to use the streamlined upgrade system to make them fit your system.

It’s a small change and one that will disappoint those who like to min-max their players by only upgrading certain attributes, which is no longer possible, but one that makes it easier for newcomers to understand and adds an extra thought process when drafting and bringing in free agents.

There is also the addition of custom draft classes, which allow you to edit pretty much everything about all players in the draft class. Now chances are that few people will actually create a perfect draft class of up and coming stars from the real world, but thanks to a very easy to use sharing system you can grab one of the community made classes and draft the NFL stars of tomorrow.

Over in the world of Madden Ultimate Team, the only real addition of note is MUT Solo Battles, which allow you to take on the AI in a battle and nab some serious rewards if you do well. It’s a nice distraction that probably should have been added a while back, and can offer a decent challenge, but it probably won’t be where you spend most of your time. 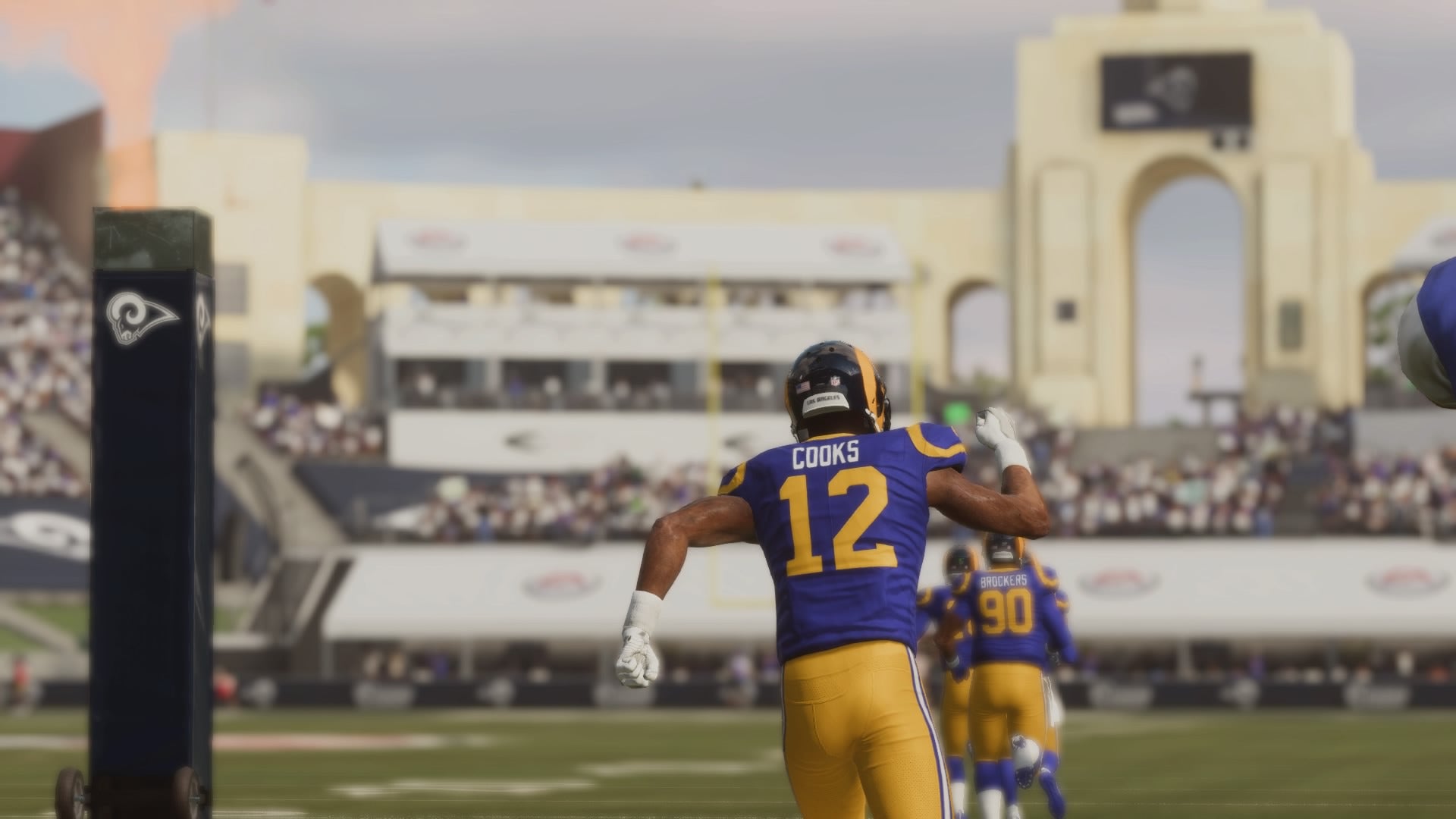 The real surprise of Madden 19 is just how good it’s story-driven Longshot mode is once again. Last year was great, but this time it’s even better, which is quite the achievement. The story picks up quite a while after the close of last year’s offering, but we are still following Devin Wade, who starts out battling for a place on the Cowboys’ roster, and Colt Cruise, whose NFL dreams seem to be on their last legs as things start out. Throughout the course of the story multiple twists and turns, along with some genuinely likeable characters, will keep you glued to your seat, and there’s a good chance you’ll play through it in one sitting.

Without getting into spoiler territory the high school games are the undoubted highlight, thanks to the totally different setting and brilliant commentators who are significantly more entertaining than the standard commentary team who reuse lines constantly. There are a few emotional punches that do have an impact and some twists that are genuine surprises.

A few scenes are a little cliché, the big bad guy really doesn’t seem like a credible threat, and Devin’s story seems to disappear for most of the second act, but these are all minor issues in what is a thoroughly enjoyable few hours, and easily the best story any sports game has ever produced. It’s just a shame that you will have to rely on the questionable AI when playing as Devin, which can lead to a few frustrating moments.

There’s enough in terms of one field changes to make this feel like a substantially different game to Madden NFL 18, and all of those changes are for the better, with collisions and running being much improved. There are still occasional physics issues but they are greatly reduced, and playing feels incredibly satisfying most of the time.

Off the field, improvements are severely lacking, with only minor additions to Franchise and Ultimate Team, but for most that won’t matter as the core of these modes can keep you entertained well past the Super Bowl. Longshot is once again the star of the show, great big-name cameos and a story you will genuinely care about make this a must play for everyone who picks up Madden this year.

Madden NFL 19 is much more than a roster update, but if you were hoping for sweeping changes off the field you will be very disappointed.