(Update: July 6, 2017): Google’s new Android Wear 2.0 software is nearly ready to debut on the Asus Zenwatch 3, it appears. The software missed the original launch target, but is now expected to arrive on the flagship Asus wearable imminently.

As expected, Google unveiled Android Wear 2.0 a little ahead of schedule, unveiling the second instalment of its wearable OS on February 8, 2017.

Read on to find out some of the new features coming to the operating system, new LG smartwatches as well as when you can expect to download the Android Wear 2.0 update for older devices.

Read on for all the latest Android Wear news, or scroll down for a closer look at Google’s new software.

There are loads of new features coming in Android Wear 2.0, so here are some of the most important changes.

Google Assistant: First seen in Google’s Pixel smartphones, Google Assistant is coming to Android Wear 2.0. This means the intelligent helper is now on your wrist and ready to respond to an ‘Ok Google’ command or a hold of the power button. Assistant will be available in English and German at launch, and other languages in coming months.

Assistant can make reservations for you, or give you a weather report. Assistant will also work with certain smart home devices, so you can tell it to turn the lights on in your home – complete hands-free.

Complications: One of the biggest arrivals in Android Wear 2.0 is the addition of complications, a feature already available on the Apple Watch 2. These are coming to the always-on display, too, meaning permanent at-a-glance updates from your favourite apps. 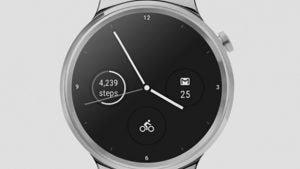 In traditional watch-making circles, a complication is any feature on a watch face that provides information beyond hours and minutes. The term is used in exactly the same way on smartwatches, which is why it’s exciting that Android Wear adds support for third-party complications.

Once Android Wear 2.0 lands, developers will be able to start peddling watch faces that feed off data from companies like Fitbit or Spotify, allowing fitness or music data to be integrated directly into your watch face.

Google gives the example of knowing your next appointment, progress towards your fitness goals or stock price updates. Different watch faces can have different complications, too, so you can swipe between one for home, your commute and the office.

Notifications: Google is also overhauling the way notifications work. Currently, they occupy the whole screen, which can be a little overwhelming. But with Android Wear 2.0, you’ll now receive small icons that can be tapped to open an expanded notification. 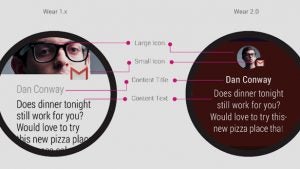 Material Design: Another welcome change is the evolution of Material Design for Android Wear 2.0. This includes the addition of two interactive drawers.

The first is the Navigation Drawer, which lets users switch between views of their apps, like on an Android phone. The second is the Action Drawer, which provides easy access to common actions within an app. It peeks out when you reach the top or bottom of scrolling content, and should make it easier to get things done.

Standalone apps: At long last, Google is making it so that Android Wear apps can work independently of phone apps. That means an app will still be able to function fully even if your phone is nowhere near you.

A big advantage of this is that file sizes on your phone may decrease, as currently Android Wear apps are having to be embedded in their corresponding phone apps. This also means you’ll be getting a standalone Android Wear Play Store.

Input: There are three big changes to input. The first is that you’ll be getting a small keyboard that works with swiping, just like on Android proper. You’ll be able to utilise smart replies, too, an existing Android feature that suggests three possible responses to a message. .

Google Fit: Google is introducing automatic activity recognition, which is already a feature on devices like the Withings Activité. This means that if you start walking, running, or cycling, Android Wear will launch a relevant tracker app to make sure you activity doesn’t get missed.

Google has also added rep counting to measure weight training. So the watch will keep tally of how many push-ups, sit-ups or squats you do.

Android Wear 2.0 release date – When can you get it? 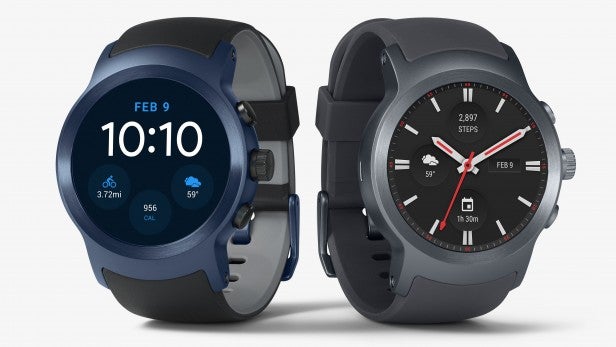 Android Wear 2.0 launched with LG’s brand new smartwatches, the LG Watch Sport and LG Watch Style on February 10, 2017 in the US.

The former is the more expensive of the two, packing in extras like GPS and a heart rate sensor to bolster its credentials. It also supports NFC and Android Pay for contactless payments.

Android Wear 2.0 Watches – What devices can you get it on? 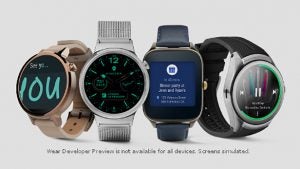 The bad news is that not all smartwatches will be eligible for the upgrade. For instance, the now aged LG G Watch (the original version), Motorola’s first-gen Moto 360, and the Sony Smartwatch 3 won’t be getting the new software version.

That’s not particularly different from Android proper (or iOS, for that matter), whereby older smartphones miss out on newer OS upgrades.

It’s also not clear whether some watches will be upgraded; for instance, Samsung has stayed quite about whether or not the Samsung Gear Live is destined for Android Wear 2.0.

Starting on April 4, the Android Wear 2.0 rollout began for the Casio Smart Outdoor Watch, the Fossil Q Founder, and the Tag Heuer Connected.

Google has also confirmed that the following watches will be getting Android Wear 2.0 between the end of April and late May: Moto 360 Gen 2, Moto 360 Sport, LG Watch Urbane 2nd Edition LTE, Huawei Watch, Asus Zenwatch 2, and Asus ZenWatch 3.

Here’s a round-up of smartwatches confirmed to be getting the upgrade, ordered alphabetically by brand:

Of course, more smartwatches will be added to this list over time, so check back here for the latest details. And of course, the new LG Watch Sport and LG Watch Style ship with Android Wear 2.0 straight out of the box.

If you’re desperate to get your hands on the Android Wear 2.0 Developer Preview before the software’s general release, here’s Google’s handy guide on how to do it:

However, don’t forget that the Developer Preview is currently only available on two different devices, the LG Watch Urbane 2nd Edition and the Huawei Watch. Plus, as it’s pre-release software, you can expect a fair few bugs and glitches.

What would you like to change about Android Wear? Let us know in the comments.