What is the Samsung Galaxy Gear Live?

The Samsung Gear Live
joins the LG G Watch as one of the first Android Wear smartwatches you can buy. This is Samsung’s fourth attempt at a smartwatch after the Galaxy Gear, Gear 2 and Gear 2 Neo and it’s letting Google take the reins on the software as it focuses on making the hardware.

It’s £10 more expensive than the G Watch and for a little extra you get a nicer-looking watch with a better screen and a built-in heart rate sensor. Elsewhere, it’s near identical to LG’s effort and that means it still comes with similar problems that make these first batch of Android Wear smartwatches difficult to recommend. 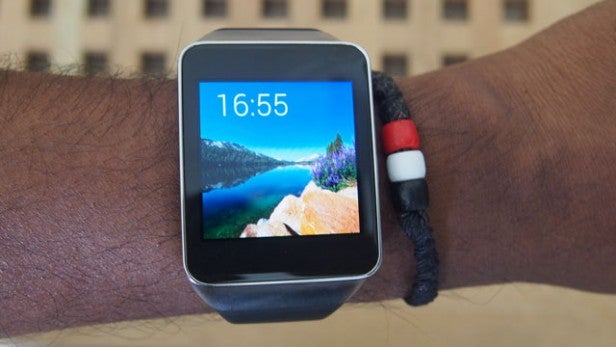 If you think the Gear Live looks familiar that’s because it’s clearly inspired by the Samsung Gear 2. There’s now a smooth black plastic watch strap instead of the more textured one on the Gear 2 and Gear 2 Neo, with a more simplistic metal clasp that secures the Gear Live around the wrist, but otherwise it looks very similar.

Like the G Watch, you can swap out the straps and it’s IP67 certified water and dust resistant, so wearing in the shower is fine but it’s not recommended taking it into the sea for a swim.

It doesn’t have a camera, an infrared blaster or a physical home button below the screen, but it does include a single button on the right edge to turn the Gear Live on and off. Around the back you’ll find the built-in heart rate sensor and a row of charging pins signalling another proprietary charging cradle. It’s the same clunky clip-on dock that comes with the previous Gear watches that’s not only an irriation to have to carry around — it’s also fidgety to get in place.

Stripping away some of the features that Android Wear doesn’t embrace gives the Live a more elegant, streamlined look especially compared to the G Watch. Weighing in at 59g and measuring in at 8.9mm thick, it’s also lighter and slimmer than LG’s Android Wear smartwatch and just doesn’t look as underwhelming or ordinary around the wrist.

SEE ALSO: What is Android Wear? 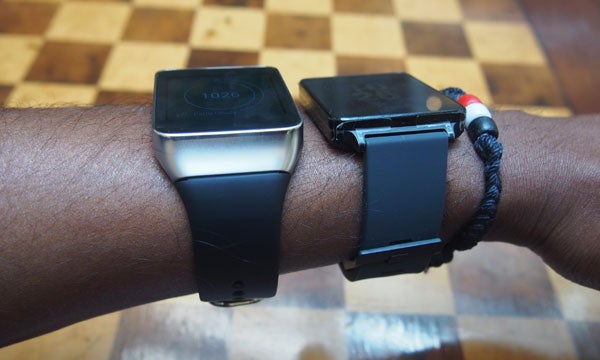 Wearing it isn’t a problem, either. The pins in the clasp don’t go deep enough into the strap for our liking, but it didn’t fall off at any point. The interior of the watch is slightly curved to sit more naturally on the wrist and it’s a comfortable watch to wear during the day. Even taking it to the gym and accidentally falling asleep with it a couple of times wasn’t a problem.

It’s the best-looking Android Wear smartwatch currently available, but in fairness when you only have the LG G Watch to compare it to that’s not saying much. Everyone is eagerly awaiting the circular Moto 360 but if you have to go for one on looks right now, the Gear Live comes out on top. 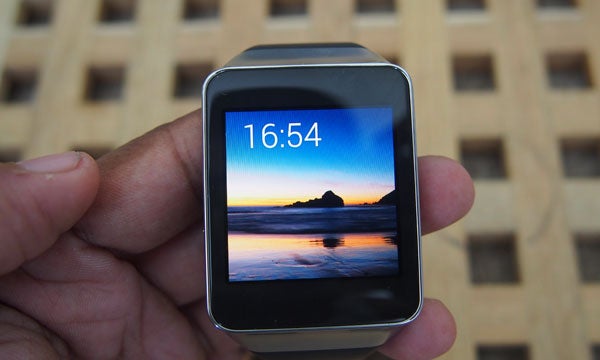 Samsung hasn’t budged from the screen it used on the Gear 2 and Gear 2 Neo, using the same 1.63-inch Super AMOLED touchscreen display with 320×320 resolution. Again, that’s a higher screen resolution than the G Watch, albeit on an ever so slightly smaller screen. Annoyingly, the screen bezel eats into some of the potential screen estate — we’d have loved Samsung to have gone bigger.

Like the other Samsung smartwatches, it’s a stunningly bright, vibrant display with rich colours and sharpness that really shows on text and Android Wear icons. Whether it’s tablets or smartwatch screens, Samsung is really doing a great job on the display front.

There are currently no apps that support video for Android Wear, so it’s currently not possible to see how it handles streaming or playback, although watching video on such a small screen doesn’t make much sense. For images, it faces the same struggles as the other Gear watches. The image resolution doesn’t appear fully optimized and struggles for clarity and sharpness.

We did experience the odd issue with screen responsiveness failing to register screen presses on the first go, which becomes more of a problem when you are on the move. Unlike the G Watch, however, it’s easy to view in bright sunlight, which gives the Gear Live another clear edge over its rival.

We really liked the display on the Gear 2 and Gear 2 Neo and sticking to the same setup for the Gear Live was a good move by Samsung. 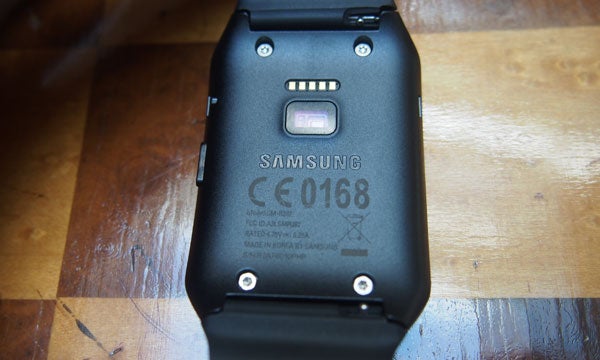 Keeping things ticking over on the Gear Live is a 1.2 GHz processor, which is the same Snapdragon 400 CPU inside the LG G Watch. The 512MB RAM and 4GB of internal storage matches the G Watch as well and it supports Bluetooth 4.0 Low Energy to make the wireless connection to an Android smartphone running on Android 4.3 Jellybean.

Along with a digital compass, the Gear Live also includes an accelerometer, gyroscope and a heart rate sensor. This is the same heart rate sensor included in the Gear smartwatches and Gear Fit. The sensor flashes a green light against your skin to provide the reading and can measure resting heart rate. It comes with its own dedicated pre-installed app and data can be stored in Google Fit, Google’s new health and fitness platform.

But there’s still a question mark over the accuracy of Samsung’s heart rate sensor technology and having tested it against the Polar H7 heart rate monitor chest trap synced to the TomTom Runner running watch, it still throws up some far from reliable readings.

It’s not clear how involved Google was in the hardware development, but
it can’t be a coincidence that specs for the first two Android Wear
smartwatches are so similar and will be interesting to see if the Moto
360 and future watches follow suit.