What is the Huawei Watch?

The Huawei Watch is the first Android Wear-toting wearable from the Chinese brand, and in my opinion the best smartwatch to date running Google’s OS – yet I’m going to stop short of suggesting you get your hands on one right away.

Its sleek design means it’s far-removed from the more gaudy-looking LG G Watch Urbane. It has a circular display, similar to the Moto 360, but it dispenses with the annoying “flat tyre” of the Moto 360 to give you a fully circular screen. The Huawei Watch works not only with Android devices, but iOS ones too.

Nevertheless, it’s still a smartwatch: a mere extension of your phone running a good, but yet to be fully developed, operating system. If you want an Android Wear watch right now, and have the cash to spare, then the Huawei Watch is a great pick – but it’s far from essential. 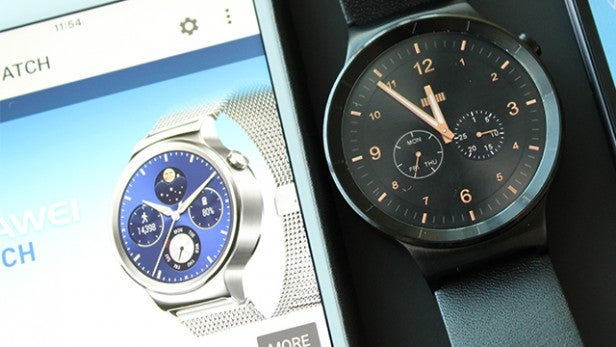 Having worn, and reviewed, many of the Android Wear watches so far, I’ve come to the conclusion that it’s Huawei’s device that I’d choose to wear for an extended period of time.

In a similar move to Motorola – and, of course, Apple – Huawei is offering the Watch in a bevy of finishes and band options, ranging from leather to steel. Of course, the classier the finish, the more it’s going to cost.

This model combines a matte-black finish with a leather strap. Silver and gold versions with metal straps are also available, but they’re a little too “bling” for my tastes. 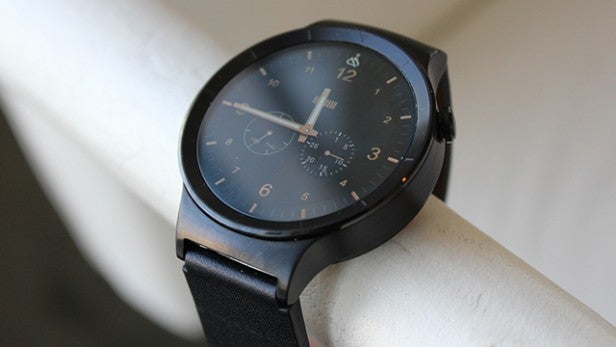 Initially the leather strap felt a little cheap – like those on fake watches you pick up from a market stall – but after a few days of use it began to wear and soften. Now it feels great, and I assume it will only improve with time.

If you fancy a change, the strap can be swapped out for something different. The Huawei Watch strap is of the fairly common 18mm size, and replacing the band is simple enough.

It’s with the watch face itself that Huawei’s design prowess really shines through, however. It’s made out of metal, with a slab of sapphire crystal coating the display. This is the same material used by Apple in its Watch, whose prices start at £479. 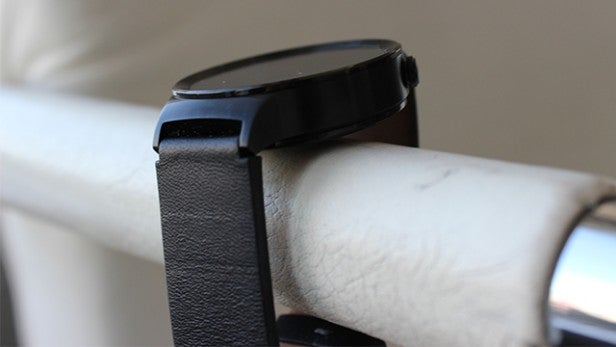 The bezel is raised above the glass – something that looks far better than the raised glass on the Moto 360 – and indented on each hour.

On the side of the watch sits a single button. It may look like a crown, but it’s just a button – it doesn’t twist, and can only be used to jump back to the watch face.

The highest praise I can give the Huawei Watch is that it looks like a regular watch, rather than a tiny computer sitting on your wrist. 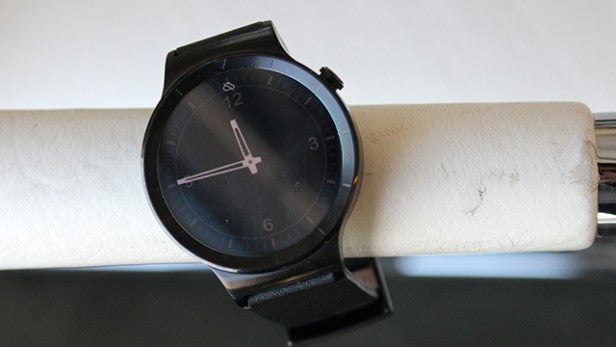 Alongside the design, the display too is a standout feature on the Huawei Watch. At 400 x 400, the 1.4in circular AMOLED panel is one of the sharpest I’ve seen on any Android Wear device. It’s noticeably a cut above the latest Moto 360 and its 360 x 330 screen.

Text is crisp, colours are strong and accurate, and there’s even a good hit of brightness. I’d say it’s the perfect resolution for a watch of this size – anything beyond this amount would be a waste.

I do have a few issues with it, however. The first is the lack of an ambient light sensor, which means the screen doesn’t automatically adjust its brightness depending on the environment. It stays the same whether you’re outside in the sunlight or tucked up in bed at night. It’s noticeable omission, but far from a deal-breaker. 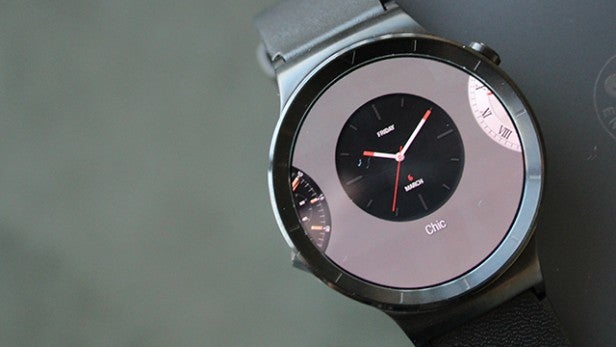 The second issue concerns the sapphire display. While it adds a fantastic layer of protection and it takes away that “will I accidentally scratch it” feeling, it seems to add more glare. Trying to use the watch in direct sunlight is troublesome, even with the Brightness Boost feature turned on.

Android phones use software to differentiate themselves from one another. Samsung, HTC, LG and even Huawei each have their own skin with unique features that set them apart.

It’s a different story with Android Wear, however. Whether you opt for a Moto 360, LG G Watch R or Huawei Watch, they all run exactly the same OS.

One area where devices can differ is in their faces. The Huawei Watch comes with a number of these built in – but for me, there were only a couple that I liked. Most attempt to mimic more expensive watches, which feature numerous dials, obnoxious lettering and in-your-face colours.

In addition, they can’t be customised – a feature I love on Moto’s watches. So if the background is originally blue, it has to stay that way. 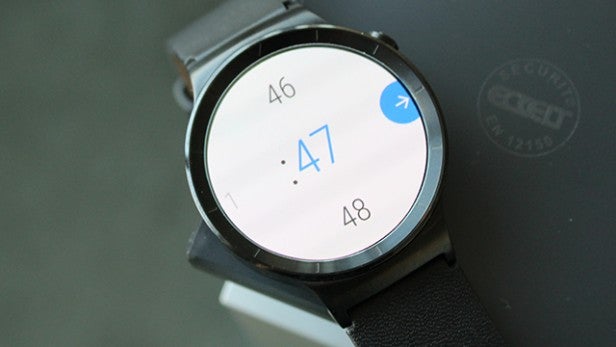 Android Wear as an operating is still in its early days – and it shows. It’s much better now than it was a year ago, thanks to the app launcher, support for Wi-Fi and the ability to quickly send emojis, but it’s still limited in what it can do.

These latest slew of watches – including the Huawei Watch, Moto 360 2 and the new ZenWatch 2 – all benefit from “always-on” displays, which go into a black-and-white mode when you’re not looking at them. It works well, and once you’ve used a smartwatch with such a feature, you won’t want to go back.

Android Wear also now offers iOS support, giving iPhone users an option if they a) don’t want to splash out on an Apple Watch; or b) want something a tad more functional than a Pebble Time. 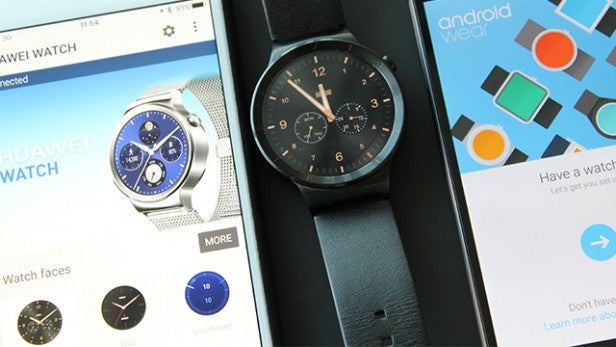 I’ve used the Huawei Watch with both iOS and Android, and while the latter is heavily locked down – so you can’t install apps or reply to messages – I’m glad it’s an option.

Android Wear is great at delivering notifications, which it does in the form of banners and Google Now cards. You can swipe through, dismiss and act upon certain ones.

But, it doesn’t do much else. There are a few fitness-focused features – including a gyroscope, accelerometer and an optical heart-rate sensor – but accuracy is questionable.

Take the heart-rate sensor, for example. I can fire it up one minute and get a reading of 60bpm, then a moment later try it again and it’ll shoot up to 99bpm. There’s also no GPS, so it won’t replace a dedicated running watch.

The Huawei Watch is water-resistant, however. So it’s fine for the shower, but not the pool. 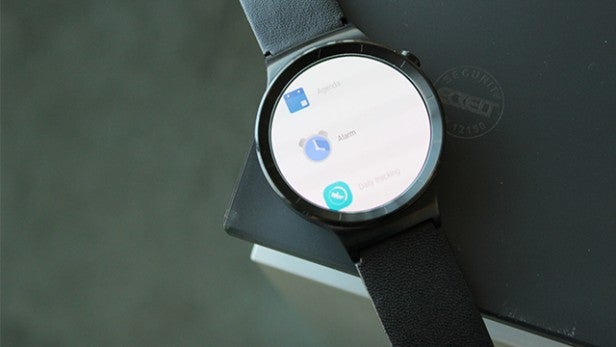 Tucked inside the Huawei Watch are a pretty standard array of Android Wear components. This includes a Qualcomm Snapdragon 400 processor, 512MB of RAM and 4GB internal storage for syncing some tunes. It’s run-of-the-mill stuff, but it does the job.

Lag was never an issue on the Huawei Watch: swiping through menus is fast.

So although I’m not particularly fussed about the inclusion of a lower-end processor, I would have liked to have seen a bigger battery.

The cell inside the Huawei Watch has a meagre 300mAh capacity, and its mileage varies massively depending on the tasks you’re performing and the particular device you’re using.

For instance, on the iPhone I managed go from 8am on one day to 5pm the following day before the Huawei Watch gave out. On a few occasions connected to the Sony Xperia Z5, however, it managed only a single day. 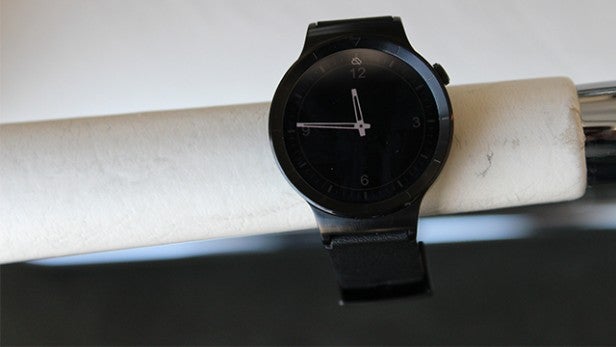 Either way, I’d recommend charging the Huawei Watch every night, just to ensure you’re not left with a dead watch on your wrist.

The charger itself looks identical to the one supplied with the Apple Watch Sport – a white disc on the end of a long cable. The Huawei Watch attaches magnetically and takes about 90-minutes to power up to full capacity.

I would have liked to see Huawei take Moto’s lead and include some form of wireless charging, rather than just a proprietary unit. But at least it doesn’t require a dock.

Should you buy the Huawei Watch?

If you’ve already picked up an Android Wear watch, then there isn’t really anything here that will make you want to upgrade.

However, if you’ve in the market to buy a smartwatch, and have your heart set on an Android Wear device, then the Huawei Watch is the best you can get right now.

Navigation is fast, the screen is sharp and it looks superb. It’s just a shame the fitness features are a little haphazard and there’s no ambient light sensor.

Android Wear watches are slowly getting better, but the operating system needs to catch up. Maybe this time next year it will be a different story.

If you’re looking to buy an Android Wear watch then the Huawei Watch is currently the best one on the market.