Announced alongside the Moto 360 2 late last year, the Moto 360 Sport is – as the name suggests – a smartwatch meant to be worn with your tracksuit rather than your three-piece suit.

It takes the standard Moto 360, but turns things up a notch. The metal exterior has been replaced, there’s now GPS inside for better tracking and the screen should perform better in varying light conditions.

In theory it sounds like the perfect mix between smartwatch and running watch, but a slightly mixed end product means it struggles to be either. 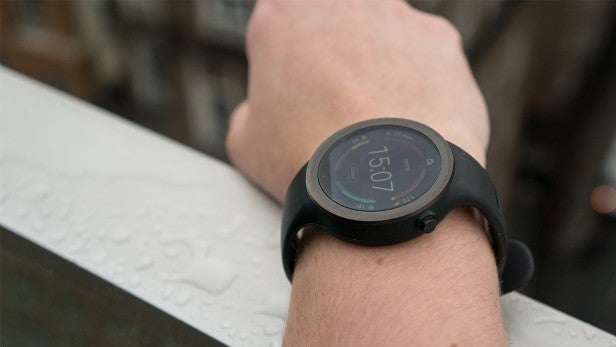 The Huawei Watch pipped the Motorola Moto 360 2 to the title of best looking smartwatch last year. But the Moto 360 2 is still a looker and in my opinion and is a lot nicer to wear over extended periods of time than the Apple Watch.

There’s a lot of the Moto 360 DNA carried over to the Sport, though predictably the switch to make something more rugged and sweat-proof has altered the overall feel. 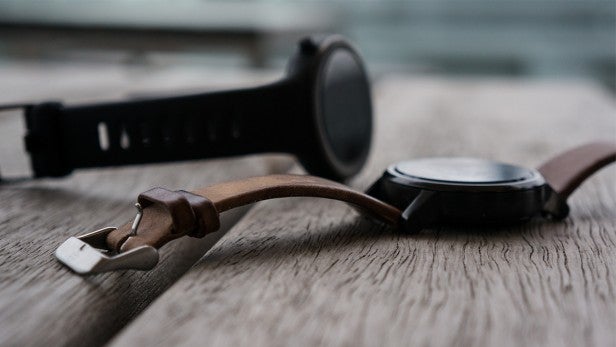 This silicone also makes up the straps and, unlike the Moto 360 2, these can’t be removed or changed. That’s a shame, but it’s not as important for a watch designed mainly for running.

It’s annoying then that Motorola seems to have skimped on the silicone used. It feels on the cheap side, sticks annoyingly to my wrist when I’m running and pulls painfully when I take it off. It’s nowhere near as nice as the fluoroelastomer used to make Apple’s Sport straps, which is much softer and sturdier.

It’s also a complete and utter nightmare when it comes to picking up dust and grime. Put the Moto 360 on a table, in your pocket and all sorts of bits of dust and fluff will somehow attach itself. It’s a pain to get off too and happens so frequently I have given up trying to keep it clean. 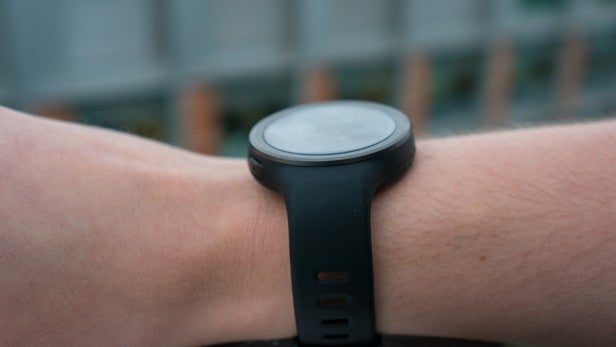 There are a few colour options to choose from if black isn’t your thing: including orange and white. All of them are apparently covered in a special UV coating that’s supposed to fend off sweat, but it didn’t seem to help.

Strap aside, there isn’t much to the Moto 360 Sport. A metallic grey bezel runs around the display, adding a bit of contrast to the all-black look and the sleep/wake button is slightly indented to make it easier to find without looking but that aside, it’s forgettable.

The rubber casing also makes it thicker than your typical Android Wear watch, but not to the point it sticks out too much. 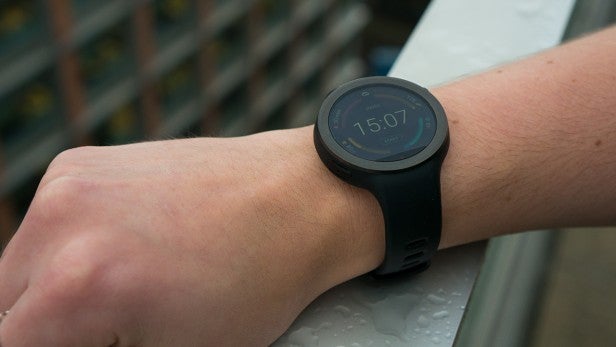 In terms of pure tech, the coolest addition to the Moto 360 Sport is the new 1.37-inch LCD hybrid display. Instead of being your typical smartwatch screen, Motorola’s new AnyLight display automatically adapts to the lighting conditions, making it nice and dim when you’re inside and bright and readable when it’s time for the morning run.

It works a treat, too. While pretty much every other smartwatch, aside from maybe the Pebble Time, proves difficult to read in sunny conditions, the Moto 360 Sport doesn’t get bothered by strong reflections at all. 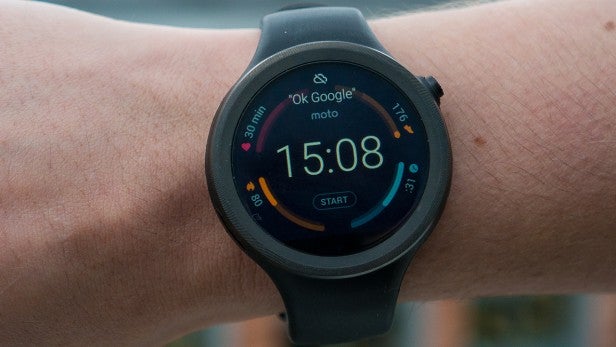 Yes, the actual display does seem a bit more recessed under the glass covering but this is a watch meant for activity and I’m willing to give up a pretty display for one that’s functional.

Oh, and you know that annoying blacked out ‘flat-tyre’ portion of the display that has plagued each Moto 360 so far? Yeh, it’s still here. Again, it’s slightly more forgivable on a fitness watch as you want to make sure all the sensors for the display work properly. But it’s still a pain.

Just like every Android Wear watch released since the LG Watch Urbane, the Moto 360 has an always on display. Instead of staying full colour though, it switches to black and white when it knows you’re not looking at it. This saves battery, but means you’re not walking around with a blank piece of metal stuck to your wrist.

To add to the durable nature, the Sport’s screen is covered in Gorilla Glass 3. This should help fend off scrapes and dings pretty well and I haven’t suffered any scratches so far with my review model.