Our team of crack tech experts were on the ground at IFA 2019 this week, getting some hands on time with the new gadgets.

Scroll down a little further and you’ll find a definitive guide where we’ve broken down the best of what went down at the Berlin trade show from all the big name companies and their keynotes.

Acer kicked off IFA with a bang unveiling a wealth of new monitors, laptops and desktops. The two bits that initially stole the show were its new ConceptD Pro laptop design and Predator Triton 300 gaming notebook.

The company also grabbed our attention when they announced the world’s first 300HZ laptop just moments before Asus did but the real standout in Acer’s keynote was the refreshed Swift 5 laptop. 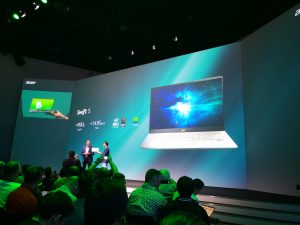 One of the major differences that sets Ice Lake apart from Intel’s Comet Lake is that Ice Lake will support Intel’s new Iris Plus integrated graphics, making the Swift 5 ideal for photographers, digital artists and web developers looking for a boost in that area.

Asus took the stage at its own keynote to announce the ROG Zephryus S GX7001 – also “the world’s first” 300Hz laptop. Right after Acer did. The gaming notebook boasts a MaxQ design Nvidia GeForce RTX 2080 GPU and 9th Gen Intel Core i7 CPU. It also looks like the laptop will have the same custom Active Aerodynamic System cooling we saw on the early prototype earlier this year, as well as Asus’ GPU Switch and Aura Sync tech.

All awkwardness aside, the Asus/Acer blunder just means more choice for gamers in the market for a speedy laptop with an impressive new refresh rate.

The real showstopper from Asus at IFA was the Proart Studiobook One. The company teamed up with Nvidia to cram the powerful Quadro RTX 6000 GPU into a portable laptop for the first time. And it’s powerful (supposedly, the world’s most powerful).

The Nvidia Studio line is aimed at creative workers rather than gamers and this laptop is ideal. With 24GB of GPU, 8K video editing, 3D animations and large datasets is set to be a breeze and accelerated real-time ray tracing means that animators and developers can really take advantage of advanced light-rendering tech. 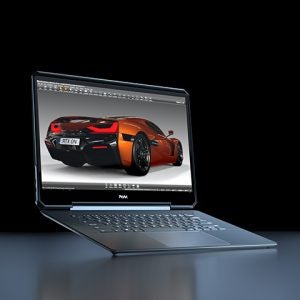 While Asus has yet to release a price for the machine, the 4K resolution, 120Hz refresh rate and 100% Adobe RGB colour coverage means this laptop probably won’t be cheap.

3. Lenovo Dimension of Heroes and Motorola One Zoom

Lenovo, and its subsidiary Motorola, have always been one of the biggest players at IFA and this year was no different. Lenovo kicked off the event with the bold claim that laptop buyers “don’t give a crap about 4K” and announced that it is working hard on the “world’s first” foldable PC.

However, by far the most exciting news to come from the tech company this year was the new Dimension of Heroes game coming to Lenovo’s Mirage headset. The company has teamed up with Marvel to create the augmented reality game for the same device we played Jedi Challenges on and it looks awesome. 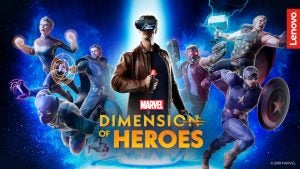 Meanwhile, Motorola took to the stage to debut its highly anticipated Motorola One Zoom and it did not disappoint. We got a chance to try out the smartphone first hand:

“On paper, the Motorola One Zoom is a seriously compelling mid-range phone. Featuring a clean Android install, impressive quad-camera setup and pleasingly premium design, it ticks all the right boxes to take on the Pixel 3a. Hopefully, we’ll see that it delivers on its opening promise when we get to test the device more thoroughly soon”.

Nokia unveiled the Nokia 7.2 at IFA and on paper it sounds like a pretty great deal. For a pretty affordable price, you’re getting a 48-megapixel camera, a great display and a design that’s been seriously stepped up from that on the company’s flagship Nokia 9 Pureview. 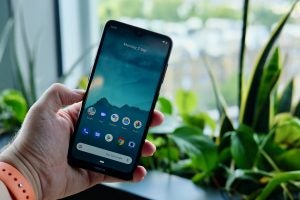 We got to play around with Nokia’s latest and greatest at the event. Our first impression?

“With a starting price of €299, the Nokia 7.2 is a seriously tempting prospect. It looks to have a great screen, capable camera and all the benefits that come with Android One software”.

Philips stole the TV portion of the show with two new flagship OLED+ releases, the OLED+934 and the OLED+984.

Both TVs feature the latest in OLED panel tech along with Philips’ 3rd Gen P5 Picture processor which, for the first time, is capable of further complimenting Dolby Vision content too. Philips has teamed up with Bowers & Wilkins to bring built-in multiple-driver speaker systems into the TV’s separate acoustically optimised enclosures to give Philips’ OLED line it’s best sound yet. 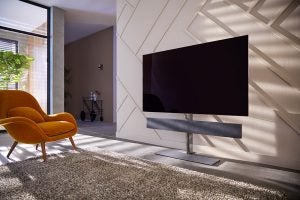 Our top pick was the Philips OLED+984. The 65-inch display features a central tweeter-on-top enclosure above the TV’s sound system to ensure ‘high frequency performance’ and to avoid ‘the blurring associated with cabinet diffraction’ when it comes to sound.

The Razer Blade Stealth 13 has been due for a performance upgrade and its coming in the form of Intel’s Ice Lake 10th Generation CPU. 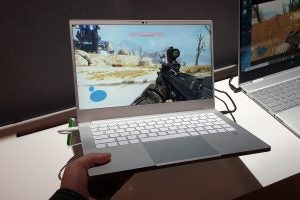 While the laptop will not feature a discrete graphics card this time around, the Blade Stealth will take advantage of the new processor’s Intel Iris Plus integrated graphics engine to give the laptop a serious boost in gaming performance and a longer battery life.

The latest iteration of the gaming ultrabook manages to cram a Nvidia GeForce GTX 1650 graphics card into a slim 15mm body and weighs just 1.3kg. With Full HD and 4K UHD touch display options, there’s a lot to be excited about with this Blade Stealth upgrade.

Rumours have been circulating about the Sonos Move for the past few weeks and Sonos finally confirmed the Bluetooth speaker at IFA.

The Move is Sonos’ first Bluetooth speaker that is battery powered and can be used both indoors and out. While the news came a bit late for the summer barbecues, the speaker is rated up to IP56 meaning it could probably a cold winter just as well. 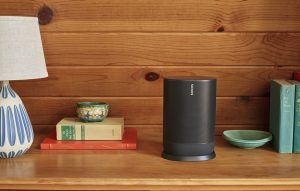 Sonos fans can look forward to a speaker that fits seamlessly into the brand’s ecosystem with a far reaching wireless connection, voice assistant support and a battery life that’ll give them a good ten hours of tunes.