Both TVs feature the latest in OLED panel technology as well as Philips’ 3rd generation P5 Picture processing chip for improved picture quality. With the 3rd Gen P5 processor, Philips claims it can bring better “overall HDR performance” to HDR10 & HDR10+ and, for the first time, the P5 can also further compliment Dolby Vision content too.

The new OLEDs also continue to carry Philips’ tag of being “the best in European design” by using materials such as Kvadrat cloth, glass and metal for a premium look. The audio has also seen improvements. Working in concert with Bowers & Wilkins, both the OLED+934 and OLED+984 feature multiple-driver speaker systems built into physically separate and acoustically optimised enclosures for a better sounding TV set.

Dolby Atmos decoding is available and on the OLED+934 it’s Philips’ first TV to incorporate upward-firing Atmos speakers to top of the TV’s frame.

The OLED+984 has taken a slightly different route with its sound. The OLED+984 includes a central tweeter-on-top enclosure positioned above the cabinet that houses the TV’s sound system. 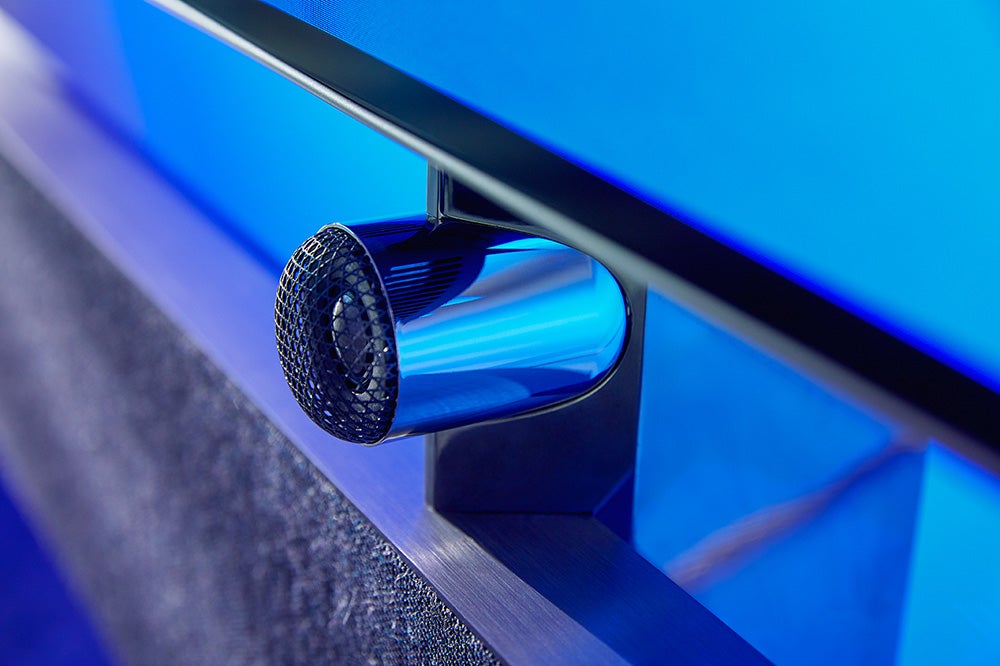 By having the tweeter-on-top configuration, it decouples the tweeter from the larger drivers to ensure that the sound system delivers “high frequency performance” by avoiding “the blurring associated with cabinet diffraction”.

The OLED+984 also has a subwoofer out connection for those who want to give the TV’s audio a beefier sound by hooking up an external sub.

Other features include four-sided Ambilight integration for the OLED+984 and three-sided for the OLED+934. Google Assistant is built-in, with the set supporting Android Pie (9) at launch. Both “Work” with Amazon Alexa for voice control operation through Amazon Echo/supported speakers.