Gamescom 2019 is wrapping up and we’re back safe and sound in the Trusted Reviews office. So, it’s time to reflect on the show’s biggest and best games, technology and announcements.

We’ve compiled our personal top 10 picks from this year’s show, making sure to include an even balance of computing and gaming juggernauts. Obviously, these are personal picks from myself and Ryan Jones, the computing writer, so be sure to let us know your thoughts or if we missed something. Right, let’s get stuck in. 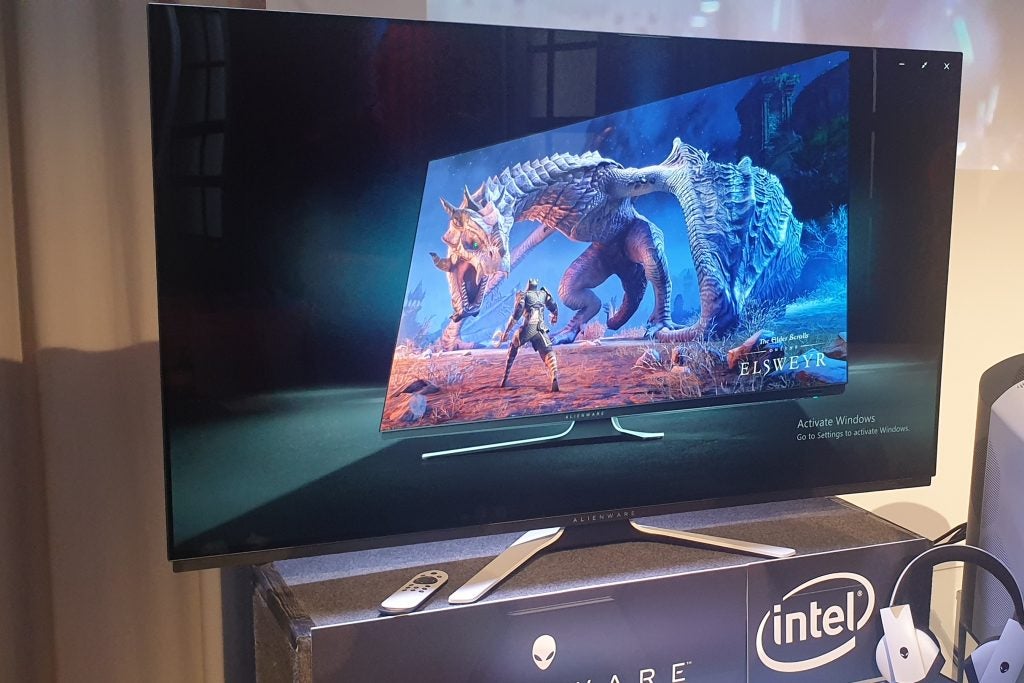 Desktop monitors have long been lavished with features to improve the visual performance of video games, with lofty refresh rates to cleanly display fast-paced action. Televisions don’t offer such luxuries, so for console gamers who play in the lounge rather than at their desk have to sacrifice visual quality.

That’s changed with the likes of the Alienware 55 OLED Gaming Monitor. It may look identical to a telly, but this is in fact just a massive monitor, boasting special features such as an incredible 240Hz refresh rate, AMD’s FreeSync technology to prevent screen tearing and all the ports you need to hook it up to your computer or console.

It also has a 4K resolution and lovely gorgeous panel, which will take full advantage of the next-gen consoles. It does have a steep price at £3199.99 though, but all the premium features definitely make it a worthwhile purchase. 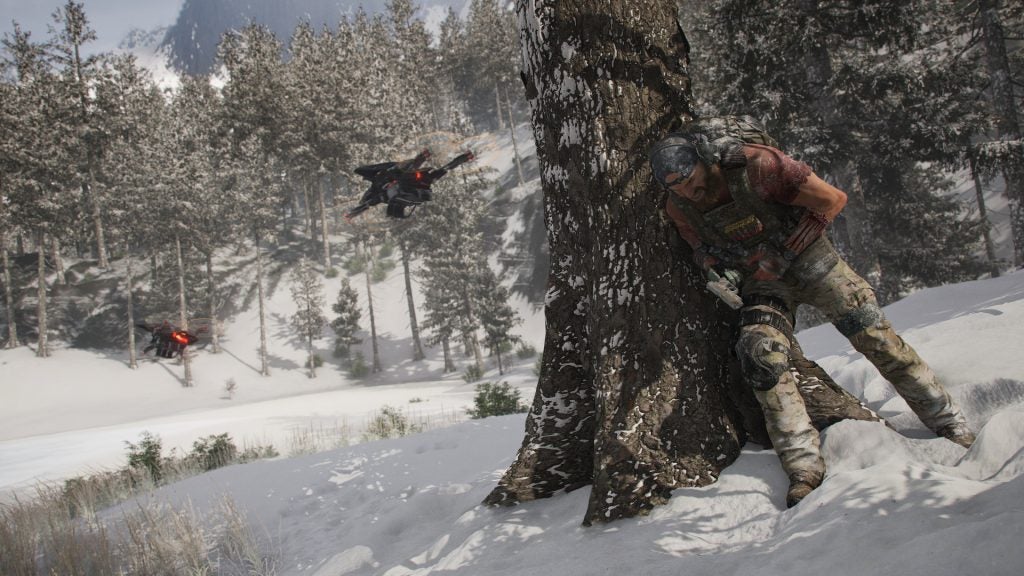 We hada chance to play the 4v4 Ghost Recon Breakpoint multiplayer during Gamescom, and it was so much fun we could have spent the rest of the week gunning down opponents in this shooter. Sadly, we had other things to attend to.

Giving you the option to pick and customises classes, ranging from medics to snipers, and seeing all eight players unleashed in a compact map, Breakpoint is very much a tactical game. You’ve got a huge number of weapons at your disposal, as well as gadgets such as shock grenades and scouting drones.

When a player gets downed, they can still be resurrected by an ally, but once all four are down its game over. A shrinking map ensures each contest doesn’t out stay its welcome, making matches nervy, exciting and frantic. From what we’ve played Ghost Recon Breakpoint could well be one of 2019’s finest multiplayer shootouts. 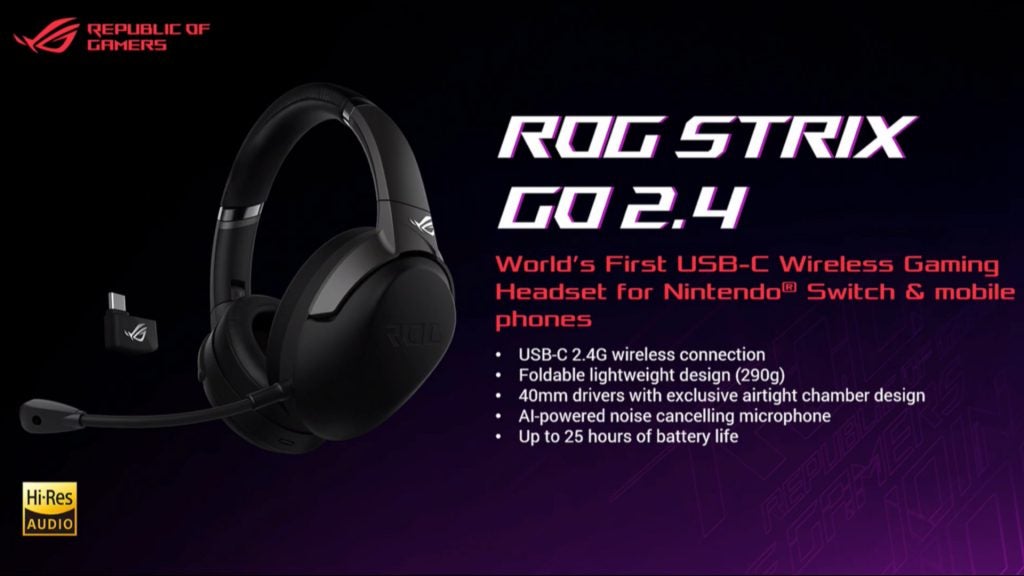 Seeing a gaming peripheral on a ‘Best of’ Gamescom 2019 list may seem a little odd at first, but the Asus ROG Strix Go 2.4 headset is a very exciting product, being the very first wireless gaming headset compatible with the Nintendo Switch.

Not being able to connect wireless headphones to the Switch has been a hugely frustrating flaw for the portable console, with wired buds becoming more obsolete by the day. The ROG Strix Go 2.4 puts that issue to bed, and from the hands-on time we had, it works perfectly well. Slot the USB-C adapter to the bottom of the Switch and the headset will connect automatically, with no noticeable audio delay as I whizzed around on Mario Kart.

With 40mm drivers, the ROG Strix Go 2.4 headset sounds superb too, while the 25-hour battery life will easily see you through an entire day of non-stop gaming.

Bithell Games, the studio responsible for indie darlings such as Thomas Was Alone and Volume, is taking on its biggest project yet with John Wick Hex, an adaptation of Keanu Reeves’ hugely popular film franchise. However, this is more than a simple action game, acting instead as a top-down strategy experience that puts time management at the centre.

It’s both fun and challenging, requiring a keen understanding of your environment to navigate the world and emerge victorious in combat encounters. Much like the films, it’s like a ballet of bullets as John Wick dances through enemies, double-tapping them with brutal efficiency. If it can capture the essence of the film while also providing a bunch of fun mechanics, Hex is bound to be something special.

Sid Meier’s Civilization series has long stood as the turn-based strategy king on PC, delivering deep, enthralling experiences that captured the player’s attention for hours at a time. This is for good reason, and we love those games, but now a new contender is stepping up to the plate.

Humankind is the latest project from Amplitude Studios, whom players might recognise as the creators of Endless Space. You will help foster a world through six distinct eras, all of which have ten different cultures to choose from. So, by the end of session your civilisation could be a mixture of Egyptian, Japanese and British architecture with all the cultural hallmarks that come with them. It sounds incredibly cool.

I haven’t been this excited for Call of Duty in a long time, and it’s largely because Infinity Ward is poised to reimagine one of the greatest first-person shooters of all time. It arrived to Gamescom 2019 in a big way, showcasing its Nvidia RTX implementation and a brand-new mode know as Gunfight. After playing it, I’m very excited to see how the full roster of multiplayer options shape out.

We’ve yet to see much of the solo campaign beyond what was shown at the reveal, but if it boasts the same amount of atmosphere and mechanical complexity as the multiplayer, we’re in for an absolute treat.

Nvidia’s been busy announcing ray tracing support on a number of video games, including Call of Duty Modern Warfare, Cyberpunk 2077 and Dying Light 2. But the game to benefit the most from the new light-rendering technology is, rather strangely, Minecraft.

We went hands-on with a Minecraft demo which had been lavished with the new ray tracing upgrade. While the likes of Call of Duty and Shadow of the Tomb Raider only have more detailed and realistic shadow effects, Minecraft looks like an entirely new game with RTX activated.

Certain materials like gold now have a shiny texture, while light is now able to stream through bodies of water. It’s honestly difficult to emphasise how much better lighting effects and textures look, so it’s best you just watch the trailer above and get excited for this blocky sandbox all over again.

After its debut at E3 2019, many were unsure about Crystal Dynamic’s Marvel’s Avengers. But now, having played it and received a detailed look at how exactly everything will work – I can’t wait to play more of it.

Square Enix is essentially creating a live-service experience in the mould of Destiny 2 or The Division, but with one of the biggest properties in existence. Each hero is fun to play in their own right, and the idea of teaming up with friends to take on epic villains sounds thrilling. So long as the progression, loot and other rewards hold up – this could be absolutely massive. 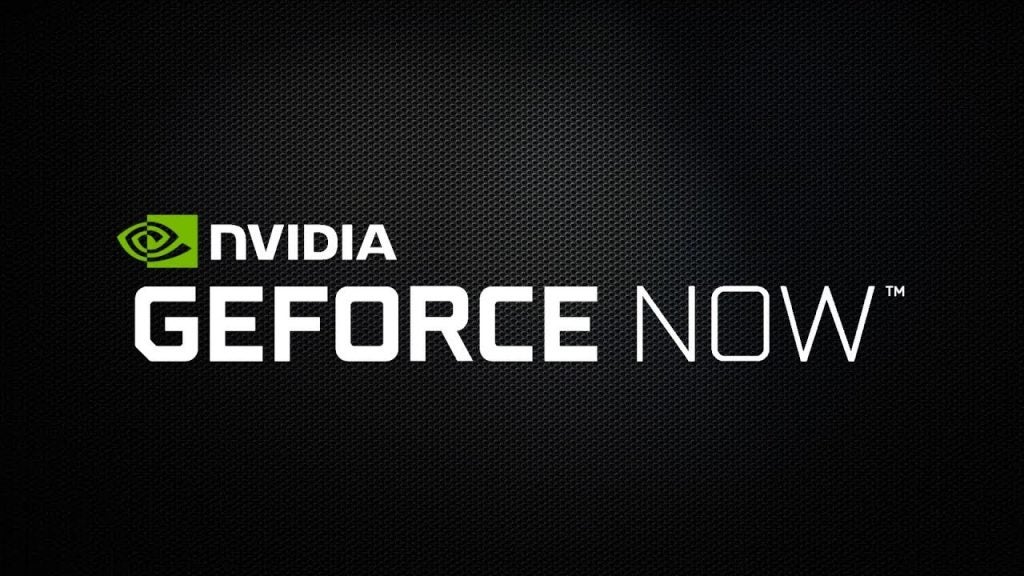 Cloud-based gaming was always going to have a big presence at Gamescom 2019, with Google Stadia showing off yet another video presentation and rumours bubbling that Microsoft would finally show off more of its Project xCloud. It was Nvidia’s GeForce Now which best seized the opportunity though, with a number of big reveals.

GeForce Now was treated to a couple of outstanding upgrades this week, with the cloud-streaming service soon available to play on Android smartphones. Nvidia also revealed its servers have been updated with RTX features, so you can see the likes of Shadow of the Tomb Raider, complete with mind blowing ray tracing effects, on a samsung smartphone.

Sounds too good to be true, but Nvidia let us go hands-on with the technology at Gamescom and it worked just as well as you could hope for, even with the conference’s dodgy Wi-Fi connection. After experiencing GeForce Now running on mobile, I honestly believe Google Stadia may have too fierce a competitor to become the cloud-streaming king.

Ever since it was announced, Kojima Productions’ debut effort has remained a bizarre mystery with no explanation in sight. That’s changed, with a behind-closed-doors presentation at Gamescom 2019 explaining exactly what it’s about, and what players will be doing in the spooky post-apocalyptic world. Given it’s only months away, this is a huge relief.

Norman Reedus will venture across a broken vision of the United States repairing communication nodes in an effort to mend the corrupted country and bring everyone together. Obviously, he’ll have a bunch of paranormal entities and other evildoers to contend with on the way. It’s a compelling concept, and if the narrative propels it forward, this could be one of the 2019’s best games.

Gamescom Opening Night Live stream – Catch up on all the action

The Gamescom Opening Night showcase took place on Monday, August 19 and revealed a number of exciting games set to release in the coming weeks, months and years. Particular highlights included oddball Death Stranding gameplay, Amplitude Studios’ Humankind and Disintegration: an all-new shooter from one of the creators of Halo.

If you fancy watching the show yourself, we’ve included an embedded link below for your convenience. Otherwise, we’ve compiled all the major announcements and highlights below.

What’s your favourite game, piece of tech or announcement from Gamescom 2019? Let us know on Facebook and Twitter @trustedreviews or email the editor below.