Nvidia GeForce Now is a cloud-streaming services, similar to Google Stadia, which allows you to stream certain games to your low-powered devices via a strong internet connection.

This means you’ll be able to play the likes of Assassin’s Creed Odyssey and The Witcher 3 on devices such as smartphones, Chromebooks and budget laptops, making AAA gaming more accessible with those without a PC or console.

The biggest difference that differentiates GeForce Now from Google Stadia is that it does not require a dedicated purchase to start streaming, allowing you to link up your Steam, Uplay and Epic Games Store libraries instead.

But while this may save money for gamers, it has also seemingly led to several high profile game publishers have pulling support, including Bethesda, Activision Blizzard, Xbox Game Studios and 2K. This means GeForce Now has a very limited library of compatible games, especially since Nvidia made a new “opt-in” policy.

Nvidia has at least promised new games will arrive on the service every week, and there’s still support from the likes of Ubisoft and Epic Games so not all is bad.

You won’t be able to subscribe to the paid-for Founders Membership right now though, as it has reached capacity. You can still sign up to the free tier that offers unlimited playtime though – you just won’t get some of the extra benefits of paying customers.

For more details on Nvidia GeForce Now, keep reading on below.

What is GeForce Now?

Nvidia GeForce Now removes the need for expensive PC and console hardware, by streaming the games you want to play, directly onto your device – no matter how wimpy its specs sheet is. All the heavy lifting is provided by Nvidia’s servers.

You will need a decent internet connection (at least 15 Mbps download speeds) to stream games via the cloud though, with superior bandwidth providing higher in-game frame rates. Nvidia also handles all updates, leaving the days of waiting for new patches to install a thing of the past.

You won’t be able to play every single PC game, but the library already boasts hundreds of titles and is continuously expanding. 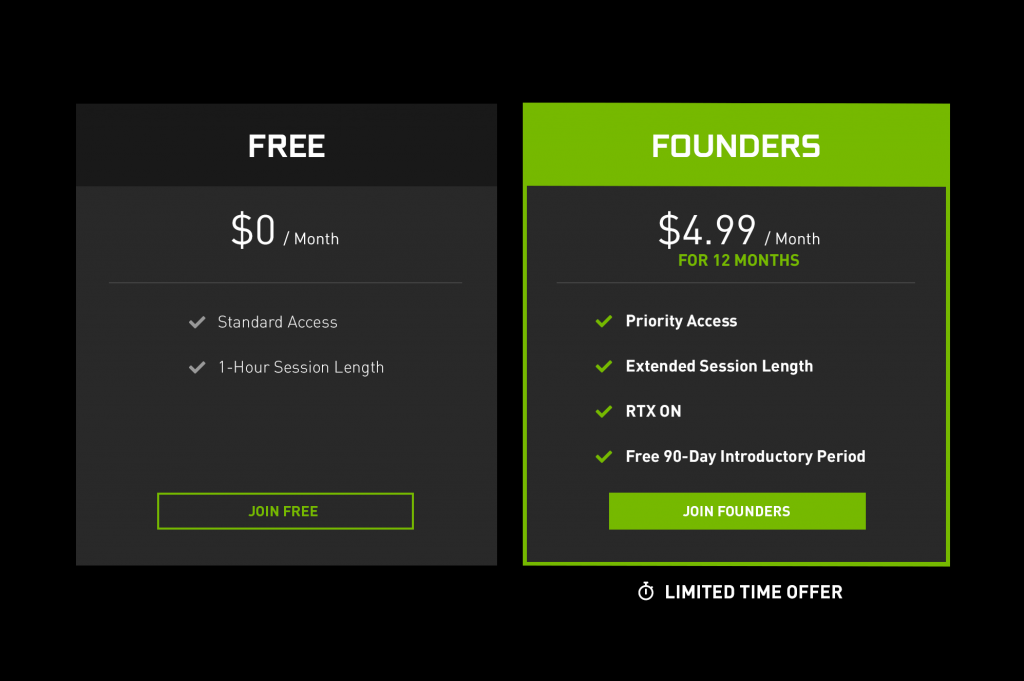 There are two subscription tiers for GeForce Now.

Firstly, there’s the free subscription. Here you can play any supported games up to Full HD at 60fps. The most significant limitation here is that Nvidia will boot you off the server every hour. You have unlimited sessions though, so you can simply rejoin the queue and start playing again.

By paying £4.99 per month, you get access to the Founders subscription. This extends session times to six hours, while also giving subscribers priority in the queues, which should slash waiting times dramatically.

Nvidia has clarified the £4.99/month price is a limited time offer, and will likely increase 12 months after the official launch. 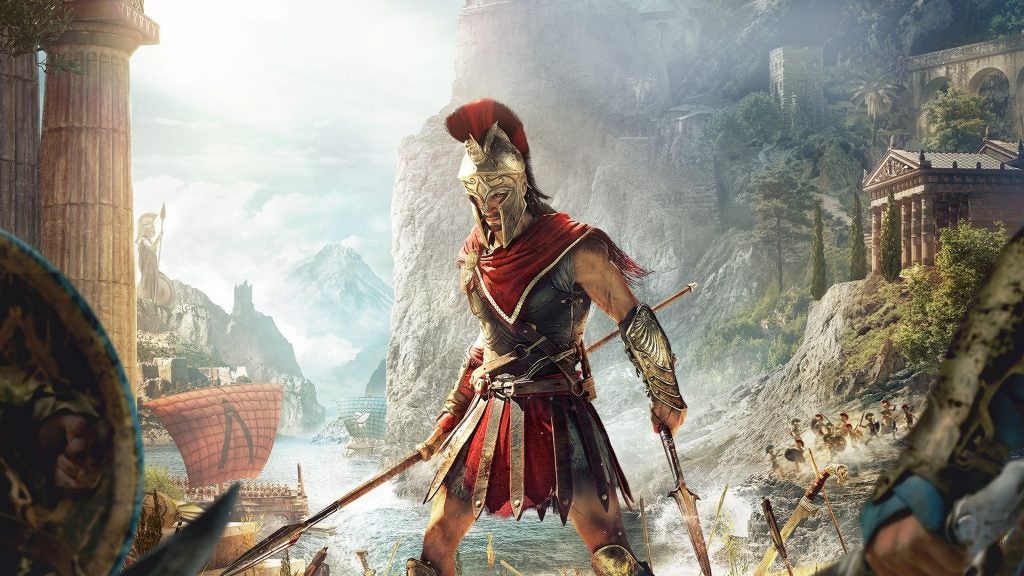 A key battleground for GeForce Now has been the platform’s relationship with developers. Last month, several huge game developers and publishers pulled their titles from the service. These include Activision Blizzard, Bethesda, EA, Square Enix, Warner Bros. Interactive Entertainment and Xbox Game Studios which means major game franchises such as Call of Duty, Halo, Skyrim and Overwatch will all be unavailable.

The likes of Ubisoft and Epic Games are still providing support though, so there’s still a decent list of games available. Here are some examples:

Nvidia has said it’s looking to “re-enable” support for lots of games, while also confirming there are over 1500 games that developers have asked to be supported by the service. Their statement is a little reassuring, but the entire predicament is still very concerning for those subscribing to GeForce Now.

Nvidia has at least confirmed there will be new games added to the service on a weekly basis, with the most recent update seeing 19 new titles arrive including Darksiders II, Hitman: Blood Money and Worms Armageddon.

What will GeForce Now work on?

GeForce Now will work on most devices with a screen, including Windows laptops, Macs, Chromebooks, Android smartphones and via the Nvidia Shield TV.

You essentially just need a device that can install the official app as well as a recommended internet connection of at least 15mb/s. Then you’ll need to bag your membership, pick an applicable game from your PC library and get playing.