The PC is arguably the best place to play games, especially if you’re a stickler for the very best graphics and performance out there without the compromise often encountered with PS4 and Xbox One. The platform is set to offer a raft of games over the coming years, lets take a look at all the best upcoming PC games.

PC is also an incredibly flexible platform with various components allowing you to experiment freely with hardware, whether it’s the newest graphics card or processor you’re itching to try out.

We imagine all the latest titles are ready and waiting to put your rig to the test. So, Trusted Reviews has compiled all the biggest and best experiences to look forward to from upcoming PC games in 2020 and beyond. 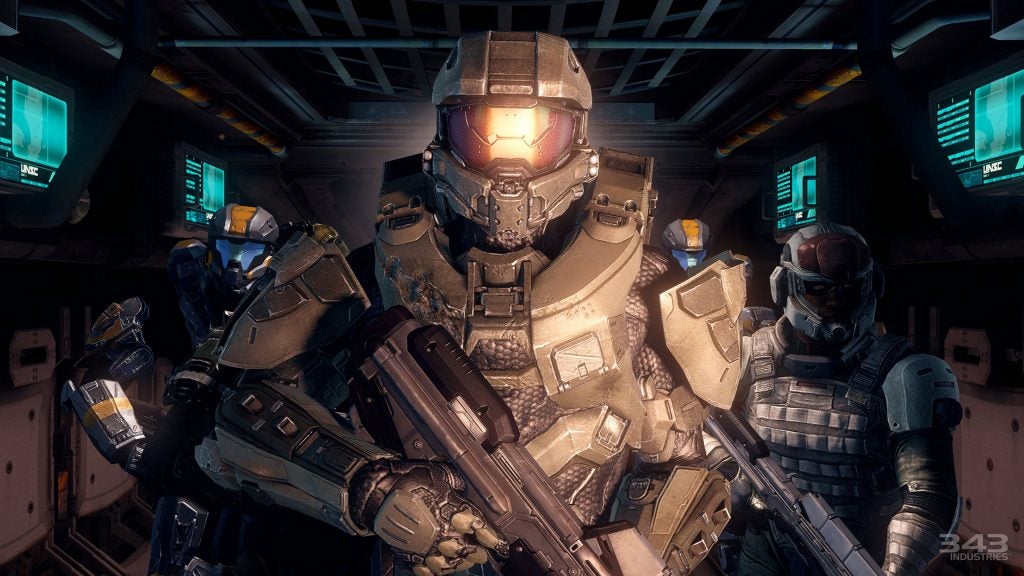 After an obscene amount of fan demand and surprisingly unsubtle teasing by Microsoft, Halo: The Master Chief Collection is finally confirmed for PC. Coming to Steam and the Windows Store, the compilation will follow a staggered release starting with Halo: Reach, followed by each title in the beloved sci-fi series.

This is to ensure that each title is ported properly to the platform with no compromise. That means, once the wait is over players can expect 4K resolutions, HDR support, customisable key inputs and more, with many of the upcoming PC games appearing on the platform for the first time in history. 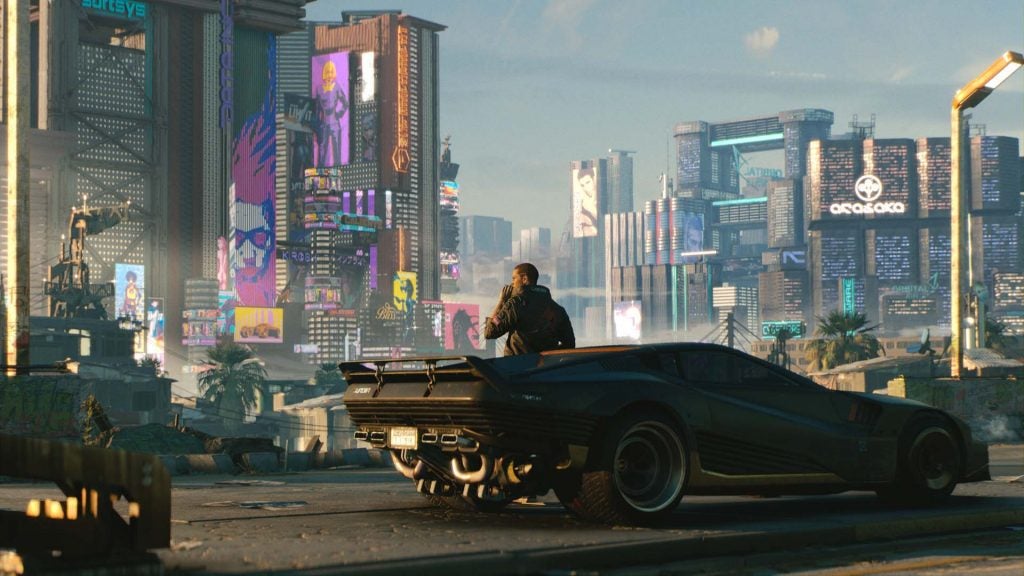 After the blockbuster success and critical acclaim of The Witcher 3: Wild Hunt and its equally excellent duo of expansions, the expectations for CD Projekt Red’s next project is unbelievably high. Whether it can live up to such ambitions with Cyberpunk 2077 remains to be seen.

However, recent months saw 45 minutes of gameplay footage released, and it happened to showcase a dense, complicated first-person RPG that we’re awfully excited to play for ourselves. Granted, it was work-in-progress, but still presented a wonderfully gritty world not afraid to push boundaries. 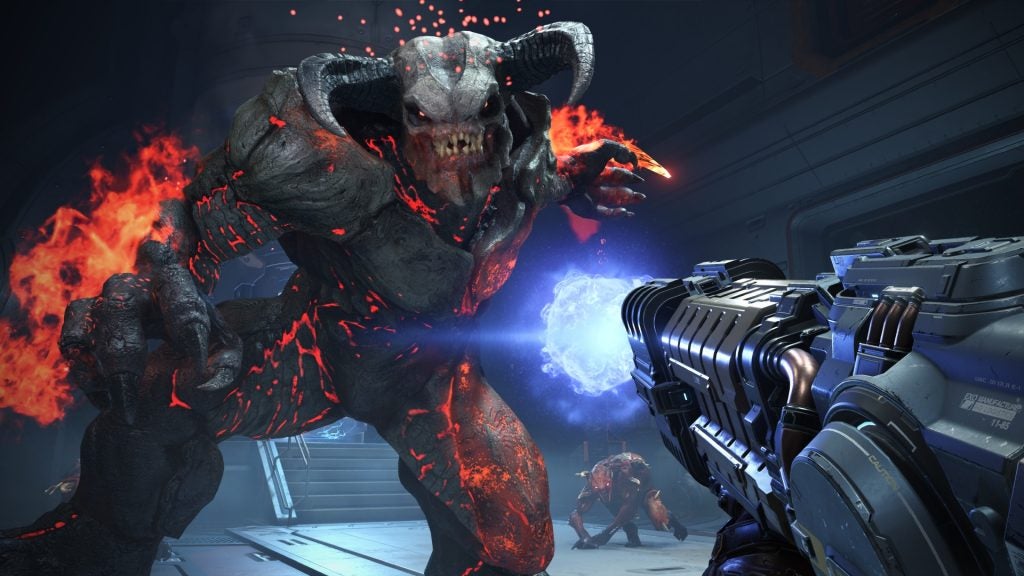 After the rampant gore and undeniable success of the 2016 reboot, it’s no surprise that fans are clamouring for more blood-soaked action in DOOM Eternal. This sequel takes the fight to Earth as demons invade our planet from the fiery depths of hell.

From the snippets of gameplay we’ve seen thus far, DOOM Eternal is all about bigger, better and bloodier weapons capable of ripping (and tearing) anything that’s stupid enough to stand in your way. The Marine won’t stop for anybody, especially if it’s demons posing a threat to humanity. 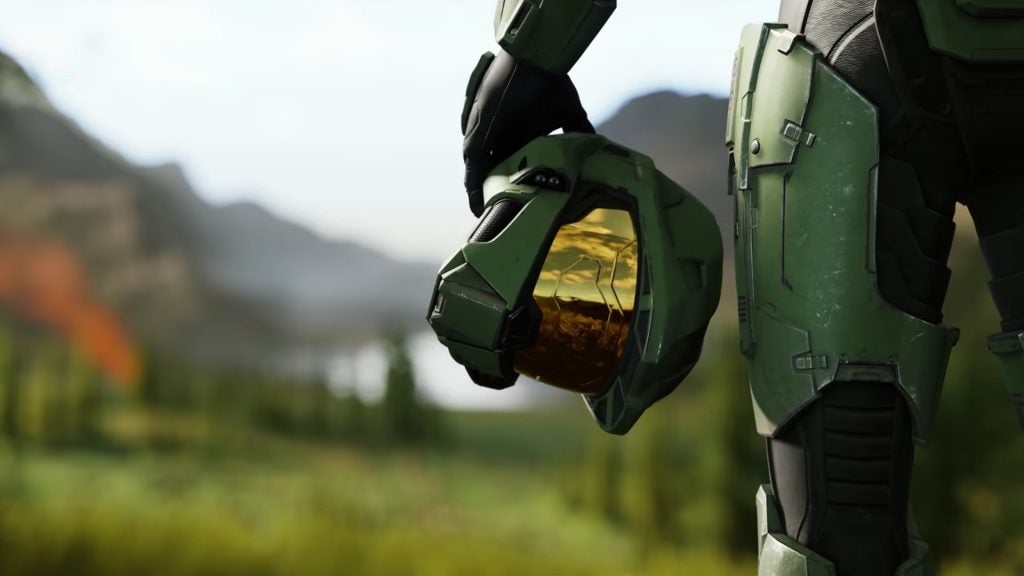 Little is known about Halo Infinite thus far, although we do now it will act as the continuation to Halo 5: Guardians, essentially replacing Halo 6. Unveiled with a stunning trailer, Infinite teases the return of Master Chief amidst a much larger, more ambitious world.

We’re hoping desperately for a conclusion to The Reclaimer Trilogy after the stunning cliffhanger at the end of Guardians which once again brought the fate of our galaxy into the limelight. It’s another day at the office for Master Chief, but one we can’t wait to play. 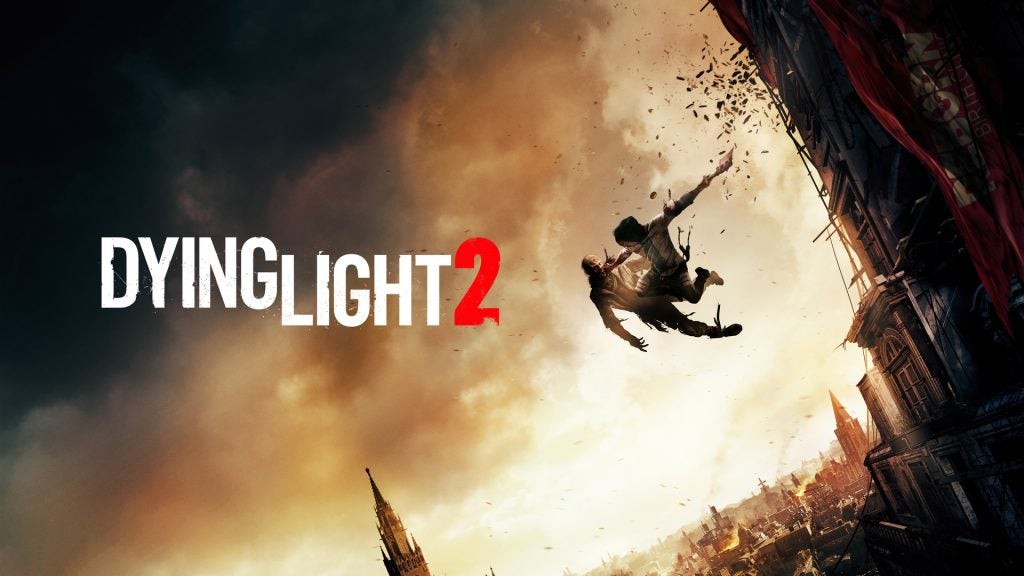 Techland returns with a sequel to its critically acclaimed survival title, and this time its ambition is more impressive than ever. Dying Light 2 is set across yet another massive city, where you must content with the shambling undead and aggressive humans who threaten you and your friends’ way of life.

The player will need to make critical decisions throughout the story, deciding who lives and who dies while also managing resources that are spread throughout the city. The Day/Night cycle from the original returns, changing how enemies behave once the sun goes down. 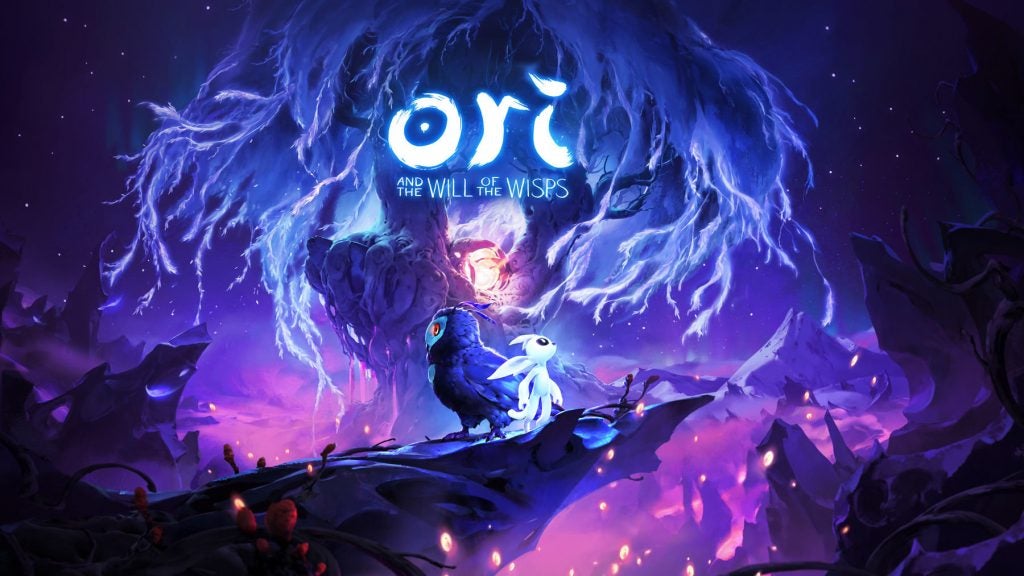 Ori and the Will of the Wisps

Ori and the Will of the Wisps is one of those games people are unanimously looking forward to, since it likely means more of the same good stuff that made Ori and the Blind Forest so popular.

This year’s E3 trailer showed off Ori’s many different platforming abilities as well as some terrifying monsters. Ori’s home, the Forest of Nibel, seems to be in great danger, making The Will of the Wisps appear quite a bit darker than its predecessor. 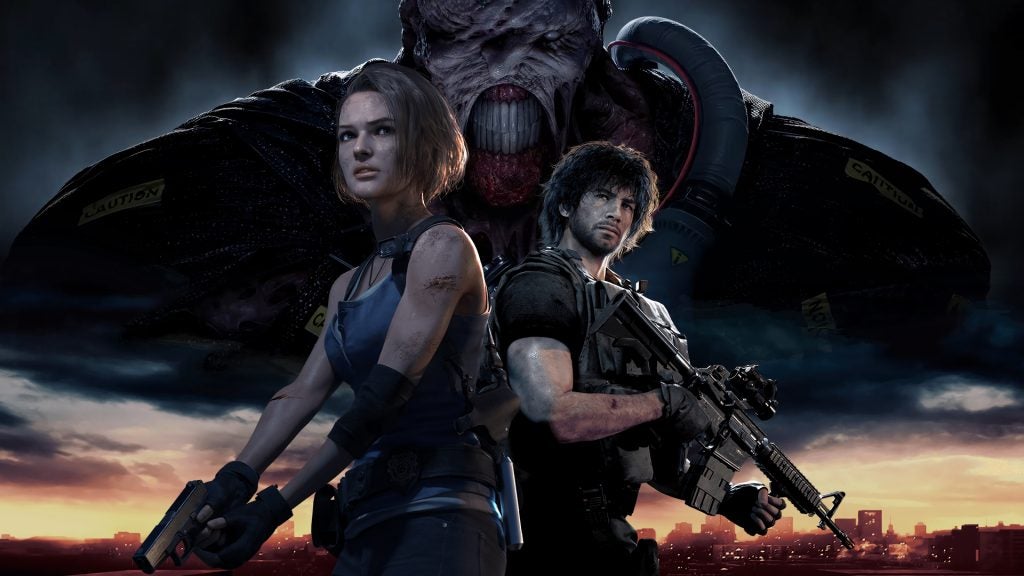 Following in the footsteps of the stellar Resident Evil 2 remake, Capcom is bringing back the third entry, rebuilding it completely with modern technology. Its last effort was absolutely fantastic, thus setting a very high benchmark for Jill Valentine and company to meet.

Taking place both before and after the events of its predecessor, Resident Evil 3 follows Jill Valentine as she tries desperately to survive amidst the Raccoon City outbreak. The world is filled zombies and other dangerous creatures, and it’s Jill’s job to escape and uncover the sinister truth behind the Umbrella Corporation.

Obviously, you’ll need to contend with NEMESIS. This evil beast is genetically engineered with the latest advancements of technological warfare, existing with one primal goal: eliminate every single member of S.T.A.R.S. 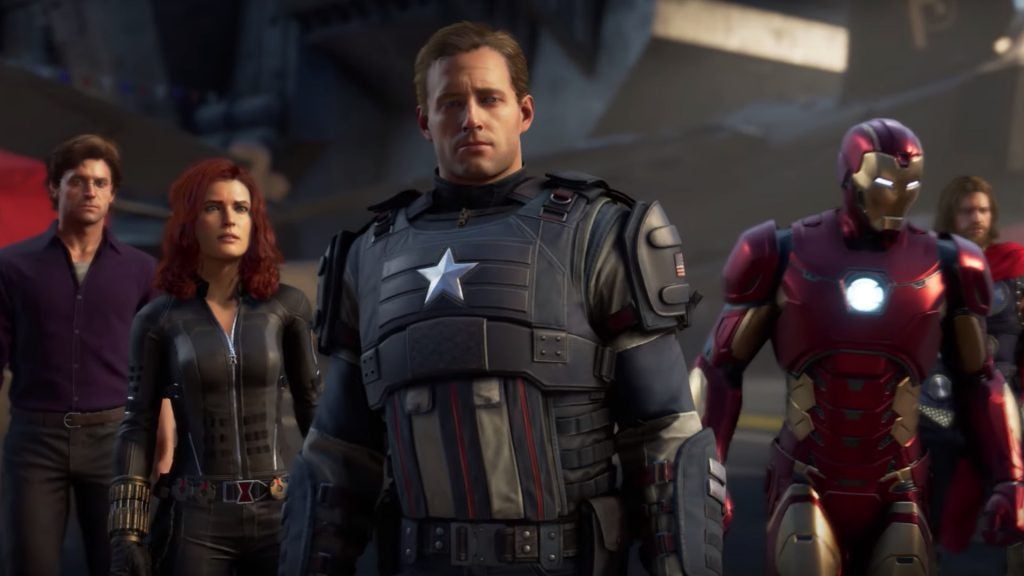 Given the rampant success of Marvel’s cinematic universe, we’re surprised it’s taken the company this long to break into the gaming realm. However, it’s clear the company has taken it’s time, ensuring the iconic team’s first foray into the virtual medium is done right, and is far more than a generic licensed tie-in we’ve seen hundreds of times before.

Developed by Crystal Dynamics (who you may remember from the Tomb Raider trilogy), Marvel’s Avengers is a sprawling co-operative adventure which will see you play as Iron Man, Hulk, Black Widow, Captain America, Thor and Miss Marvel. Each of these heroes has their own slate of abilities, enhanced by a sprawling customisation system where you can change every little component, whether it’s a belt buckle or an entire outfit.

Square Enix has confirmed Marvel’s Avengers will tell a completely original story and will be supported for years to come with new heroes, missions and unlockables for players to pursue. From what we’ve played, it feels like Marvel’s approach to something like Destiny or The Division, hoping players will invest a huge amount of time into its huge, inviting world.

What upcoming PC games are you looking forward to? Let us know on Facebook and Twitter @trustedreviews.