The iPhone XS launch event has come and gone, but there’s plenty to catch-up on, with Apple unveiling no less than FOUR new mobile devices. Here’s all the news that matters from the September 12 Apple event.

It’s no great secret that the September Apple launch is one of the biggest events on the tech calendar, and the iconic American company didn’t disappoint, treating us to a blockbuster evening. Here’s how it all went down.

This event has now ended. Read on for a full recap of the Apple event (September 2018) and to learn how to re-watch a live stream of the iPhone launch.

The music has played and the new iPhone launch is officially underway. If you’ve already reached for the sick bucket, don’t worry – you’re not alone.

We’re kicking off with some juicy Apple store stats. People like to go to them, apparently.

“iOS has changed the way we live,” Tim Cook says. “We’re going to tell you about two of our most personal products.”

And there we go – the Apple Watch Series 4 is coming, surely?

Cook cedes the stage to Jeff Williams to talk everything health and fitness.

“We’re taking Apple Watch to the next level,” Williams gushes as the promo reel for the Series 4 kicks in. “It’s just beautiful…we’ve curled the corners to perfectly match the shape of the watch.”

The screen, it follows, is 30% larger but still thinner. The entire UI has been redesigned, too, and there are new Apple Watch faces – including this particularly convoluted Tinder fork. 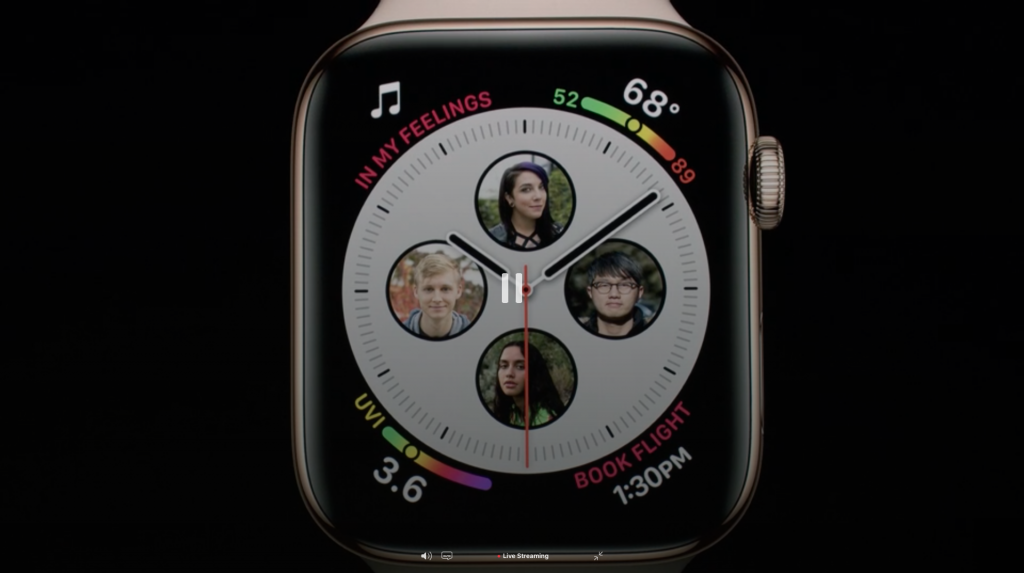 The speaker design has gotten an overhaul, Williams reveals, while there’s the new Apple S4 wearable SoC under the hood. As expected, it’s based on 64-bit architecture.

You might not understand what this whole accelerometer thing is about, Jeff says, BUT APPLE DOES. All while telling you you’re liable to slip off a step ladder. Nice touch, Jeff, nice touch. We don’t feel condescended at all. 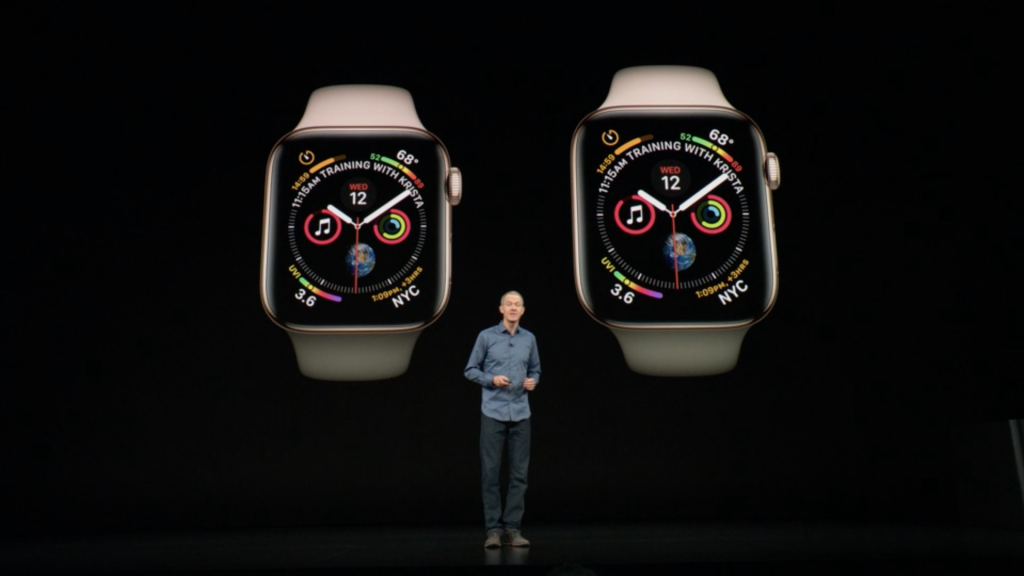 We’re now getting a guest appearance from the President of the American Heart Association, Ivor Benjamin, to talk about the new Apple Watch Series 4 heart-tracking features.

The Apple Watch Series 4 is also approved by the FDA now, Williams tells us. Apple is “working hard” to bring these features to “customers around the world”, he adds, which probably means we’ll get them in the UK by 2020.

A-ha! APPLE WATCH BATTERY LIFE! Surely a new and improved spec? Oh wait, it’s the same as before, but now with added ‘catching your drunk ass when it falls over’ value. Ta, Apple…

Movie time, in case all of that science and stuff was a bit much for your simpleton brain.

Pre-orders start on Friday (September 14), with the Apple Watch 4 release date set for September 21 in a number of global markets, including the UK, where the cellular version will be available through EE and Vodafone.

Prices for the GPS Apple Watch 4 commence at $399, while LTE Apple Watch 4 will sell for $499 and above. UK pricing hasn’t been confirmed, but expect a fairly like-for-life conversion of  £399/£499. The new Apple Watches will run watchOS 5, in case there was any doubt.

Now, on to the iPhone and yes, it’s the iPhone XS (spoken as ’10 S’), which gets an IP68 waterproof upgrade. It’s been tested in many different liquids.

We won’t even go there, it’s too easy… 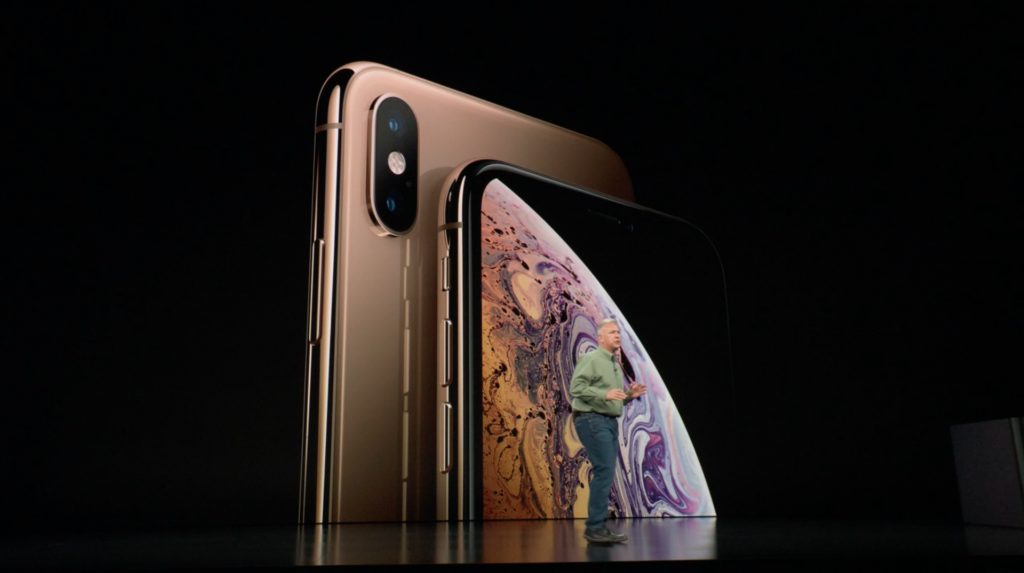 Face ID is the ‘most secure facial recognition technology’ ever, we’re told, and the new Apple A12 chip is under the hood – or A12 Bionic in full, which is 30% faster according to the company. A new 512GB storage option will be offered.

Just when you think things are getting interesting…we take a detour to watch someone order a coffee. Selfies are going to be great, though. Promise.

A dev is on stage now, talking about some of the ins and outs of mobile gaming on the iPhone XS and XS Max. Not quite sure why it looks sweet, but it looks pretty sweet (seriously). It’s Elder Scrolls: Blades being shown off, by the way. 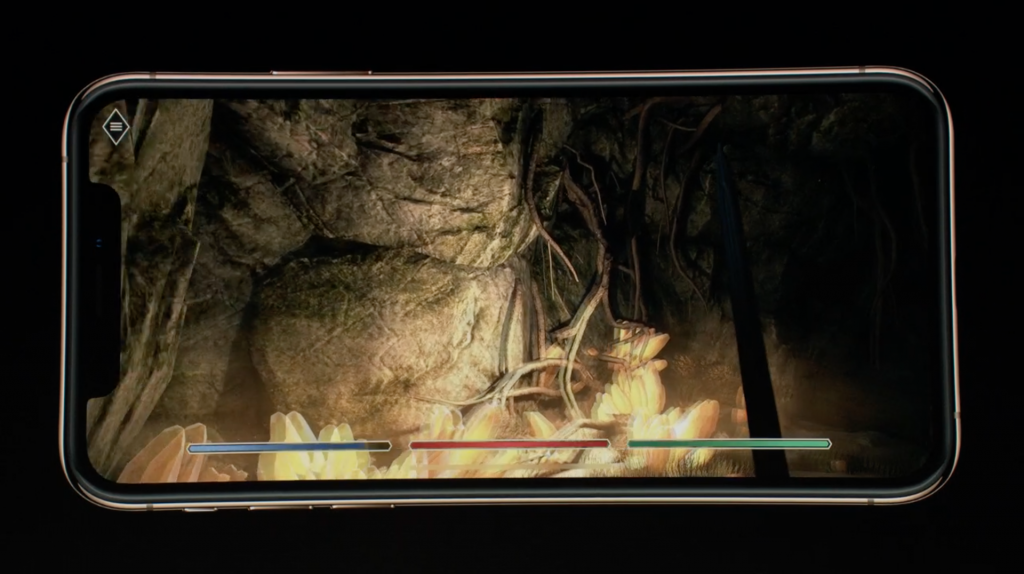 Now, on to the juicy camera details.

There’s a dual camera set-up on both the XS and XS Max, as the rumour mill predicted, with the sensors 2x faster according to Apple.

Here’s a look at the specs, as revealed during today’s Apple event presentation. 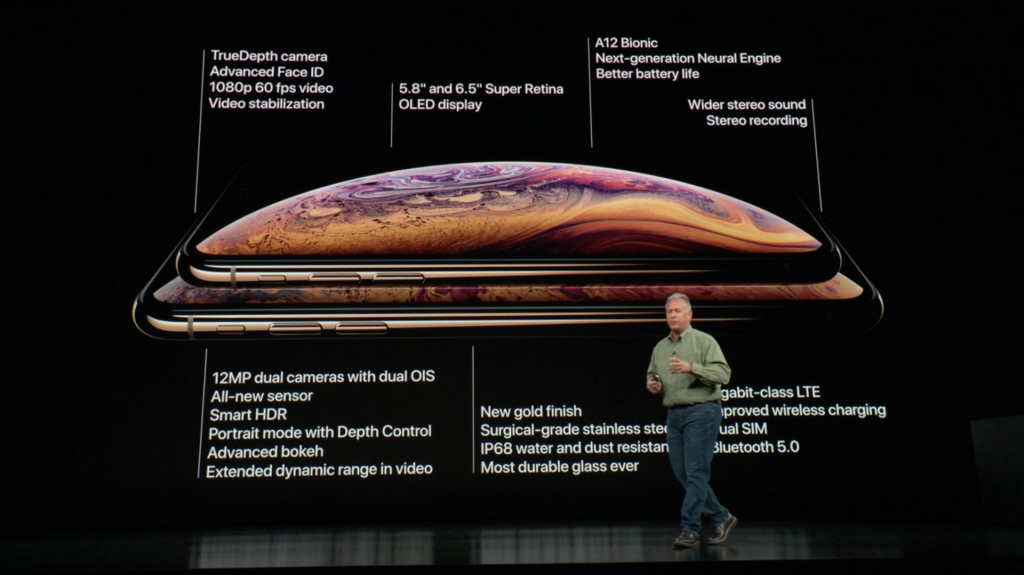 ‘Bokeh’ effect photos all up in the house now. You’ll be able to virtually adjust the depth of field after taking an image, from f/1.4 right up to f/16 – a new feature for iPhone photography.

More tasty details now. Battery life. The iPhone XS will offer up to 30 minutes more stamina (compared to the iPhone X) while the XS Max packs the “biggest ever battery” seen on an iPhone. That’s some sketchy specs, even by Apple notoriously murky standards.

Dual-SIM is also now officially a thing with the iPhone XS (and XS Max), while eSIM technology is sticking around and Gigabit LTE speeds are going to be at your disposal.

Here’s the “incredible” iPhone Xr. Yeah, they actually went and called it that.

As you’d expect, it’s a cheaper, 6.1-inch iPhone with an LCD screen. There’s loads of new colour options, too. Apple really has been leakier than a rat’s arsehole this year, hasn’t it? 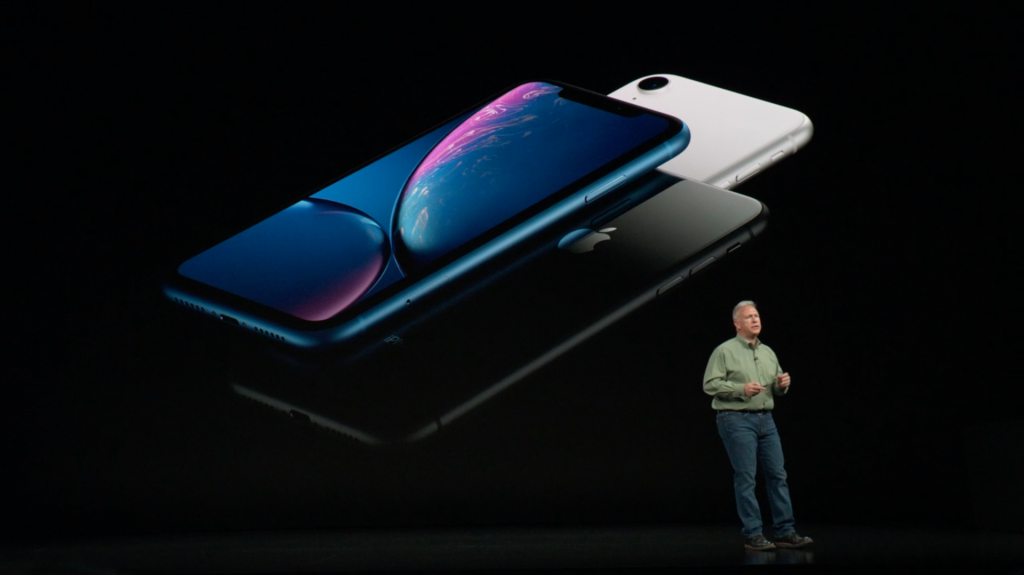 It’s inferior pretty much across the board (not a surprise), with a single 12-megapixel camera and IP67 rating, but it does get the 7nm A12 chip – let’s see how much it costs now.

It’ll go up for pre-order on October 19, with the iPhone Xr release date set for October 26.

Both will be available to pre-order this Friday (September 14), with the iPhone XS release date now confirmed as September 21.

Before we end, let’s pour one out for the iPhone 8 Plus and iPhone 6S, both of which have gone to the digital bone orchard tonight by way of these new Apple reveals. And remember that iOS 12 and macOS 10.14 Mojave are also approaching their final release.

Oh, and tvOS is getting Dolby Atmos support, Tim Cook winds things down by saying. Yep, nearly two hours later and I’m most excited by an OTA software update.

OPINION: Why the new Mac Mini no-show is actually a good thing

Did Apple impress you at its September event? Tweet your thoughts to us @TrustedReviews.