The Elder Scrolls: Blades is finally here, having launched into its early access period across iOS and Android.

The game has players take on the role of one of The Blades, a unit of elite soldiers that work for the Empire returning to your hometown after a long period in exile. Then, you’ll kick the hell out of some skeletons, draugr and some creatures that are not undead, as you try to help rebuild your town.

It should offer a fairly tight Elder Scrolls experience, with character customisation and a levelling system, tied up with some mobile mainstays like procedurally generated levels and swiping your fingers frantically to block with a shield or cast a massive fireball.

Elder Scrolls Blades release date and platforms – when is it coming out?

You can now download Elder Scrolls Blades across iOS and Android, although access is currently being slowly rolled out ahead of the game’s full release.

You’ll sadly only receive a single fight before being thrown to a login screen. Keep an eye on your notifications, as Bethesda will notify you once you can play for realsies.

Elder Scrolls Blades trailers – How does it look?

We’ve compiled all of the latest trailers for Bethesda’s mobile RPG below:

At Apple’s iPhone XS launch, Howard took the stage to talk about the gameplay benefits of playing with the iPhone XS due to its beefy specs, with the range’s OLED screen showing off the best of the game’s graphics.

Elder Scrolls Blades Gameplay – How does it play?

Bethesda has attempted to translate its sprawling library of role-playing adventures to iOS and Android with a condensed series of mechanics and locations, and, judging from the two demos we played, this has been achieved with mixed results. Now, it’s unreasonable to expect a 100+ hour RPG to fit into the palm of your hand, and Bethesda is perfectly aware of that.

As a result, controls and movement have been simplified so much that you can play with a single finger. When holding your device horizontally, movement can be achieved by tapping forward on the screen. Upon doing so you’ll walk to whatever plain of land, enemy or ancient ruin you highlight. It’s highly intuitive, making it a breeze to navigate the open world and dungeons on the go.

You can make the method of control a little more complicated by turning your device vertically, which provides you with two virtual thumbsticks for movement and camera control. I’ve always found this to be a little fiddly, especially when the former technique achieves the same result. In terms of where you’ll be moving, Blades had me exploring two isolated locations throughout two demos.

The first saw me exploring a grassy expanse filled with creatures pulled from the likes of Skyrim and Oblivion. This included horrible spiders and mischievous goblins who were happy to rush up to me and initiate combat. Encounters in Elder Scroll: Blades appear to be specific, one-on-one encounters instead of pitting you against multiple adversaries. This makes perfect sense once you figure out how combat actually works. 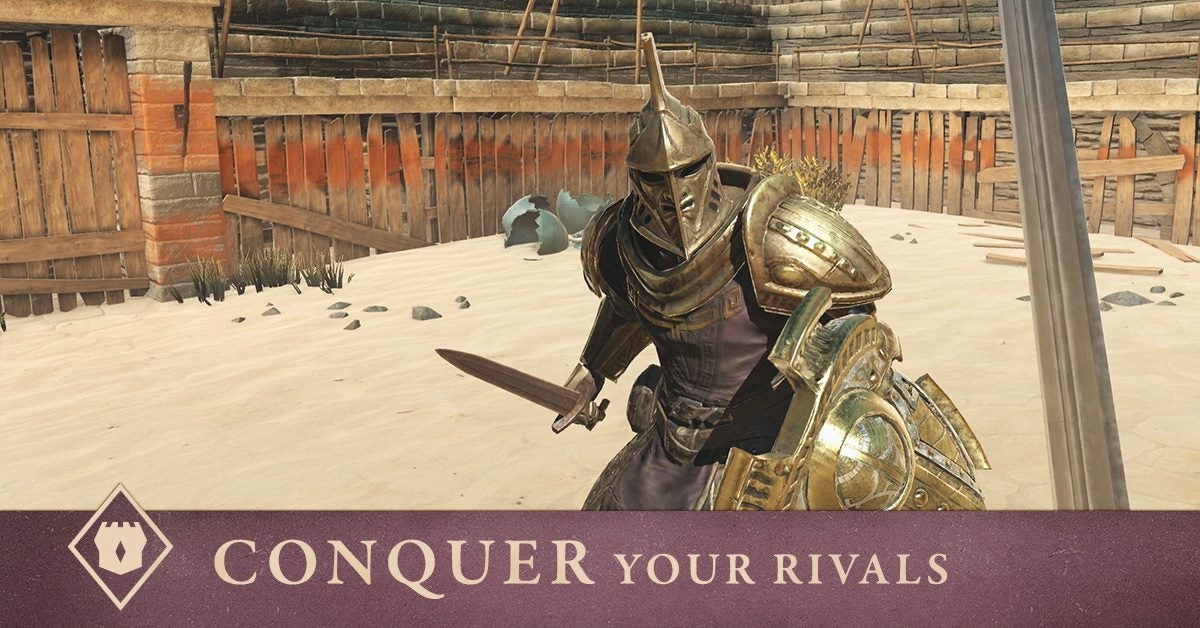 You’re equipped with three abilities at any given time, which are split between your sword and shield, or whatever loadout you may have opted for in the finished experience. Tapping on the screen will initiate a sword slash, represented by a circle appearing on the screen. You can tap it right away or opt to the instead do it in time with a simplistic rhythm game which will result in extra damage. It’s really well implemented and makes even playing with a single hand feel rewarding.

Other abilities include a vicious shield barge and a lightning magic attack which help deal massive damage. You can also perform skills in a certain order as a way of breaking the guard of tougher enemies, although this only surfaced once or twice in my entire demo. It isn’t entirely clear how expansive customisation will be in Blades, although I imagine it will be one of the major hooks that lead players to invest in a portable RPG. Given the Elder Scrolls name attached to it, I’d expect a decent level of freedom at the very least.

The second brief demo was more of a traditional dungeon encounter with undead hordes eager to cut me down at every corner. Much like the previous level, it was a brief way of introducing the mechanics instead of going into any major depth. Knowing this, it was easy to overlook the lack of detail in what is destined to be a free-to-play effort. However, I did begin stumbling upon two modes of currency: Gems and Gold. The stuff was everywhere, whether it exploded out of dead enemies or hidden in containers dotted about the place. 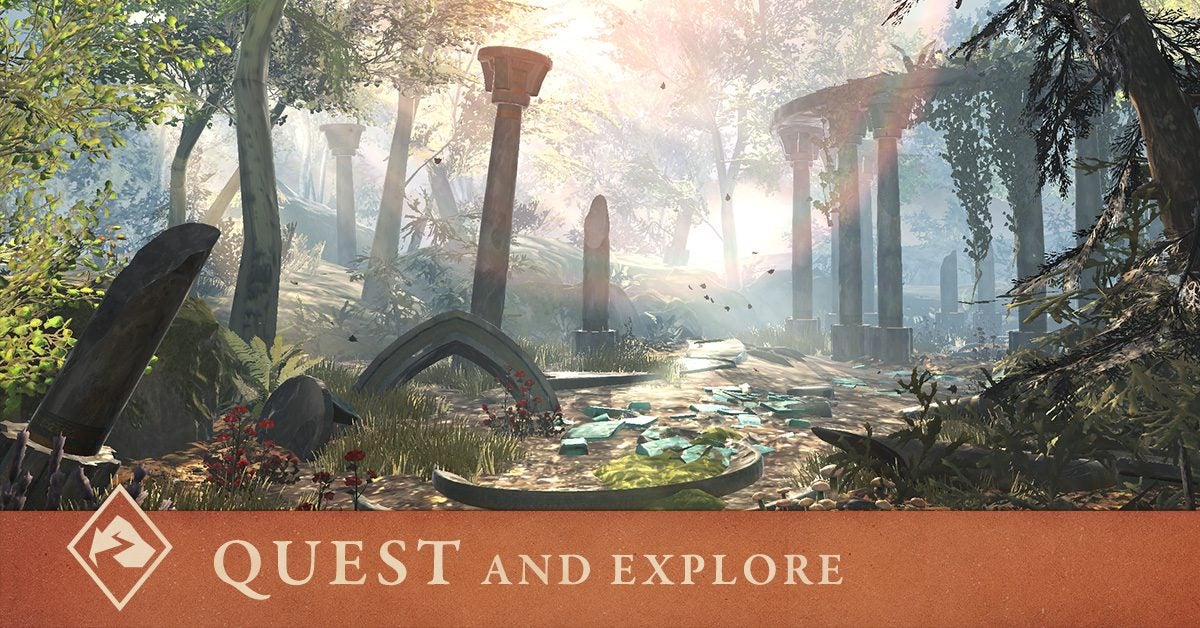 I’ve no idea how these modes of currency will play into the full experience, although I imagine one will be a standard way of purchase wares, while the other is more of a premium currency that the majority of big mobile releases boast nowadays. It makes perfect sense, although what you’ll actually be buying remains unknown.

Both demos concluded with me besting a particularly powerful enemy, utilising the aforementioned strategy until I had them on the ropes and ready to surrender. Once they hit the floor I was greeted with a triumphant musical cue and returned to the main menu. I would have loved an opportunity to explore further, as there was no doubt a few nooks and crannies I missed.

Elder Scrolls: Blades has the potential to be a sprawling mobile RPG, although I simply haven’t seen enough of what it has to offer to form a real opinion on it.

The two short demos I played through could both be completed in ten minutes, acting as a brief introduction to the streamlined mechanics of from Blades’ older sibling on consoles and PC.