Since its debut in 2015, the Apple Watch has evolved from an iPhone accessory into a wrist-based phone. Now its fourth generation has come bearing a refreshed design and some new heart-tracking features.

But how does Apple’s latest smartwatch compare to the new Samsung Galaxy Watch? We’ve compared them to give you an idea which one’s likely to be the best fit for your wrist and life.

It’s fair to say Apple and Samsung have different tastes when it comes to smartwatch design – the Watch 4 and Galaxy Watch are pretty much polar opposites.

The new Apple Watch 4 retains its traditional square face, albeit with a 30% larger screen thanks to its smaller bezels. Samsung’s Galaxy Watch, meanwhile, looks much more like a traditional watch thanks to its circular screen and rotating bezel.

That rotating bezel is an excellent way to navigate the Galaxy Watch’s Tizen OS. The Apple Watch 4 sticks to the combination of a refined Digital Crown with haptic feedback and a menu button. It’s an intuitive system, if not a bit more fiddly than a more finger-friendly bezel.

Both smartwatches have a range of extra bands to choose from to change up their look, although the Apple Watch 4 has a far bigger selection thanks to its many third-party options.

The Galaxy Watch and Apple Watch 4 are also both available in two case sizes. Samsung lets you choose between 42mm and 46mm varieties, with the latter particularly good for larger wrists, while the Apple Watch has 40mm and 44mm options.

If you prefer smaller, more discrete watches then the Apple Watch 4 might be a better bet – it’s slightly thinner and also weighs considerably less.

Like most smartwatches, the Apple Watch 4 and Samsung Galaxy Watch are both heavily focused on health and fitness.

One of the Apple Watch’s biggest new features is its ECG sensor. This lets you take an electrocardiogram using the digital crown, which is a first for a smartwatch (although the ECG app will initially only be US-only). Keen runners will be pleased to hear that the accelerometer and gyroscope have been improved too.

Samsung Galaxy Watch now includes auto-tracked workouts – it can do this for cycling, elliptical trainers, rowing, walking, running and dynamic workouts. You can also manually set it to track 39 exercises in total, including strength training. Both smartwatches are waterproof for swim-tracking. 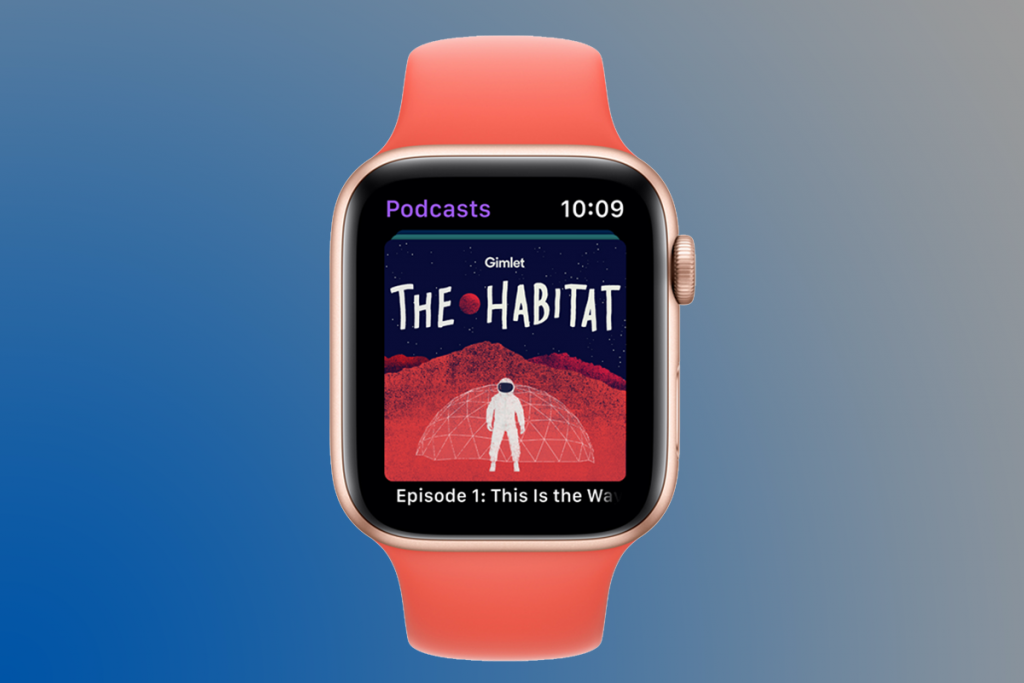 When it comes to music, each watch sides with one of the two big streaming services. The Apple Watch 4, naturally, works best with Apple Music, while the Galaxy Watch handily supports offline Spotify tunes for phone-free runs.

Samsung’s smartwatch also edges it for battery life, at least on paper. Its 46mm version claims to be able to last for seven days on a charge. The Apple Watch 4, meanwhile, will keep going for only the usual 18 hours.

While Tizen OS has made strides in attracting more third-party app support, including Strava, it’s fair to say it still lags behind the sheer of variety available on watchOS 5.