It may have been neglected for four years, but the Mac Mini range has finally seen an update with the new Mac mini 2018 – and it’s available to buy right now.

For those unfamiliar with the Mac mini, it’s a compact Apple desktop computer but without all the added pricey peripherals you’d find with an iMac.

The Mac mini hadn’t seen a refresh since 2014 prior to this new release. This meant that the Mac mini was severely lacking in terms of its CPU performance compared with more modern machines, especially with the likes of Intel’s 9th Gen CPUs launching.

With the release of the new Mac mini 2018, however, the range now has a super-powerful model that will no doubt satisfy creatives and professionals. Boasting an 8th Generation Intel CPU with up to six cores and support for up to 64GB of memory, the new Mac mini has been designed to blast through all of your most intensive media tasks. 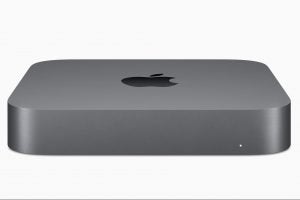 Aimed at professionals and creatives rather than your average computer user, the new Mac mini 2018 has had a hefty performance boost compared with the previous iteration of the miniature device.

The new Mac mini features a quad-core 8th Generation Intel CPU with the option to upgrade to six cores. Apple claims that this equates to speeds up to five times faster than the previous iteration of the Mac mini. You’ll have to make your mind up pre-purchase in terms of how many cores to plump for though, as reports suggest the CPU will be soldered in to prevent tinkerers from upgrading the new Mac Mini themselves.

The memory has had a whopping upgrade too, now with 2666MHz DDR4 SO-DIMM and support for up to 64GB of RAM if you wish to upgrade it yourself at a later point.

You also get up to 2TB of flash storage, which is a lot of space for even the most proactive of creatives. Apple claims the new Mac mini 2018’s SSDs are four times faster than what the previous generation offered. As with the CPU, the SSD has reportedly been soldered to the motherboard, so make sure you pick a Mac Mini model with adequate storage as you won’t be able to upgrade later.

Apple’s T2 chip also features to ensure a solid level of security, so your million-dollar creations don’t slip into the wrong hands. The T2 chip was also confirmed to be included in the new MacBook Air range.

The new Mac mini has a slew of ports too. This includes Ethernet (10GB available), HDMI, a headphone jack, two USB-A and four Thunderbolt ports, which should be more than enough for prosumers.

To top it all off, Apple’s continuing its quest to make the world more eco-friendly by making the new Mac mini’s casing out of 100% recycled aluminium. Elsewhere, there’s not much of a change in terms of physical looks, although you do get a rather suave Space Gray finish.

We’re expecting to get a review unit in very soon, so if you want our verdict on the new Mac Mini, make sure to keep checking Trusted Reviews.

The new Apple Mac Mini is available to buy right now. Orders are like on Apple’s official website.

Apple first announced the new Mac Mini during its October keynote presentation, with the device hitting stores back on November 7 2018. 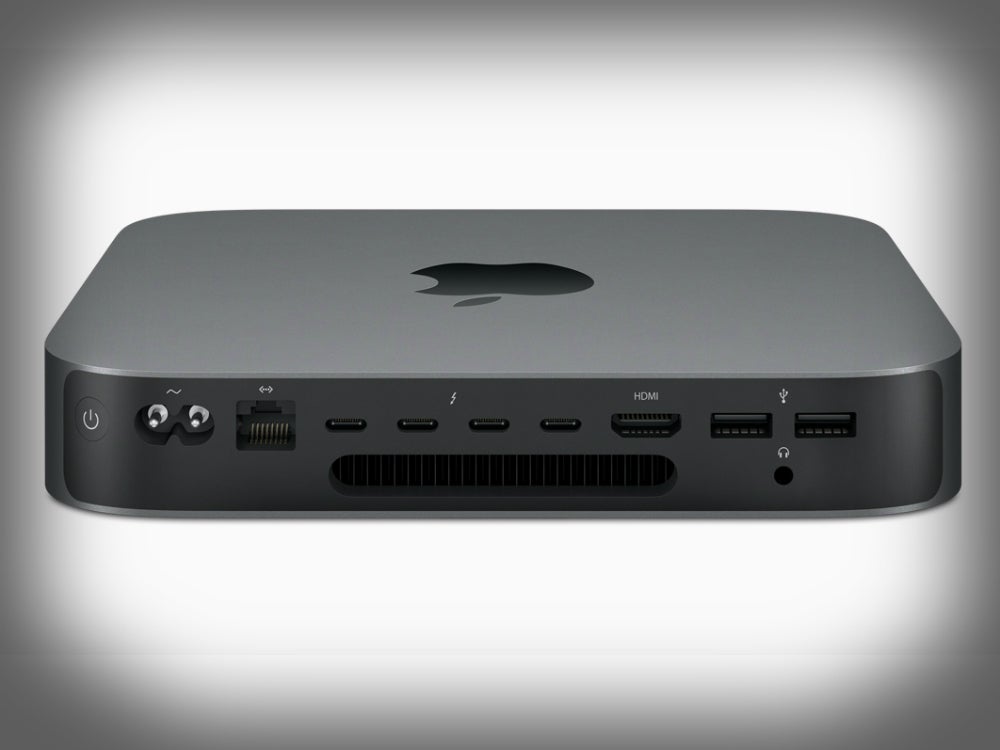 That’s a pretty decent price, especially since the most expensive Mac mini of the 2014 generation cost £949 earlier in the year. Considering the 2018 model has superior specs, you’re getting extremely good value here.

Note that the 2014 generation of the Mac mini is no longer available to buy.

Will you be buying the new Mac mini? Let us know @TrustedReviews.