OPINION: Ryan Jones refuses to give up on a Mac mini 2018 update. In fact, he’s convinced that its Apple ‘Gather Round’ absence only hints towards even better specs than first anticipated.

You’ve got to feel for Mac mini fans.

It’s been a whopping four years since they were treated to a refresh of the diddy desktop computer. Back then, Brexit wasn’t even a thing and Donald Trump was just “that US Apprentice guy”.

Worse still, since 2014 Mac mini fans have had to watch on enviously as the iMac, iMac Pro, MacBook and MacBook Pro have all seen updates. Apple’s barely mentioned the Mac mini in that time – except for one occasion.

In October 2016, Tim Cook confirmed to an Apple fan via email that the Mac mini will be an important part of the company’s product line going forward. You can understand if that made Mac mini fans a little excitable.

But that email was sent almost a year ago, and now that yet another Apple event has gone by without any sign of the Mac mini, there’s no surprise that fans are now readying the pitchforks and unloading angry rants onto Reddit.

Before you buy your Tim Cook dartboard, though, there’s good reason to believe the Mac mini’s absence at Apple’s ‘Gather Round’ event doesn’t suggest we won’t be getting a new model this year. In fact, the delayed announcement could very well point towards the Mac mini 2018 getting Intel’s upcoming 9th Gen Intel Core processor. A bold claim? Of course. But there’s a convincing argument to be made. 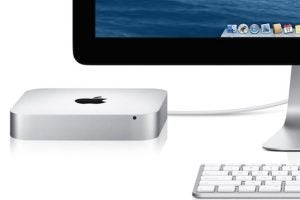 There will be a new Mac mini announced this year. You can bet my life savings on it.

I don’t have any secret intel, nor do I have Tim Cook emailing me on the sly – this prediction is based entirely on the sheer amount of rumours that have been floating around in the past few months.

Okay, sure, tech rumours are about as reliable as a doctor diagnosis from the web – I’ve no illusions about that – but there’s no smoke without a fire.

Whenever you see such an influx of web-based whispering in the tech world, you almost always see the launch of the rumoured product follow. Said gadget might be completely different to what was first suggested, but you can be sure you’ll eventually see something.

And come on, who the hell’s going to make false rumours about the Mac mini?

So if the Mac mini is definitely going to be revealed this year (and trust me, it will) then why didn’t Apple show it off at the ‘Gather Round’ event? Personally, I think there are two different plausible explanations.

First, it could be simply down to Apple wanting to put as much focus on the new iPhones as possible. The September event has traditionally always been a smartphone showcase, with all of the other new Apple products being little more than a sideshow.

This explanation is entirely plausible, especially with rumours suggesting the new Mac mini and MacBook Air will instead be unveiled at a separate October event.

There is a second explanation, however, one which is significantly more exciting. If rumours are true that the new Mac mini will be launching in October, then it could potentially coincide with another significant tech reveal: Intel’s 9th Generation desktop CPUs. 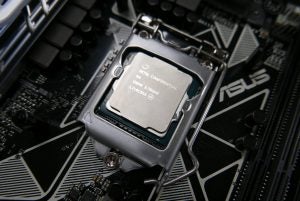 Give us some Intel

Maybe I’m just in full conspiracy mode here, but if the Mac mini does in fact feature Intel’s upcoming chip, then it would explain why Apple had to wait so long to show it off to the world.

The most convincing argument for this theory, though, is that rumours are suggesting the new Mac mini will be aimed at media professionals who are in need of a machine with super-speedy internals.

In fact, such a reveal would finally give Mac mini users the bragging rights for once, as they’d suddenly be boasting one of the fastest computers on the market – now that would be worth the 4-year wait.

Do you think the new Mac mini could be housing Intel’s new processor? Drop us a line @TrustedReviews on Twitter.