On paper, the Apple Watch series 4 looks pretty awesome and is being marketing by Apple as the only wearable that’s just as good for fitness tracking as it is for smart functionality. But with Fitbit having only just launched the Fitbit Versa – which costs close to half what the Apple Watch 4’ll set you back – mere months ago, you may be wondering what extra features you get with the new Apple’s new wearable.

Here’s a breakdown how the Apple Watch 4 and Fitbit Versa compare.

It’s no secret: the Versa doesn’t have a terribly original design. In fact, from a distance, the square smartwatch looked all but identical to Apple’s previous generation Apple Watch Series 3 wearable.

This remains the case with the Apple Watch 4, which at first glance is pretty similar to its predecessor. The only big visual difference is that the Apple Watch 4 is available in 40mm and 44mm sizes. This makes the watch much wider than previous gen Apple Watches, which came with 38mm or 42mm options.

Both versions are way bigger than the Versa, which is around 33mm big. Size aside, up close you’ll see a few things differentiating the Apple Watch 4 from the Versa. The biggest of these was the fact that the Versa doesn’t have a Digital Crown, unlike the Apple Watch. Instead, it has a power on/back key along its left-hand edge and start/pause and end workout buttons on its right.

Thankfully when it comes to toughness both watches are reasonably well stacked and suitably water resistant for swimming and most water sports.

Both watches have NFC and support for most common payment platforms. Though Apple Pay users will be stuck with the Apple Watch. 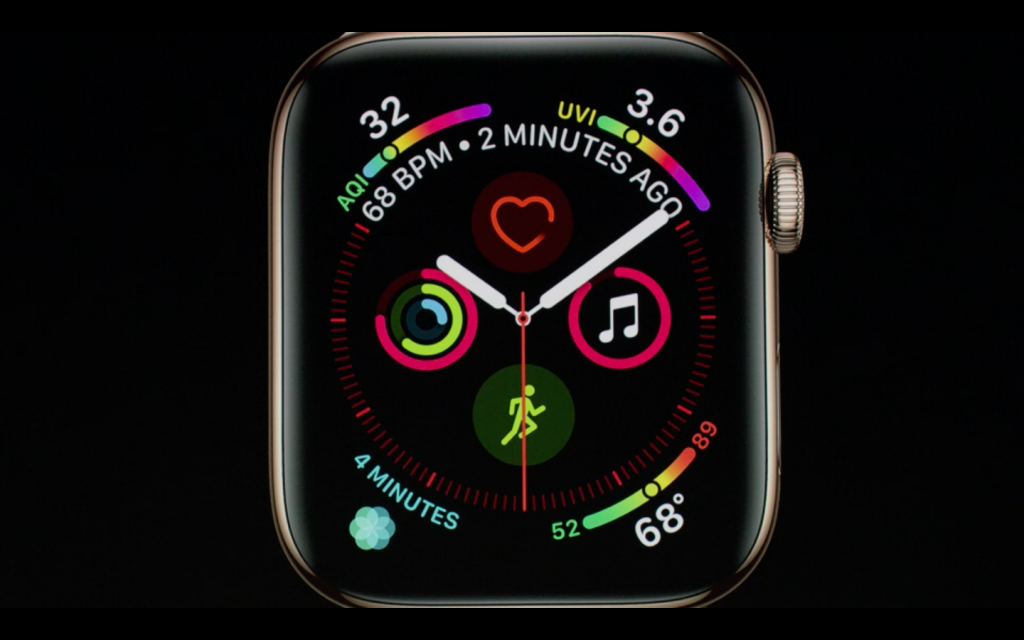 The Watch Series 4 has an improved set of sensors, compared to its predecessor. The biggest change is the addition of an ECG reader. The sensor boosts the Apple Watch 4’s general health tracking services and will give wearers a measurement of their heart’s electrical activity. The sensor’s intended to help people and medical practitioners spot anomalies and worry signs faster.

The Fitbit has a slightly stripped down feature set. As well as not having an ECG, there aren’t LTE or GPS options. The Apple Watch is the only one of the two to feature LTE. To extend its lead, Apple’s also improved its connectivity by redesigning the back. The new bottom is made of black ceramic and sapphire crystal. This is so radio waves can pass through the front and back for better cellular reception.

The lack of LTE on the Versa is semi-forgivable given the price difference, but the lack of a GPS will be a deal breaker for even semi-serious runners or cyclists. Its absence means you’ll have to take a tethered smartphone with you if you want to track running or cycling distances.

Using Fitbit’s own OS also means the Versa doesn’t support popular music streaming services, such as Spotify. Unlike the Apple Watch Series 4, which works with pretty much every streaming service you can think of, the Versa only works with Deezer. It partially makes up for this by having local storage for up to 300 songs, but not being able to cache songs on the phone will be an annoyance for people that rely on subscription services for their tunes.

Outside of this the two stack up pretty well as fitness trackers. Both have heart rate monitors built plus the usual assortment of accelerometers, gyroscopes and altimeters. This means you’ll be able to track most basic workouts with zero issue.

The only serious area we can see the Versa having a lead is battery life. With ongoing testing, we’ve found the Versa generally lasts between three-to-five days, with workouts. Past Apple Watches have struggled to regularly make it past two days in our experience. Considering Apple’s quoting the same “up to 18 hours” life for the Apple Watch 4, we can’t see it beating the Versa here. 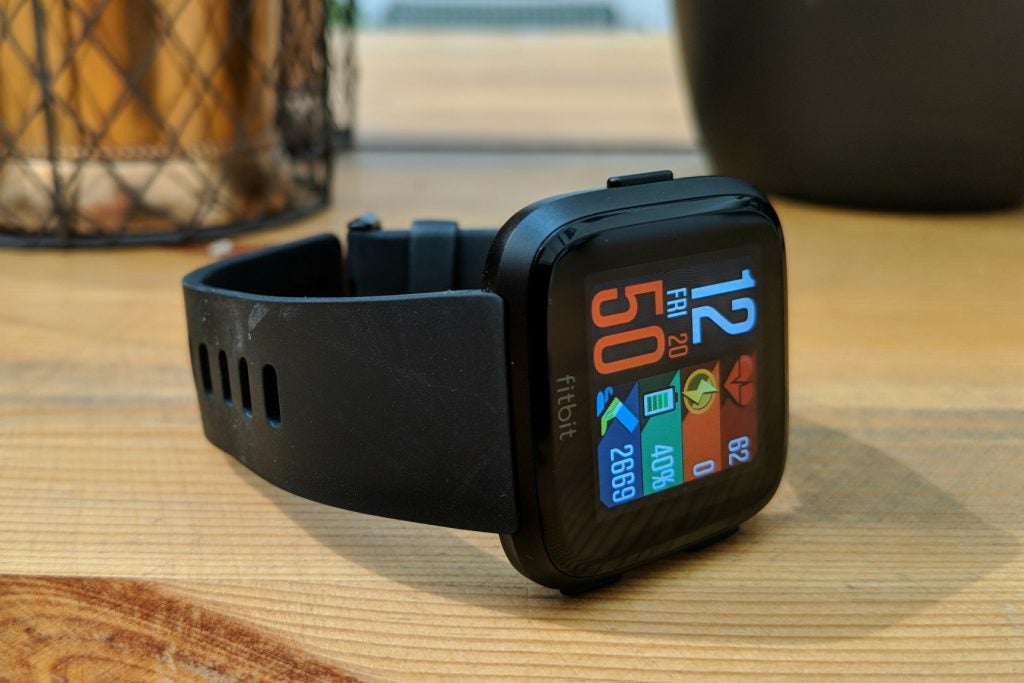 The Fitbit Versa is the cheaper option of the two. Costing £199 it’s close to half the price of the Apple Watch 4. Pricing for the non-LTE Apple Watch 4 starts at $399 with UK pricing yet to be announced.

Think the Apple Watch 4 can justify its hefty price, or are you more tempted by the cheaper Fitbit Versa? Let us know on Twitter @TrustedReviews.