Which is the best tablet?

In the latest Android versus Apple battle, the Xperia Z2 Tablet hopes to de-throne the current king of the big tablets, the iPad Air.

Does Sony’s latest slate have what it takes to truly trouble the Air? We compare the specs to see which of the tablets comes out on top.

While the Z2 Tablet has the bigger screen of the two it’s actually slimmer and lighter than the iPad Air. It’s also waterproof as long as you remember to close the lids over the ports. If you want to take the iPad Air into the bath, we’d suggest getting a waterproof case or not putting it anywhere near water at all.

Both tablets are attractive in their own unique ways. The Xperia Z2 Tablet adopts the same Omnibalance design as the Sony Xperia Z2 phone and avoids looking as uninspiring as the majority of Android tablets. It loses the glass back of the Tablet Z, replaced with a plastic rear. But it does have a memory card slot to add to the 16GB storage – by up to 64GB – and a SIM slot if you opt for the 4G model.

The iPad Air still comes out top for pure aesthetic design. It may not be lighter or slimmer than the Z2, but the 200g weight reduction from the iPad 2 still makes it perfectly balanced and comfortable to hold for long periods. Similarly, it doesn’t have the same expandable storage support as the Z2, but you do have Apple’s iCloud cloud storage like the Sony tablet to store files and media. 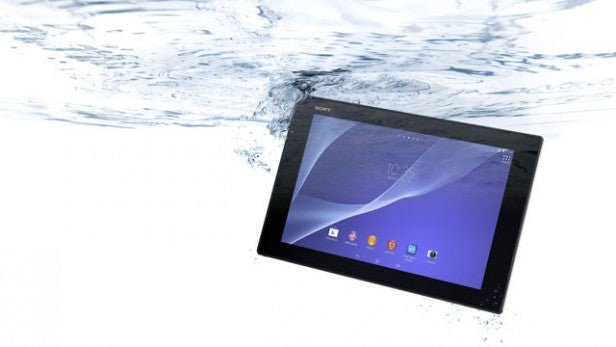 Like the Xperia Tablet Z, the Z2 Tablet sticks with a Full HD Plus display, using an IPS-style LCD panel with Sony’s Triluminous TV technology to produce natural-looking colour tones. Sony also adds new Live Colour LED display technology to make colours all the more vibrant and punchy. It still falls short of the Samsung Galaxy Tab Pro 10.1 and Nexus 10′s sharp 2,560 x 1,600 screen so it’s by no means class-leading in every respect, but should offer good results.

If you opt for the iPad Air you get the same Retina screen as the iPad 4. That’s a 2,048 x 1,536 IPS panel with 264ppi, a pixel density count higher than the Z2 Tablet. The Air maintains its excellent colour accuracy and impressive viewing angles. All-round it’s still the best screen we’ve seen on a 10-inch (ish) tablet. 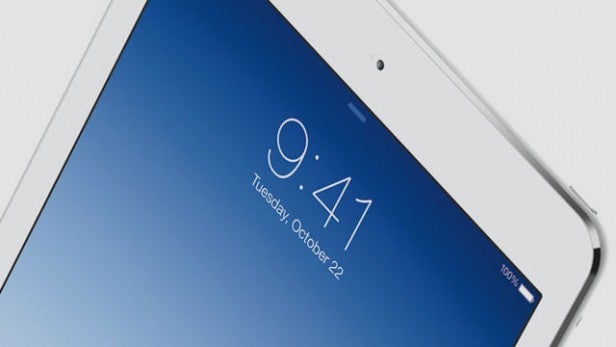 Both tablets are up to date with the latest versions of the respective operating systems. Apple’s iOS 7 is the biggest redesign of the operating system since it first launched adding features like the easy-access control centre and generally offering a slicker, more optimised experience.  The big news is that the iWork and iLife suites of apps are now bundled free offering you Microsoft Office alternatives to take care of your productivity tasks.

iOS does still lack the customisation of Android and while the Z2 runs on a slightly skinned version of Android 4.4 KitKat, it’s not as overbearing as it can be on Android tablets. You will of course have access to the all-important Google Play store which might not be able to match the roughly 500,000 iPad optimised app in the App Store, but continues to make vast improvements as a place to download apps and purchase content. 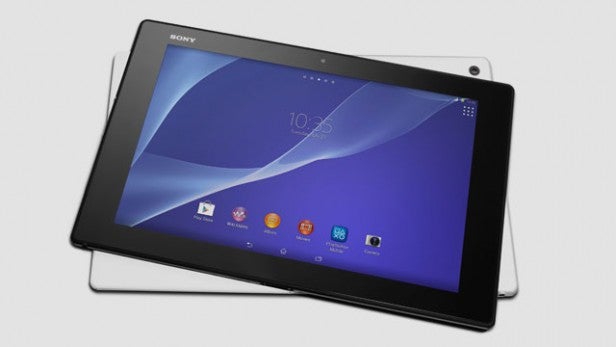 Neither tablet should be a slouch in this department. The Z2 Tablet is powered by Snapdragon’s latest quad-core 801 processor clocked at 2.3GHz which is up from a 1.5GHz Qualcomm Snapdragon S4 Pro processor. It also includes a new Adreno 330 graphics core to give it improved gaming prowess and has a healthy 3GB of RAM to ramp up its multitasking skills.

The Air, like the iPhone 5S, benefits from Apple’s new 64-bit powered A7 processor, which is clocked slightly higher than it is on the Apple smartphone thanks mostly to the extra room. It also packs the smaller M7 processor. This manages the iPad’s motion data and improves battery efficiency.

In terms of battery life, the Z2 Tablet hosts a 6,000 mAh battery that Sony claims should get you around 10 hours of video playback and 100 hours of music playback. That’s only really a slight improvement on the Xperia Tablet Z. You do get the benefit of Sony’s Battery Stamina power management mode, which does do a great job of upping the stamina levels of the Xperia Z1 and Xperia Z1 Compact smartphones. The iPad Air is in the same battery life ballpark. Despite reducing the size of the battery since the iPad 4, it still manages to make it through ten hours to last a day’s play. 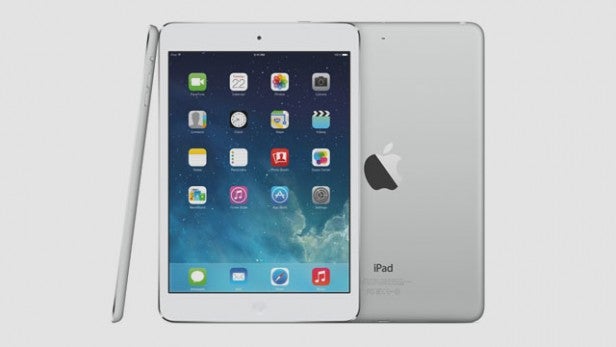 We’re not exactly sold on tablet cameras but if you have been near any tourist hotspots recently, there are definitely some people who want them. The iPad Air’s 5-megapixel main camera produces good pictures, although its images are not free from noise and you can still ‘only’ shoot up to 1080p HD video – no 4K here.

The Z2 Tablet meanwhile has more megapixels and an Exmor RS sensor to produce better low-light photography. It also adds the useful Superior Auto mode included in Sony’s smartphones. The front-facing camera has dropped from a 2.2-megapixel sensor to a 2-megapixel one for handling video chats. It’s not a too dissimilar setup from the Xperia Tablet Z so we are not expecting drastically improved results.

Both provide plenty of sharing options whether you want to mirror your screen to a TV or stream music over Bluetooth. Apple of course has AirPlay while Sony makes a big play with NFC so you can connect to its compatible speakers and TVs simply by tapping the tablet against them.

If you like your gaming, then the birth of iOS 7 controllers means you can now add more traditional controls when you are playing your iPad games. It comes at a price though and having spent time with the SteelSeries Stratus, it doesn’t come cheap enough. The Sony tablet also comes with DualShock 3 support so if you own a PS3 already you are in luck. 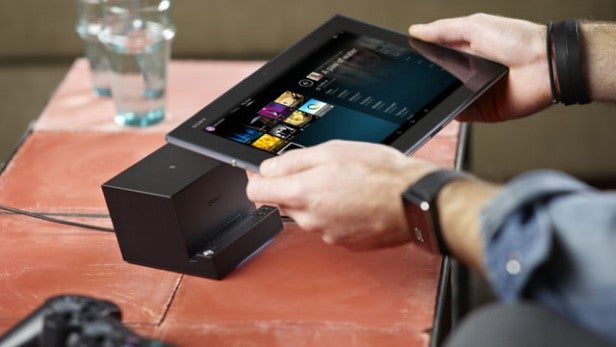 The Xperia Z2 Tablet makes the kind of improvements that should should see it as another solid 10-inch Android tablet option just like the Xperia Tablet Z. We are not entirely convinced that there’s enough that’s radically different from its predecessor to warrant the investment over an iPad Air.

Yes, it’s thinner and lighter than the Apple tablet and has the expandable storage support. At £399 for the Wi-Fi only model, it’s priced the same as the Wi-Fi only Air (£399). Both are 4G-capable as well and that will knock the price up to closer to £500. Equally, they have plenty of power and great screens, but the combination of the clean-looking iOS 7 and the more luxurious build of the Air just edges it for us.

Next, read our round-up of the best tablets to buy.