What is the Sony Xperia Z1 Compact?

The Sony Xperia Z1 has now been superseded by the Xperia Z3 Compact. If you’re wondering where the Z2 Compact is, well Sony seems to have skipped a generation.

At a time when phone manufacturers are competing to offer the biggest screens possible, Sony has gone against the tide with its diminutive Xperia Z1 Compact. Packing just a 4.3-inch display, it may be small, but you won’t find the performance compromises that the HTC One Mini and Samsung Galaxy S4 Mini are stuck with. Now down from £430 at launch to £319 SIM-free this diminutive model is a powerhouse of a phone.

The question we had before picking this phone up was whether packing such top-rate specs in a compact phone would WORK. Read on to see how we think Sony has done this with some class.

Sony has rounded off the edges of the phone to make it more comfortable to hold, and its single-piece aluminium frame gives it a strong, sturdy feel. The frame rests between two pieces of glass with a thin plastic join.

The construction has a lot in common with the iPhone 4 and iPhone 4S, but if anything the Xperia Z1 Compact sits better in the hand than its bigger counterparts because of the curved edges. The toughened glass back is prone to picking up fingerprint marks and, even worse, scratches. That’s not so much a problem if you are going to put it in a case, but it seems such a shame to do so with such an excellently designed phone. 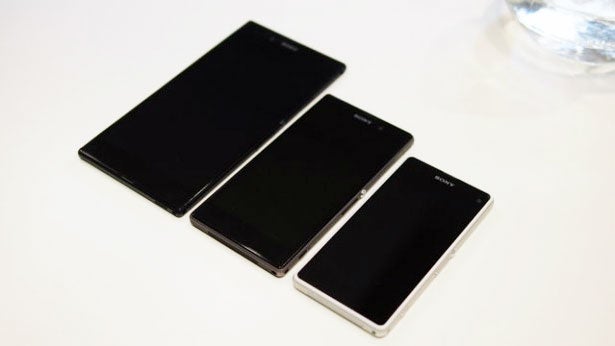 The Z Ultra on the left, the Z1 in the middle and the Z1 Compact on the right

The button layout of the Z1 Compact is similar to that of the Z1. All the covered ports and slots for microSD, SIM and charger are placed on the left, while the power button, volume rocker and dedicated camera button are on the right.

It would have been a nice touch for the volume and camera buttons to match the stylish metal Xperia power button but instead they are plastic. It’s a small issue and, on the plus side, the power button is perfectly placed for easy access. 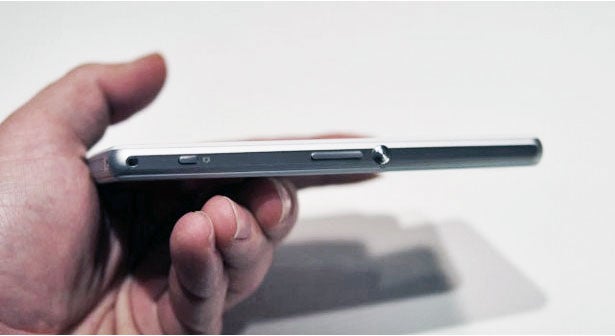 The flappy plastic covers that keep the ports dry are a necessary evil and one we’d happily live with for the IP55 and IP58 dust and waterproofing benefits they provide. This means the Z1 Compact is dustproof and can be dunked in water without dying. You’ll hardly ever need to open the microSD and SIM, but the power socket will get regular exercise.

The 3.5mm headphone jack at the top is open, meaning you can plug in headphones without any messing around with flaps. The speaker grille sits on the bottom of the Xperia Z1 Compact, which also has a wrist-strap hole.

It’s a tried-and-tested design that works well – the only thing that breaks the sleek lines is a proprietary charging port in the middle of the left hand edge, for use with a charging dock accessory (not included). On the Xperia Z1 this felt a little awkward, but the smaller size of this phone means it’s not as much of an issue. Another bonus of the design is that there is enough of a flat surface to balance the phone on its side, although not if you also want to be charging it at the same time. 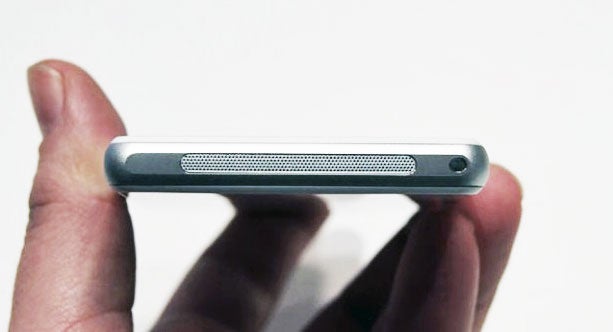 It’s also not that slim or light when compared to other 5-inch Androids like the Galaxy S4 and Nexus 5 either, which, while several millimetres taller and wider, actually weigh 10g less than the 140g Xperia Z1 Compact.

So what’s the benefit of having a smaller screen if the phone isn’t all that much smaller or lighter?

The biggest plus is that it’s easy to reach every area of the screen. Juggling a phone with one hand to try and reach the back browser button, all the while being crushed between sweaty commuters, is an experience we have had once too often with a 5-inch phone. The smaller size of the Compact and its ergonomic design means that it’s much easier to handle. 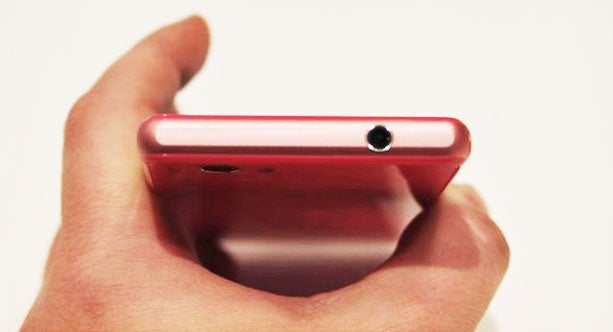 Trying to fit a big screen into as small a frame as possible comes with its own set of issues. The tiny bezels on some phones mean you occasionally touch an area of the screen by accident, making the rest of it unresponsive. You won’t have any such problems with the Z1 Compact as it comes with particularly chunky 6mm border from screen to phone’s edge. We would prefer a thinner bezel, but the 4.3-inch screen size means it’s not as much of an issue as it would be on larger-screened phones like the Z1. 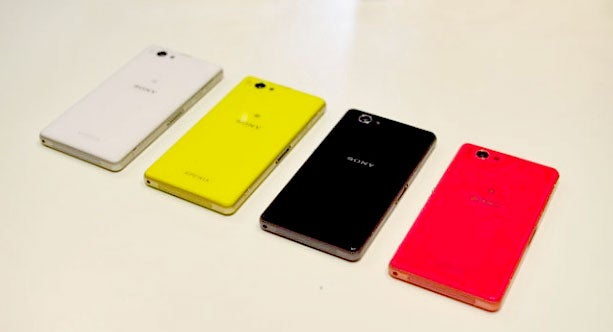 There are the two new colours that the Z1 Compact comes in: lime and pink. Both are surprisingly tasteful, helped by the lightly coloured shaved aluminium edges of the frame. The other colours are black and white – similar to the Z1 but with a slightly darker frame.