What is the Sony Xperia Z2 Tablet?

A sequel to the Tablet Z, the Xperia Z2 Tablet is the thinnest and lightest waterproof 10-inch tablet available packing a speedy Snapdragon 801 processor. Together with the Xperia Z2 phone Sony is hoping they can make a dent in the competitive 10-inch tablet market with this £400 offering.

Thinness is the order of the day when it comes to the Sony Xperia Z2 Tablet. Sony has almost become obsessive about creating one of the thinnest and lightest 10.1-inch tablets on the market. It certainly trumps the iPad Air, Samsung Galaxy Note 10.1 and pretty much any tablet from the major players.

The previous model was thin at just 6.9mm but the Xperia Z2 Tablet shaves a further 0.5mm from that. That’s slimmer than most phones. So it’s thin and at just 426g it’s light too. That’s 43g lighter than the iPad – a tablet famed for its lightness. 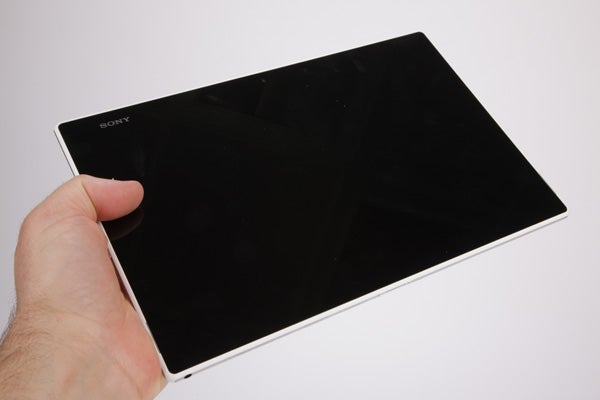 To achieve these feats Sony has made some conscious decisions in the design and build of the Z2 Tablet. The back is covered in hard plastic that feels thin, but not cheap. It has a very fine texture, which is surprisingly grippy, and you’ll find that holding the tablet is easy for extended periods. The back is an improvement over the previous Xperia Tablet Z, but not by much, and feels much less special than the metal-backed iPads or LG G Pad 8.3.

Perhaps the best thing about the design is that even though it’s so slender the Z2 Tablet feels solid and robust, helped by the aluminium frame. 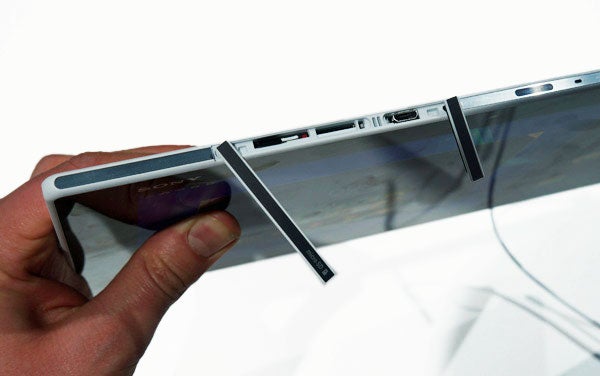 The top edge houses the microSD, 4G and charging ports and IR transmitter. These are hidden behind plastic flaps that help the Xperia Z2 Tablet achieve its IP55 and IP58 water and dust resistance. It’s a level up from the previous model and from the Galaxy S5.

A metal circular power button and volume rocker, that have become trademarks of the Xperia range, are positioned on the left. They’re easy to get to when you hold the tablet in landscape mode and feel quality. The fact that the buttons are shaped differently and there’s a little bump on the volume up makes it easy to know which button you’re pressing even when you’re not looking. 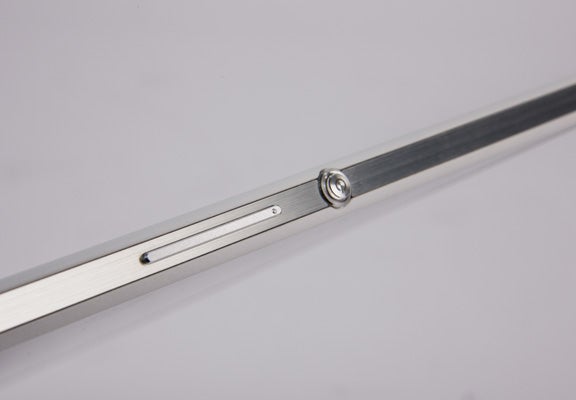 Along the bottom edge is the 3.5mm headphone jack and a proprietary connector for a docking station (bought separately).

Unfortunately, while the Xperia Z2 Tablet is super-model thin the overall dimensions are quite large, a fact made obvious by the large screen bezels – more than an inch thick on the sides. This extra width, coupled with the thin edges and pointy corners, mean that holding it one-handed isn’t as comfortable as the Kindle Fire HDX 8.9 or iPad Air are, even though the Z2 Tablet is lighter than the latter.

The bottom line, though, is the Z2 Tablet looks and feels good and we challenge anyone to not be impressed by how light and thin it is.

Sony claims that the Z2 Tablet has the best screen yet. The 1,980 x 1,200 resolution with 224PPI lags behind the likes of Apple and Samsung, but it’s the larger colour gamut and the additional sharpness provided by X-Reality and Triluminos technologies that Sony thinks can help it win out.

Unfortunately, it doesn’t compare favourably with the best of the rest.

Colours are overly warm and a little unatural. Reds are far too dominant, and while some greens look better than they do on other tablets others look toxic. You can tone these effects down by using white-balance setting and by turning off X-Reality, but even after half an hour of tinkering we could not find a hue that provided a natural colour pallette. it’s intersting to note that the Xperia Z2 phone does not suffer from the same screen issues while Samsung has come on leaps and bounds over the past few years with its AMOLED displays and these now have better colour accuracy and deeper blacks than the display on the Z2 Tablet can muster. 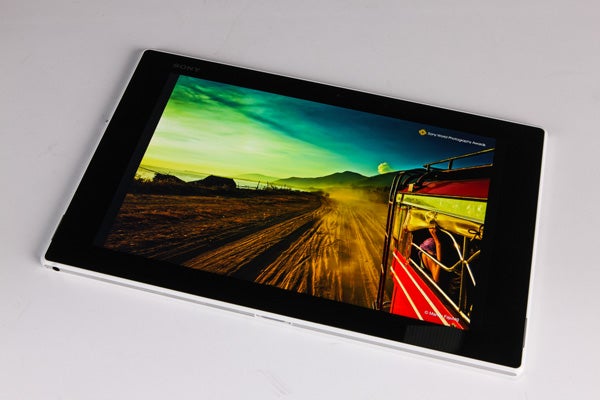 Viewing angles are decent but brightness is average. Couple this to the reflectiveness of the screen and you may struggle to make out what’s on display if you’re out and about on a sunny day.

Regrettably, X-Reality is no replacement for the extra megapixel count on the likes of the latest tablets, either. Text isn’t quite as sharp as we’ve come to expect from higher definition displays.

It’s not a bad display by any means; it just falls short of the competition. 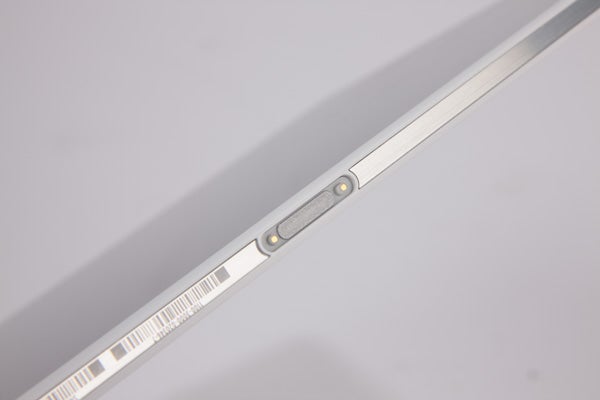 We admire the fact that Sony has managed to cram stereo front facing speakers into such a slim tablet. Two practically invisible grooves on either side of the screen manage to provide decent stereo separation but are otherwise, like the screen, rather unimpressive.

Sound is tinny, voices sound overly nasal and there is not much bass. Top volume is reasonably loud, but the quality is not that impressive. If you plan to use the Xperia Z2 Tablet as a video player without headphones you will be disappointed. The Kindle Fire HDX 8.9 has the best tablet speakers we’ve tested and would be a better bet if that’s something you really care about.

Xperia Z2 Tablet is too slim to provide enough space for decent speaker performance. We would happily trade several millimetres and some weight for better sound.