The gaming industry has long been seen as a place that focuses on white nerdy guys that play and make the games, and the burly muscles that star in them. Women haven’t had a look in.

In fact, women have gone from being the damsels in distress that need rescuing, a la Princess Peach, to becoming more worthwhile characters, but they’ve been scantily clad while doing it.

Heck, even Lara Croft – female gamers’ poster girl – started off life in teenie, tiny shorts and a revealing crop top. I remember, as a teen , my male friends trying to get the best pointy boob shot with the camera.

See also: So long Wii U, we hardly knew you 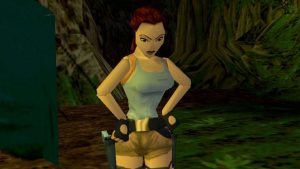 Even in the more recent titles, girls have been given a hard time. Take Watch Dogs, the female characters are only there to be kidnapped, threatened or killed while the male hero reigns supreme.

Like so many other games on the market, everything revolves around a male protagonist, who would often be tasked with saving women as pivotal plot points.

But, E3 2015 was the first of the Los Angeles-based game conferences to really celebrate diversity in gaming – especially when it comes to female gamers.

But what struck me was that it was all done with a distinct lack of fanfare. None of the publisher or developers drew attention to the fact they were more women representatives than ever before, or that the games featured female protagonists. The fact it happened so naturally made the underlying message even stronger – women do have a place in the games industry after all. 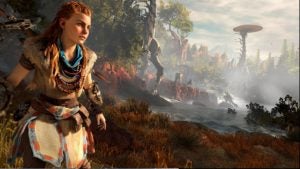 If you look at the games that were announced at E3 2015, you will see a selection of new IP featuring strong female leads. At Sony’s press conference a lot of time was devoted to Guerilla Games’ new title Horizon Zero Dawn. The game is set thousands of years after an apocalypse where the humans have lost their place as the dominant species. It follows the story of Aloy, a flame-haired machine hunter who has broken away from her tribe.

Art director of Horizon, Jan Bart van Beek, told me that the studio has always envisioned the game with a female lead – partly to show her growing in strength, but also to highlight her softness and vulnerability.

Microsoft also announced a game called ReCore, another risky new IP with a strong female lead. Although we don’t know much about the game at the moment, what we do know is that the game’s lead is a woman who’s skilled at robotics. 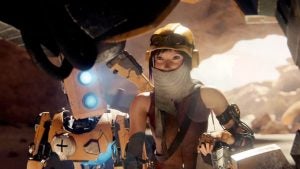 Of course, a lot of time was devoted to the Rise of the Tomb Raider, which builds on Lara Croft’s origins story, plus the return of Faith with Mirror’s Edge Catalyst.

Bethesda also devoted a lot of time to the character creation in Fallout 4, making sure to highlight the fact you can play as a woman and various nationalities.

Even the usually male-orientated Call of Duty: Black Ops 3 and FIFA 16 are getting involved with the new-found love for gender diversity. New specialist in Black Ops 3 include women, as do the character creation tools. Whereas FIFA 16 is introducing female teams for the first time.

Of course, Ubisoft has been keen to push the fact Assassin’s Creed Syndicate has a pair of playable assassins known as Evie and Jacob Frye.

Obviously Assassin’s Creed Syndicate has been in development for several years, but Ubisoft came under scrutiny last year after it admitted making playable female characters was just too much effort.

“It’s double the animations, it’s double the voices, all that stuff and double the visual assets,” Ubisoft creative director Alex Amancio said in an interview at the time. “Especially because we have customisable assassins. It was really a lot of extra production work.”

But at this year’s E3, it’s not only the games that are celebrating women in the industry. 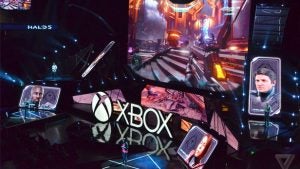 More than ever this year, female developers took to the stage to show off upcoming games. Ubisoft had Aisha Tyler, of Archer fame, host its E3 press conference for the second year in the row, with Angela Bassett emerging later to talk about her role as Six in upcoming shooter Rainbow Six: Siege.

Microsoft’s press conference opened with a trailer, but it was 343 Industries’ Bonnie Ross who was first on stage to talk about Halo 5: Guardians.

All this points to a significant shift in attitude, but that’s not to say that there doesn’t still remains a certain amount of gender bias.

The idea of “booth babes” still exists, where certain publishers and developers entice gamers to play by placing skimpily clothed women on their booths. There are fewer than there have been in previous years, but it’s a sad, cheap and titillating marketing ploy that should be consigned to a less enlightened era. Even sadder is that I overheard one gamer in a queue saying how he remembers the hordes of booth babes back in 2002 – referring to it as “the good old days”. 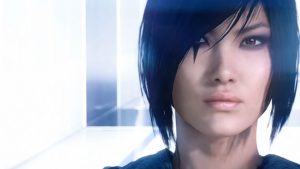 And then there’s Sony’s failure to have any women on stage, as well as Square Enix (excluding Lara Croft, of course).

Most surprising is that Nintendo is still such a male heavy presentation for a company that is so very family friendly.

Maybe I shouldn’t expect such wholesale change all at once. Step change is still positive and I’m just pleased that this year’s E3 represented a shift in thinking and, at the very least, an acknowledgement of diversity; celebrating the fact that gaming is about making connections and building communities regardless of sex, gender or race.

A great game should suck you into it, take you to new worlds and tell you a story that you’ll remember for a long time. I’ve never read a book that’s felt gender discriminative to its readers, and it’s certainly refreshing that the games industry is beginning to acknowledge that the same can be said for videogames.