Partaking in Mobile World Congress grants the global technology press access to a wealth of innovative technologies. This year we met the Nokia 9 PureView with its five rear cameras, the stunning Huawei Mate X foldable, Microsoft’s HoloLens 2 and a host more incredible products that we’ve featured in our Best of MWC 2019 round-up.

Of course, for every groundbreaking new smartphone or wearable that’s brought out on stage, there are also companies bringing some truly strange technology to the show too; products that leave us wondering why they were made, or perhaps who they’re meant for.

These curios of the congress pique our interest just as much as the headline-grabbing new handsets, laptops and other products that tech fans will be itching to get their hands on come launch time. As such, we’ve collated every unusual product our industrious team of writers saw at this year’s Mobile World Congress for your entertainment. 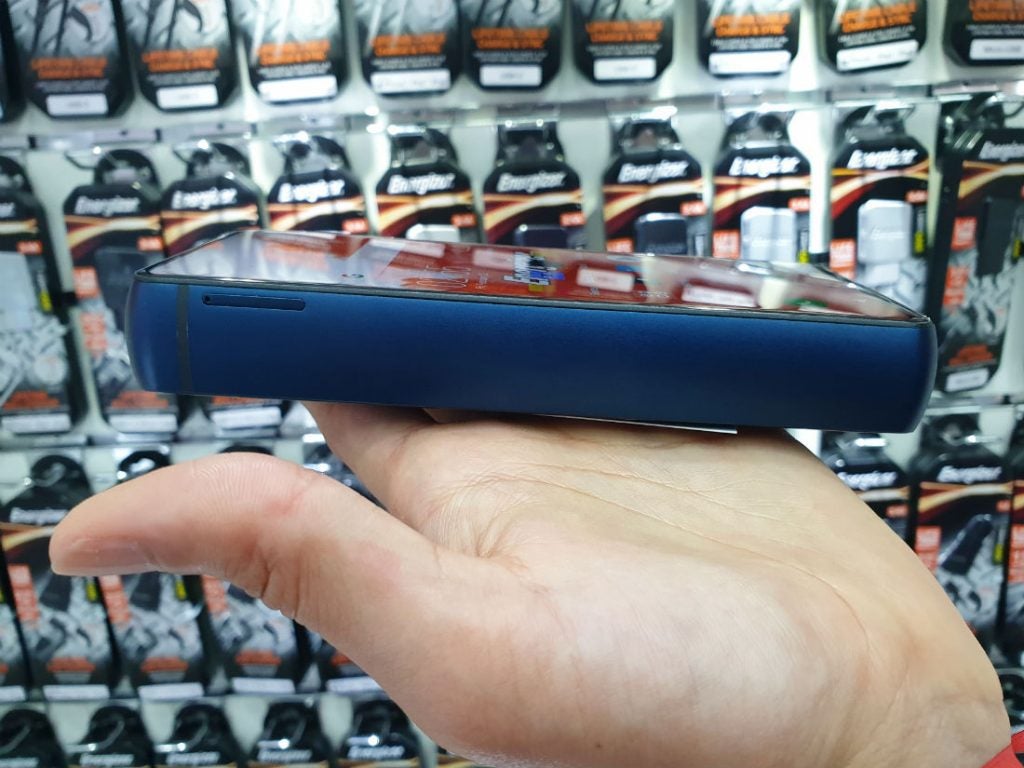 If the name alone wasn’t hefty enough, take a look at the phone it’s attached to. The Energizer Power Max P18K Pop was one of a bevvy of phones that Energizer brought to Barcelona but it was easily the biggest head-turner of the bunch based on the fact that it’s so darn thick.

In a world where manufacturers are trying their best to shave millimetres off their next major handset, the Pop throws a middle finger up to this whole concept in the pursuit of something users always demand more of – battery life. The phone packs in a gargantuan 18,000mAh (yes, with three zeros) power pack into its 18mm thick body, giving you enough power to measure metrics like video playback in days, rather than hours.

As well as promising 90 hours of call time, up to 100 hours of music playback or approximately two days of video on a single charge, the phone’s huge cell can also serve as a power pack in its own right, so you can charge other, less well-endowed phones that give up the ghost after a measly day of use.

Beyond the battery, the Power Max P18K Pop seems like a fairly well-equipped handset, with Bluetooth 5.0, a MediaTek Helio P70 chipset, a 12/5/2-megapixel triple camera arrangement on the back and a 16/2-megapixel dual pop-up front-facing setup, which is needed in order to facilitate the phone’s near bezel-free 6.2-inch, 18:9 aspect ratio LCD panel.

Amazingly, Energizer wasn’t able to find enough room to fit in a headphone jack anywhere on the Pop, so you’re restricted to using the included USB-C adapter. 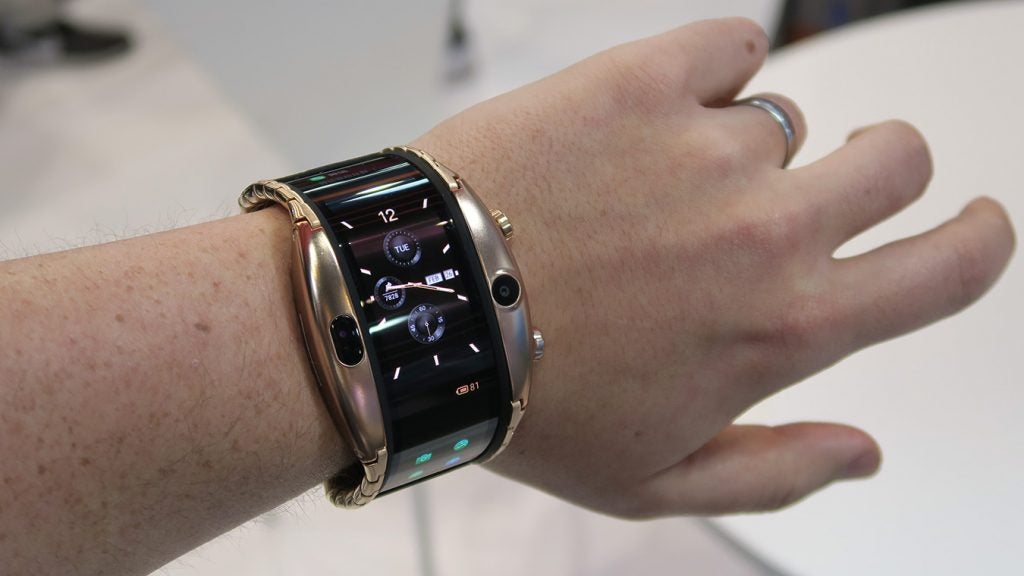 We’ve been fixated by the idea of strapping a phone on our wrist for years and perpetuated the obsession through media like TV shows, books and film. Now Chinese phone maker Nubia is having a stab at what a modern watch phone might look like and what’s more, the company says you’ll be able to buy it this year.

The Nubia Alpha originally appeared late last year but the company has since evolved the concept, bringing a more refined version to this year’s MWC in Barcelona.

The Alpha packs in a strange 4-inch super-wise flexible OLED display that wraps around your wrist, skirted by two ‘shoulder’s that form part of its stainless steel body, in which you’ll find a 5-megapixel camera and a sensor that supports the Alpha’s touch-free ‘air gestures’.

The software running on the Alpha is proprietary and comes equipped with basic call and messaging capabilities (letting you type on a tiny T9-style keypad), as well as pre-loaded apps and services for things like mobile payments, social networks and fitness tracking.

It’s a weirdly wonderful mashup of two discreet product categories and the result is a surprisingly functional, albeit hefty wrist-worn phone. What else is hefty is the price – with the Wi-Fi and Bluetooth-only model going on sale for €549, while the 4G cellular version will set you back €649.

Companies taking robotic arms off the production line and putting them to work performing tasks designed to surprise and delight is an all-too-familiar element of the modern trade show. We’ve seen arms that can throw around televisions, tie knots in ropes with more proficiency than a hardened sailor and even bake.

This year’s entry came from Chinese tech giant ZTE, who’d brought along a trio of robotic appendages to the show to serenade passers-by along one of the convention centre’s main walkways.

To the left were a pair of robotic arms set at a grand piano, playing a little ditty two keys each at a time, while to the right, another third robot, armed with a single drum stick (but assisted by various other well-positioned motor driven sticks), sat amidst an electric drum kit, accompanying its piano-playing counterpart.

The performances were both captivating and unnerving, especially when the ensemble finished one rendition, only to turn and bow at the crowd that consistently gathered.

ZTE’s pitch for even bringing the robots to its stand supposedly had something to do with 5G – one of the big buzzwords of this year’s show, and yet the link seemed tenuous at best. At least it was entertaining. 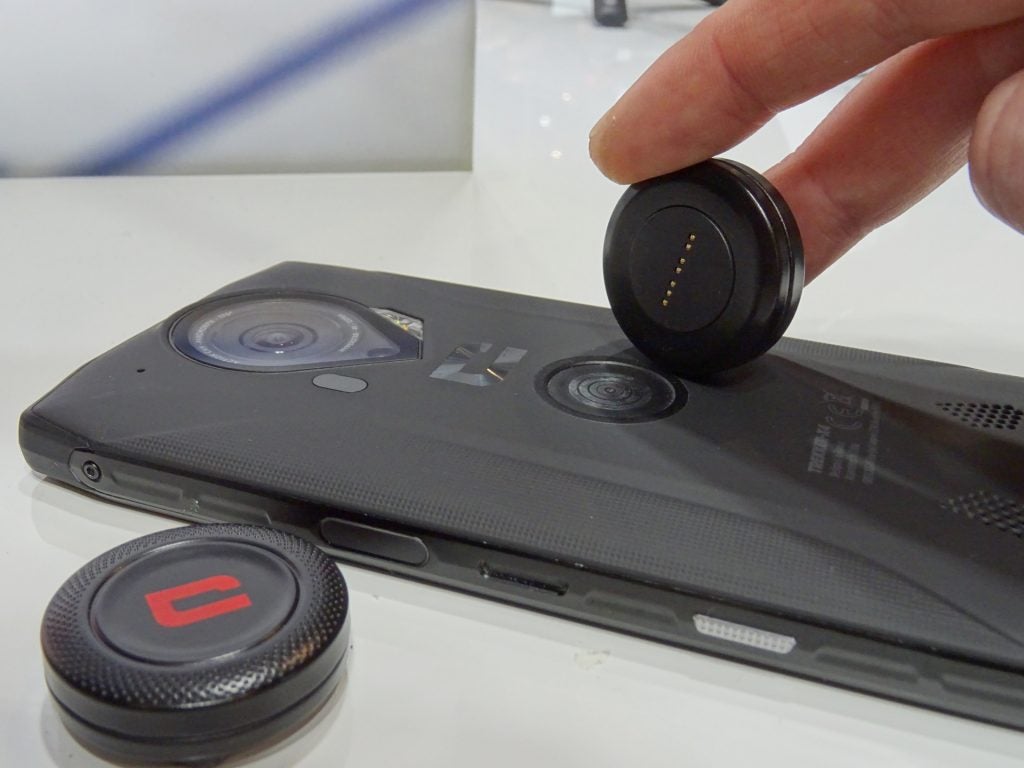 The Crosscall brand is not generally well known in the UK and consequently when the Tracker-X4 launched last October it didn’t make much of a splash, but now that we’ve seen it up close and personal, we think that mountain bikers, abseilers, white water rafters and anyone else into documenting their extreme sporting activities will want to take note.

Several things about the Crosscall Tracker-X4 stand out from your typical rugged phone fare. First of all, there’s its interesting dual camera setup. One camera is dedicated to handling stills, while the other, with an ultra-wide 170-degree field of view, is all about capturing video (up to 4K at 120fps).

Crosscall’s Hyperstab technology also provides extra optical stability. Described by Crosscall’s application services manager, Frédéric Gorré as being akin to a digital gimble, Hyperstab aims to stabilise video when you’re shooting clips while bombing down a track on a bike.

The Tracker-X4 is IP68 rated too, and as such, all typical connections are absent to prevent any water, dirt, dust or sand from getting inside. So how do you charge this and transfer data via microSD? Through a seven-pin magnetic connection point on the back, of course.

The Crosscall Tracker-X4 very much looks like a fusion between a GoPro and a ruggedised Android phone, like the CAT S61. Extreme sports fans and outdoorsy types will no doubt make good use of this – but if you’re interested, be prepared to buy one unlocked and SIM-free for around £500, as no UK network has picked it up. 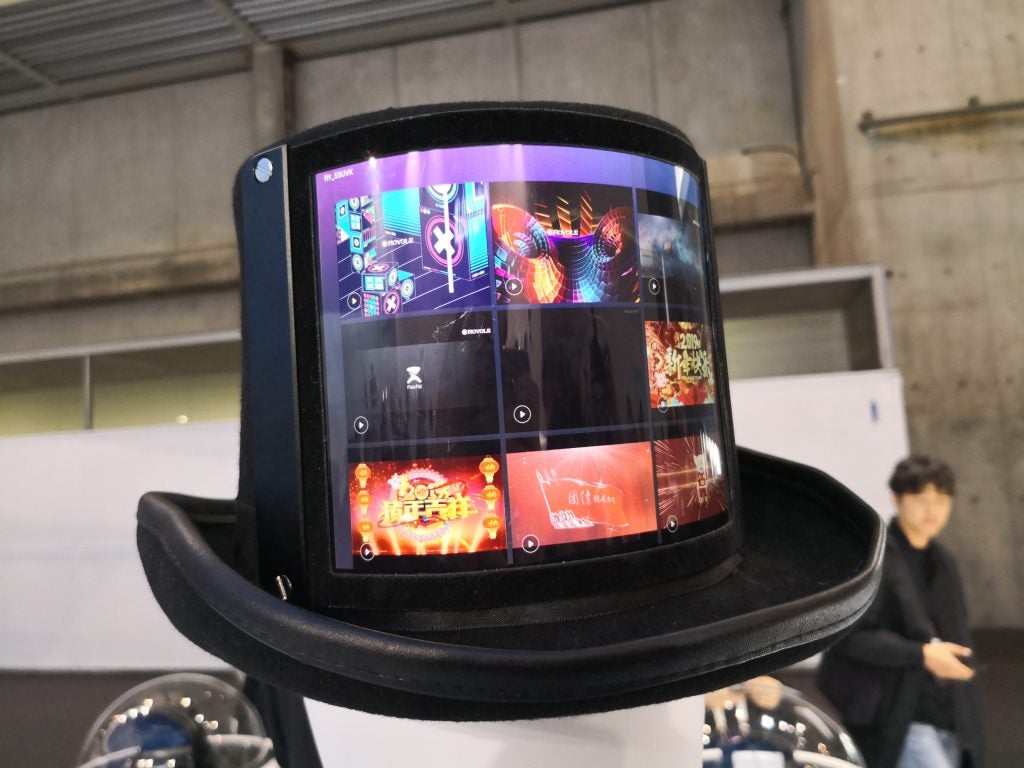 Folding phones, along with 5G, have been the talk of the town at MWC 2019, but Royole has reminded us that flexible displays aren’t all destined for mobiles – we can expect to see some more frivolous uses for this tech in the near future and Royole’s wearables are a stark reminder of that.

The idea is that you can stream whatever photos and videos you want to the 8-inch near-2K displays via the RoStyle iOS and Android apps, and then the software will play it. We couldn’t get a demo of this in action, sadly, as the app was controlled by Royole staff, who probably wouldn’t have appreciated us streaming stupid things like this.

It’s impossible not to smile at what Royole has done here, however. There have been many proofs-of-concepts at MWC, like TCL’s DragonHinge, or look-but-don’t-touch items like the Huawei Mate X, but the Royole top hat and shirt are actual products that you can buy right now.

Which do you think was the weirdest product shown at MWC this year? Let us know on social @TrustedReviews.