The Alpha is a wearable with niche appeal for sure, but the collective package isn't entirely terrible and it feels far more complete than such a conceptual product like this has any business being.

Chinese phone maker Nubia showcased an unusual concept device at the IFA trade show in Berlin late last year and has since evolved the product, presenting a more refined and almost market-ready iteration on the show floor at Mobile World Congress 2019 in Barcelona.

The Nubia Alpha (styled as ‘Nubia α’) features an all-metal build, optional 4G and centres around a flexible 4.01-inch “Full View” OLED display. It packs in fitness tracking mobile payment capabilities and a 5-megapixel camera for stills and video calling too. 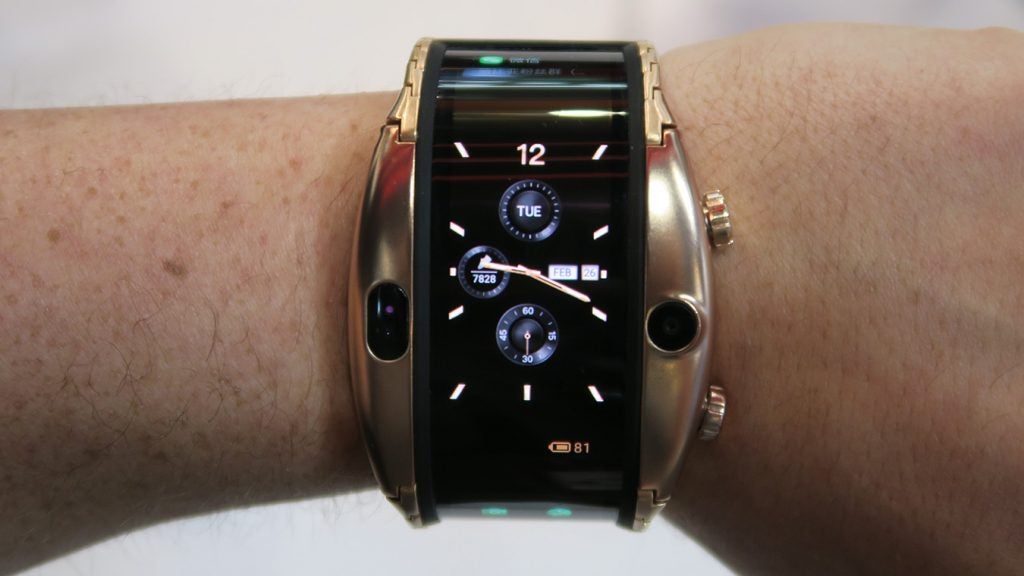 When I saw that Nubia had brought a new version of the Alpha to MWC 2019, I had to see it for myself. Unsurprisingly, it’s a strange looking device; one that the team behind it describes as “inspired by sci-fi,” and it’s easy to see why.

A thin 4-inch curved OLED display runs in a thin inch-wide strip around your wrist. Unlike smartwatches and fitness trackers such as the similarly-curved Samsung Gear Fit2, the Alpha’s display extends far further around the wrist, with a more aggressive curve too. What’s more, there’s a surprising amount of flex to the display, meaning that it’ll be able to bend to fit smaller-wristed folk if needed. 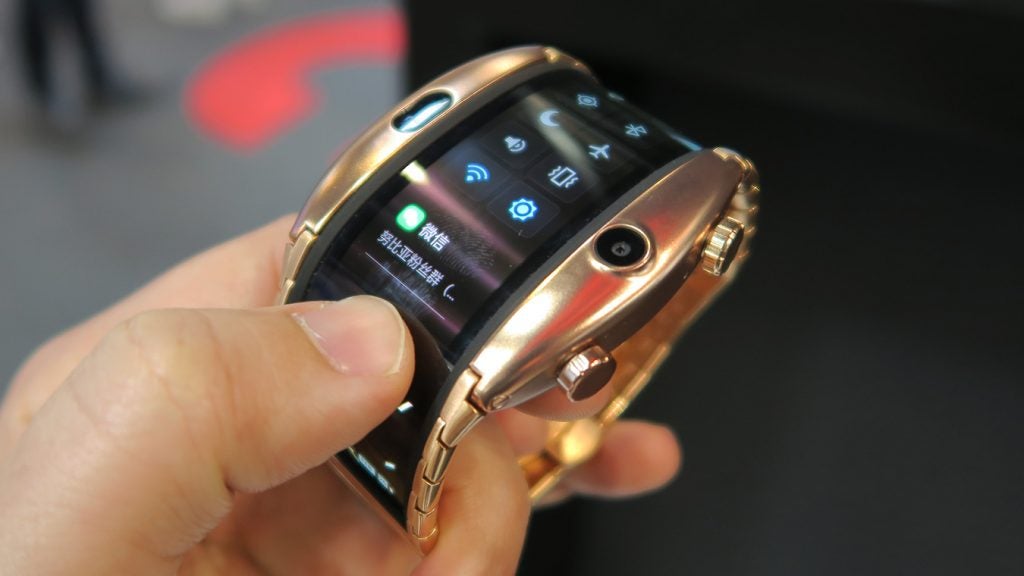 Swiping across the display itself seems intuitive enough, with the custom UI (no Wear OS here) presenting a watch face, quick settings and app shortcuts by default. A swipe to the left also reveals an apps menu, with features like WeChat and Alipay integration featured on the Chinese model I was testing.

It’s a surprisingly rich and in-depth operating system for a wearable and one that I was expecting to generate a lot more latency on, considering the experience is driven by the now ancient Snapdragon Wear 2100, backed up by 1GB (which is admittedly more than your average Wear OS smartwatch). 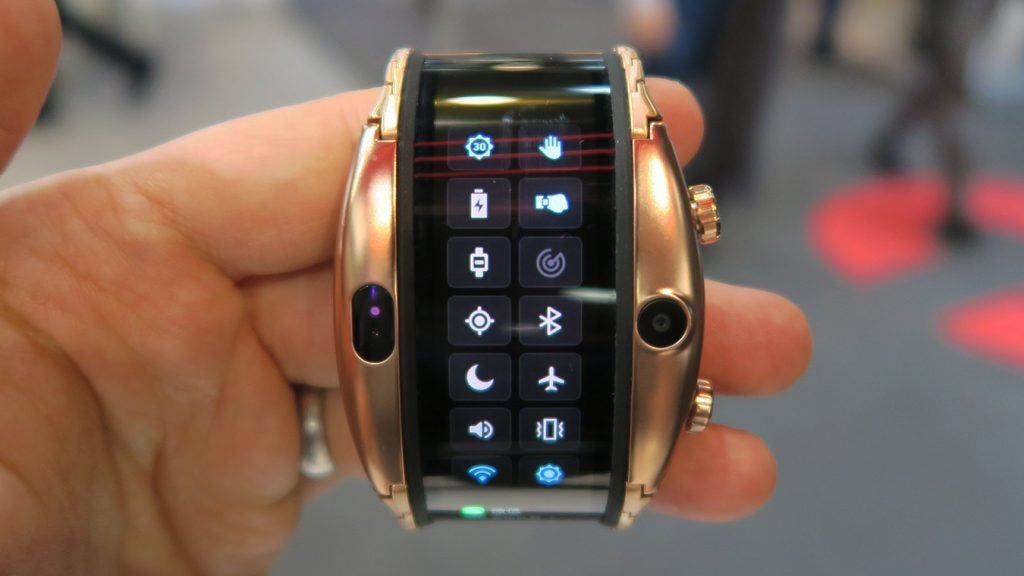 The selection of toggles and quick-settings are considered and easily reachable but I wouldn’t say the collective effect makes for an attractive user experience. I didn’t get to a messaging app in my brief time with the Alpha but I can’t image text entry is the most enjoyable experience either. Other experiences like zooming in and trying to use multi-touch on images within the gallery proved less than ideal.

Being an OLED panel, the display offers pleasing colours, contrast and surprisingly good viewing angles – particularly important when viewing a screen on your wrist, rather than in your hand, as more often than not you’ll be looking at it off-angle. Its curved nature means that the way it catches reflections can make legibility difficult in certain situations too. 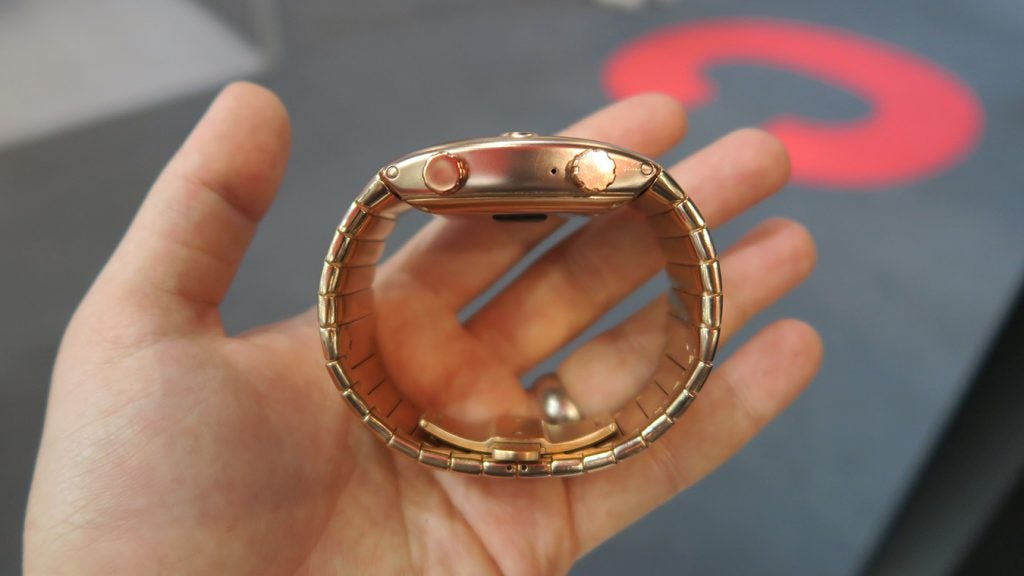 The 960×192 resolution actually renders text with plenty of clarity and there’s an always-on mode so you can glance to check the time at a moment’s notice.

As for the build of the Alpha, it feels like a surprisingly sturdy and solid wearable. The screen is skirted by two rounded metal ‘shoulders’ that both protect the part of the display most likely to take a knocking and house a sensor and the Alpha’s single 5-megapixel camera, respectively.

The sensor adds an additional means of interaction, letting you wave your hand over the front of the Alpha to navigate through menus and the like. Potentially useful in theory but too unreliable in practice to be genuinely worth bothering with.

As for the camera, it doesn’t look like much and while I didn’t pull samples from it to inspect on a larger display, I doubt they’ll be giving the likes of the Pixel 3 cause for concern. The camera’s inclusion is more likely meant for video calls and other such functionality and while I wouldn’t hazard using it in dim lighting, it seemed like a serviceable inclusion. 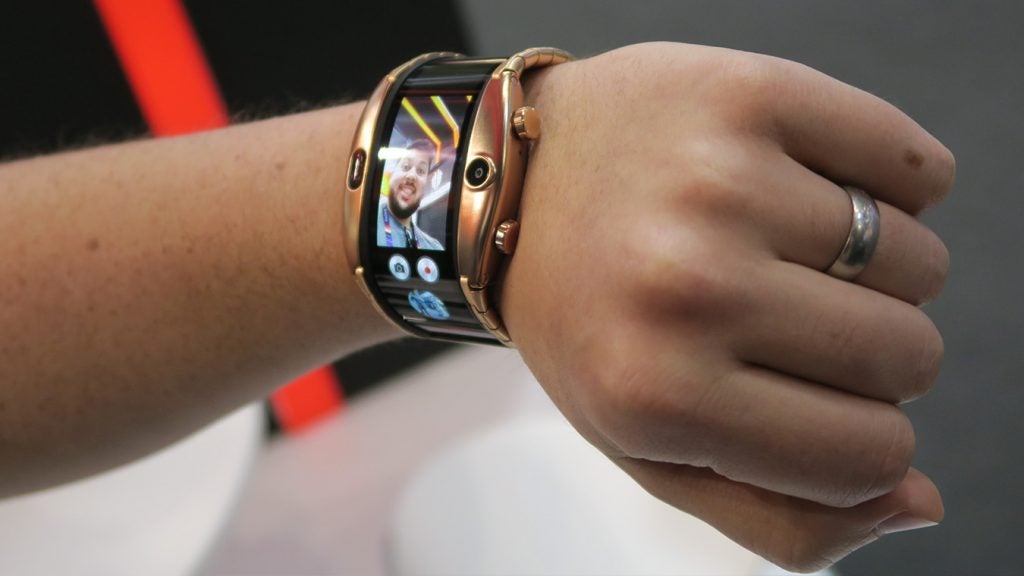 With fitness tracking and potentially LTE functionality built in, the 500mAh battery sounds like its far too small to grant a user much longevity but, unsurprisingly, the short time with the Alpha wasn’t enough to gain insight into just how quickly that stone sinks. Thankfully, Nubia has granted the wearable fast charging and with such a small cell size there’s little doubt that it won’t fill back up quickly enough. 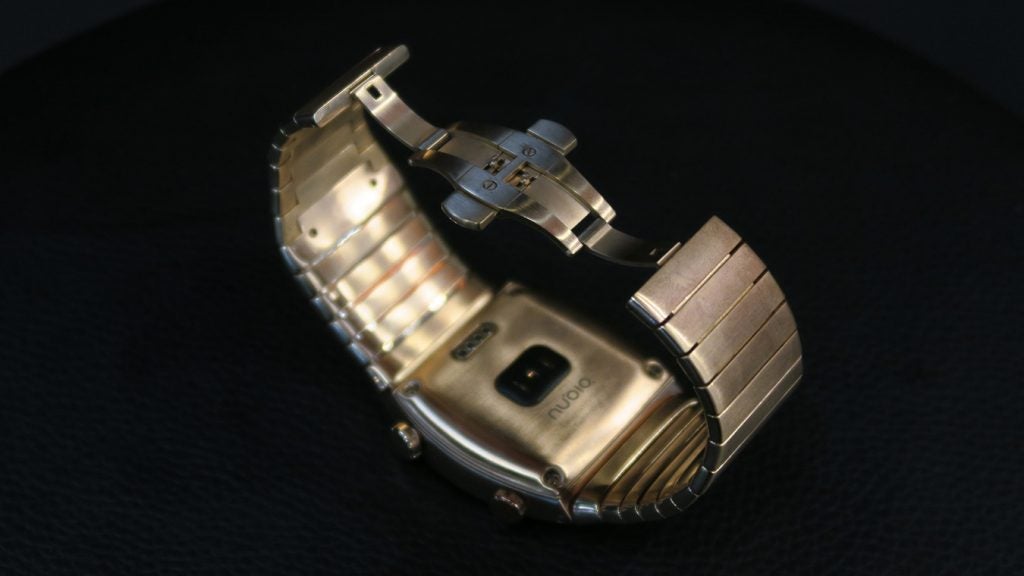 Speaking of the LTE model, (that’s the version pictured in this article) it’s coated in 18-karat gold and doesn’t have to do much to catch your attention. If this seems too flashy, there’s also a black SKU, although it’s unknown if that is explicitly the Wi-Fi-only version or you’ll be able to get both connectivity options in either finish.

The word that I keep finding myself using when talking about the Nubia Alpha is “surprising”. Collectively this product shouldn’t work but it does, sort of. Now, that doesn’t mean to say I expect everyone to start ditching their iPhones and throwing an Alpha on their wrist, but for such an unusual product with decidedly niche appeal, Nubia has given it a surprising (there’s that word again) amount of thought and attention.

Would you wear the Nubia Alpha? Let us know on social @TrustedReviews.