Foldable phones are clearly the in thing at MWC 2019, and TCL – the company that owns the rights to the BlackBerry and Alcatel brands – is crashing the party with its DragonHinge flexible AMOLED tech.

The company says that the proprietary technology features special mechanical housing for custom AMOLED screens made by its sibling company, panel manufacturer CSOT (China Star Optoelectronics Technology Company), and, while no BlackBerry or Alcatel foldables will be on show at MWC, some poseable proof-of-concepts will be.

We’ve since seen these in the flesh, but sadly could neither get any hands on time with the concept models, as they were all housed in perspex boxes, nor could any TCL or CSOT staff at MWC tell us much more about the DragonHinge than we currently know. 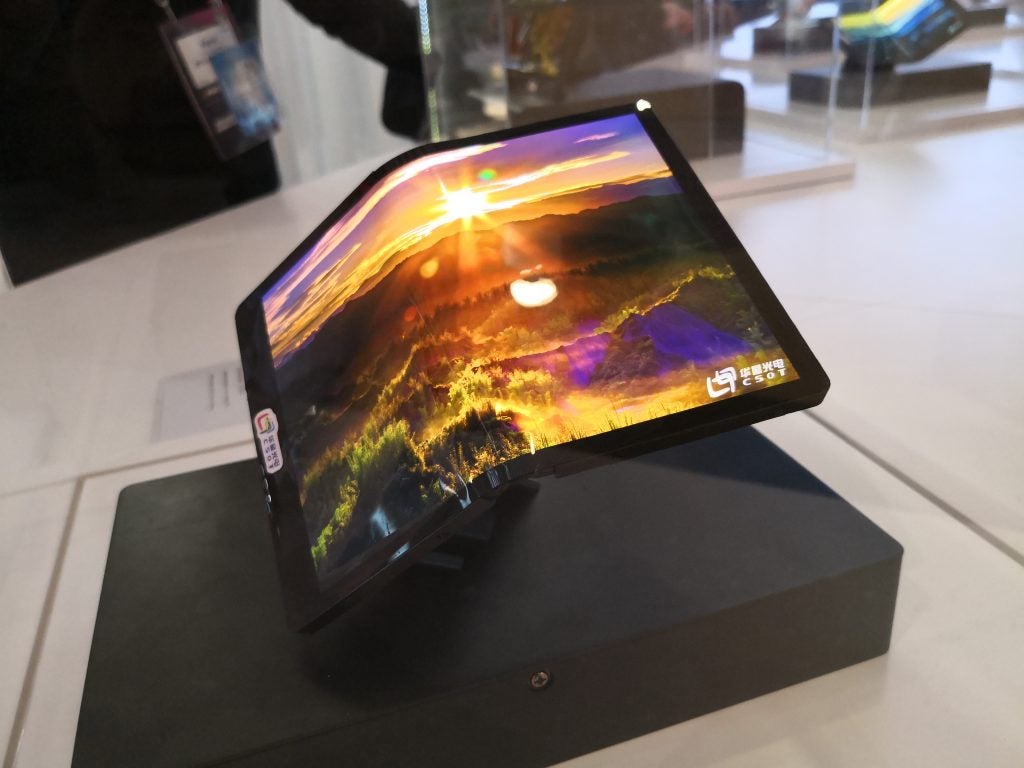 As you can see from the images we’ve captured, the DragonHinge displays are clearly AMOLEDs. That characteristic vibrancy and contrast is unmistakable.

All of the DragonHinge models we saw measured 7.2-inch across and had a 2K resolution of 2048 x 1536. While we couldn’t get too close, what we saw was pretty incredible.

Some of the DragonHinge models on the TCL stand were static, while others were attached to motorised mechanisms which bent and flexed the screens forwards and backwards. 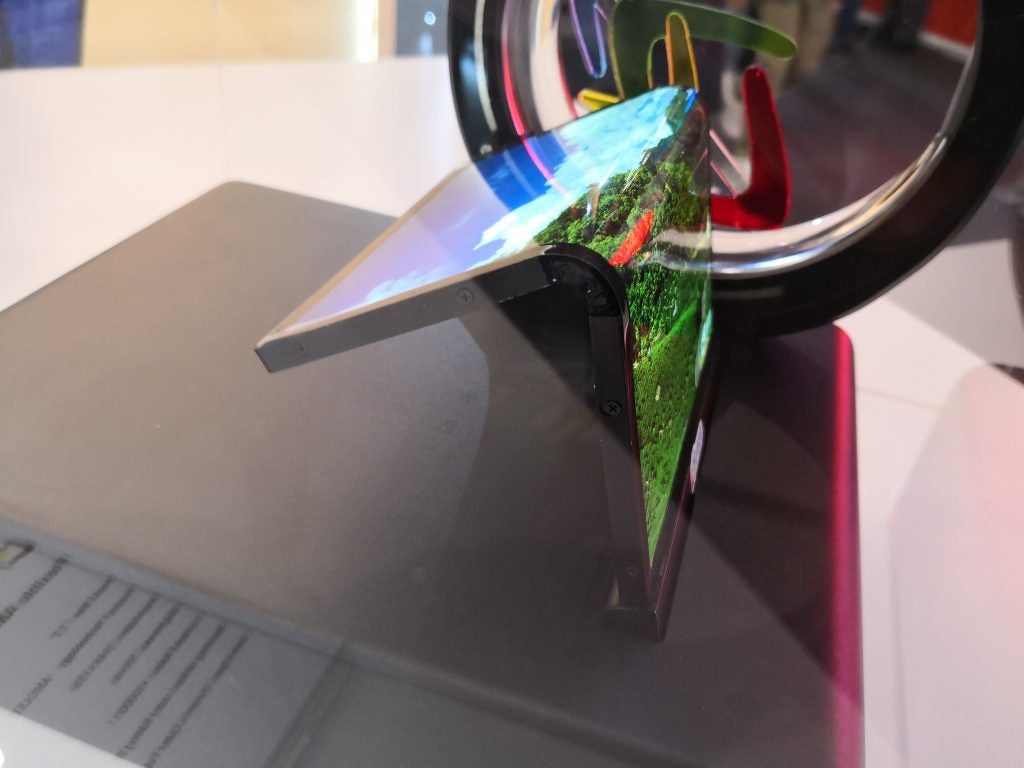 All of the DragonHinge displays were playing looped video clips of the kinds of demo mode scenes you typically see on TV displays in stores, things like waterfalls, time lapsed sunrises, space scenes, misty jungles and so on.

Watching artificial rivers, waterfalls and starlight move and change shape as the animations curved over the flexed centre of the screen was very hypnotic, and made the fact that we couldn’t reach out and touch them all the more frustrating.

The whole DragonHinge mechanism looks like it has a fairly compact profile now, but hopefully once you had processors, GPUs, and batteries built in, the complete packages shouldn’t be too bulky. If the Huawei Mate X can get things down to a very slender 5.4mm when unfolded, then TCL should be able to manage that with future DragonHinge devices, too. 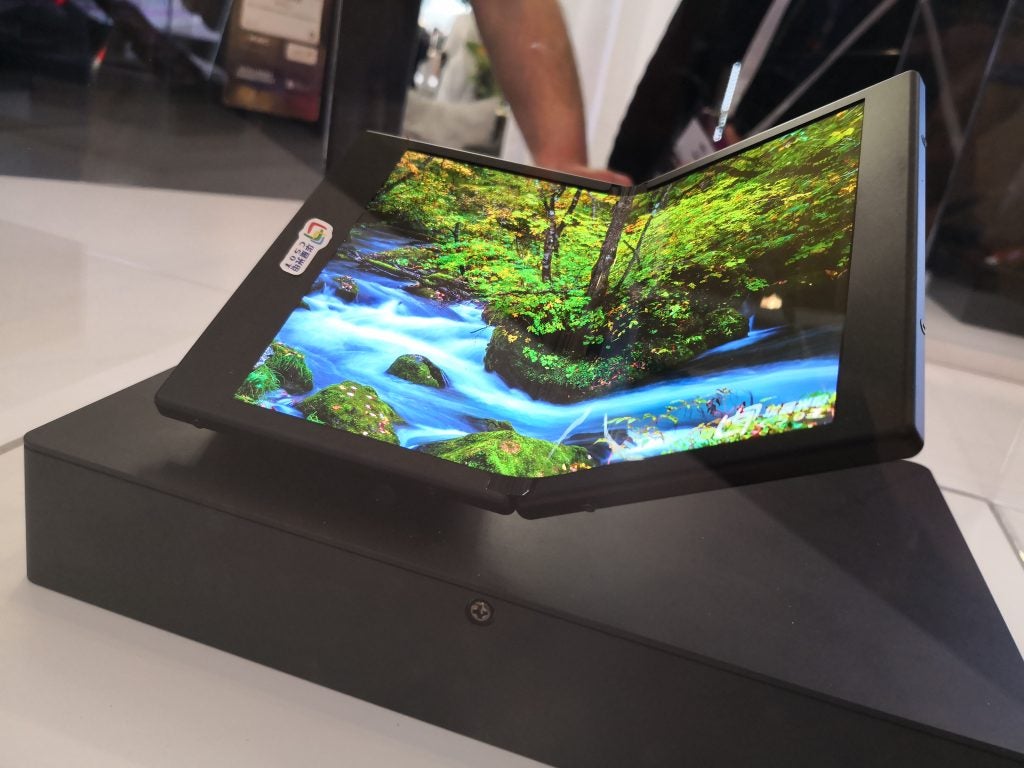 So, when can we expect to see something like these coming to a device near you?

TCL hints that its bendable display concept will be used to create more than just foldy phones, so it might be the case that we’ll see a Lenovo Yoga Book-style bendable laptop, or something to rival the LG Signature Series OLED TV R.

What’s certain is that we’re not going to see any DragonHinge BlackBerry or Alcatel phones this year – TCL is taking a more cautious, build-it-once-build-it-right approach, and doesn’t expect to be selling any foldable phones until 2020 at the very earliest. 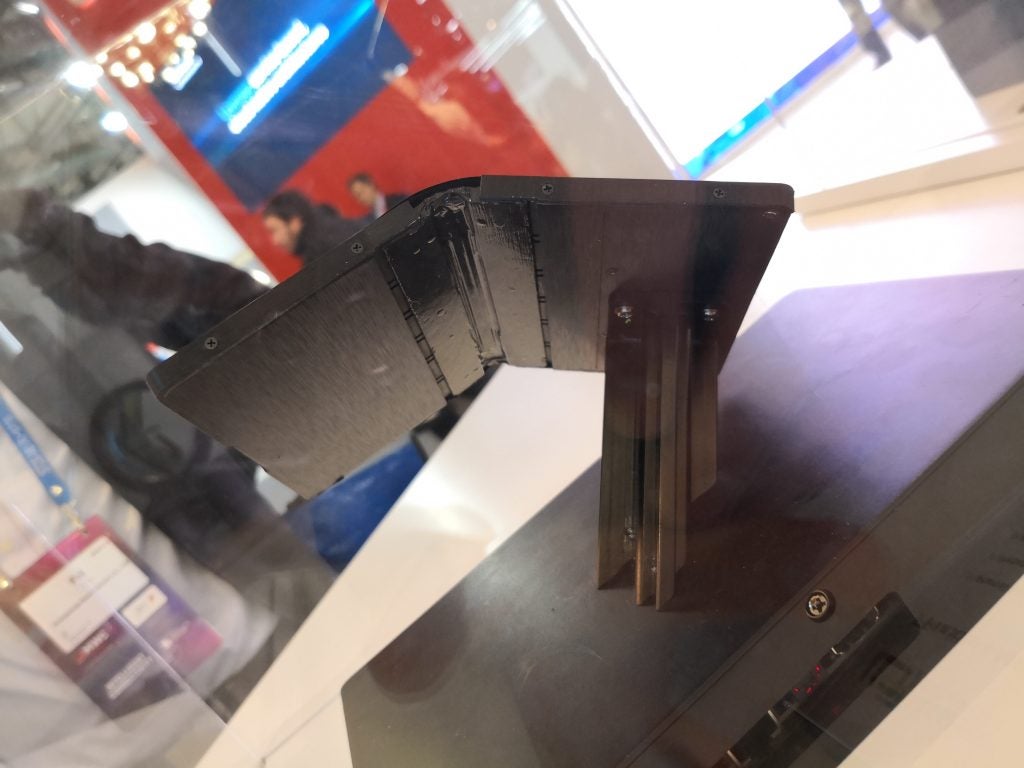 “Together with the support of our sister company, CSOT, we’re showing that TCL can be an innovator and leader in the mobile device market of the future,” says general manager for global sales and marketing at TCL, Peter Lee.

“When we look at the potential of our flexible device portfolio, we’re obviously very excited about what we’ll be bringing to market down the road. However, we’re not in a race to be the first because we feel it is more responsible to take a patient, thoughtful approach to not only solve hardware challenges, but also work with our partners on software solutions to ensure we deliver a meaningful user experience,” Lee added. 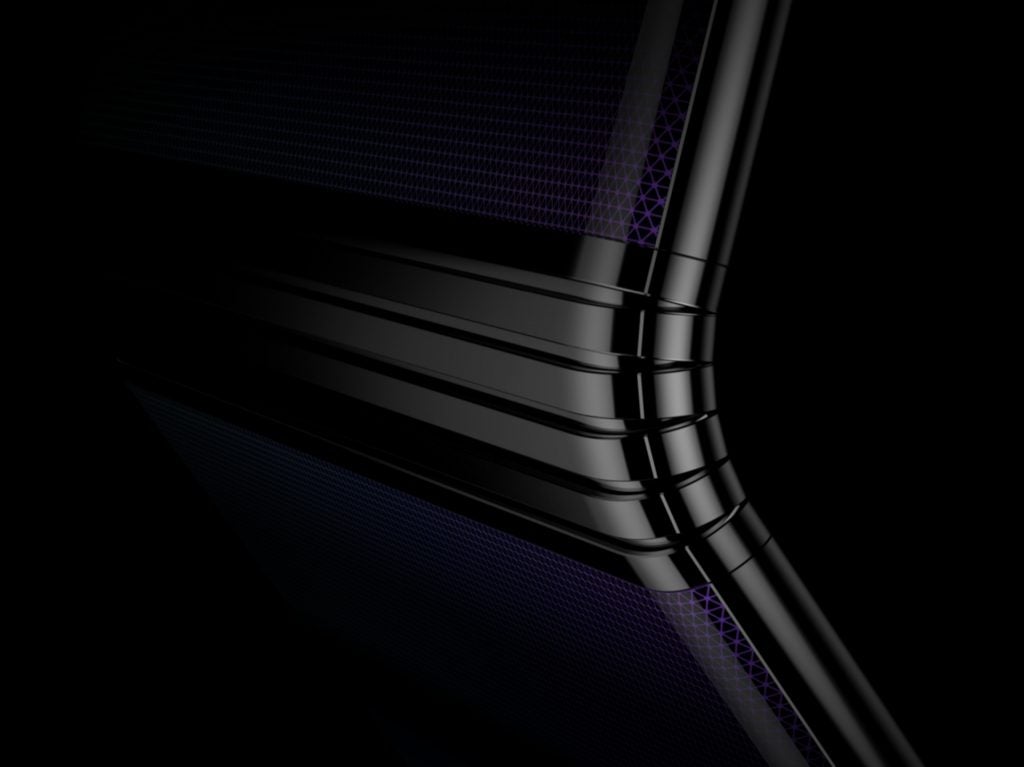 The vertical integration of CSOT within TCL should, in theory, make it easier to streamline R&D and manufacturing, allowing, potentially, for a foldable BlackBerry to compete with the likes of the Huawei Mate X and Samsung Galaxy Fold. A BlackBerry BoldFold coming 2020? You heard it here first.

Do you fancy the DragonHinge’s chances? Is it hot stuff, hot air, or are you cold on the concept of foldable phones entirely? Let us know, preferably from your non-flexible phone, @TrustedReviews.