Crosscall’s Trekker-X4 is aiming to be the phone for outdoorsy types, boasting not only a ruggedised body, but a 170 degree wide angle camera, capable of shooting 4K video at 120fps, built-in video editing software, and an ingenious way of transferring data via microSD which doesn’t involve any external ports.

Claiming an IP68 rating – Crosscall says the Trekker-X4 can survive being dunked in depths of 2 metres for an hour – a ruggedised case with no exposed connections, and a discrete Gorilla Glass 5 covering and waterproof seal just for the cameras, the Trekker-X4 might have raised the bar for phones in terms of a features:durability ratio.

It’s not a ‘new’ phone – it was launched last October – but it’s the first time I’ve seen the French company’s wares. As someone who is generally lukewarm on sports, extreme or otherwise, (unless you count Jagerbomb championships as a ‘sport’), I’m also not quite the target audience for the Trekker-X4 either, so it’s new to me for that reason, too.

For those who missed the boat, the Trekker-X4’s appeal to rock climbers, BMXers, trail diggers, skateboarders, long distance runners, river rafters is obvious. If you’d rather record your latest attempt at smashing your PB, but you don’t want to smash your phone, then the Trekker-X4 is worth considering. 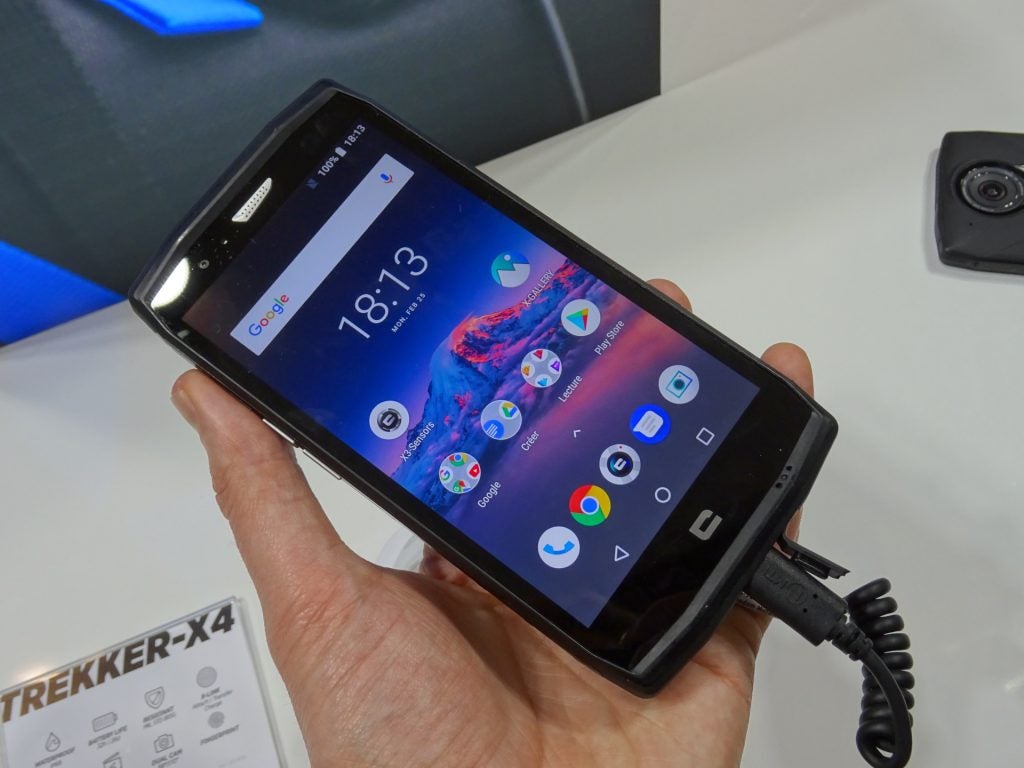 ‘You might as well buy a GoPro’, people will say, and while that’s true, there’s a few tricks the Trekker-X4 has up its sleeve which may persuade you to opt for this instead.

It boasts two cameras, a 12-megapixel camera with autofocus for stills, and a second ultra wide-angle “action camera,” that boasts a 170 degree field of view.

The ultra wide camera lets you shoot video in a number of modes, from normal (88 degrees) wide (110 degrees), to super-wide (140 degrees) all the way up to ultra wide (170 degrees), as well as record time lapses, stop frame animations, and record in fish-eye mode.

Some next-level optical stabilisation measures, collectively called ‘Hyberstab’, are present on the Trekker-X4, designed to make your videos as smooth and shake-free as possible. 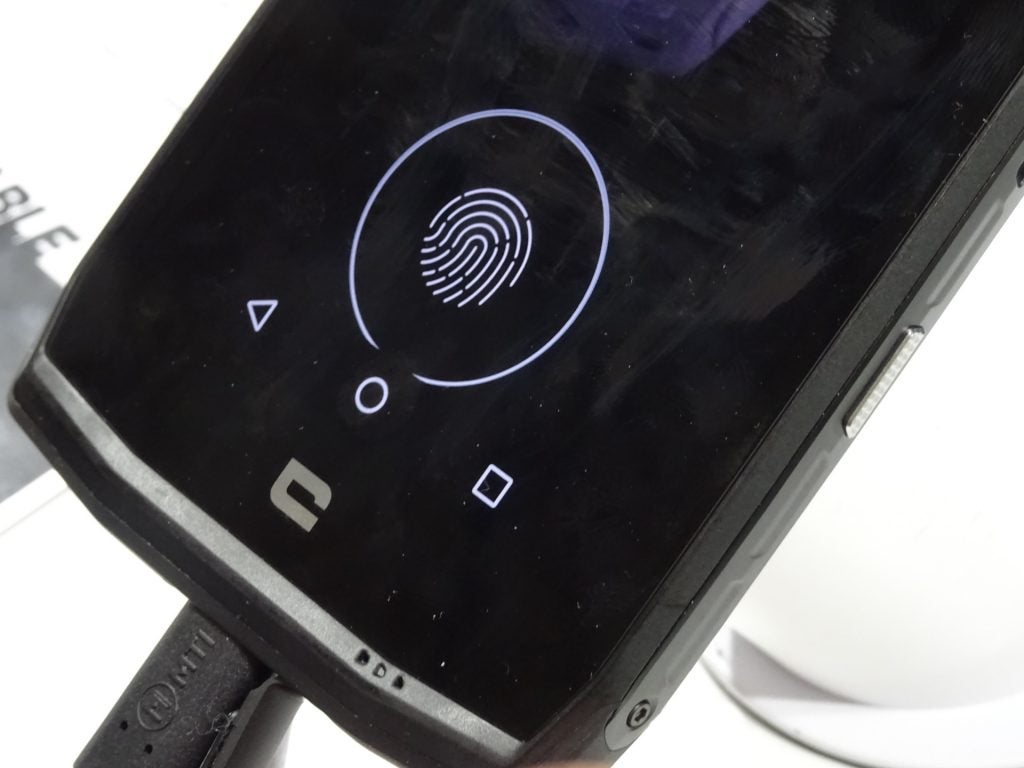 I was able to try this out myself briefly, shooting a quick five second clip, with me moving my hand up and down, as if to simulate a bumpy mountain bike ride, and while there were some obvious moments where the software couldn’t compensate, the clip was remarkably smooth.

Crosscall’s X-Cam on-board video editing software will also let you perform simple edits of your footage on the fly. Or, if you’d prefer to export everything you’ve shot, you can do that, too.

Instead of popping a microSD card out, you can instead transfer files vi something Crosscall’s dubbed ‘X-Memory’. by slipping a memory card into an unscrewable circular case, about the size of a bottle cap, and then attaching this to the circular magnetic mount on the back. The seven pin connection will then see video files passed straight to the SD card. When you’re done filming, remove the case, unscrew it, and you can just slide that card into your laptop, fire up Adobe Premiere Pro and crack on. 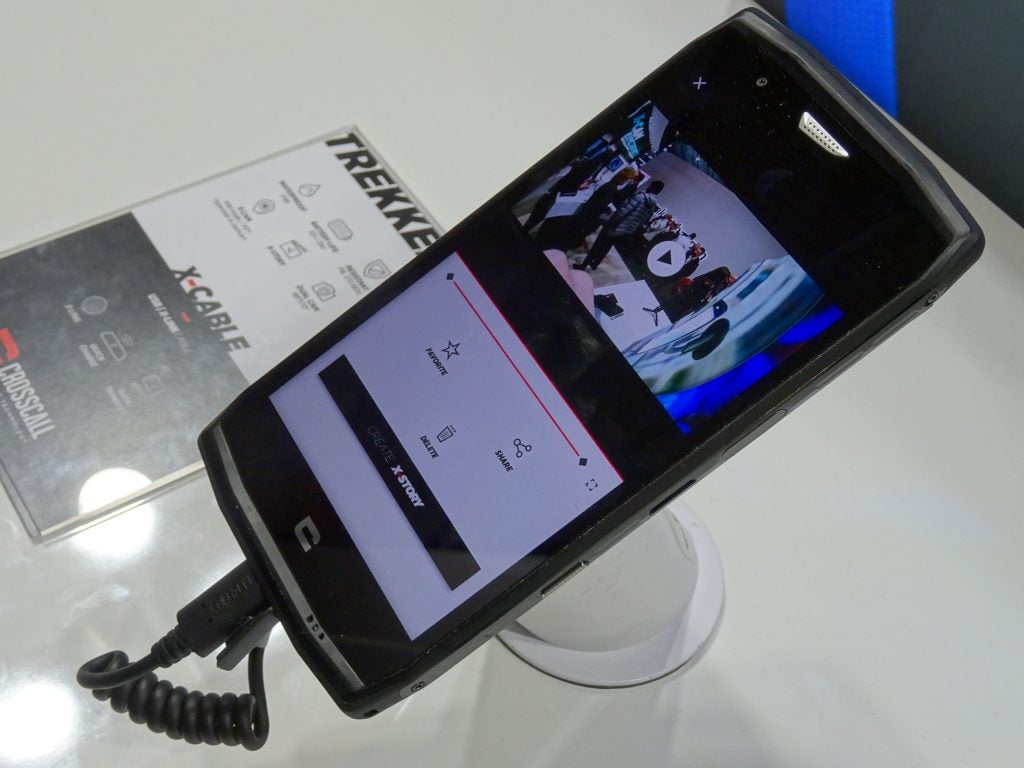 Specs-wise, you get a 5.5-inch Full HD IPS display with a built-in fingerprint scanner, an ample 4400mAh battery, and Android 8.0 Oreo, with an upgrade to Android 9.0 Pie planned for later this year. With everything powered by a Qualcomm Snapdragon 660 chipset, it’s not going to be the most powerful phone out there, so I’m curious about how well the X-Cam software would handle longer edits. I can see people who want a rugged, durable phone to record their adventures and make calls on, instead of having to take their regular phone and their action cam with them, being popular.

The price tag, plus Crosscall’s relatively low profile in the UK, and the older CPU means that this might not be a huge hit, but the camera technology looks impressive and the microSD transfer is very clever. Crosscall might not be a household name over here yet, but that could change.

The Trekker-X4 isn’t available from any UK networks on contract, but you can pick one up unlocked and SIM-free from Amazon for £583.83.