It’s 2019, and folding phones are now A Thing. They’ve been a long time coming too, with Samsung known to have been working on its first foldable for close to a decade. 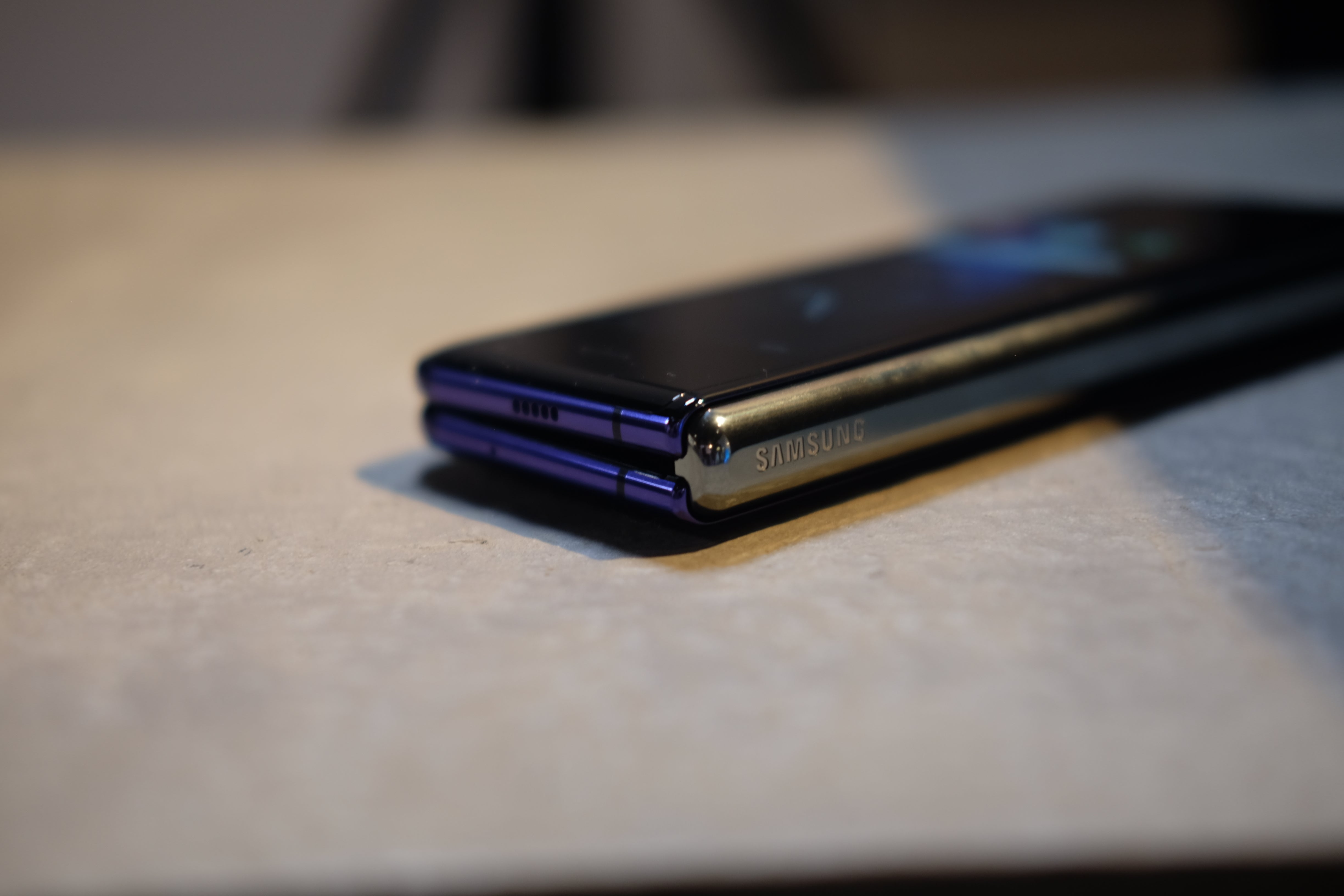 The Samsung Galaxy Fold is the current poster child for folding phones, but there are big question marks hanging over it.

Its feature list, though, is very impressive. The Galaxy Fold boasts six cameras, the Snapdragon 855 processor, 12GB of RAM and 512GB of storage. It can also be used to wirelessly charge other devices via Wireless PowerShare, there are AKG-tuned speakers on board and there’s UFS 3.0 support too.

However, Samsung is reportedly so determined to take an early lead in the fledgling folding phone segment that it’s apparently developing a clamshell-like folding phone that folds vertically, and another that folds away from the user.

The clamshell foldable has allegedly been designed to feature an external display (though this could be ditched depending on how the public reacts to the Fold’s external display), and is set to be unveiled “late this year or early next year”.

The other handset, meanwhile, apparently hasn’t been designed with an extra screen. It reportedly already exists as a prototype, and will launch after Samsung’s second folding phone. 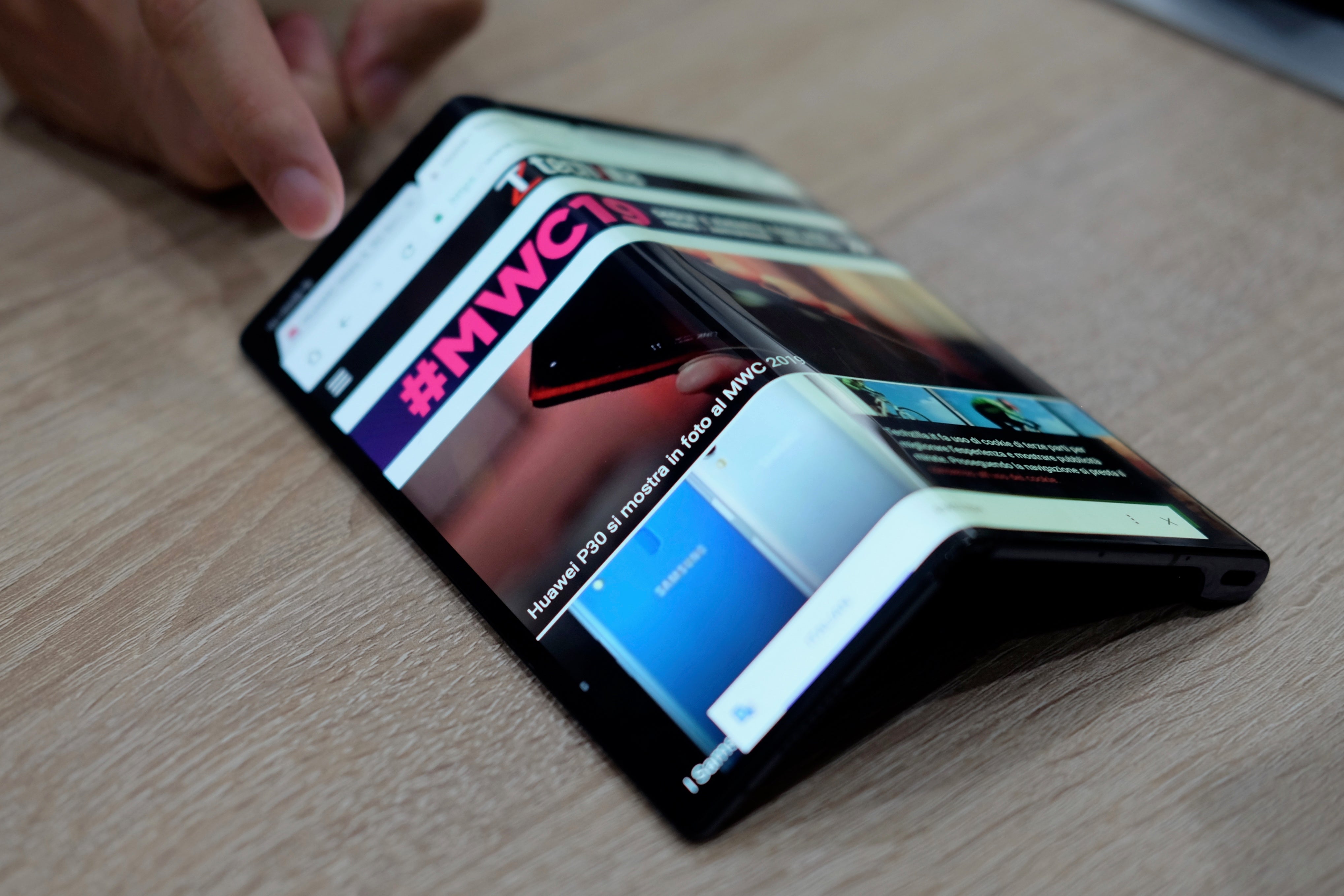 The device measures in at 5.4mm thick in tablet mode, and 11mm thick when folded − and yes, it folds flat.

It’s also a 5G device, and features a Kirin 980 chip and Balong 5000 5G modem, as well as four cameras and a variety of clever shooting modes. The 55W SuperCharge feature sounds very impressive too, promising to take the Mate X from 0% battery to 85% in just 30 minutes.

If you thought the Galaxy Fold was expensive, brace yourself. The 8GB RAM/512GB Mate X will cost €2299 when it launches sometime in ‘the middle of 2019’. There’s currently no UK price, but we do know EE and Vodafone will stock the phone.

While Huawei has said it thinks folding phones could become more popular than regular smartphones, it has also admitted that the Mate X is “very expensive”. In fact, the company’s CEO Richard Yu has hinted that it might be worth waiting two years before actually buying a folding phone. 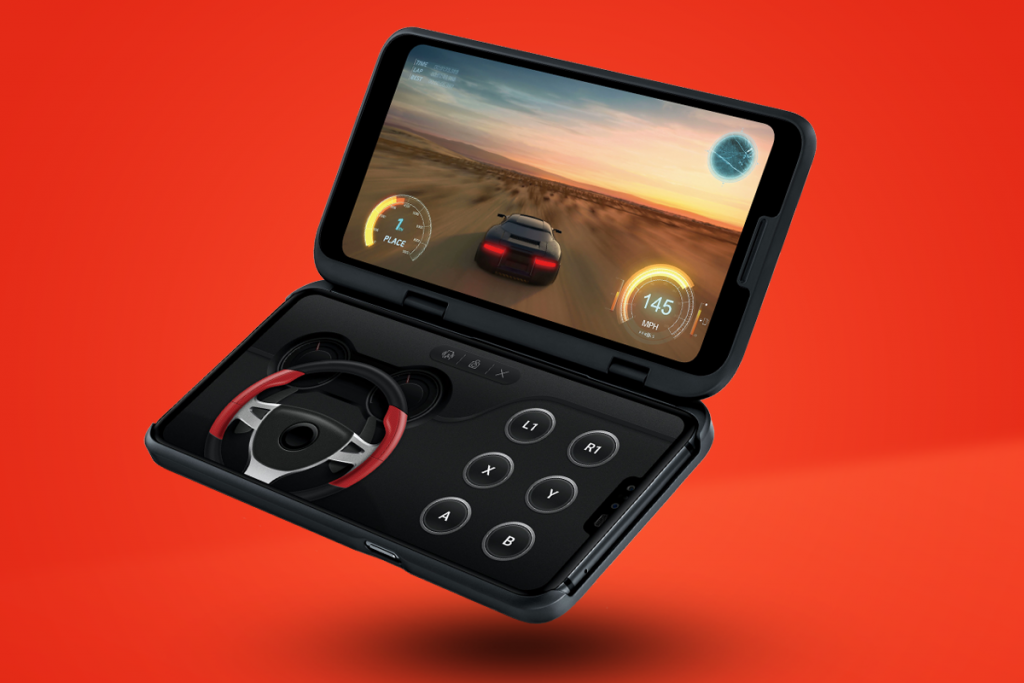 The LG V50 ThinQ isn’t technically a folding phone, but it’s going to be sold alongside a secondary clip-on display that turns the V50 into a sort of DIY foldable device.

That secondary display is one of the handset’s standout features, but it looks really very strange. It’s essentially LG’s answer to Galaxy Fold or Mate X, but nowhere near as slick.

The 6.3-inch FHD+ OLED panel comes with a case that the V50 slips into, it then connects to your phone via a proprietary connection tech and extends your phone’s home screen.

Unfortunately, LG hasn’t yet revealed any release or pricing details about the V50. EE, however, has confirmed it’ll sell the phone when it launches in the UK. 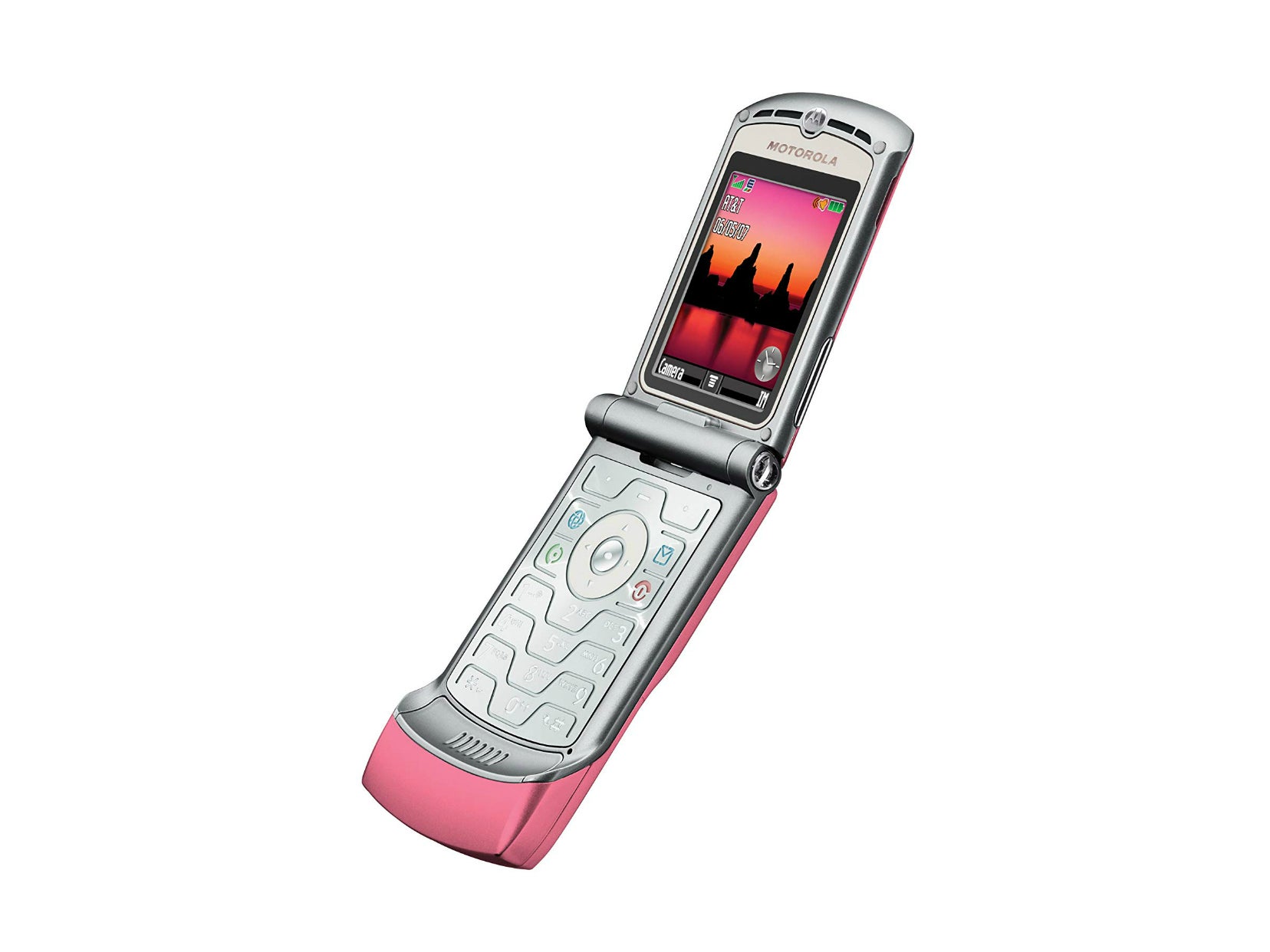 Motorola has confirmed that it’s working on a foldable phone, but that’s about it. Though we’d be shocked if it wasn’t the heavily rumoured Motorola Razr 2019.

Back in February, Motorola vice president and general manager Anthony Barounas revealed plans to release a foldable phone branded with “an existing Motorola franchise” at an unspecified point in the near future.

Further details haven’t yet been offered, but we’ve seen loads of leaks over the past few months. They point towards dual screens and a clamshell design, which would mean the Razr has a very different hinge mechanism to the Galaxy Fold and Mate X.

As you might expect, considering everything you’ve seen above, it’s probably not going to come cheap. According to the WSJ, it will have a starting price of around $1500 (~£1170). Just for context, Motorola is currently selling the Motorola Razr V3 on Amazon for considerably less than £200. 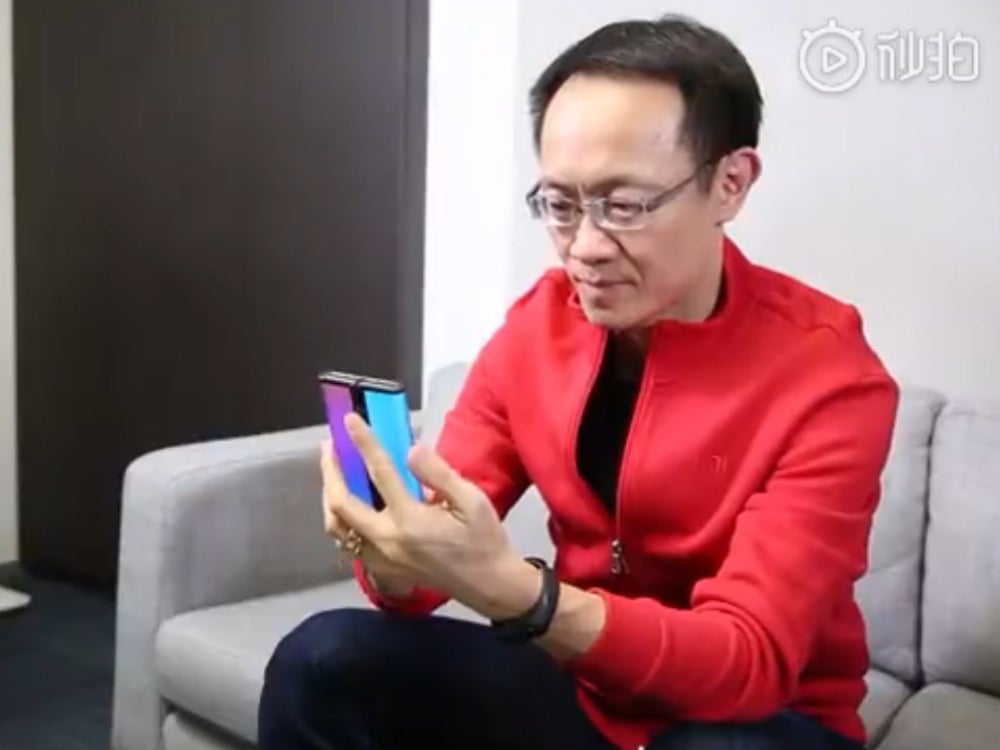 Back in January, Xiaomi’s co-founder and president, Lin Bin, posted a clip to Weibo teasing a phone that can unfurl to become a tablet. You can watch the teaser here.

Labelled “the world’s first double folding mobile phone”, it folds in two places and it actually looks like something we can imagine people wanting to use. Though it’s still far from perfect. There’s a bit of screen judder when the device switches from tablet to smartphone mode, and the handset looks slightly chunky in phone mode.

Lin Bin hasn’t revealed any specs or major details, saying this is just a concept device. However, if the interest is there, he said Xiaomi will consider bringing something along these lines to market.

Xiaomi teased the device again in March. The clip (embedded above) clip shows the phone starting out as a 4:3 tablet before being folded twice to settle in a more familiar-looking phone shape.

As with the first video, Xiaomi’s take on Android seems to quickly adapt to the phone’s shifting dimensions, and it all looks rather smooth – though how it behaves in the real world is a whole different matter, of course. 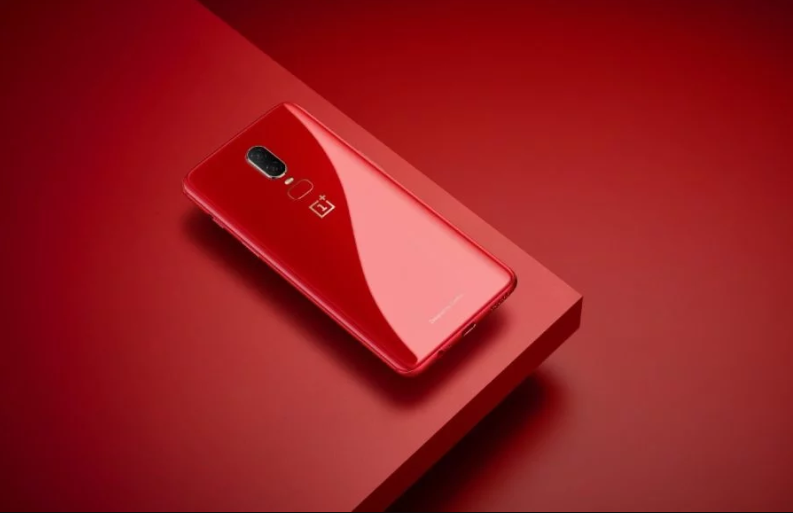 “One thing we’re seeing now in the smartphone space, and in technology in general, is it’s more about function than how it works,” OnePlus co-founder Carl Pei told Trusted Reviews back in February.

If that wasn’t clear enough, he added: “We decided to only put our brand on a product that we believe is ready for consumers to really embrace. So more exploratory form factors like foldables are not really something that we’ve looked at. Our approach would be to see whether it works, whether people like it, before thinking about one for ourselves.” 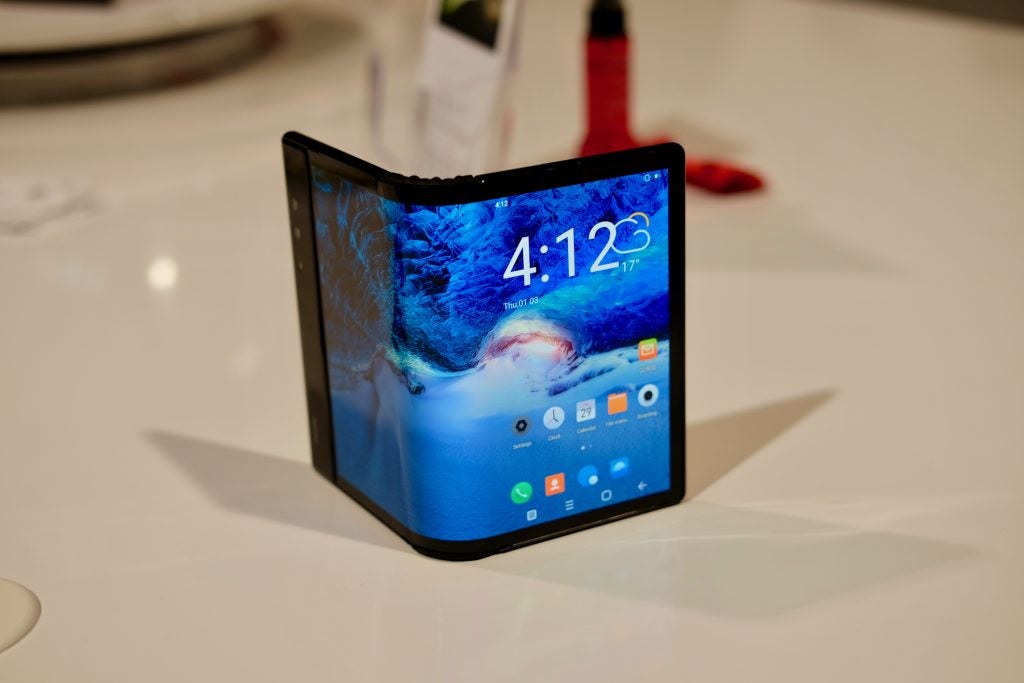 And, of course, who could forget the Royole FlexPai?

“It’s clear the FlexPai has been rushed out to ensure it claims the crown of the world’s first foldable phone. It’s a shame then, that it’ll likely be remembered for its terrible user experience rather than its genuinely interesting foldable design.”

That’s what we wrote after spending some hands-on time with the Royole FlexPai, a foldable phone that’s more in the mould of the Mate X than the Galaxy Fold. On paper, the specs look solid enough: a 7.8-inch display that splits into a pair of 4-inch screens, the Snapdragon 855, 16- and 20-megapixel cameras.

Unfortunately, it doesn’t work very well when it’s folded into phone mode − and the fact it doesn’t fold flat makes it very difficult to get in and out of your pockets. The software is also not up to scratch, juddering and glitching during use, and struggling to detech whether the FlexPai is in phone or tablet mode.

Are you aboard the folding phones hype train? Let us know on Twitter @TrustedReviews.