MWC 2020 has now been cancelled after many top brands pulled due to the health risks associated with the coronavirus.

MWC 2020 had been expected to take place from February 24 and 27 in Barcelona, Spain – however, it has now been cancelled completely.

This news has only just broken and we’re still waiting to hear what the major brands are planning on doing instead. This could be delays to products, simple press release announcements or streamed events taking place at similar times.

While there won’t be an MWC 2020, we still expect a lot of the below devices to hit soon. Read on for a full look at what we expected from the show.

2019 was a tricky year for Huawei. While it sold an absolute shed load of phones, the Google ban and subsequently underwhelming launch of the excellent Mate 30 Pro put a sour note on things. Still, it looks like the Chinese brand is going to have a busy 2020.

We’re expecting a mixture of devices, possibly headlined by a second-gen Mate X foldable (the Mate Xs) and the flagship Huawei P40 and P40 Pro. However, Huawei tends to release P-series phones in March at a dedicated event, so they may be missing from MWC.

Phones aside, we could see a new addition to the Matebook laptop line or a new Huawei Watch. Hopefully we’ll also hear more about the Google situation and the alternative app store Huawei might offer.

LG announced early that it wouldn’t be attending MWC due to the coronavirus outbreak and that it will have dedicated events to show future products instead.

Last year at MWC 2019 LG launched a duo of phones – the LG G8 and LG V50. The latter of which added 5G support and got a wide European release. If LG decided to replicate last year’s plan, expect to see the LG G9 and LG V60 unveiled at the show. Leaks of these phones have been minimal, however we have seen some renders of the G9 with four cameras on the back.

Even though Motorola unveiled the Moto G8 Plus late last year, we’re yet to see the Moto G8 itself. Rumours are swirled regarding the Moto Edge – which could end up being a true flagship for the brand.

Since launching officially in the UK, Oppo has been innovating at an impressive rate. Ridding phones of the bezel, improving zoom and getting in on the 5G action early. Even though it did nothing more than demo camera tech at MWC 2019, we’re expecting more in 2020.

An update to the Oppo Find X makes a lot of sense, maybe with a cheaper version in tow. High-end specs (Snapdragon 865, 5G) should be a given and no doubt they’ll be some futuristic design elements too. 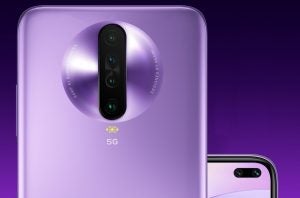 The Xiaomi Mi 10 was announced during Qualcomm’s Snapdragon 865 unveiling and we’d expect the smartphone to get its proper European unveiling in Barcelona. It’ll pack the 5G version of the Snapdragon 865 and a 108-megapixel camera along with a curved display. There will be a Pro model too.

We gave the Xiaomi Mi 9 a full 5/5 in our review so there’s a lot to look forward to here.

The Google ban has also affected Huawei’s offshoot brand Honor, and the last few launches haven’t had much European focus as a result. Still, Honor would still have been at MWC bringing with it a global launch for the Honor View 30 Pro and Honor 9X Pro. We now expect these to happen at a different time. 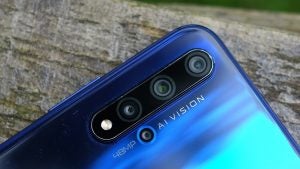 MWC tends to be huge for the Nokia brand and we expect a bunch of new Android 10 smartphones to be announced – whether or not this will now come later in February or at a completely different time remains to be seen.

A highlight should be an update to the Nokia 9 – a quirky 2019 release that attempted to do the camera a bit differently by combining 5 12MP cameras together to churn out a detailed picture.

Sony is normally guaranteed to announce a new flagship at MWC. Last year we saw the Xperia 1 kick the brand’s fairly lacklustre phone line into gear with a slick 4K HDR OLED display and multi-camera array. Even though this phone didn’t actually hit shelves until the summer, we still want a successor.

Expect the Sony Xperia 2 to pack the Snapdragon 865, have a big focus on cameras (like every phone these days) and implement some of Sony’s other branding in both the display and optics. 5G support also seems like a given, as Sony demoed a 5G concept phone at the show last year.