This year had its share of tech successes, but the fail was exceptionally strong in 2016 too. Here’s our end-of-year look back at the biggest cock-ups from the last 12 months, each more facepalm-inducing than the last.

Now this isn’t inherently a fail; tech companies buy other tech companies all the time. But the real failure stems from how Pebble customers got completely shafted by the merger.

When Pebble made the announcement, it said that “functionality or service quality may be reduced down the road”, and waved goodbye to regular software updates and features. It also confirmed that one-to-one customer support would be stopped, and that the warranty exchange was finished for good.

And if you bought a Pebble device and hated it, you wouldn’t be about to return or exchange it anymore either. 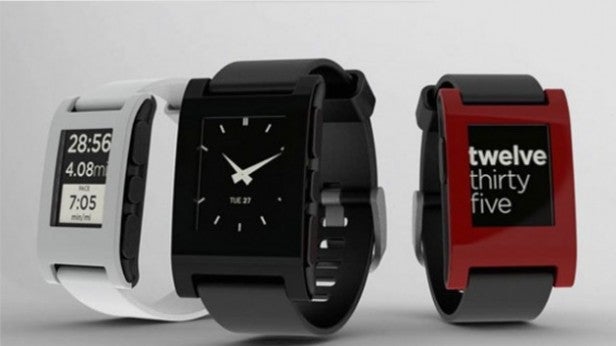 In the wake of the Galaxy Note 7 debacle, it was easy to miss another Samsung fail: the great washer recall of November 2016.

Last month, Samsung was forced to recall a whole range of top-load washing machines that were at risk of vibrating so hard they would literally fall apart. Samsung even admitted that this major design flaw presented “an injury risk” to consumers. Death by washer was, perhaps for the first time ever, a genuine possibility – a clean kill, too.

Some users who had been experiencing complete internet blackouts were told that normal service won’t resume until January 18 next year.

The affected users, who are based in south west London, are facing having zero internet from around 7pm at night until the early hours of the morning – every single day. Seasonal Netflix-and-chill sessions quashed…

Amazon is great, right? Deliveries to your door in record times, with products peddled at some of the cheapest prices around.

But the cost of our seasonal splurging is high, as the Courier newspaper revealed when it published photographs of Amazon workers camping near a Dunfermline, Scotland warehouse to save money on the commute.

Willie Rennie, Scotland’s Liberal Democrat leader, even described the working conditions as “intolerable”, condemning Amazon over allegations that its workers have been penalised for sick days, and that pressure to hit targets is too high.

Maybe money is tight at Amazon? After all, they did spend $250 million on Clarkson and co. for The Grand Tour… 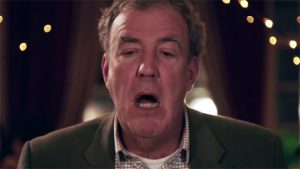 In August, WhatsApp announced that it had started sharing user data – like phone numbers – with Facebook, in an effort to deliver more relevant ads. Yes, that old chestnut.

The only problem was that when Facebook was trying to get approval for its WhatsApp takeover two years ago, it told the EU that it wasn’t possible to link data on accounts between the two services. Nope, simply can’t be done.

But clearly Santa’s data-sharing elves paid Mark Zuckerberg a visit in the meantime, and made the magic happen.

Understandably, the European Commission is now pretty annoyed, and has threatened Facebook with the possibility of a fine. And the EU isn’t the only body that’s pissed off either; a whole bevy of regulators, including the UK’s ICO, are shaking fists and threatening fines.

GoPro nearly missed out making this list, but it snagged a place just in the nick of time, when the company issued a last-minute recall for the new Karma drone in December, just two months after launch. Well done, guys – you made the big league. 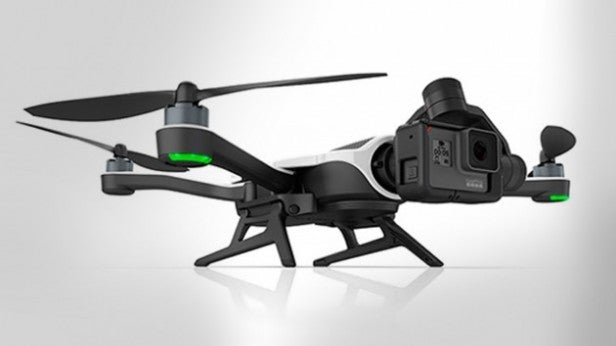 The problem was that some of the Karma drones would lose power during operation. That wouldn’t be such a huge problem with, say, a toaster or a games console – no risk of life there, however frustrating it may be. But when we’re talking about unmanned flying objects, there’s every chance the Karma could’ve dropped out of the sky and onto your head, bludgeoning you during this most festive of seasons.

And to make matters worse, the ruddy thing cost £999 with an inclusive camera, so you’d be paying a fortune for your own untimely demise.

The Apple AirPods are one of the best types of fails: the multi-pronged fail. That’s because there is no single reason why the AirPods made this list; in fact, there are many.

The first is the design: they look very silly, and that’s not okay for a product built by the world’s most valuable company. Our own Wearables Editor Richard Easton reckons they look like toothbrush heads, and we’re inclined to agree:

Then there’s the delay: When they were announced in September, they were pegged for release the very next month. But they didn’t go on sale until December 13, and were already missing pre-Christmas shipping by the very next day.

Finally, there’s the price. These bad boys cost £159 for a pair, which iPhone 7 customers who found themselves one headphone jack short of a competent smartphone were appropriately disgusted by.

We’ve just received a set for review and it’s possible they may delight and surprise us, but it’s been an unconvincing start.

In July this year, it emerged that the account names and passwords for around 200 million Yahoo accounts were being sold on the dark web. Whoops. This fail had actually taken place in late 2014, but only came to light this year – so it makes the list.

But what makes the story even sorrier is that in December 2016, Yahoo admitted that it was aware of another, separate data breach that affected over one billion user accounts, exposing information that included unencrypted security questions and answers.

It’s now regarded to be the largest known breach on the internet. Good show, Yahoo – we like having to change our passwords all the time, honest.

Forced upgrades from Microsoft could arguably have made a 2015 fail list too, but the fail grows even stronger considering how long it’s been going on.

Since the advent of Windows 10, Microsoft has repeatedly deployed sneaky tactics in a bid to get as many people as possible to upgrade to Windows 10. This has left countless users furious, beleaguered, and considering Apple Mac-icide. 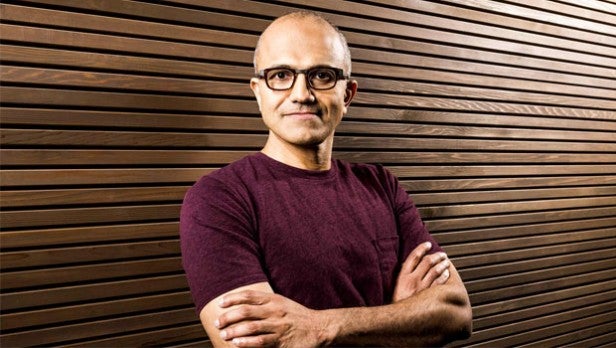 In fact, such a fail was Microsoft’s forced update campaign that the company was actually sued by Teri Goldstein, an unhappy Microsoft customer from California whose work computer became useless as a result of a Windows 10 upgrade she never authorised. Microsoft paid out $10,000 to Goldstein, covering a replacement computer and compensation for lost wages.

3. When Pokémon Go took over the world

“Wait,” you cry, “Pokémon Go was a hugely successful game that made loads of money and enraptured half the planet!”

Yes, it did – but the fail here lies in society itself. Human civilisation is marked by greatness – law, medicine, and Netflix, to name just a few achievements. But Pokémon Go does not rank among them. Instead, it will forever be remembered as a low point for humanity, where otherwise sensible adults forwent their common sense and dignity, and traipsed around muddy fields en masse like smartphone-wielding lemmings, desperate to throw virtual balls at virtual hamsters. 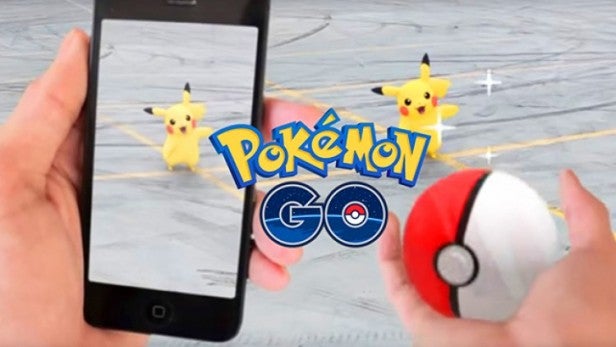 When Apple launched the iPhone 6S, which was basically the iPhone 6 (again), onlookers could be forgiven for thinking we’d reached peak Apple.

But Cupertino didn’t want to be outdone, and so the iPhone 7, which was basically the iPhone 6S (again), came without a headphone jack.

Why? No one really knows. Some say it’s because Apple wants to push audio technology forward to better standards. Others think Apple hates everything that is just and good in this world.

All we know for sure is that Apple is going to make a killing selling wireless headphones and jack-adapters.

If Apple CEO Tim Cook wrote a letter to Santa Claus this year, it probably went something like this:

“Dear Santa, I know it’s only August, but I’m getting this letter done early so I can work on my keynote speech. We’re launching a new iPhone next month and I need to convince everyone who bought an iPhone 6S that they need to pay us £600 for a new version that doesn’t have a headphone jack. If you could take the heat of Cupertino HQ, that’d be great…”

And so Santa’s little elves went to work, and lo: the Galaxy Note 7 fire fiasco ensued.

In September, Samsung was forced to recall every Galaxy Note 7 just one month after the phone’s launch, when it emerged that some users’ handsets were spontaneously catching fire. 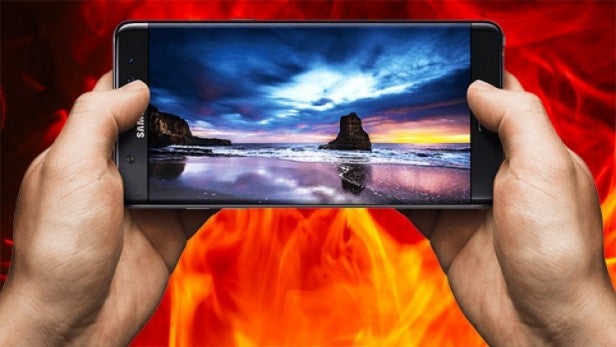 Samsung thought it had fixed the problem, but then ended up issuing a second (and final) recall in late September, after it turned out that even “fixed” phones were still exploding.

Samsung no longer makes the phone, and now regularly warns all users to turn their devices off indefinitely. The greatest tech fail of our generation, it may be.

What was your favourite tech fail this year? Let us know in the comments.