We all knew Apple was going to ring the death knell of the humble headphone jack. The real mystery was how Apple would justify killing off a connection that’s been around for well over a century.

That answer, according to Phil Schiller, Apple’s SVP for Worldwide Marketing, was ‘courage’. In fairness, he did give a range of other reasons, some of which sounded like solid arguments. But he chose to lead with the ‘courage’ remark, which seemed pertinent.

Considering that he then proceeded to unveil the very silly-looking Apple AirPods, all I could think as I watched the ridiculously narrated unveiling video was: ‘You’re going to need to be pretty damn courageous to wear those out the door, too.’

There’s one thing that Apple AirPods look like, and that is a replacement electric toothbrush head. The fact that a few people didn’t notice when I actually shoved an Oral B toothbrush into my ear (see my Tweet below) is a pretty good testament to this.

While, yes, my replacement toothbrush head can sort of be used wirelessly, I’m loathe to admit that, no, it doesn’t have a shiny new W1 chip inside. Don’t worry, I’m not going to use that toothbrush ever – thanks for your concern.

The protruding part that hangs down and out of your ears is the main culprit and why people are making the electric toothbrush comparison. And plenty are – it’s not just me.

Other ‘truly wireless’ earbuds have managed to avoid such a silly design. Samsung with its IconX, Bragi with its new Headphone, Motorola with its Verve Ones and Jabra with its Elite Sport all look more discreet. The Jabra Elite Sport also have fancy microphones like the AirPods and throw in a heart rate monitor. 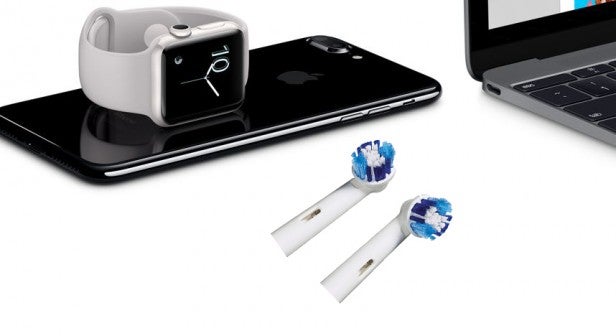 Then there’s the fact that these are based on the original Apple EarPod design and fit. For me those have always been incredibly insecure, falling out at a moment’s notice and leading the EarPods and the pavement to become regular bedfellows. I anticipate a lot of people are going to be losing – and breaking – AirPods over the coming years.

If you want to get an idea of what it will be like to wear the Apple AirPods, grab an Oral-B replacement toothbrush head right now and put one in your ear. I recommend the CrossAction head for its whole-ear-clean feel. 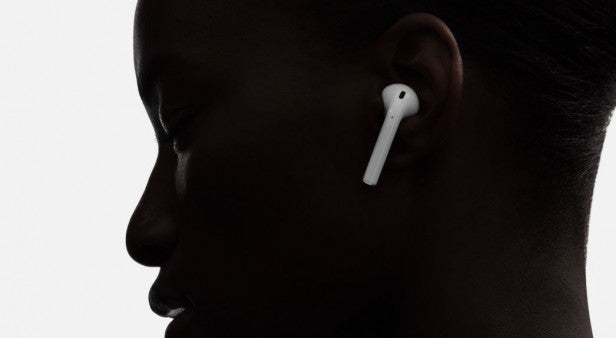 Okay, these are the Apple AirPods, or are they a toothbrush head again?

There are some things I like about the AirPods, don’t get me wrong. Their 5-hour battery life is actually very respectable for truly wireless earbuds. The charging case looks pretty great and will get their stamina up to 24 hours, too. Even the £159 price compares favourably with competing wireless buds, even if there is a rather painful direct post-Brexit conversion of the US dollar price. 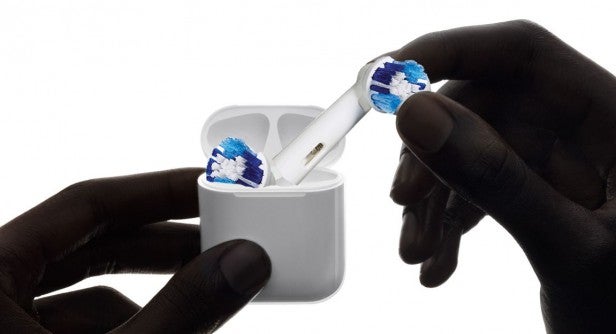 In the end it’s that design and fit that mean I doubt the Apple AirPods and I will be BFFs – but I would love to be proved wrong.

Related: iPhone 7 camera in-depth: Apple said you’ll love it and you actually might

What do you think of the Apple AirPods? Let us know in the comments below.