A desktop PC is a great option if you don’t plan on using your computer on the go. But what is the best desktop PC that you can buy in 2023?

Our team of experts are here to help answer that question, as they’ve reviewed a wide range of PCs over the years. Any PC that scores at least a 4-star rating is considered for this list to make it easier for you to find the very best options.

We’ll also be updating this list on a frequent basis to make sure our recommendations are always up to date. We’re planning on reviewing the likes of the Microsoft Surface Studio 2 Plus shortly, so it may be worth bookmarking this page to see if it makes the cut.

And if you’re open to the idea of purchasing a laptop instead for more portable working, check out our best laptop, best budget laptop, best student laptop and best gaming laptop roundups.

Best Desktop PC at a glance:

Learn more about how we test desktop PCs

Every desktop PC we review goes through a series of uniform checks designed to gauge key things including build quality, performance and screen quality where applicable.

These include formal synthetic benchmarks and scripted tests, plus a series of real world checks, such as how well it runs the most frequently used apps.

We also make sure to use every desktop PC we review as our primary device for at least a week to ensure our review is as accurate as possible. 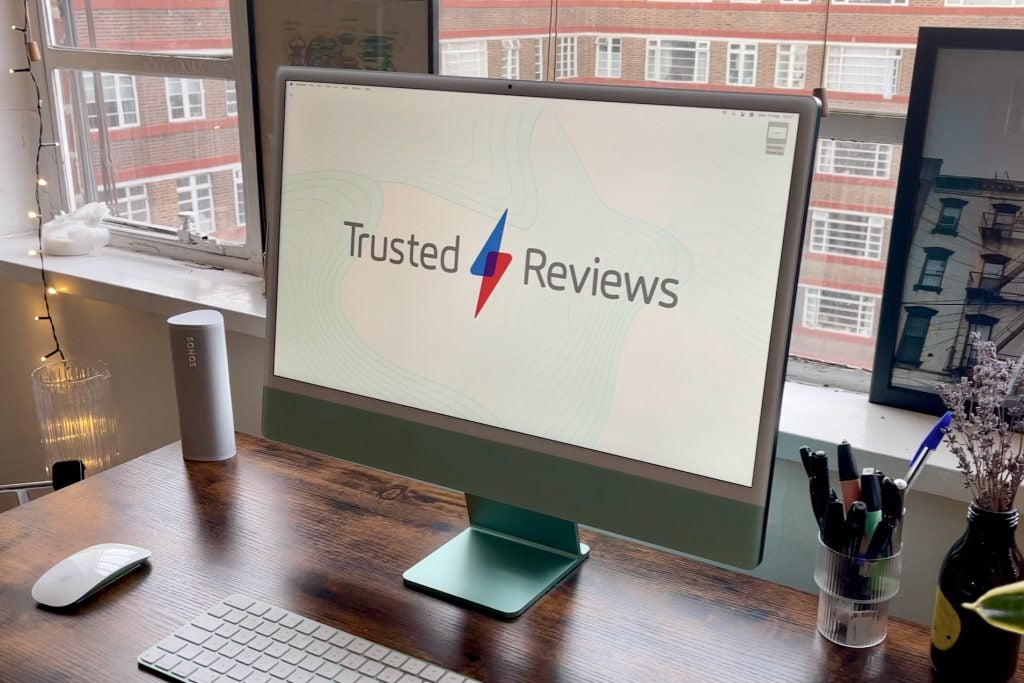 Buying the likes of a keyboard and monitor on top of a new computer can be an expensive outlay, which makes the idea of an all-in-one desktop PC significantly more appealing. The Apple iMac 2021 is the best desktop PC you can buy that fits into this category.

The latest iMac is powered by the M1 chip, which our benchmark tests show to offer fantastic speeds for basic productivity workloads, while also being competent enough to handle more complex tasks such as Photoshop work.

Apple has also given it a lovely redesign for the latest iteration, with vibrant colour options and narrower bezels so your eyes are drawn to the screen. This new iMac isn’t just a product to plonk down on a desk and leave there; it’s designed to be the centrepiece of your modern workspace. We think the 24-inch display is gorgeous too, with an ultra-sharp 4480 × 2520 resolution that provides top-notch detail to images and video.

Apple has also given it a lovely redesign for the latest iteration, with vibrant colour options and narrower bezels so your eyes are drawn to the screen. We think the 24-inch display is gorgeous too, with an ultra-sharp 4480 × 2520 resolution that provides top-notch detail to images and video.

You get both a keyboard and mouse bundled with the iMac, as well as an integrated webcam, ensuring you don’t need to buy any more accessories. The iMac 2021 is such a fantastic desktop PC that we’d even recommend it to those who don’t typically buy Apple products. And if you’d prefer a more portable device, then we recommend checking out the MacBook Air M2 and MacBook Pro. 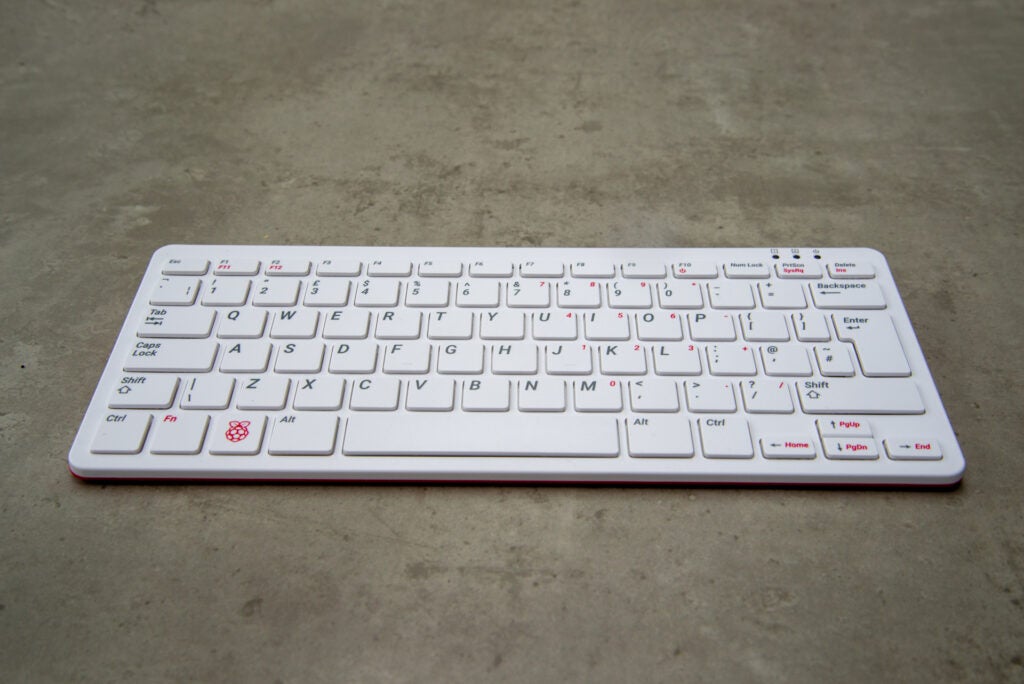 The Raspberry Pi 400 may look like a keyboard, but remarkably, it actually has a computer built inside its tiny frame. Simply plug it into a power source and monitor, and you’re good to go.

You can pick it up in two configurations; a base model which is £60 and comes with the computer only, or spend an extra £35, and you get a mouse, power supply, HDMI cable, 16GB microSD card preloaded with Raspbian, and a ‘getting started’ book. Whichever way you cut it, the Pi 400 offers some amazing value for money.

This dinky desktop PC runs on Raspberry Pi OS rather than Windows, but lets you do all the basics such as surfing the web and catching up on your emails. Our testing shows that the Pi 400 isn’t particularly powerful, which is no surprise given it uses an Arm chip and 4GB of RAM. But again, you should be fine as long as you stick to simple workloads.

The device features ports for Gigabit Ethernet, USB-A, USB-C, HDMI and a microSD card slot, which offers some great connectivity for casual computing and basic workloads. Even in 2023, gigabit ethernet on more of an affordable machine is a lovely port to have. We also found the keyboard to be pretty good, although arguably doesn’t have good enough feedback for typing out large documents on a daily basis.

The main benefit of the Raspberry Pi 400 is undoubtedly the affordable cost, making it one of the best value all-in-one computers on the market and a great choice for children hoping to learn how to code. 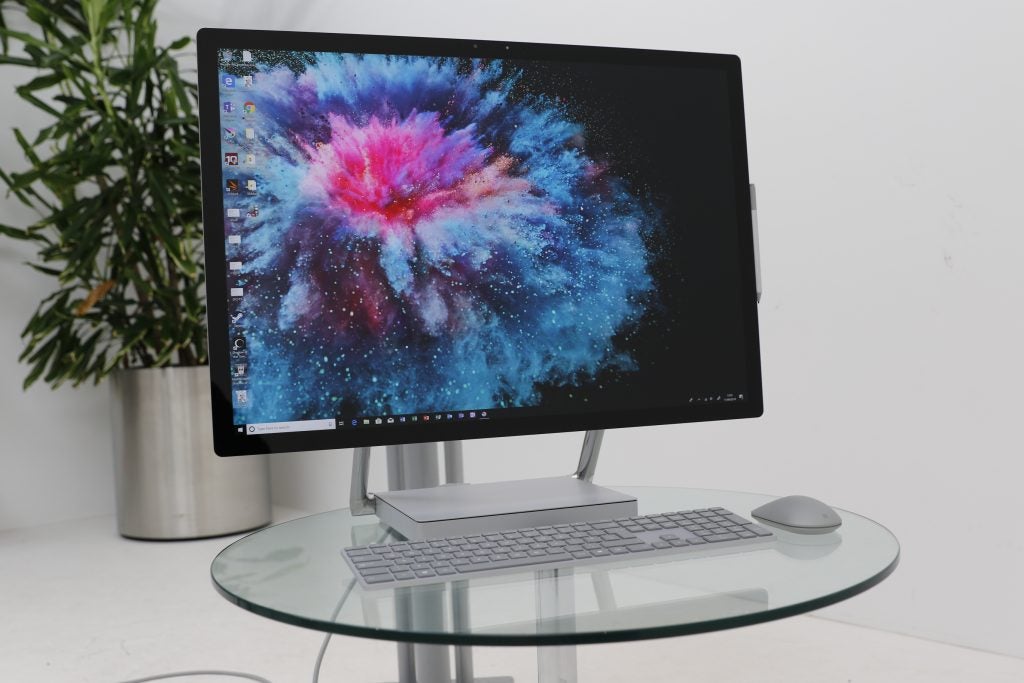 Microsoft’s Surface Studio 2 is a fairly unique desktop PC, allowing you to tilt the screen back and use it like a giant drawing tablet. This makes it a great option for digital artists that require more screen space and power than what a portable tablet will offer.

We found its hinge to offer smooth operation and the Studio 2 to be generally robust in its construction. There is stylus support too in the form of Microsoft’s Surface Pen, which proved pretty accurate, especially thanks to support for 4096 pressure points and 12-gram actuation force, which is enough for pencil sketching and inking.

The screen itself is great too, with our tests showing it to have a high brightness of 500 nits and great contrast. The 4500 x 3000 pixel resolution also ensures on-screen pictures and videos look incredibly sharp with oodles of detail.

But since this desktop PC launched back in 2018, the specs do look outdated compared to the competition, with a 7th Gen Intel Core chip, and Nvidia’s 10-Series GPU. We reckon they’re still decent enough specs for basic video editing and the like, but our testing does show you can now find more powerful machines by spending less money, be it in the form of other desktops or the many excellent laptops we’ve tested.

The Surface Studio 2 is also difficult to find now, with Microsoft no longer selling it via the official website. You may want to hold off on a purchase anyway, with the Surface Studio 2 Plus model confirmed for release in the near future. The new model will have more up to date specs, increasing the performance to a more competitive pace. Keep an eye on Trusted Reviews, as we’re planning to review it in the coming weeks.

Small tweaks are enough for the Apple iMac to remain the go-to desktop for creatives.

How much RAM is enough?

It really depends on what kind of workloads you’ll give your PC. 8GB of RAM is speedy enough for a productivity PC, but you may want 16GB or higher for gaming or content creation.

What should I look for when buying a desktop computer?

The processor is one of the most important specs for any computer, while you’ll want to make sure your PC has a discrete PC (typically from AMD or Nvidia) if you want to play demanding games or engage with intensive content creation. RAM is also important for performance, while the storage space shouldn’t be ignored if you plan on saving lots of files on your PC.

It’s also worth looking out for all-in-one PCs if you want the entire setup in one package. But just be aware it will be more difficult to upgrade components in an all-in-one PC compared to a more conventional PC. Best Antivirus 2023: The top 5 picks to keep your laptop and PC protected 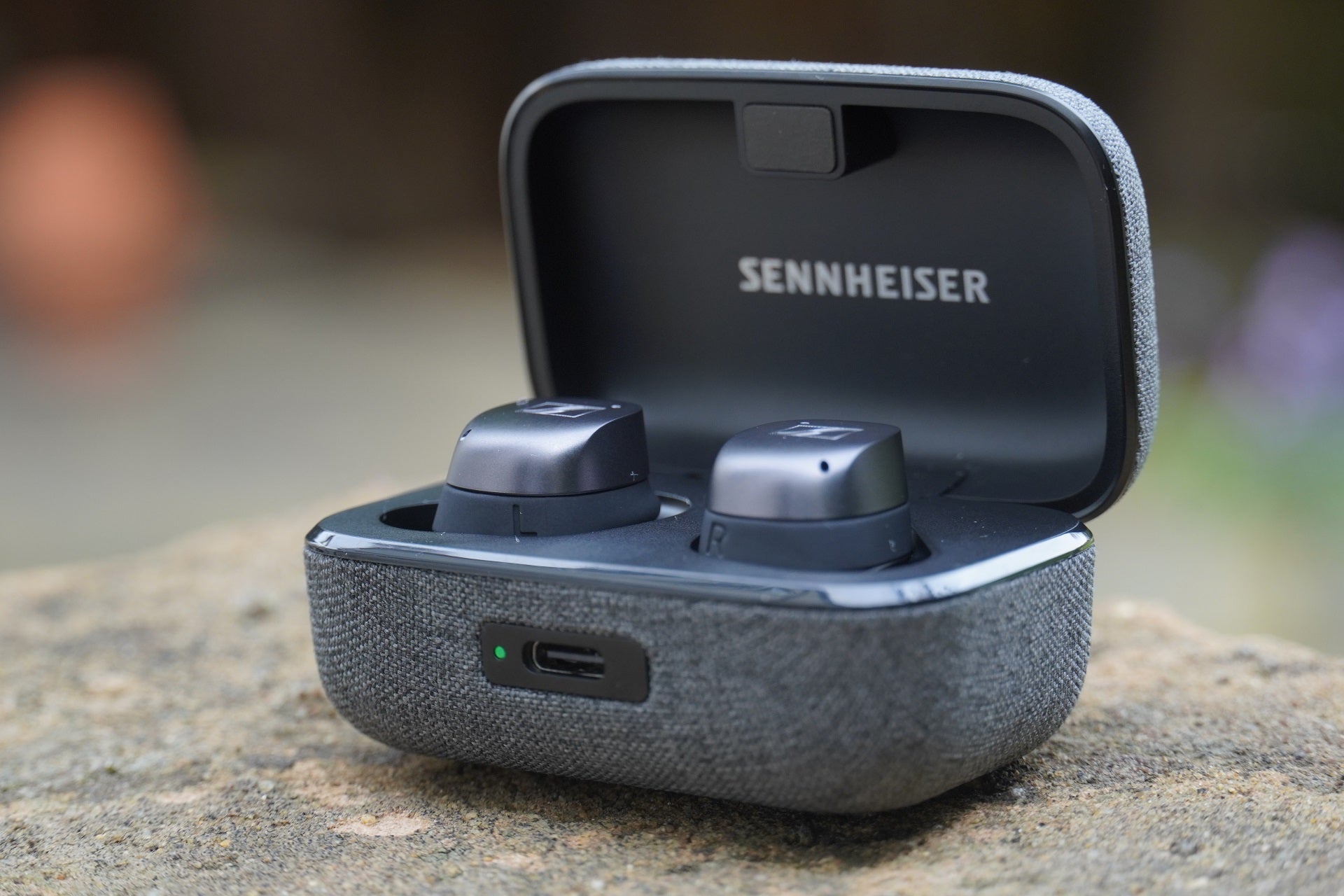 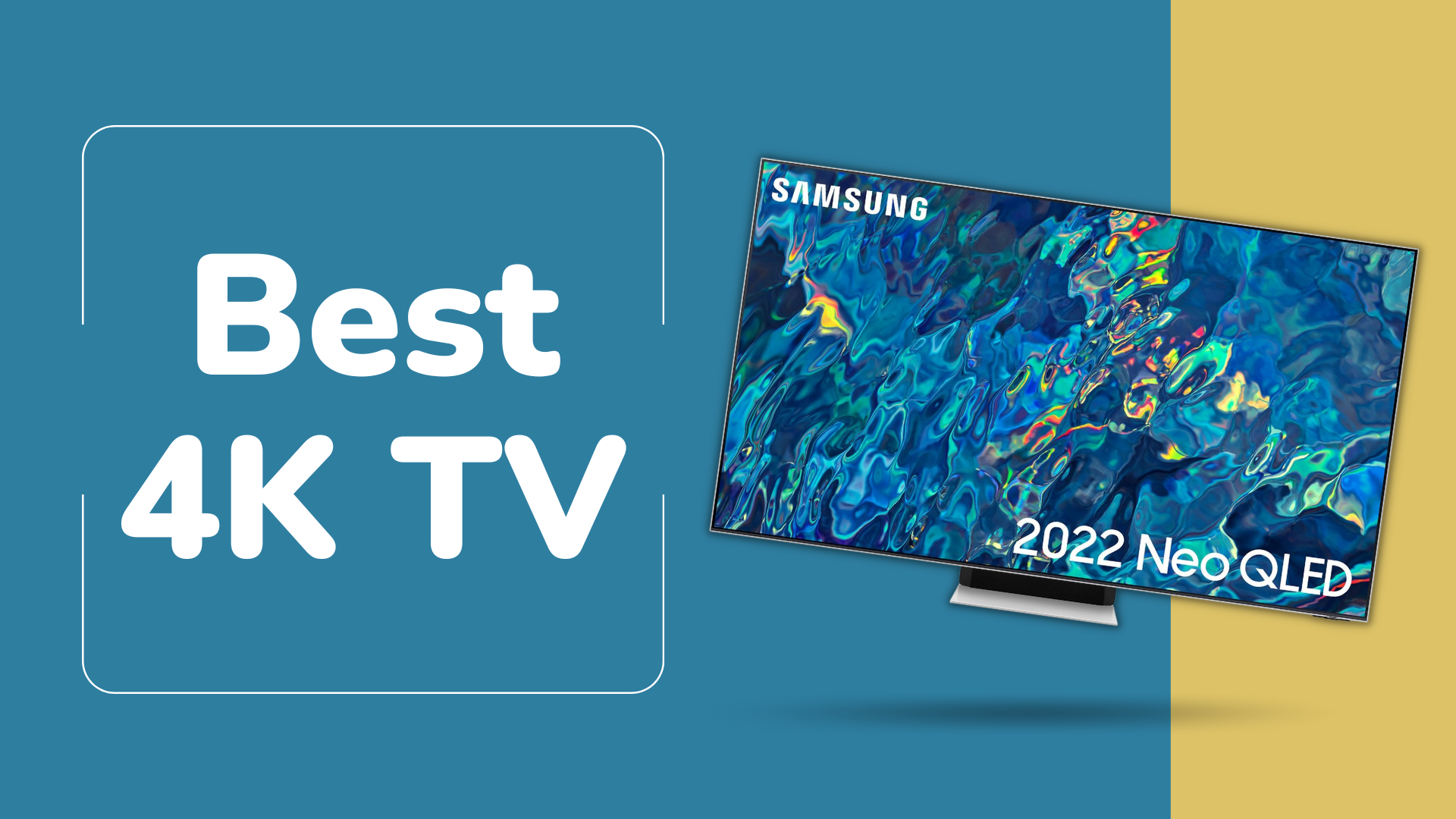 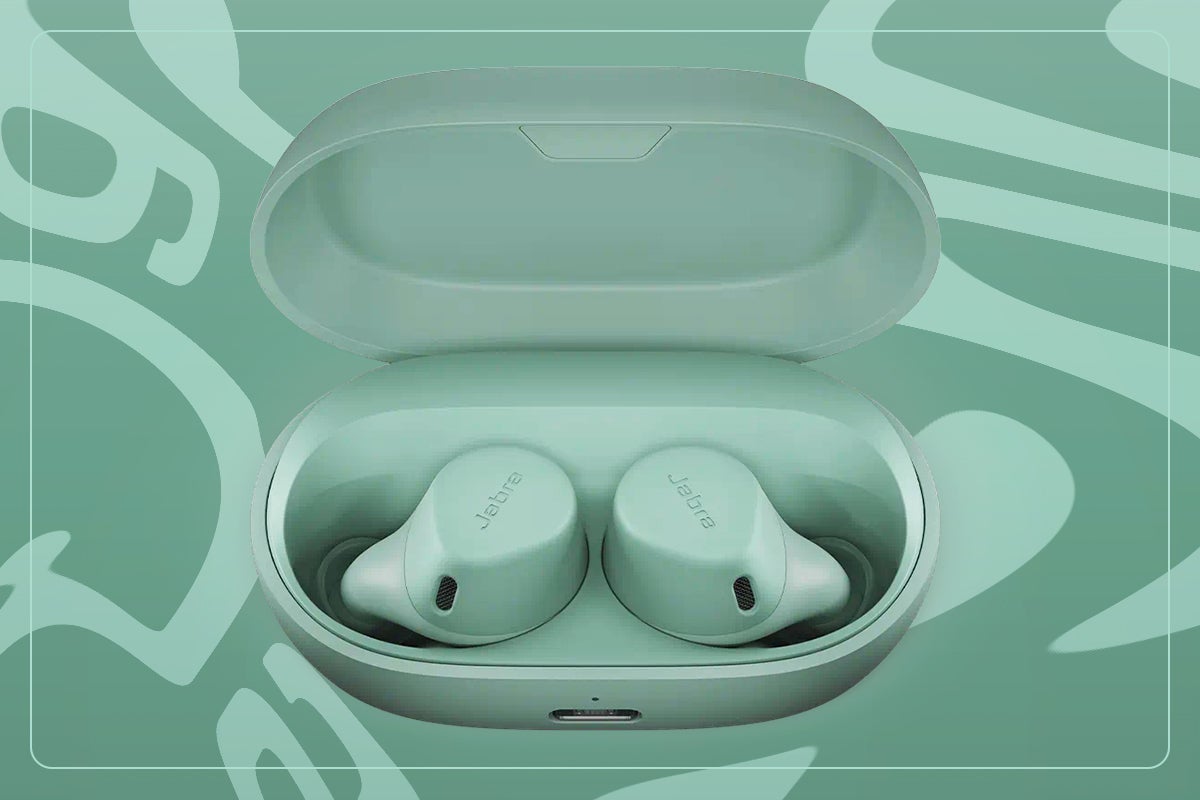 Best Fitness Tracker 2023: The top wearables to analyse your workout