Harking back to the early days of computing, the Raspberry Pi 400 is a computer built into a keyboard. Giving you everything you need in one simple plug-in-and-go package makes it really easy to get started with Pi projects. It's great to see the 40-pin GPIO port for projects, and you only miss out on the camera and display interfaces. For those looking for a simpler Pi or wanting a quick way to get started, this is a great addition to the line-up.

If there’s one little thing that can put some people off buying any Raspberry Pi, it’s that you need to add a keyboard, power, mouse and, preferably a case, to get started. Enter the Raspberry Pi 400: the complete all-in-one computer built into a keyboard.

It’s a far easier package to get started with, and that bit more robust, too. You miss out on a few features that the bare board Pi models have, but it’s a worthy compromise in many situations, and a great way to get started with the mini-computer.

Previously, if you wanted to make your Raspberry Pi look neat and make it that bit more robust, you’d need to buy a case for the board, then hook up your own keyboard, mouse and displays. With the Pi 400, you now get everything you need in an all-in-one computer. 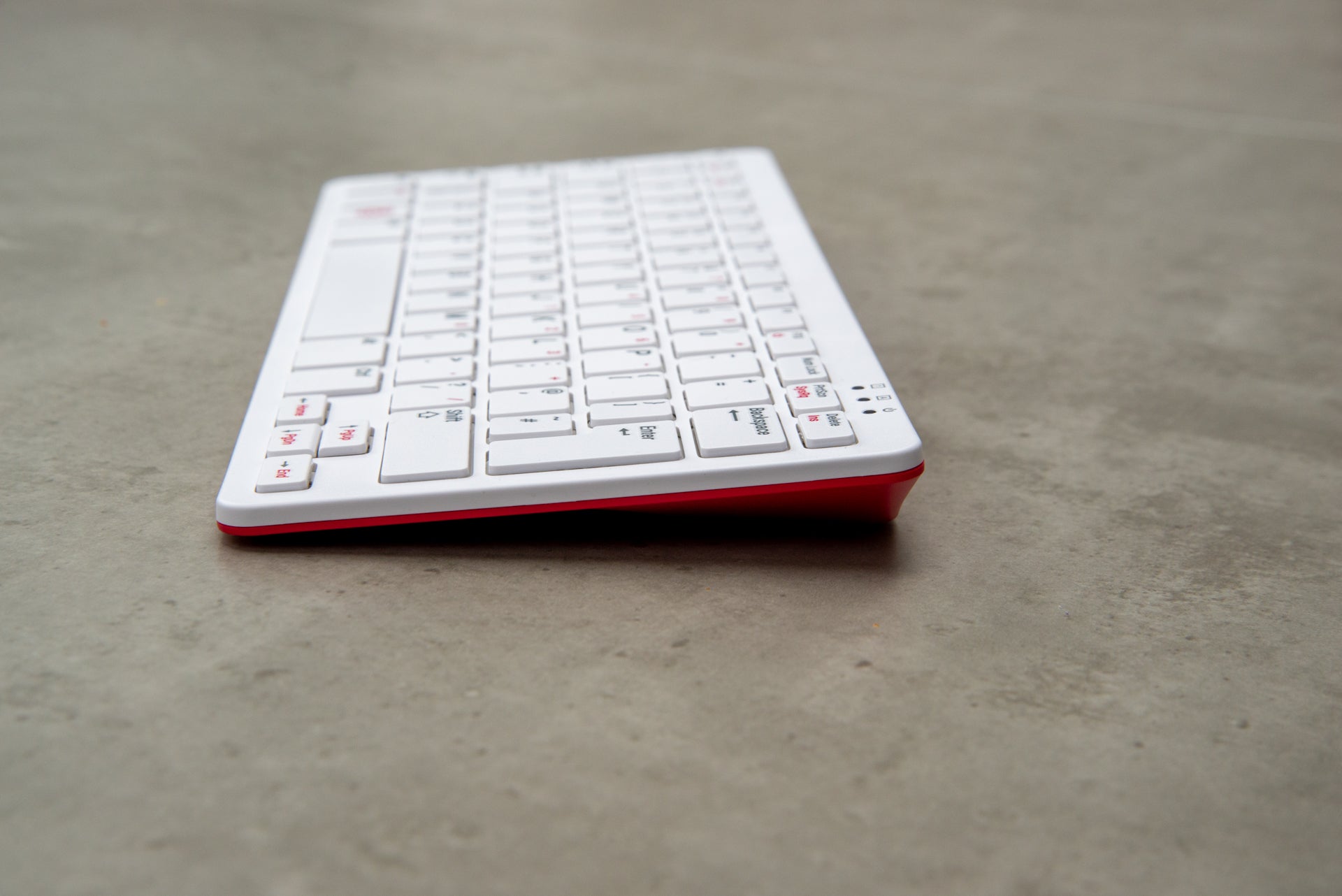 There are two versions available: the standard Pi 400, which is the computer only (£65) or the kit (£95), which gets you a mouse, power supply, HDMI cable, 16GB microSD card preloaded with Raspbian, and a getting started book. The kit is the better choice for those getting started; existing Pi owners may want to save the cash.

Look at the computer from the front, and you’d swear this was just the regular Raspberry Pi keyboard (23 x 286 x 122mm). Turn it around and the ports give away that this is a full computer. It’s a neat and practical design that harks back to the heyday of the home computer revolution: I like to think of this model as the ZX Spectrum or BBC of Raspberry Pi models. 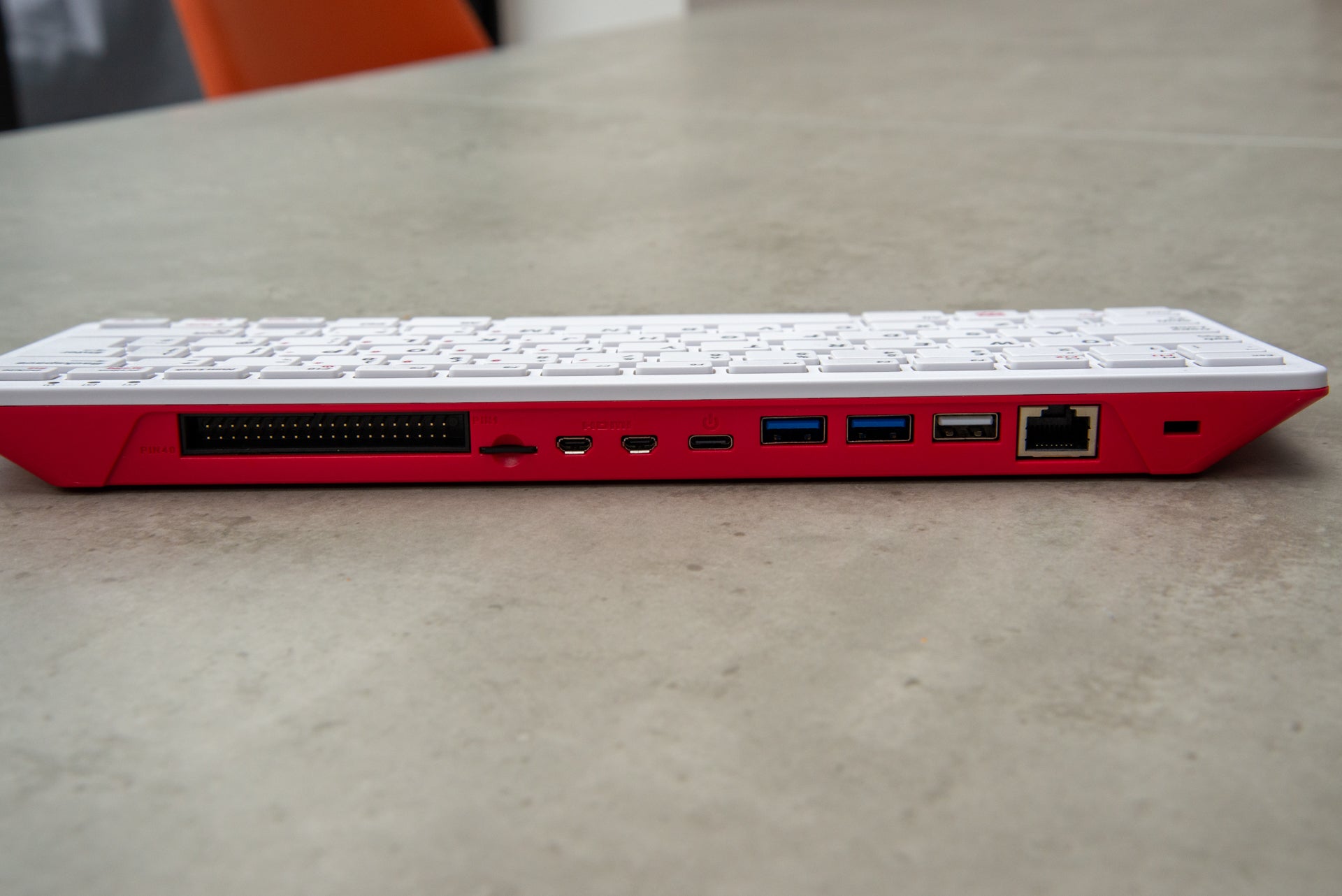 Internally, the Pi 400 is basically an upgraded Raspberry Pi Model 4 computer. Rather than squeezing that board into a keyboard case, this computer has been built from scratch to be an all-in-one. For starters, that means that all of the ports are lined up at the rear of the computer, rather than being spread around the side.

You get Gigabit Ethernet, USB and two USB3 ports, two mini HDMI outputs and a microSD card slot. There’s USB-C for delivering power, too. Both HDMI ports support 4K displays, although you can only run a single display at 60Hz; if you connect two displays, they both run at 30Hz.

You’ll also notice there’s the 40-pin GPIO port, clearly labelled as to which port is which, letting you build your own electronics projects. I could even fit my sense HAT using the provided riser pins. 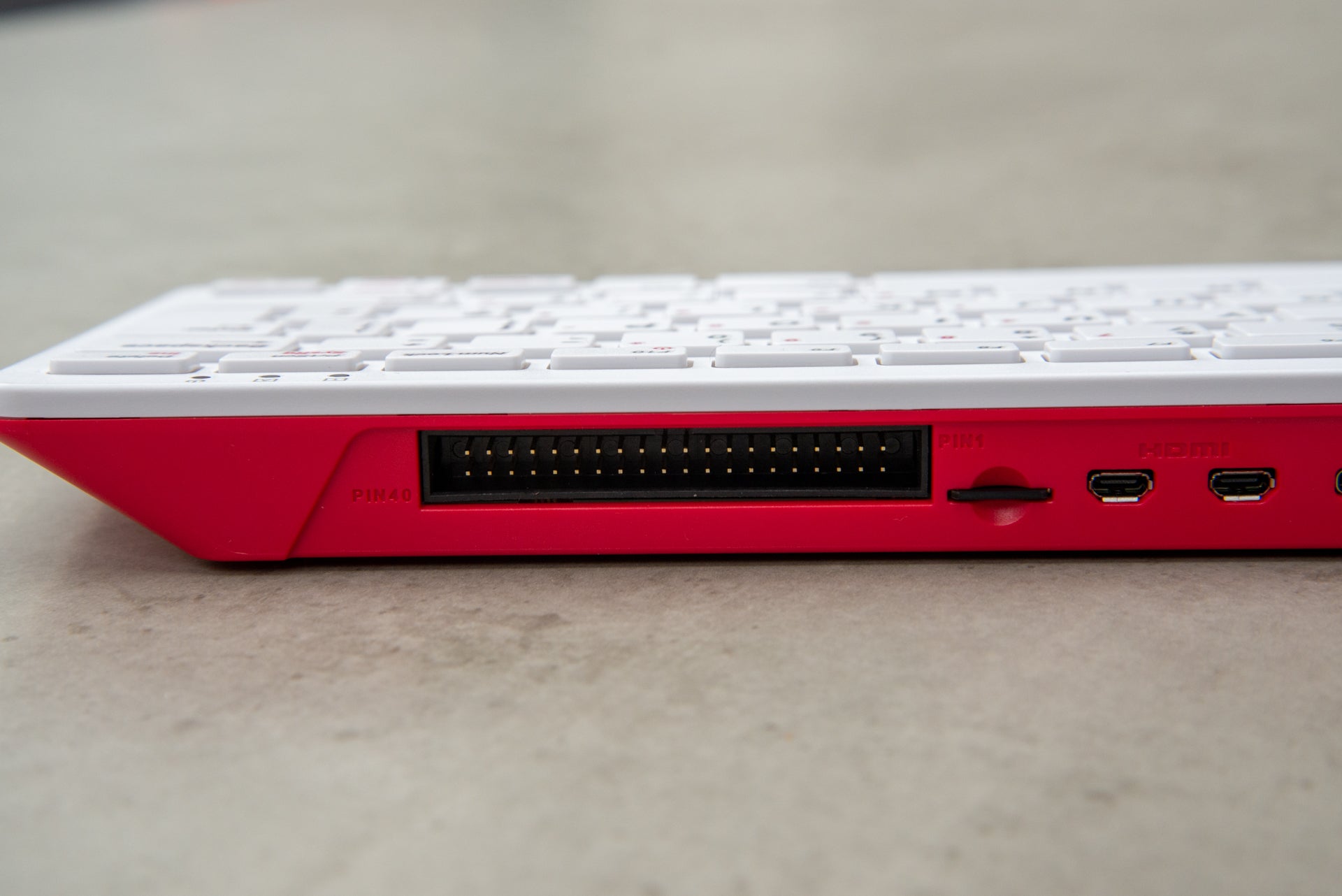 Having the GPIO so accessible means that this computer still fulfils its goal of letting people easily develop their own electronics projects.

You do miss out on a few things, including the camera and display connectors. It’s a slight shame, as it means you can’t use the 400 for developing projects that use either accessory, moving them to a regular Pi when you’re done. The bigger loss is that there’s no 3.5mm audio output for hooking up external speakers or a pair of headphones.

As with the Pi 4, the 400 has the same upgraded networking, with 802.11ac, proper Gigabit Ethernet and Bluetooth 5.

Once you’ve got a microSD card inserted and filled with a compatible OS, and have hooked the Pi 400 up to a monitor, you can plug in the USB-C power cable and you’re ready to go. Having everything built into the keyboard makes this the easiest Pi to use yet: you can set it on a desk, or even plonk it on your lap and sit in front of a TV.

The keyboard’s pretty good: it hasn’t got the best feedback in the world and I wouldn’t want to type huge documents on this all of the time, despite writing this entire review on the Pi 400 using Google Docs without a single complaint.

Performance – A quick computer that can handle most tasks

One issue that I had with the Pi 4 was that the processor would get quite warm when pushed, throttling itself slightly. Raspberry Pi has clearly worked on heat dissipation for the 400 as I never got the warning thermometer icon telling me that the computer was running too hot. 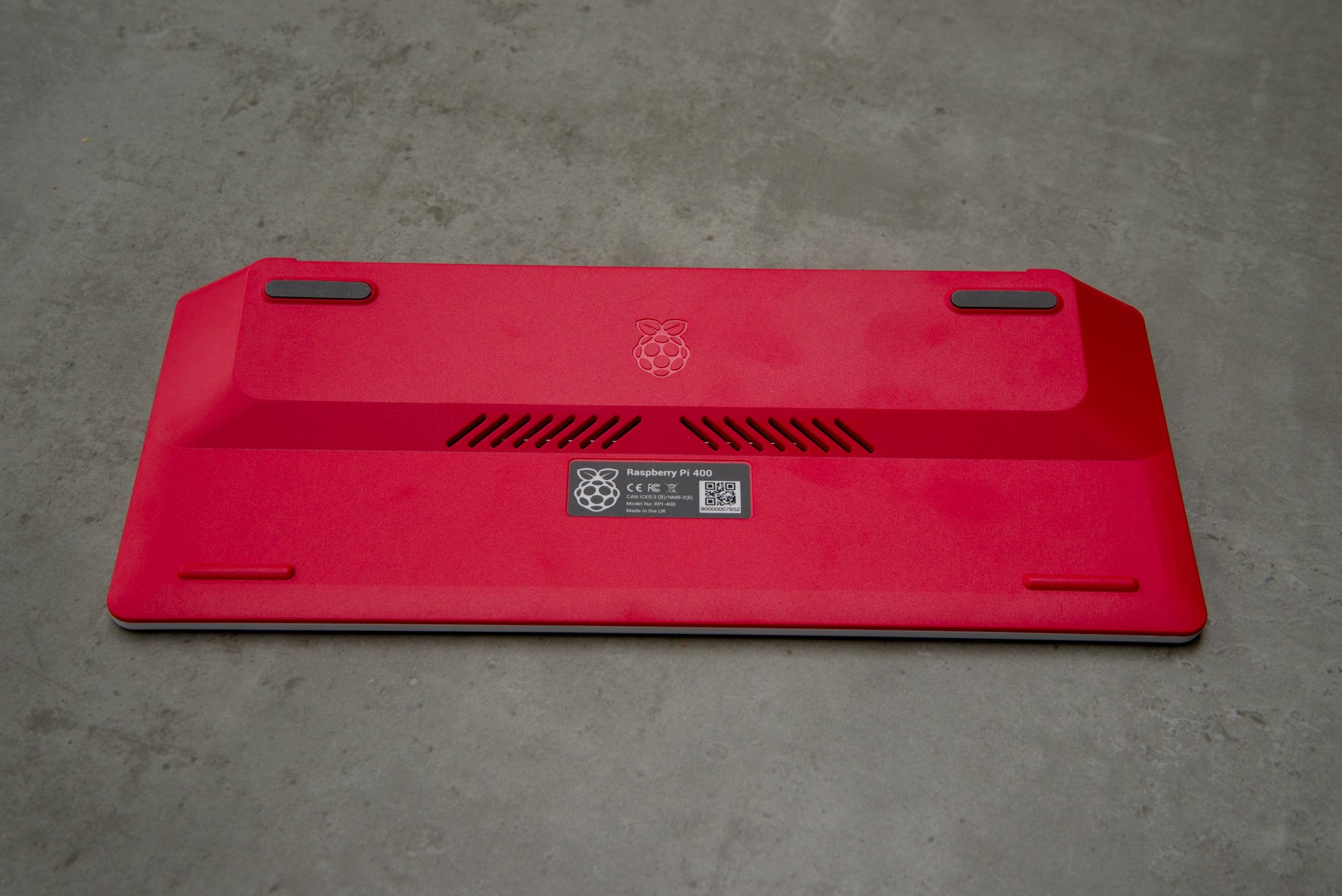 As a result, the 400 took just 19.39 seconds, compared to the Pi 4’s 23.23 seconds, when running Sysbench to calculate all of the prime numbers. That’s not a huge difference, but it demonstrates that the CPU here is better cooled.

Technically, the Pi 4 is capable of playing 4K video, but getting it to work can be fiddly. Fire up the Chromium web browser and go to YouTube, and there’s no option for 4K playback. However, LibreELEC (available as an alternative OS install) does now support 4K if you want to make your own media player.

The 400, as the Pi 4 before it, is a proper computer. If you want to browse the web, write documents or stream some video, this computer can handle it all. Really, this computer is fast enough for most jobs. To an extent, it makes it easier to develop on this device, too, as it’s fast enough to keep up with what you want to do, with no annoying lag.

Should I buy the Raspberry Pi 400?

The Raspberry Pi 400 is a convenient all-in-one computer that’s super easy to set up, and feels that bit more robust and easy to use than its predecessors.

If you’re looking to get started with a Pi (or you have kids that want to get started with coding), then the 400 makes it that much easier: just plug it in and go. Sure, you lose out on the camera and display connectors, but with the GPIO port available at the rear, you can still develop a lot of electronics projects.

A neat upgrade to a great product, the 400 is a great entry point to the world of Pi.