Fed up with sluggish internet speeds, despite forking out for expensive broadband? Then it may be the case that your router isn’t good enough. In order to help fix that problem, we’ve made a list of the very best router options you can buy today.

Our team of experts review many routers every year, so we’ve picked the highest scoring devices for this list so you don’t have to browse through mediocre options.

We’ve thoroughly tested every router on this list, determining the maximum Wi-Fi speed for comparable data. We also test the internet speeds at different ranges (2m, 5m and 10m) to make sure you can still get top speeds far away from the central hub.

We also make sure to test any available features, while also taking the price into consideration as not everyone can justify spending over a grand on a router.

If you can’t find a router that ticks all of your boxes, make sure to return to this list at a later date as we will be updating it with new entries as we publish more reviews. And if you’re looking for a Wi-Fi extender instead of a router, check out our best Wi-Fi extender list.

Learn more about how we test routers

We test every wireless router we review thoroughly over an extended period of time.

We use consistent testing conditions to determine the highest speed for every available band, while also noting down the performance at various ranges.

We also make sure to test all of the available features, including security and parental controls. 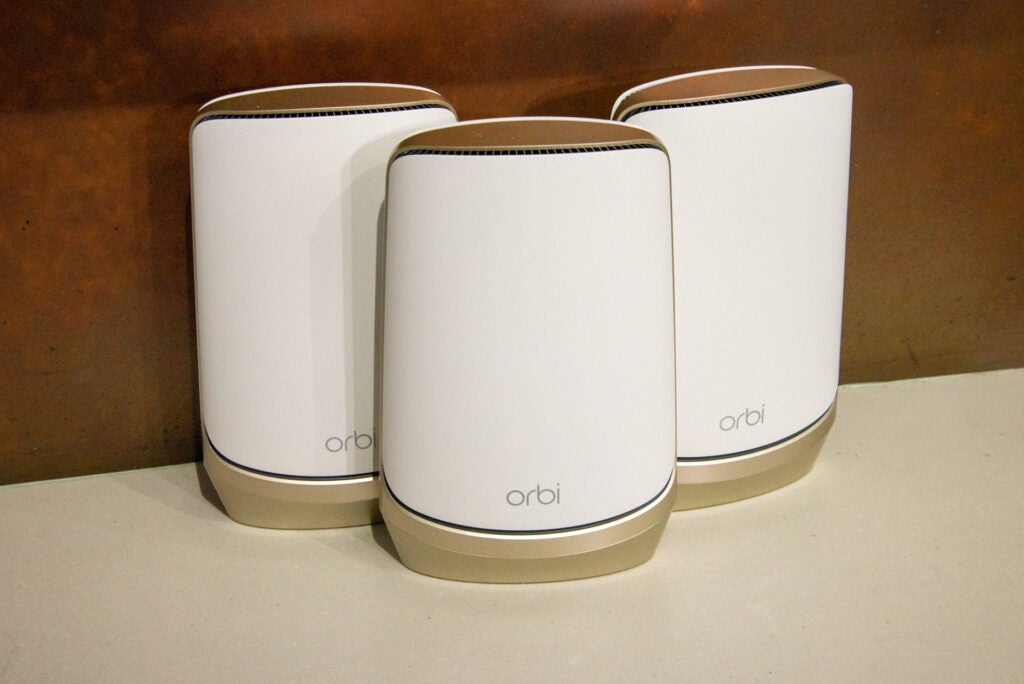 The Netgear Orbi RBKE963 Wi-Fi 6E is the best all-round mesh system you can buy today. It comes with two satellites so you can ensure you get great coverage throughout your home, while our tests showed it to be the fastest mesh system we’ve ever reviewed, seeing unprecedented scores at a 10-metre range.

Support for Wi-Fi 6E means it’s compatible with the latest Wi-Fi standard, while the 6GHz band delivers faster-than-wired speeds. This is also a quad-band system, allowing you to have multiple devices connected to the router simultaneously without seeing a significant slowdown in download speeds.

We were also impressed by the number of features on this router, including built-in parental controls, as well as optional cyber security software if you pay for a subscription.

It’s hard to find any flaws with this mesh system, although it is frightfully expensive. At launch, it was priced at $1499.99/£1499.99, making it even more pricey than a laptop or desktop PC. But if you want the absolute best Wi-Fi speeds, this is the best router or mesh system you can buy. 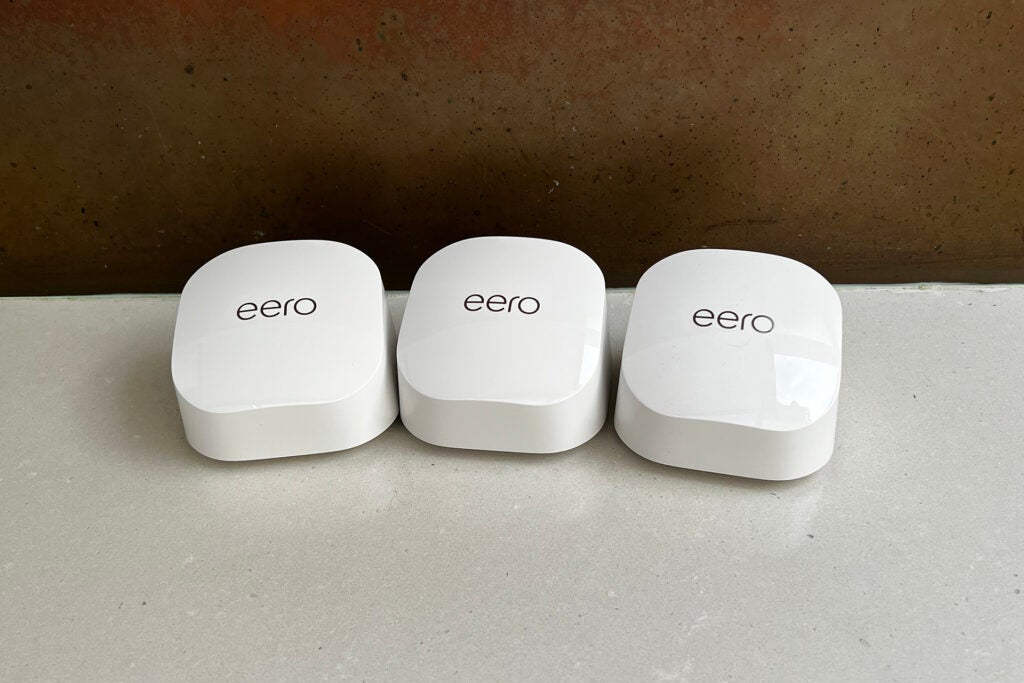 Not everyone can afford a mesh system that costs more than a laptop, so we’ve made sure to include a more affordable alternative on this list: the Eero 6 Plus.

It’s available in either a one-pack or three-pack, so is a useful option whether you’re in a small flat or a large family home. It uses dual-band Wi-Fi 6, and posted great speed results at ranges up to five metres. Older routers such as the Netgear Orbi WiFi 6 RBK852 proved faster at ranges beyond 10 metres, but also cost a fair bit more.

We were also impressed with how easy it was to use the Eero 6 Plus, and should be accessible to those who know very little about Wi-Fi jargon. However, it is noticeably light on features compared to other routers, so may not be suitable for those who want to tinker.

But what it lacks in advanced features and long-distance speeds, it makes up for with reliable Wi-Fi at an affordable price. This is the best mesh system available for those on a tight budget. 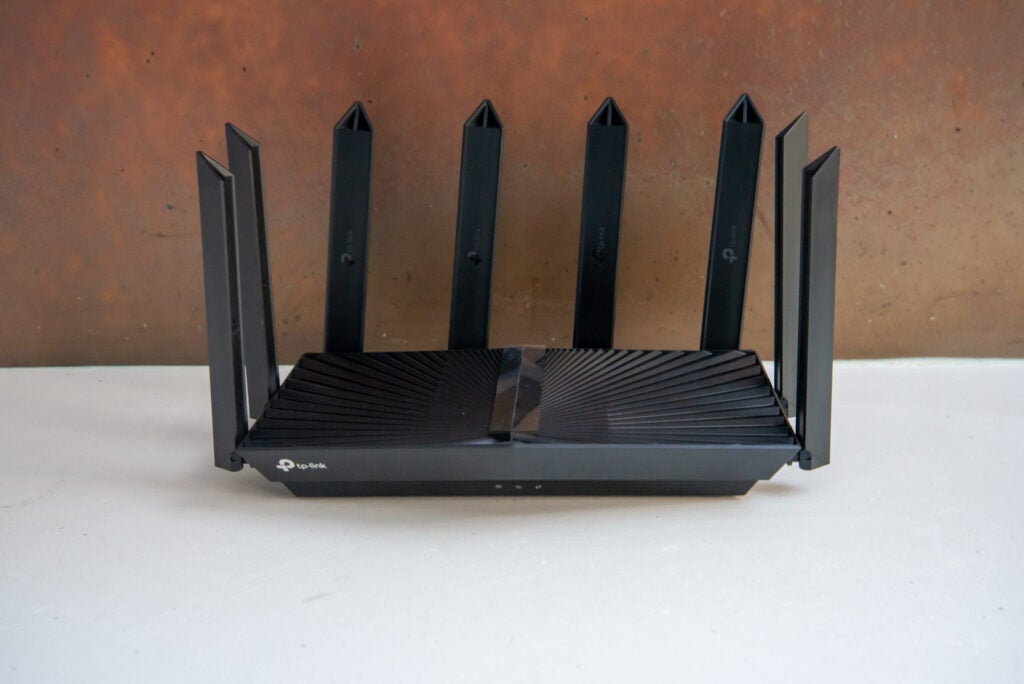 The TP-Link Archer AX90 is a standalone router rather than a mesh system, which means it’s best suited for those in a smallish home where fast and consistent internet speeds are more important than coverage.

This is a tri-band Wi-Fi 6 router, which means it’s ideal for homes with many devices that requires access to the internet. Our tests showed the 5GHz channel to be particularly speedy, offering comparable results to dedicated gaming routers such as the Netgear Nighthawk XR1000.

The accompanying 2.4GHz bands weren’t as impressive due to the level of neighboring interference, but are at least decent options for devices where rapid Wi-Fi speeds aren’t quite as important, leaving more bandwidth for the likes of consoles and PCs.

It also supports TP-Links’ OneMesh technology, allowing you to build a mesh network via compatible range extenders. That’s a decent option to consider, but the TP-Link Archer AX90 arguably represents better value for those who just need a standalone router with a solid Wi-Fi connection for multiple devices. 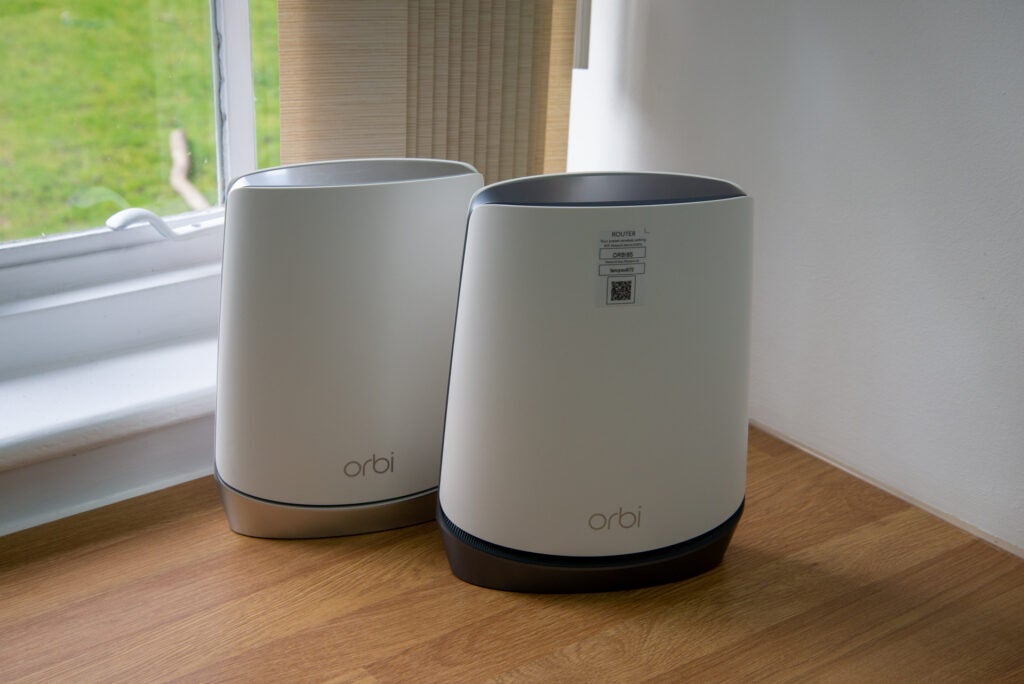 It can be an absolute nightmare when the Wi-Fi goes down unexpectedly, especially if you’re working from home and have an important business meeting. The Netgear Orbi 5G Tri-Band WiFi 6 Mesh System (NBK752) looks to free us from such pain by featuring support for 5G.

By slipping in a 5G (or 4G) Sim card into the router, it will revert to the cellular network as a backup if the Wi-Fi ever goes down. This ensures peace of mind that you’ll stay connected to the internet, even if BT or Virgin lets you down unexpectedly.

This Orbi can be purchased with either one or two satellites while offering tri-band Wi-Fi 6 that our performance tests showed to be both speedy and reliable. 5G speeds will of course depend on signal available in your area.

We thought the parental controls and security features were excellent too, while the smartphone app can be used like a remote control for hassle-free tweaks.

However, you can find faster Wi-Fi 6 mesh systems elsewhere, such as the Netgear Orbi RBKE963 Wi-Fi 6E, so this is only worth considering if you reckon the 5G backup network will be an invaluable feature. 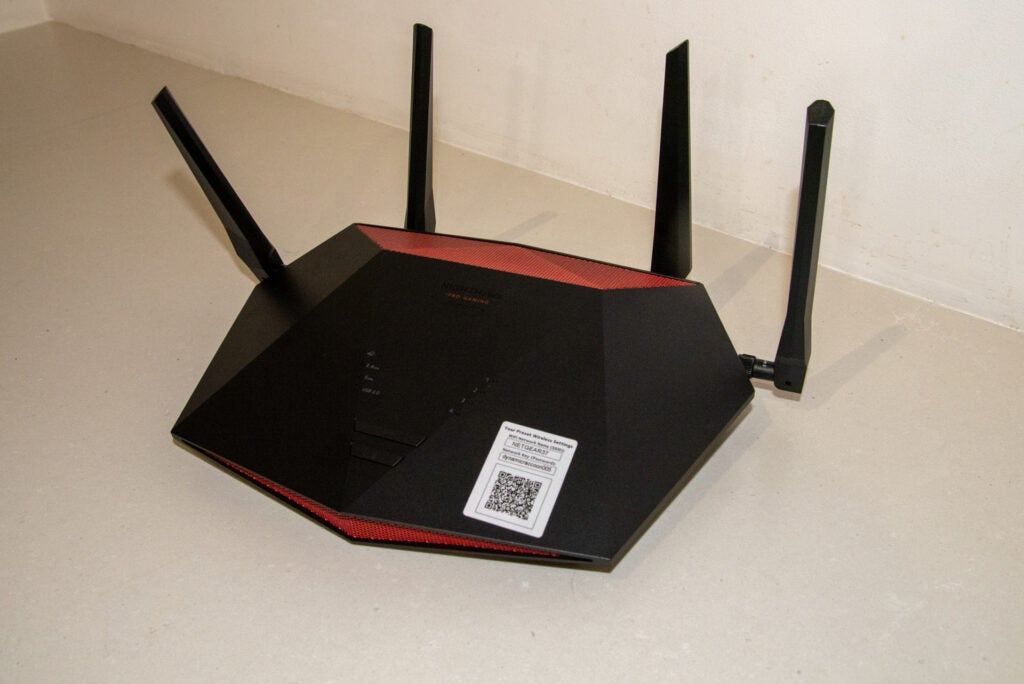 A Wi-Fi connection can be even more important than your PC hardware when it comes to gaming online, so it’s important to buy a great gaming router. Our top recommendation is the Netgear Nighthawk XR1000.

This is a dual-band Wi-Fi 6 standalone router, lacking additional satellites to improve coverage throughout large homes. However, its 5Ghz channel is seriously speedy according to our test results. You can find faster Wi-Fi 6 speeds with the likes of the Netgear Nighthawk AX8, but the XR1000 makes up for that with its operating system.

DumOS 3.0 allows you to make the router prioritise certain devices for bandwidth, whether it’s for a gaming console or smart TV. Even better, its Geo-Filter can locate and connect to the servers with the lowest ping times, ensuring you get the best available response time when playing a game online. We think this feature is so useful to gamers, that it’s worth opting for this router over slightly faster alternatives.

However, this is a pricey router compared to other Netgear-made options, so is only worth investing in if you’re a gamer who frequently plays online. Otherwise, you’re better off boosting coverage with a mesh system, or opting for an even faster Wi-Fi 6 router.

A mesh system – without the mesh

Which router is fastest?

The Netgear Orbi RBKE963 Wi-Fi 6E is the fastest mesh system we’ve tested, while the Netgear Nighthawk AX8 is one of the speediest standalone routers at a short range.

A router can speed up your Wi-Fi and provide you with a consistent wireless performance. Although you will of course still be handicapped by the maximum speed of your internet plan.

What is a mesh system?

A mesh system is essentially just a router that comes bundled with additional satellite devices. Each satellite uses the same wireless network, but improves the coverage of your Wi-Fi. This is a very good option for large homes, ensuring you have a great connection in every room. 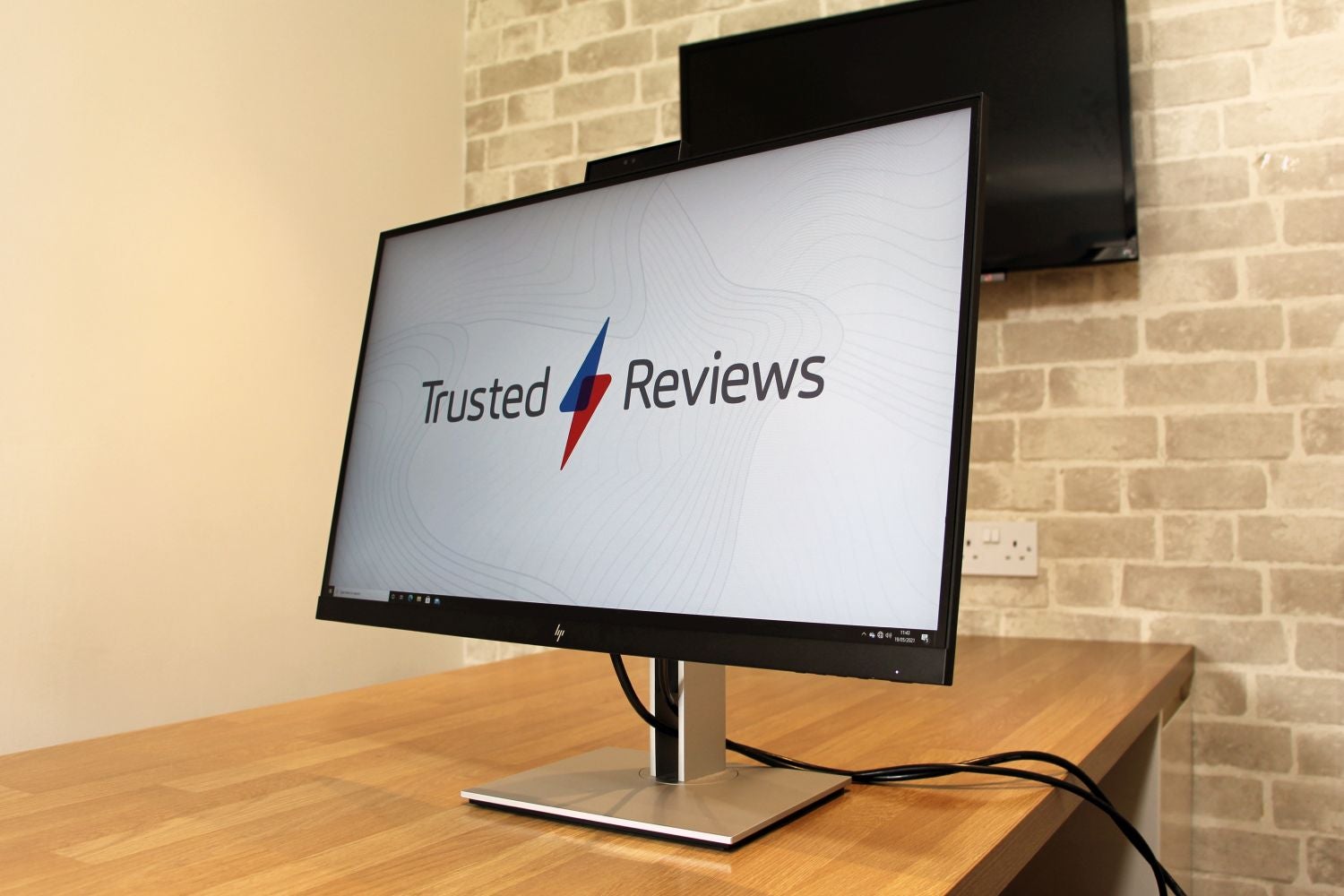 Best 1440p Monitor: Upgrade your workstation with these mid-range monitors

Best Antivirus 2023: The top 5 picks to keep your laptop and PC protected 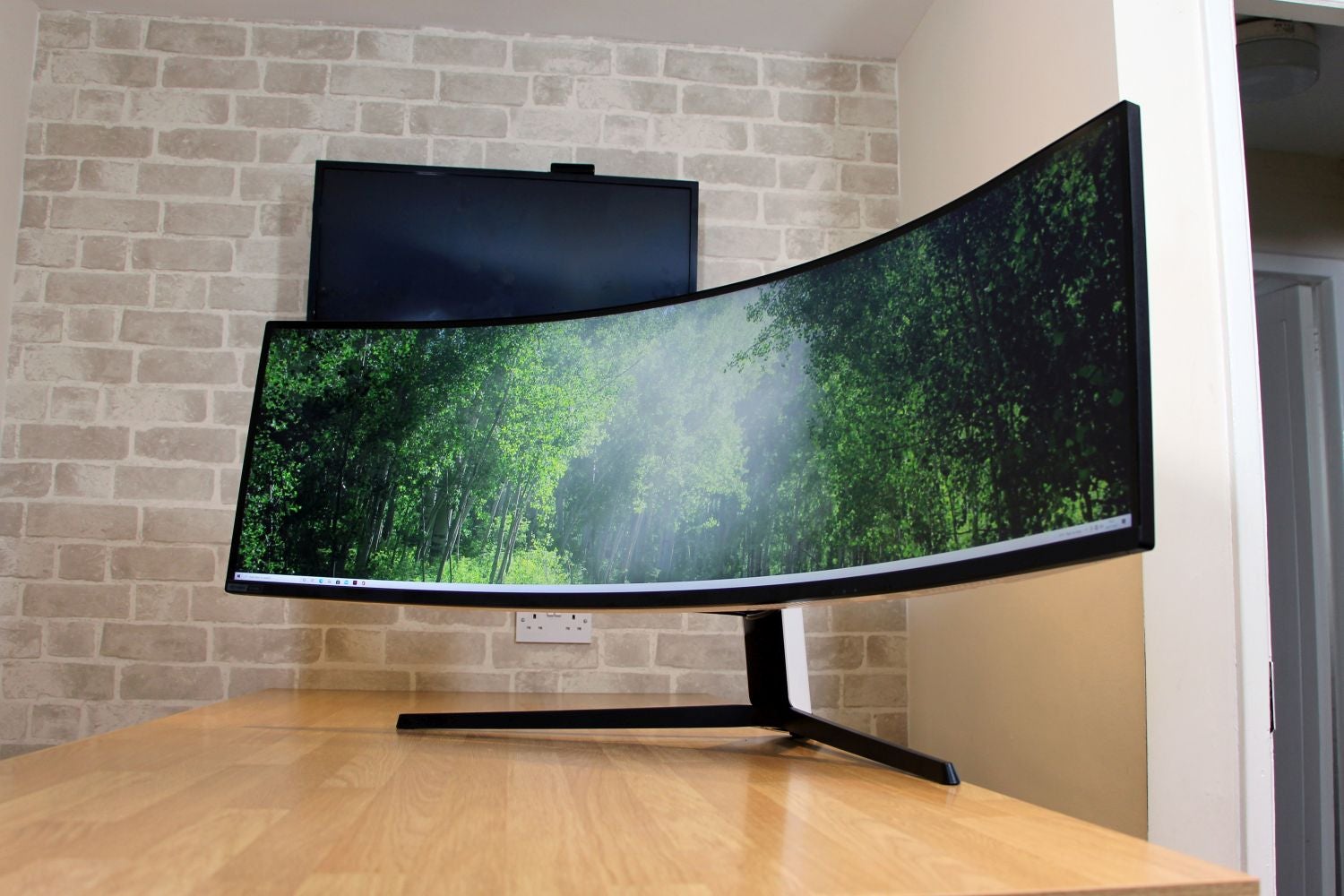 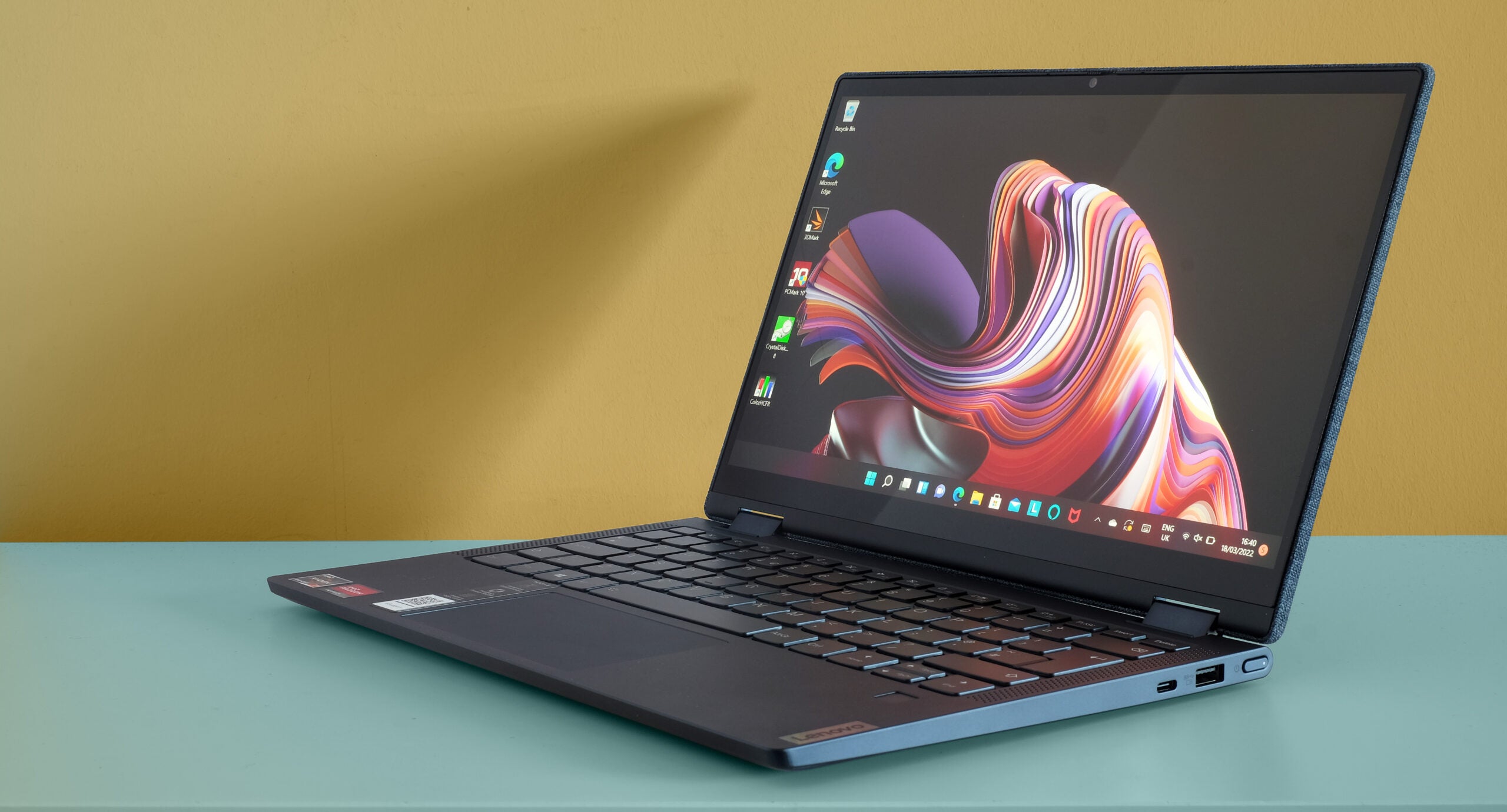 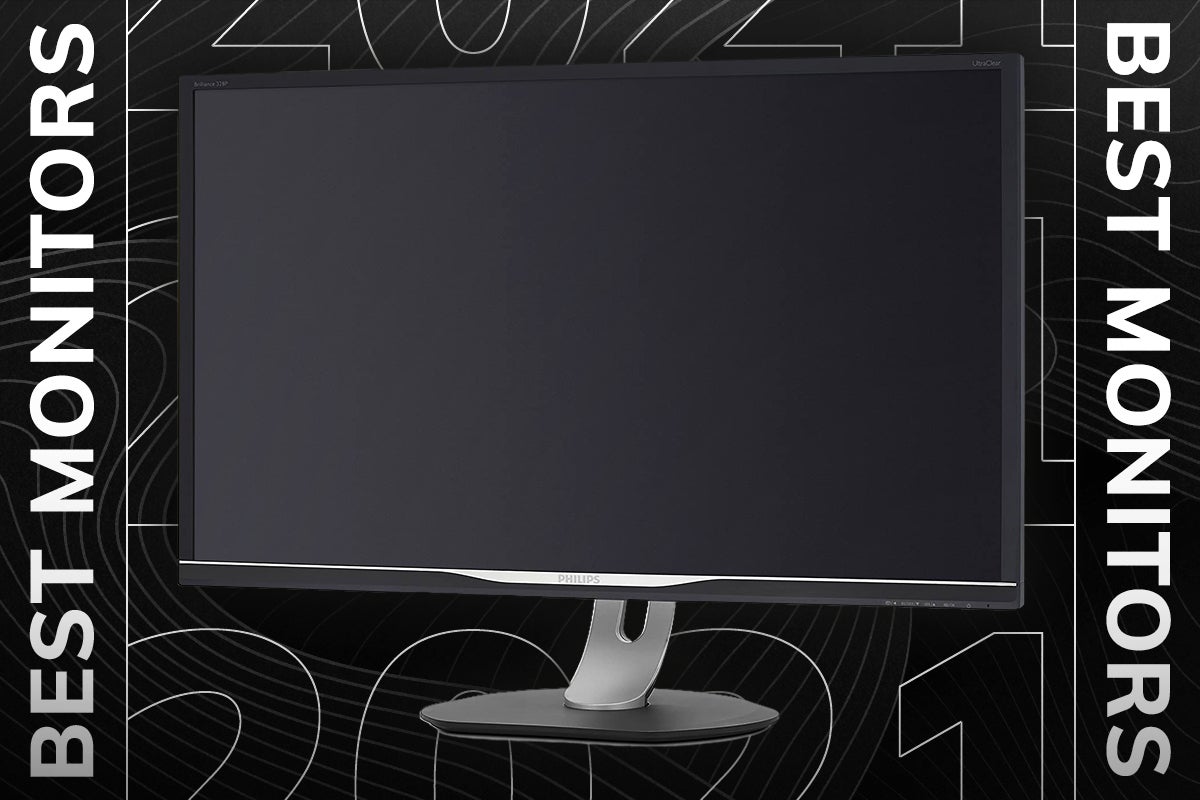 Best Monitor: All the best PC screens for every budget