Windows 10 Mobile had a difficult launch. When the OS first arrived on Microsoft’s Lumia 950 and Lumia 950XL smartphones, it was more than a little buggy and continued to suffer from a shortage of decent consumer applications and services.

Microsoft claimed the app situation would improve in the near future, thanks to a nifty Windows 10 feature called Universal Apps.

Universal Apps are a key part of Microsoft’s ongoing bid to create an all-in-one operating system that runs across all device categories. A Universal App is an application that runs using the same core code on both the desktop and mobile. 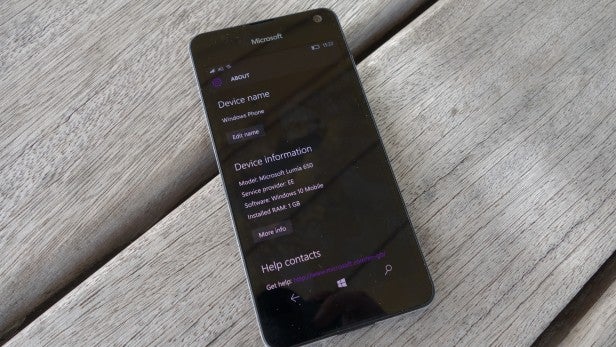 A few big companies – including Facebook and Netflix – have hopped aboard the Universal Apps train, but for now it’s mainly Microsoft services that have actually made the transition.

For consumers this will be an issue. Without Universal App support, Microsoft’s mobile store continues to be woefully understocked compared to that of Android Marshmallow and iOS 9 – believe it or not, Instagram is still in beta on Windows 10 Mobile.

Any consumer currently using Android or iOS will likely struggle to shift to Windows 10 Mobile at the moment.

But for business users and those looking for a BYOD handset, for which the Lumia 650 has been designed, the OS is reasonably good. For starters, key business players such as Salesforce and SAP support Windows 10 Mobile, and following their Universal App upgrade, Microsoft’s own services work great on the Lumia 650.

Sadly, it doesn’t go the whole hog when it comes to security features as it lacks Microsoft’s excellent Windows Hello service. Hello, which is currently in beta, is an iris-scanning technology unique to Windows 10 Mobile. If it were present here, unlocking your phone with just the presence of your eye would be a big boon.

Cortana is also one of the best digital-assistant services on the market, proving to be a serious productivity aid if used correctly.

Cortana is Microsoft’s answer to Apple’s Siri and Google’s Now voice-command services. As well as enacting basic tasks, such as performing web searches and adding events to your calendar, Cortana can also contextually answer questions and take specific actions within apps.

This means you can use her to get directions, estimate travel times and find good eateries in your area in Windows 10’s reworked Maps app.

The Lumia 650 isn’t a powerhouse device, even by affordable smartphone standards. It runs using a fairly piddly Qualcomm Snapdragon 212 CPU and a modest 1GB of RAM.

The specs put it just about on a par with the Desire 530 I reviewed recently, which runs using the previous generation Snapdragon 210 CPU and has 1.5GB of RAM.

I didn’t have high hopes for the Lumia 650 as a result. The Desire 530 is one of the worst-performing smartphones I’ve tested, and the 212 is a very tepid upgrade to the 2010. The only significant change is that it adds a single cluster of ARM Cortex A7s to the mix, which boost the CPU’s clock speed from 1.1GHz to 1.3 GHz. 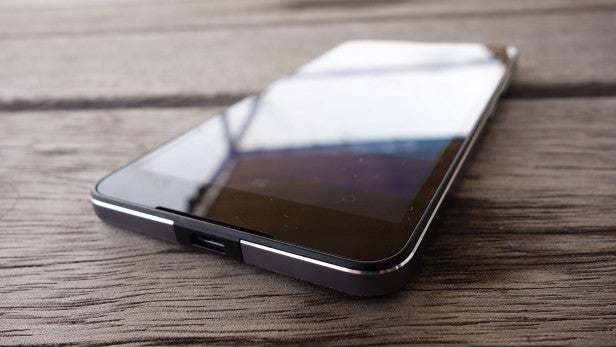 Benchmarking the Lumia 650 on AnTuTu, one of the few testing tools that works on both Android and Windows 10 Mobile, the Microsoft phone ran in with an underwhelming score of 31,419. This puts it barely above the Desire 530, which scored 27,107 on the same test. To put the scores into context, a top-end smartphone such as the Galaxy S7 will generally score 120,000-plus on AnTuTu.

The phone’s real-world performance matched its benchmark score. For much of the time, the Lumia 650 ran fairly smoothly. But those accustomed to even moderately more expensive handsets such as the OnePlus X or Honor 5X will notice that applications take longer than normal to open.

The phone also suffers from a few bugs and, on occasion, will chug even when carrying out basic tasks such as scrolling through menus. The Lumia 650 also struggles with 3D gaming.

The low-end hardware also means you won’t be able to take advantage of Windows 10’s Continuum feature. Continuum is a cool feature that lets you turn certain Lumia smartphones into a functioning desktop PC using Microsoft’s Display Dock – which currently retails for £70 on the Microsoft Store.