What is the Honor 5X?

The Honor 5X is yet another affordable handset from Huawei’s spin-off brand, Honor. Like its predecessor, the Honor 7, the 5X aims to pull the same trick as the OnePlus 2 and offer smartphone buyers top-end specifications at rock-bottom prices.

On paper it achieves this aim, featuring a premium-looking metal chassis, robust processor and sharp screen. But with the phone once again running Huawei’s less than stellar Emotion UI, can the Honor 5X deliver on its promise?

Video: TrustedReviews explains how to pick your next smartphone

Honor claims the 5X’s design is “inspired” by the Guggenheim Museum in Spain. I’m really not sure what inspiration they took or what they meant by this. After over a week with the device I still can’t see the resemblance.

From a distance the phone looks fairly similar to its predecessor, the Honor 7, which isn’t necessarily a bad thing. The Honor 5X’s chassis is primarily aluminium. I have to applaud Honor’s decision to use metal on an affordable handset, and the chassis has a noticeably more premium feel than most competing affordable, including the Moto G.

However, the Honor 5X’s premium allure is let down by its plastic top and bottom edges. The edges are designed to look like metal and have a textured finish so you won’t notice them from a distance. But up close they look like they’ve been awkwardly bolted on and break the illusion that the Honor 5X is a top-end phone. 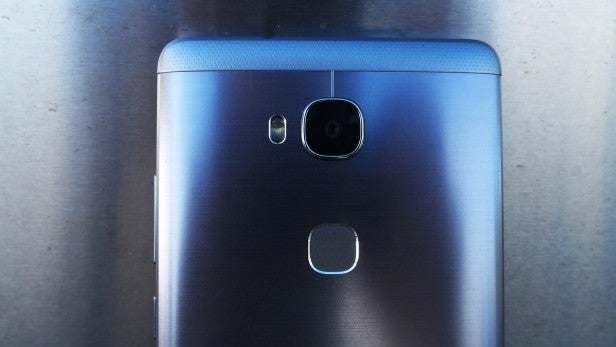 Outside of this, the Honor 5X’s design is impressive and features a few novel additions that differentiate it from most competing affordable smartphones.

The inclusion of a fingerprint scanner is a massive positive. Fingerprint scanners are all the rage at the moment at the upper end of the smartphone market but, prior to the Honor 5X, they hadn’t appeared at the lower end. The scanner sits on the back of the phone, like it does on the Nexus 5X and Nexus 6P, which in my mind is the ideal place for it. The Honor 5X’s 151 x 76 x 8.2mm dimensions mean the scanner neatly sits exactly where my index finger naturally falls when holding the phone one-handed.

At a basic level the Honor 5X’s fingerprint scanner offers the same functionality as most smartphones’ and lets you set the Honor 5X to only unlock or approve certain actions once its user has proven their identity.

However, Honor’s loaded a few extra functions onto the scanner to make it more useful. For example, once unlocked, a swipe down on the rear scanner pulls down Android’s notification bar, while a swipe left or right in the photo app lets you scroll through captured images. This sounds small, but after a few hours I found myself using the scanner by default for basic tasks.

You can also assign different applications to each of your fingers. Once registered, the apps will launch when you use the paired finger to unlock the Honor 5X. This sounds great, but the placement of the scanner made taking advantage of the feature a little tricky, as using anything but my index finger required me to hold the phone at an odd angle and awkwardly stretch to reach the scanner.

I’m also oddly intrigued by the Honor 5X’s dual-SIM setup. Unlike most dual-SIM phones, the Honor 5X has both Nano and Micro SIM slots – meaning that if you’re still using the older Micro type, as many budget phone users will be, you won’t have to get a new SIM.

People used to top-end smartphones, where QHD is the new black, may be a little disappointed with the Honor 5X’s 5.5-inch IPS screen. But by budget phone standards it’s pretty darn good. 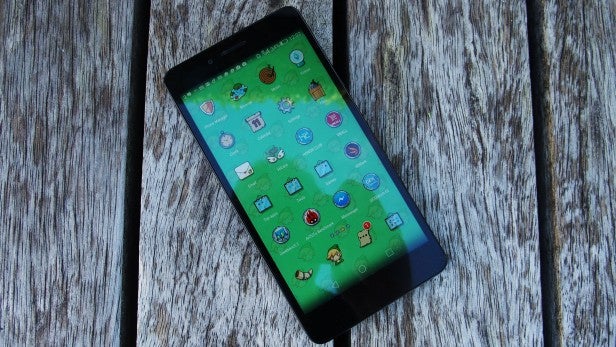 Blacks aren’t quite as deep as those seen on competing AMOLED displays, like the one on the OnePlus X, but this is a minor issue that’s true of all IPS screens.

The only slight issue I noticed is that the Honor 5X’s brightness levels aren’t quite as high as I’d like. In most situations this isn’t an issue, but it does mean the phone will become difficult to use when hit with direct sunlight.

The Honor 5X runs using the previous generation Android 5.1 Lollipop operating system. Given how awesome the newer Android 6.0 Marshmallow version is, the use of Lollipop is a little sad, especially as Honor hasn’t confirmed when or if an upgrade will happen.

Given how new Marshmallow is, and its lack of an appearance on other affordable handsets, I could forgive its absence were it not for the reappearance of Huawei’s dire Emotion UI (EMUI) skin.

The Honor 5X runs the same EMUI 3.1 skin I tested on the Honor 7. I’ve never been a big fan of Android skins since Android Ice Cream Sandwich – where Google really hit its stride sorting out its mobile OS’s user interface.

Skins these days generally detract from Android’s user experience by making needless UI changes and adding unwanted bloatware. They also inevitably delay how quickly devices can be updated to new versions of Android.

Today, EMUI is one of the worst offending skins on both fronts. Putting aside the fact that most phones running EMUI don’t ever get updated to new Android versions, the skin is a Frankenstein’s monster. EMUI reworks Android’s user interface to be more like iOS. This would be fine if it brought some of iOS’s finer features to Android, but in reality it actually melds the worst parts of both operating systems together. 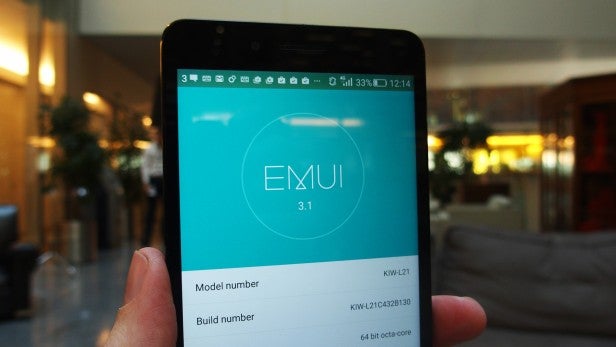 One of the biggest annoyances is the removal of Android’s app tray. The removal of the tray means that, as with iOS, all installed applications will appear on the phone’s home screens. This would be fine were it not for the sea of bloatware Honor’s chosen to install on the phone. The bloatware infestation means the phone’s user interface is cluttered from the moment you first power up the device. It also means that, out of the box, over 6GB of the Honor 5X’s piddly 16GB of storage is already full.

The Themes section adds another layer of complexity to EMUI. The Themes app lets you customise the phone’s overall look. Each theme brings a new set of application shortcuts, custom graphics and a bespoke wallpaper. People are also free to create and load their own theme onto the store, which adds a further layer of customisation. I personally went for the “elf swordsman” theme, which is basically a rip-off of Nintendo’s Zelda series.

I personally think the themes make EMUI even more confusing to use, but can see them being a selling point for younger buyers who want to personalise their phone.

Being fair to Honor, there are a couple of EMUI feaures I do find useful. The best of these are the phone’s motion-control features. Motion features can be turned on in the phone’s settings menu and help streamline the way you interact with the 5X. The motion controls let you do things like flip the phone to mute it, tilt the screen to move app icons, and answer incoming calls by holding the handset next to your ear.