Review Update: As of January 28, 2016 the OnePlus X is available invite-free. Regular consumers can now get their hands on OnePlus’ first mid-range smartphone without needing an invite. OnePlus has always used the invite system for its previous handsets on release, with the OnePlus One and OnePlus 2 eventually being made invite-free.

The OnePlus X was made invite-free 92 days after its release, marking the shortest switch to regular retail for one of the firm’s handsets. The OnePlus One took 362 days to go invite-free, while the OnePlus 2 took 130.

The OnePlus X is yet to receive an update to Google’s latest Android Marshmallow operating system, which launched alongside the Google Nexus 6P and Google Nexus 5X in 2015. It has however received a smaller update to OnePlus Oxygen OS Android Skin. The update fixes a handful of the bugs and performance judders mentioned in the full review.

OnePlus confirmed via a post on the company’s forums, that an Android Marshmallow update will be released for its OnePlus 2 and OnePlus One in Q1 2016. However, no time-frame was given for a OnePlus X rollout.

What is the OnePlus X?

With a track record for making stellar handsets at incredibly low prices, OnePlus is one of the hottest smartphone makers at the moment. With the OnePlus X, the company continues this legacy, providing consumers with a genuinely impressive mid-range handset.

At £200, the OnePlus X is only £40 cheaper than the company’s flagship OnePlus 2, which comes with a big bump in hardware. This has led some to question whether we need the slightly cheaper OnePlus X at all. Thankfully, using the phone proves why such scepticism isn’t really warranted. OnePlus has really done a fantastic job with its first mid-range handset.

OnePlus made a big deal about the OnePlus X’s design, claiming it to be the first “truly premium affordable smartphone” at its London launch. The OnePlus X is available in two variants: Onyx and Ceramic. The Ceramic version is the more premium of the two, made using a laborious crafting process that OnePlus claims takes 25 days.

The process begins with a zirconia mould that’s fire-baked up to 1,482oC for more than 28 hours. It’s then cooled for two days before going through a rigorous “polishing process”.

The OnePlus X Onyx retails at £199, while the OnePlus X Ceramic costs £269. If you want to get your hands on the Ceramic version, you’ll have a battle on your hands. The company is making a meagre 10,000 Ceramic units and will continue running a strict invite-only sales model until stocks run dry.

It will be much easier to get your mitts on the Onyx. OnePlus has confirmed plans to ditch its Willy Wonka golden ticket purchase model – which allows only those with an invite to buy – one month after the phone’s launch. Thereafter, the company will hold weekly flash sales where anyone will be able to purchase the phone. 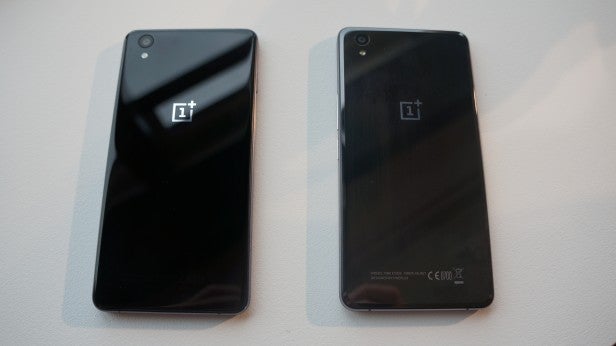 Having spent a few hours with the Ceramic model, I’d say there’s little reason to shell out the extra cash for it. It features identical internal specifications to the Onyx, with the only major difference being that the Ceramic version has slightly more rounded sides and is 22g heavier than the Onyx.

The Onyx version is fairly well built and has a radically different feel to past OnePlus phones I’ve reviewed. Unlike the OnePlus 2, which features a velcro-like finish to the backplate, the Onyx OnePlus X has a non-removable, smooth finish. The cut-glass backplate is housed in an anodized metal frame. This combination makes for a phone that feels noticeably more expensive than it is.

The metal frame has a unique grooved finish that makes the handset comfortable to hold. It also hits the same sweet spot as the Nexus 5X, measuring a small-hand-friendly 140 x 69 x 6.9mm.

The OnePlus X’s comfy feel is further aided by its intelligent button placement. The phone’s power and volume buttons sit on the OnePlus X’s right, while a custom “alert slider” can be found on its left.

The alert slider is a novel design feature that lets you quickly set the phone to silent, priority or tell-me-everything modes. The modes control which notifications the phone will push and alert you about.

I found the slider to be a seriously useful feature, which made it quick and easy to set my phone to silent. I regularly used it when going into meetings or into the cinema.

OnePlus has also loaded the X with a microSD card, which will enable users to bump up the phone’s built-in 16GB of memory to 128GB.

So far, so positive – but I do have a couple of issues with the OnePlus X design.

The glass back looks great out of the box, but is a magnet for fingerprints and smudges. Within two seconds of picking it up, the phone looked grubby. 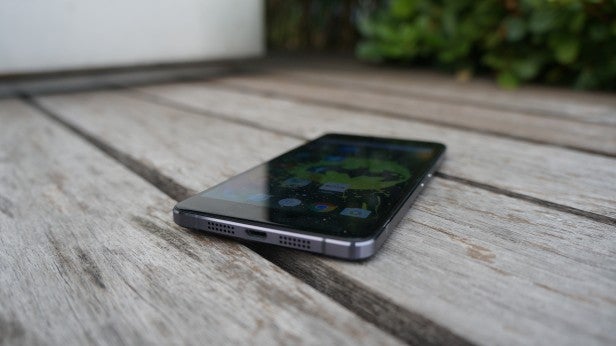 I’m also slightly disappointed to discover a micro-USB, as opposed to a USB C, port along the bottom edge of the phone.

USB C is a new connector technology designed to replace the older micro-USB standard. It offers a number of technical advantages, including faster data transfer speeds. It appeared on the OnePlus 2, and I’m a little sad to see it absent on the OnePlus X.

Neither of these issues are deal-breakers, but they’re slight annoyances that may put off some buyers.

The OnePlus 2 is a great smartphone, but I felt its 5.5-inch LCD, IPS, LTPS screen could be better. Sure it’s sharp and offers decent blacks, but the entire display lacks any real pop, and colours can on occasion look washed out compared to more expensive handsets such as the Samsung Galaxy S6.

Which is why I was initially happy to see that OnePlus has switched to using AMOLED screen tech on the OnePlus X.

AMOLED technology enables the display to produce deeper and richer blacks. It does this by electrically charging each individual pixel to generate colours, meaning all the screen has to do is stop charging them to create blacks. The deeper blacks in turn make colours pop and improve the screen’s overall performance, making it look more dynamic. 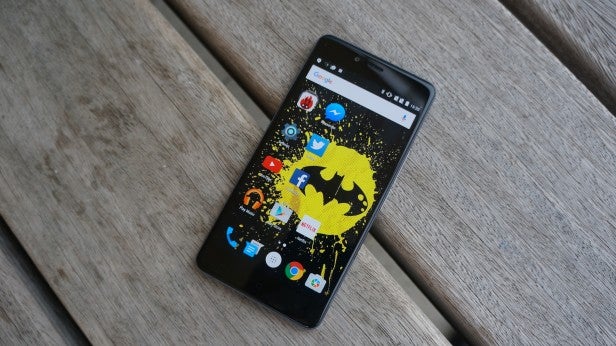 I’m not completely sold on the screen’s colours, though. AMOLED screens have a tendency to produce oversaturated colours – remember the 2015 Nexus 6? Sadly, this is the case with the OnePlus X.

Some will like the extra pop of the colours on the screen, but I’d have preferred the OnePlus X to have a slightly cooler display.