The Fire TV Stick with Alexa remote is another fine streaming player from Amazon. The addition of HDR is worth having, as is Atmos, but you’ll need the necessary equipment to take advantage of it. Considering the price there isn’t a huge amount to quibble over, but having three Fire TV Sticks does feel like Amazon has rather complicated the pudding.

Amazon’s Fire TV Stick (2020) is one of the online giant’s latest streaming players, adding HDR and Dolby Atmos support to its feature set.

The Fire TV range has been infiltrating living rooms since 2014, and in 2020 Amazon released three new Fire TV Sticks with a new UI, marking the biggest refresh of the streaming range in years.

Unlike Amazon’s latest Echo smart speaker range or the Chromecast with Google TV dongle, Amazon hasn’t ‘re-imagined’ the look of the Fire TV. It’s virtually the same as before.

This isn’t a surprise given it lives behind a TV. It’s still chunky for something so small, and its girth can make it tricky to plug in alongside other ports. Nevertheless, Amazon still includes a HDMI extender to ease it out of any potential trouble.

While it can draw power from the TV’s USB port, there’s a dedicated power adapter that works as well, if not better. I wouldn’t even bother plugging into a TV unless you lack an extension cable or the mains is out of reach.

Little, if anything, has changed with the Alexa remote. There’s a circular D-pad, volume controls, playback buttons and, of course, the Alexa voice button. The difference between this remote and the one that ships with the Fire TV Lite is that this version can also control your TV. The remote works as it always has, which is very well.

There is a newer version of the Fire TV Stick (the 2021 version), and this one has a redesigned Alexa button and shortcuts to streaming services such as Disney+ and Netflix.

Amazon calls its all-new Fire TV Experience its biggest overhaul yet. Is it better? I’d say in some ways it’s a big upgrade over the older interface, which was simple, but simple in the sense of being rather basic.

The Home screen is less a series of blocks and more a series of rows (if that’s any different). Visually, it’s a bit sleeker, although the refresh means ads occupy a more prominent space towards the top. The menu that used to be at the top has been brought down to leave the main carousel unobstructed. It’s a change that produces a cleaner look. 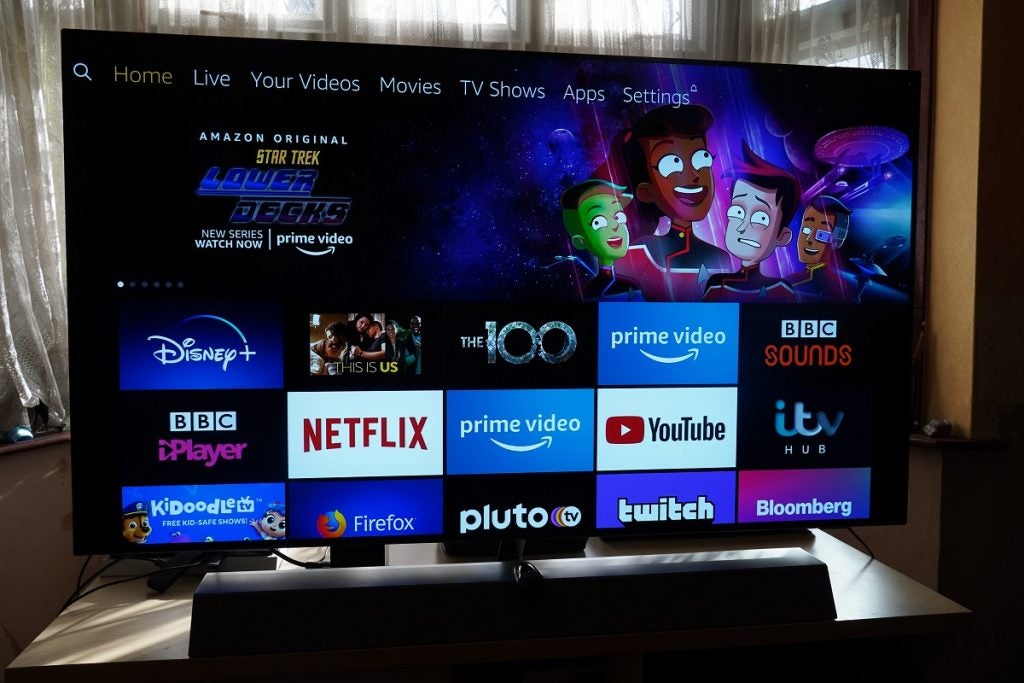 ‘Your Videos’ (aka your Prime Video watchlist) is now ‘Library’, and the search tool has been replaced by ‘Find’, which provides a better breakdown of categories and genres to search in.

Next is the ‘Live’ tab, which functions as a sort of an alternative Freeview Play. There’s access to Paramount Network, Red Bull Channel and the suite of Channel 5 apps (My5, 5USA, 5Star). iPlayer, All4 and ITV Hub apps are present but not part of the EPG (Electronic Programme Guide). Selection of content is tempered by the fact it’s free.

Then there’s a row that offers quick access to your favourite apps, the order of which can be re-jigged or apps removed in the icon that’s a group of squares with a ‘+’ sign (the icon was previously an ellipsis at launch). That’s followed by Settings, which offers a more comprehensive overview of everything Fire TV.

In terms of the big apps, the question is what isn’t available? There’s Netflix, Apple TV+, Disney+, Now and YouTube for video, with Plex, Just Watch and Curzon and the main UK catch-up apps as more options. For sports there’s BT Sport, UFC, NFL, Eurosport, Box Nation and WWE.

You could quibble over the amount of Prime Video content showcased – but it’s called the Amazon Fire TV Stick, not the Everything Fire TV Stick. Could there be more of a nudge to other apps? Yes, and while there are rows of recommended content from Netflix and iPlayer, you can understand the reasons Amazon wouldn’t want to be too generous. I can’t see that changing following its purchase of MGM Studios.

Other UI flourishes include video and audio autoplay (this can be turned off), a fairly speedy interface (there’s a slight lag when the device wakes) and Alexa. She’s responsive, understands your mumbles and is for the most part pretty informative. Amazon wants to drive use of Alexa over the circular D-pad, and there are times where it’s much simpler to ask her instead of clicking through the menus.

As our Fire TV Lite review pointed out, picture and sound will largely be determined by your AV equipment. So while the addition of HDR is good, the emphasis will be on what your TV (and Wi-Fi connection) can make of the content that the Fire TV supplies.

At best you’ll get HDR10+ from a compatible TV (HDR10 and HLG are also supported). If you’re using this stick to watch Apple TV+, Disney+ or Netflix, then Dolby Vision HDR is off the table.

And despite Amazon mentioning HLG compatibility, HDR on iPlayer wasn’t recognised at all with any TV (and believe me, I’ve tried plenty). I’d imagine it’s the same issue the Roku Streambar has in that the BBC doesn’t support UHD HDR (yet) on the device.

Despite that, the effect of HDR is transformative across all apps where HDR is present when tested on a 2019 Samsung QLED and a Philips OLED.

Watching WandaVision (Now in Colour and All-New Halloween Spooktacular!), and the reds of Wanda’s Sokovian costume are better defined. Colours appear more true, detail is revealed better (just look at the brickwork on the house in the background), while there’s more detail to be found in the darkest parts. 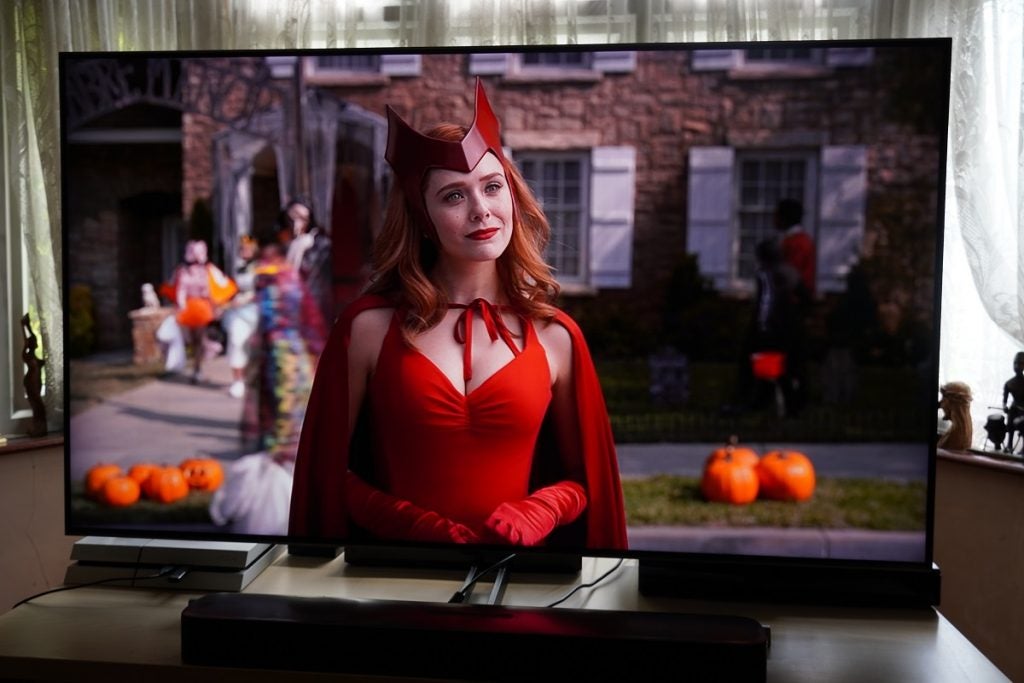 Contrast shows up better, and highlights (the brightest part of the image) are more noticeable. Skin tones are more rounded and expressive, and the warm filter on Disney+ HDR content helps with this, too. Black levels are a tad better realised in an episode of Daredevil on Netflix, and colour reproduction is more precise.

Trying on Apple TV+ is an example of a more drastic change. Without HDR, light sources are harsher and the image looks less expressive. With it, there’s more detail in the darkest parts of the image; skin tones are more accurate and the overall look is richer. 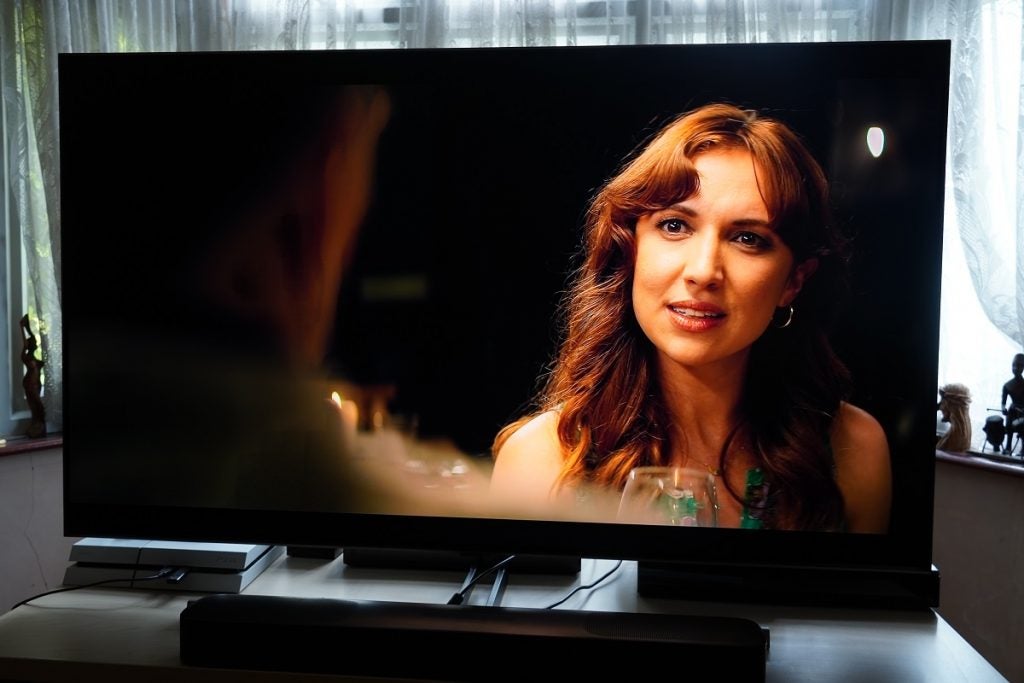 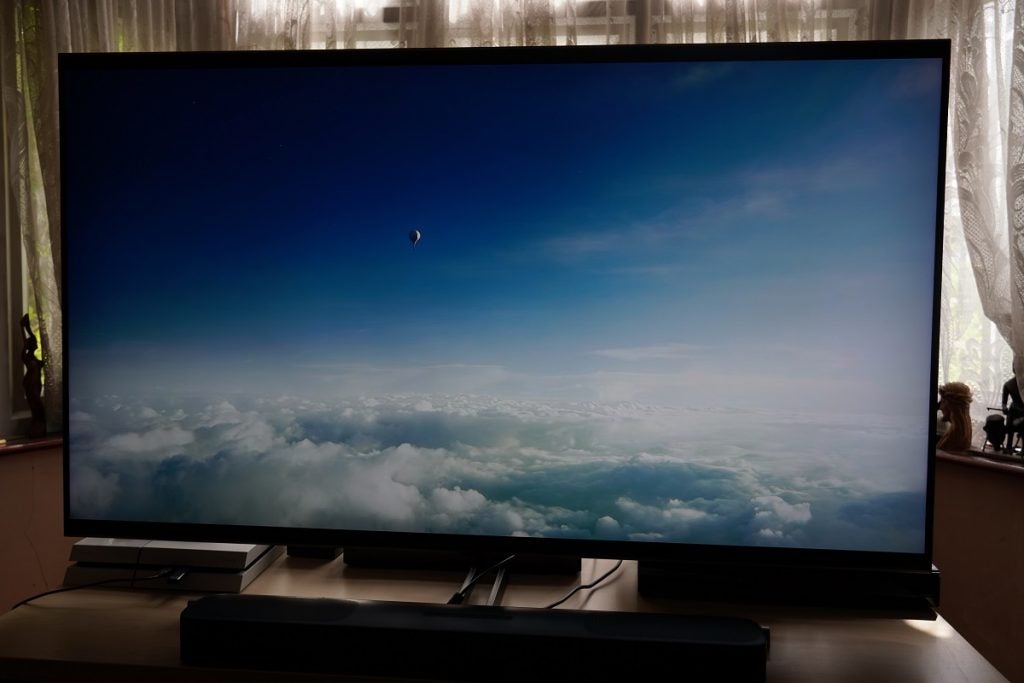 Compared to a Fire TV Cube, the scene in War of the Worlds (Prime Video) with the lightning flashes is less intense in its description on the Fire TV Stick. In both The Mitchells vs the Machines (Netflix) and World War I film 1917 (Prime), the Cube has a smidgen more presence and, to my ears, a fraction more detail over the Fire TV Stick.

When it comes to music, I’d say the Fire TV Stick elicits a better performance. Playing Jorja Smith’s Addicted on Spotify, the bass in the track is more pronounced; her vocals have a bit more presence, where on the Cube they sound more restrained. The presentation is bigger and a bit more livelier, too.

The addition of HDR to the Fire TV Stick can be looked as a positive as well as something that has muddied the waters. The previous model was a good addition to TVs that had few native apps. By including HDR, this Fire TV Stick has rather outgrown the budget TV market, since HDR on cheaper sets isn’t as effective as on mid-range sets and above.

If you want an efficient, accessible streaming stick The new UI is a genuine upgrade over the previous overlay, with its slicker look and added customisation. And it does help in finding content you like, as well as discovering new films and shows easier than before.

If you’re after 4K: With a resolution limited to 1080p HDR, if you’re after 4K then there are some handy alternatives for around the same price. If you’re not a Prime Video subscriber, then this stick won’t hold as much appeal either.

The Fire TV Stick with Alexa remote is another fine streaming player from Amazon. The addition of HDR is worth having, as is Atmos, but you’ll need the necessary equipment to take advantage of it. Considering the price there isn’t a huge amount to quibble over, but having three Fire TV Sticks does feel like Amazon has rather complicated the pudding.

Yes, you can as the app is available, However, this version of the Fire TV Stick doesn’t appear to support HLG HDR that iPlayer supports.

Yes, this Fire TV Stick comes with the latest interface.