Dolby Vision is aiming to make HDR (high dynamic range) technology better. We delve behind the HDR imaging tech to see if your next TV or smartphone ought to have Dolby Vision.

HDR (high dynamic range) gets about as close to the classic “good cop, bad cop” routine as any AV technology ever will.

On one hand, it does more to improve picture quality than arguably any TV picture innovation since the development of colour. But on the other hand, the array of HDR formats and wide variances in how HDR looks on different TVs have made it one of the more complex and frustrating technologies currently out there.

Dolby Vision offers something of an answer to the HDR conundrum. Out of all the HDR formats it is, on paper at least, trying hard to deliver a more uniform, more consistently impressive HDR performance across supported devices.

Dolby Vision is a variant of HDR and as such, it adds a layer of dynamic metadata to the core HDR signal. This dynamic metadata carries scene-by-scene (or in some cases frame-by-frame) instructions from content creators on how a TV should present the images it’s receiving. That improves everything from brightness to contrast, detailing and colour reproduction. 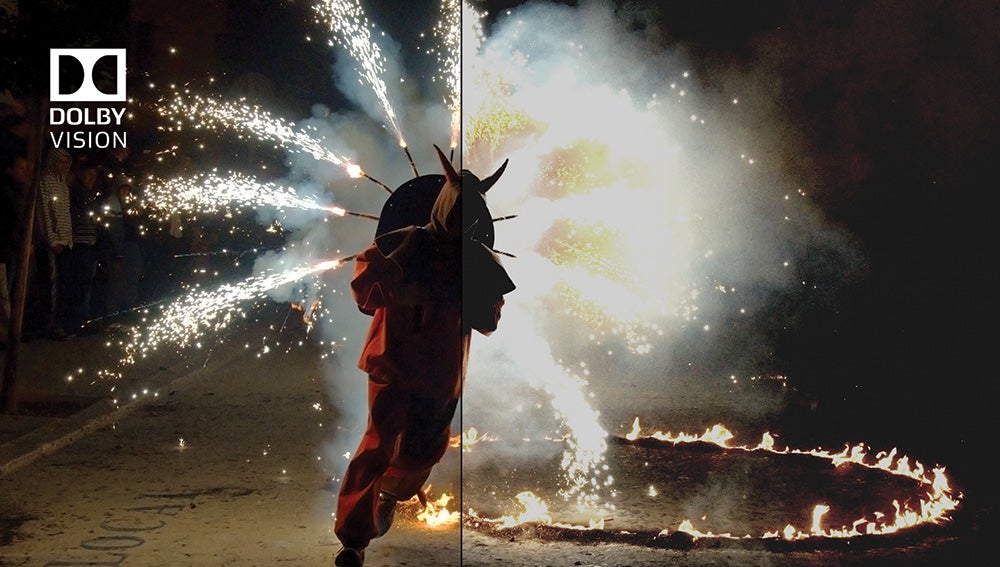 The result is a more immersive experience, as you take in the HDR image as a whole, rather than focusing on stand-out peaks. 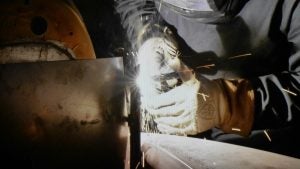 Without Dolby Vision: Colours are muted and the focal point of the welding torch is blown out 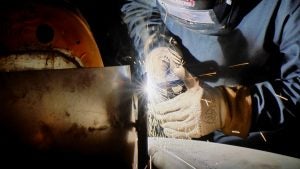 With Dolby Vision: Colours are richer and the sparks from the torch are brighter and better defined

Unlike HDR10 – which is free for content creators to license – those wishing to use Vision have to pay a licensing fee to Dolby. Most manufacturers seem willing to do this, while there’s one sizeable holdout. 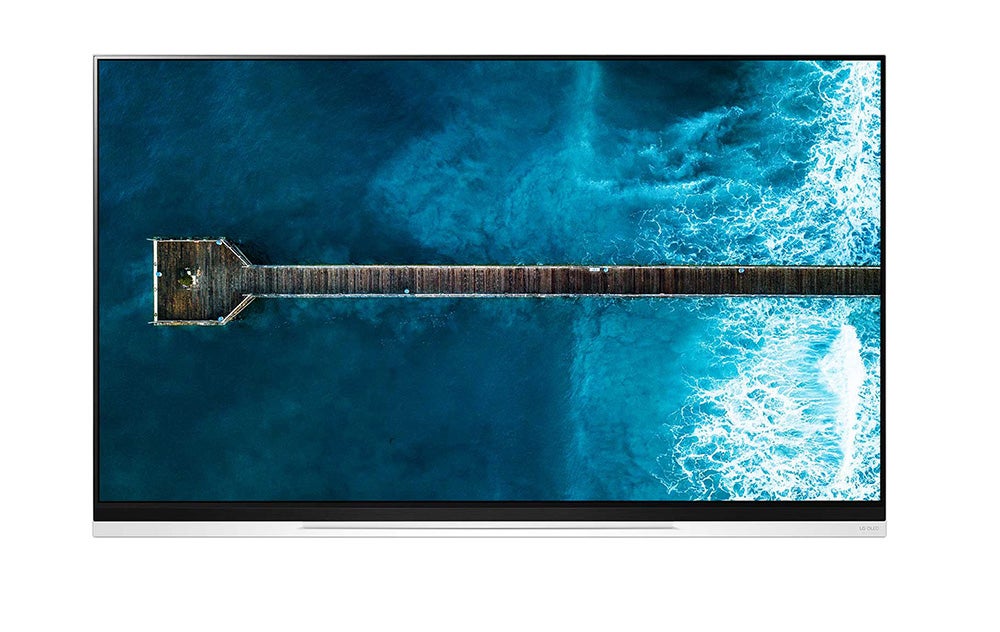 In the Yes column for Dolby Vision where TVs are concerned, LG and Sony are firmly behind the technology with their premium offerings. Panasonic and Philips have adopted it across a significant range of their high-end to mid-range TVs, expanding the reach of the HDR format.

Apple is also on board with the Apple TV 4K, alongside the iPhone 8, iPhone XR and the iPhone X.

Samsung has pushed out its own dynamic metadata solution in HDR10+. Seen as the upstart in its early beginnings, it is gaining some traction within the industry.

Like HDR10, HDR10+ is free to license and features supporters in the form of Amazon Prime Video, Philips, Panasonic and several Hollywood studios. Needless to say, Samsung employs it across its products including its QLED TVs and Galaxy smartphones, but it still lags behind the adoption of Dolby Vision on devices.

Smartphones have jumped aboard the HDR train and there are a number of phones that now support the imaging format, so now you can now get vivid HDR images on the go.

Here, Dolby Vision works in a similar way as it does on TVs. It’s more adaptable on mobile devices, adjusting to support the performance of the display – expect colours to be richer and more vivid, with deeper blacks and better brightness.

LG’s G6 was the first smartphone to adopt Dolby Vision, and Apple is fully on board, with its Apple iPhone 8, XR and X supported.

Dolby Vision is superior to HDR10, but why?

The main differences are that Dolby Vision masters of movies are done at 12 bits, rather than HDR10’s 10 bits. Also, peak brightness can go – in theory, at least – right up to 10,000 lumens. In reality, most Dolby Vision masters seem to be targeting 4000 nits – which remains a very big step up from the 1000 nits that HDR10 masters work to. 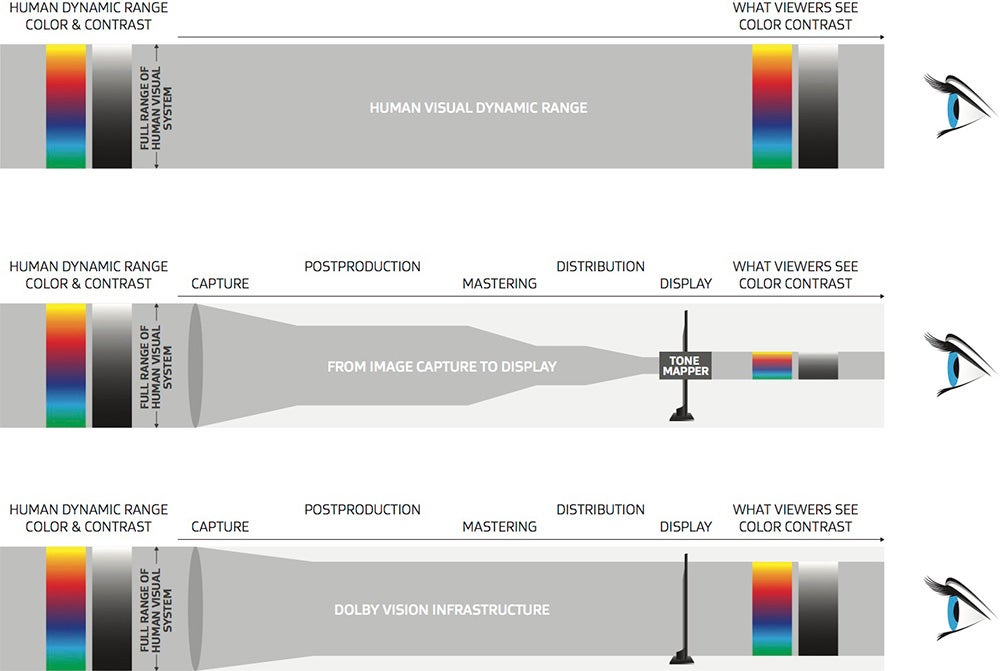 But most significant is how Dolby Vision uses frame-by-frame metadata to manage HDR performance. This helps to deliver the best results as it adapts the source material to the performance of your TV.

This is why Dolby Vision requires the extra hardware, and ultimately why HDR10 and Ultra HD Premium are likely to be the more prevalent standards. But the Dolby argument is that this hardware will deliver better picture quality, and we agree.

And, in case you are concerned, anything that supports Dolby Vision supports HDR10 by default – this just doesn’t work in reverse.

Should your next TV support Dolby Vision?

This is a tricky one. Dolby Vision does, from all the evidence so far, deliver a superior viewing performance to standard HDR10.

So as more Dolby Vision content turns up we can certainly imagine some, maybe many, AV fans only wanting to buy gear that supports it.

That said, it’s possible to buy TVs from the likes of Samsung and Panasonic that deliver excellent quality from HDR10/HDR10+ alongside some unique picture features – such as extreme colour volumes and ambient light management in Samsung’s QLED case, and Hollywood-tuned video processing in Panasonic’s OLED case.

Panasonic and Philips have taken the plunge and supported all HDR formats across a number of TVs in their ranges, which is a welcome change that should make choosing between the two less of a challenge.

At this point it’s too early to say which format will win out and become more prevalent in the industry. That said, if your TV or smartphone supports Dolby Vision, take it as a good thing.