There’s a very good reason why the BBC, Sky and BT to name but three broadcasters haven’t rushed to compete with UHD HDR services from Netflix and Amazon. But Hybrid Log-Gamma will soon change all that…

If you’ve been looking to buy a new TV, you’ll have no doubt been on a crash course of techy acronyms – UHD (Ultra High Definition), HDR (High Dynamic Range), WCG (Wide Colour Gamut) and HFR (High Frame Rate). These terms are fast becoming more commonplace, even if some of the technologies aren’t really ready for prime time (we’re looking at you, HFR). The good thing about all of these labels is that they’re relatively self-explanatory. No PhD required.

But there’s a new acronym a’coming – and it’s deliciously incomprehensible. Hybrid Log-Gamma (or HLG, as the cool kids call it) is on the verge of becoming incredibly important. It essentially opens the door to broadcast HDR. But how does it differ from the HDR we can currently enjoy through streaming services or get from UHD Blu-ray – and is that TV you’re about to buy (or have just taken home) already redundant if it doesn’t already support it?

Hybrid Log-Gamma: What is it and why do we need it?

Hybrid Log-Gamma is different to existing HDR technologies in a number of cool ways.

It’s been jointly developed by the BBC and Japanese state broadcaster NHK, and sets out to resolve the conundrum of how broadcast UHD TV services with HDR can be made backwards compatible with regular HD TVs.

Lack of any backwards compatibility is a major stumbling block for TV companies. Without it they would need to simulcast channels or programmes, and that has huge cost implications, both from a studio workflow point of view and for bandwidth. Even better, it allows much of the existing production ecosystem for SDR TV to be used for HDR production. It also provides a way to broadcast live HDR – universally seen as a vital viewing upgrade for sports coverage.

The “hybrid” part of Hybrid Log-Gamma refers to the fact that HLG doesn’t reinvent the wheel. It adapts traditional picture-making techniques which have been a part of TV image lore since the early days of the CRT TV, slapping a bit of new take-it-or-leave-it information on top – the so-called Log file. Consequently, HLG HDR signals are inherently backwards compatible with all standard dynamic range TVs. 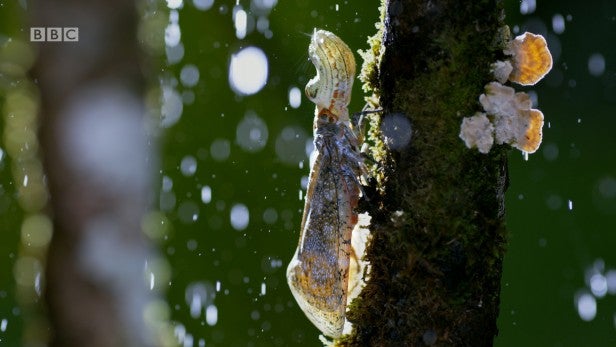 Hybrid Log-Gamma: How does it differ from HDR10 and Dolby Vision?

HDR already comes in multiple flavours. HDR 10 is the standard for pre-produced content; it’s used on UHD Blu-ray and by streaming services such as Netflix and Amazon. HDR 10 uses what’s known as “static metadata” to relay the HDR information to a compatible display. It’s guide to what’s about to be received, as it were. Dolby Vision is a proprietary alternative that uses frame-by-frame dynamic metadata, which means there’s signal information in every frame, for supposedly greater picture accuracy.

But both HDR systems still rely on metadata, and that doesn’t work for TV transmissions and, in particular, live broadcasts. It only suits pre-produced content. For example, HDR 10 contains Maximum Content Light Level and Maximum Frame Average Light Level as part of the mastering metadata information, neither of which exist in a live context, as there isn’t any, because, well, it’s live. 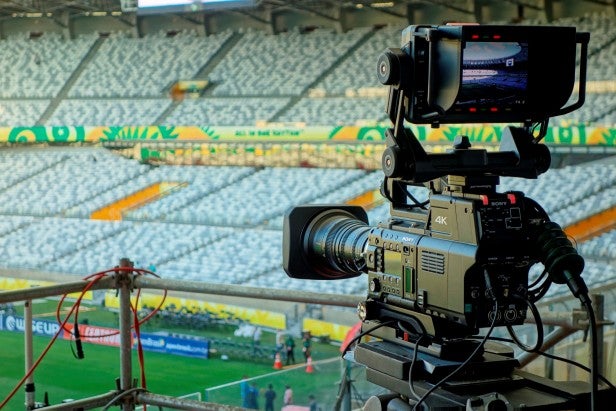 Another problem with a metadata-based HDR broadcast solution happens when content gets re-distributed around a network or supplied to affiliate broadcasters who may need to top-and-tail. The metadata HDR info in the signal could simply vanish in an editing suite.
The attraction of Hybrid Log-Gamma is that there are no such metadata complications.

To reiterate, streaming services – Netflix, Amazon, etc – don’t need to worry about errant metadata, as they only deal in pre-produced and encoded HDR content, streaming from their own servers to a TV or other device. Streaming services control the entire chain. Broadcast TV with live programming just doesn’t have that luxury.

Hybrid Log-Gamma: How does it work?

Unlike rival HDR systems, which rely on pre-encoded signalling metadata to explain an HDR picture to a compatible telly, HLG is a scene-referred system. That’s to say, the delivered signal reflects the light in the original scene, just like it was shot. Exactly what’s been photographed in the studio or outside broadcast is delivered to your home TV or projector, without any need for pesky metadata.

From a broadcast point of view, there’s simply a flag which lets a receiving set-top box know that it needs to tell your TV via HDMI that there’s some lovely HLG UHD images coming over with 10-bit colour depth.

All that any HLG-compatible TV at home needs to be aware of is its own technical capabilities and of the environment the content is being viewed in.

This latter point is a big deal. HLG has the ability to alter the HDR image based on the viewing environment – light room, dark room, even specific brightness levels measured in nits. This feature makes HLG fundamentally different from HDR 10, and potentially could offer everyone a far more satisfying viewing experience. 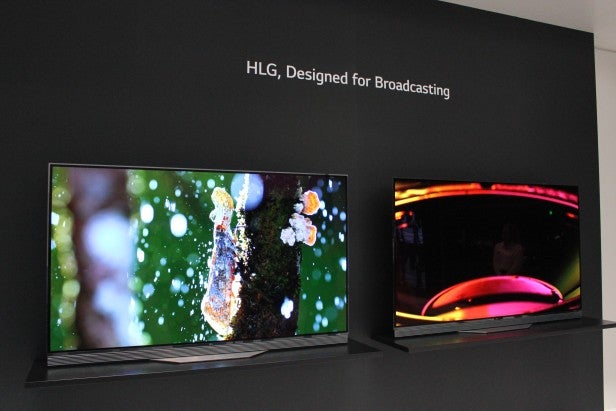 Trials of HLG HDR have reputedly been very successful, particularly when shooting live sporting events in stadiums where one half of the pitch is bathed in sunlight, and the other in darkness.

The recent broadcast technology show IBC was awash with Hybrid Log-Gamma test transmissions delivered by satellite operator SES. Visitors to IFA for the past two years have been able to see live demonstrations of HLG.

Hybrid Log-Gamma: When can I buy an HLG 4K TV and is my current TV upgradeable?

HLG is currently included in the ITU-R BT.2100 specification for programme production and exchange. It’s expected to be ratified into the DVB specification before the end of the year, at which point broadcasters and screen manufacturers can begin to firm up road maps. But where does that leave TV buyers in the meantime. Can you expect 4K screens bought today to be firmware updateable?

We put out a call. Understandably, currently TV manufacturers have little to say on the subject as yet. Only Samsung, out of all those polled, maintained that all its UHD HDR 2016 models could be firmware updated to support HLG. “All of Samsung’s 2016 HDR TVs will be firmware upgradeable to support Hybrid Log-Gamma broadcast HDR once it is widely available,” we were told emphatically. 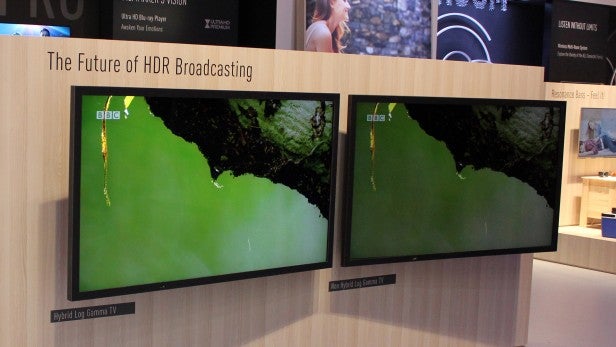 Sony was more circumspect, saying: “Once the standard is confirmed, we will comment then…” However, Sony’s projector division has announced that the new VPL-VW55ES HDR 4K home cinema projector will be firmware upgradable to HLG, at some point.

Philips was non-committal: “The implementation of Hybrid Log-Gamma HDR for Philips TVs is currently under investigation.”

LG, despite leading demonstrations on HLG at trade events, did not offer any official comment. Neither did Panasonic. Although to be fair, until any specification is ratified, official replies are probably unlikely.

When it comes to HLG on 2016 screens, the watch phrase has to be caveat emptor (or buyer beware). After all, Hybrid Log-Gamma probably won’t join the official roster of TV logos until 2017, when the likes of the BBC and Sky will likely announce broadcast HDR services.