Freeview can be found in 17 million homes, bringing access to popular TV shows and programming for free. Freeview Play extends the platform into the era of smart TV connectivity.

Freeview started back in 2002 as a joint venture between the BBC, ITV, Channel 4 and communications company Arqiva. In 2015 it rebranded its subscription-free TV service to become Freeview Play, the platform evolving with the introduction of smart TVs to offer a different type of interaction.

Freeview Play has blossomed since its introduction, expanding to more devices and adding new features to its toolset. Somewhere in a home there’s likely a device capable of accessing the platform.

So what benefits does Freeview Play bring to viewers?

What’s the difference between Freeview and Freeview Play? 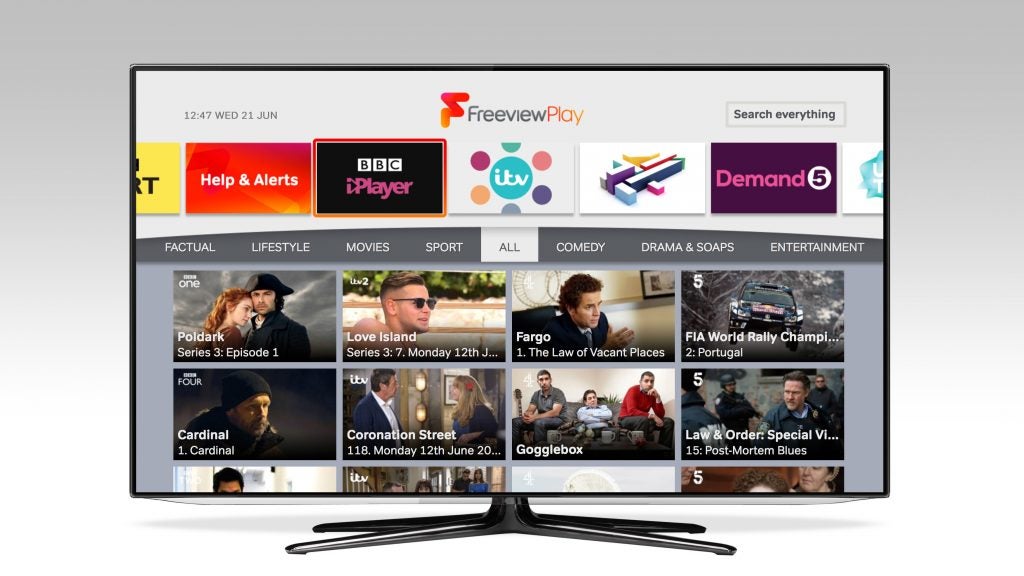 Freeview requires no subscriptions as it is a free-to-access broadcast service, though technically anyone who watches broadcast TV in the UK must pay the annual TV licence fee.

Back when it launched in 2002 (the same year as American Idol), it enabled the switch from a few analogue channels to tens of digital channels for anyone with a Freeview box. Now Freeview Play is home to over 70 digital TV channels, as well as 15 HD channels and 25 radio stations.

All told there’s over 20,000 30,000 hours of content available, double the amount of content there was in 2019. Updates in other areas have brought it in line with the latest video standards in 4K and HLG HDR, while accessibility options have been improved for the hard of hearing or those with poor sight.

How do I get Freeview Play?

Like the original Freeview, Freeview Play is built directly into a range of devices sold in the UK.

It’s available on Amazon Fire TV Edition, Hisense, Panasonic, Philips, TCL and Toshiba TVs, as well as models from Cello, Hitachi, Luxor and JVC. It’s not supported by 2020 LG TVs due to Freeview and LG failing to come to an agreement, though it has been confirmed that it will be on the company’s 2021 TV range. Sony backs YouView, while Samsung has its TV Plus service (though all of the main UK catch-up apps on their TVs). 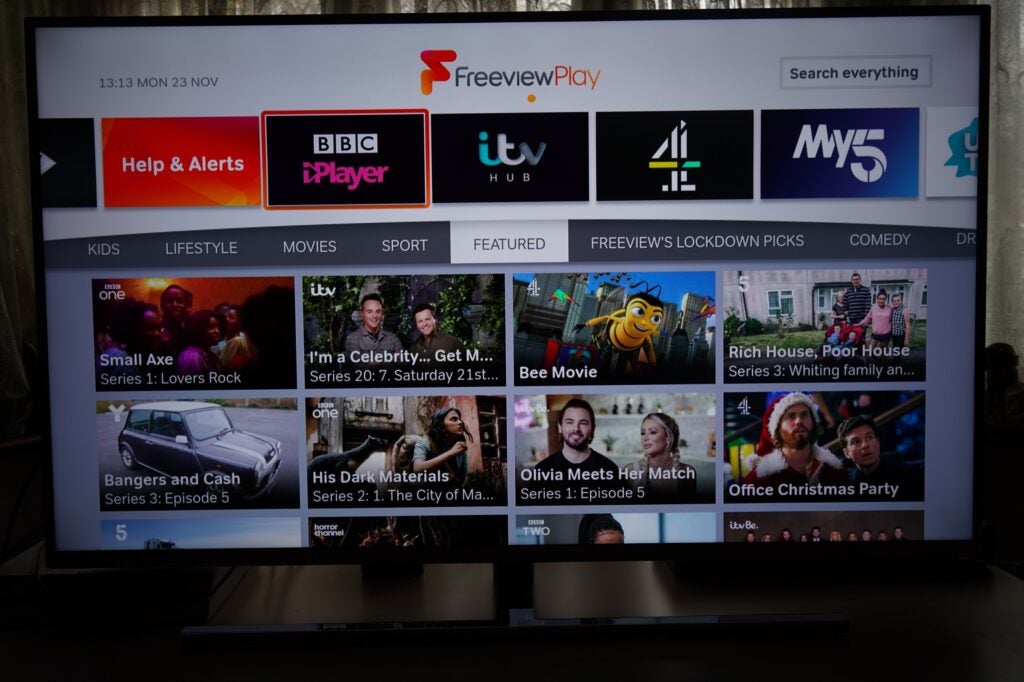 Look for the words ‘Freeview Play’ in the features list of a TV to see whether it has it. We always mention in our reviews whether a TV supports the platform in the specifications or in the copy itself.

If a TV that doesn’t support Freeview Play, an option is getting a set-top box. To record content there are recordable set-top boxes from the likes of Manhattan and Humax, with the latter launching its £249 Aura Android TV recorder. If that’s too dear, there are boxes available for less than £100.

What do I get with Freeview Play?

Freeview Play adds new features on a regular basis. Introduced since launch are search and recommendation functions to keep the Freeview Play platform functionally competitive with paid-for services from Sky and Virgin.

TVs and set-top boxes have access to Channel 100. That gives quick access to the various apps from a carousel across the top of the UI. Below that is a curated selection of recommended shows, filtered by 10 categories or genres, including one ‘wildcard’ category that is seasonal or related to a particular event such as Hallowe’en or Eurovision.

Freeview Play integrates on-demand content into the linear TV guide, and that makes the entire breadth of content available in one place. For example, rather than having to access BBC’s iPlayer as a separate app, you can simply dip into the service by selecting a missed programme from the past seven days in the EPG (Electronic Programme Guide). 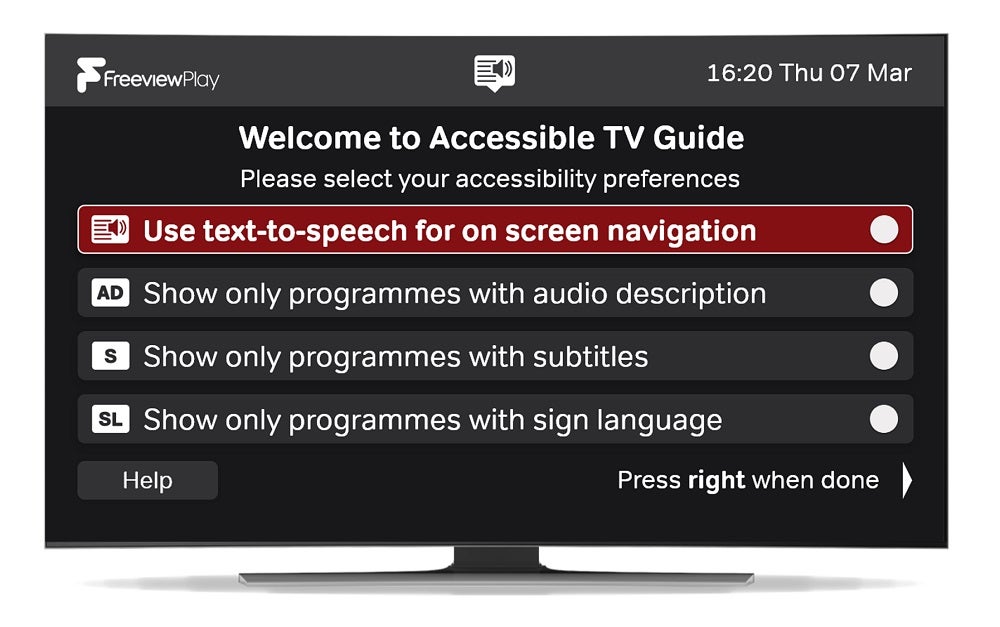 For those who are hard of hearing or have poor eyesight, Freeview’s Accessible TV Guide makes it simpler for those with accessibility needs to find content.

What can I watch on Freeview Play?

With over 30,000 hours of content, there’s no shortage of films and TV shows to watch (especially in the midst of a pandemic).

BBC iPlayer, ITV Hub, All 4, My5, UKTV Play, Horror Bites, and CBS Catch up Channels UK are all there, and that means soaps such as EastEnders (BBC), Emmerdale (ITV), Hollyoaks (All 4) and Neighbours (My5) are there, as well as new series in the BBC’s The Serpents, I May Destroy You or His Dark Materials (4K HLG), ITV’s Marcella and The Bay or Ramy on All 4. 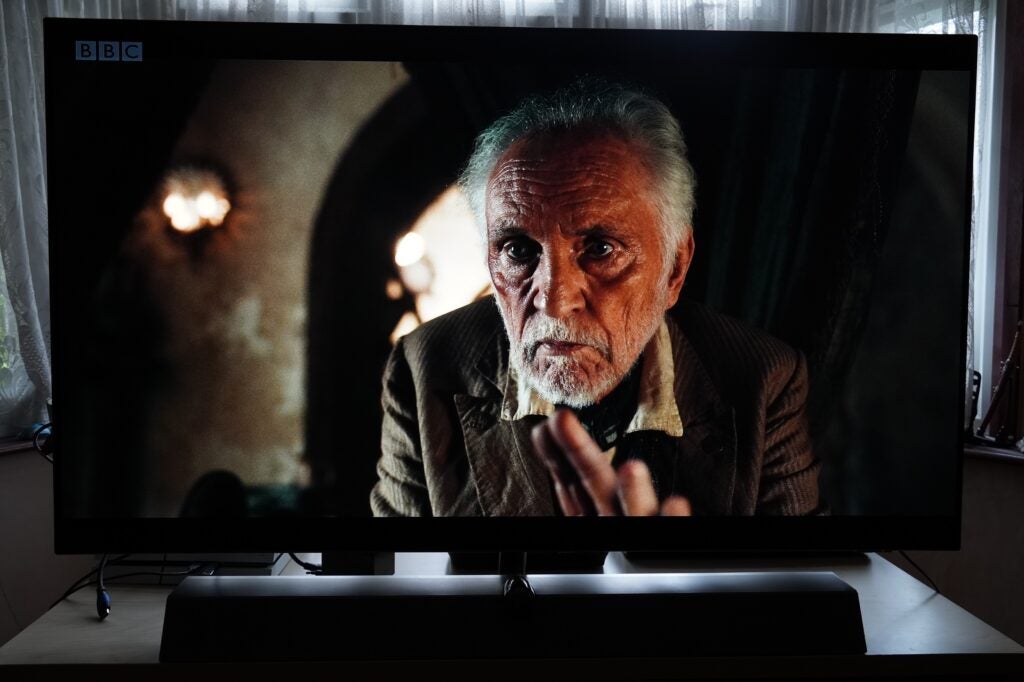 It’s also stocked with recent and classic films. Christopher Nolan’s Dunkirk was available on iPlayer in January 2021, and Steve McQueen’s Small Axe series of films is available on the platform. It’s also where golden oldies such as The Deer Hunter, Citizen Kane and All The President’s Men can be found, films that aren’t necessarily available on other streaming providers.

All 4 has a selection of films from around the world that includes titles such as (at the time of writing) White God, A Fantastic Woman and Slumdog Millionaire. Not all the content is exclusive to the catch-up apps though. Line of Duty and Giri-Haji can be found on Netflix (the latter in 4K Dolby Vision), and there’s a window of availability that once elapsed sees the show/film leave the platform.

What about Netflix and other streaming apps?

Unsurprisingly, Freeview Play does not integrate other streaming services such as Netflix into its electronic programmer guide (EPG), as is the case with rival offerings like Virgin Media’s set-top boxes or Sky Q. Rather, it’s up to the individual TV and set-top-box manufacturers to strike such deals separately.

In other words, you’ll need to continue accessing Netflix and any other subscription service through their stand-alone apps. The EPG is only intended for the catch-up services (such as iPlayer and ITV Hub) provided by the free-to-view channels that operate on Freeview.

What about the Freeview app?

In 2019 Freeview launched a new mobile app on Android and iOS devices, bringing its on-demand and catch-up TV content to portable devices.

The app is separated into five sections – What’s On, On Demand, Guide, Search and My Freeview – and it works similarly to the ‘big screen’ app. Download it (for free), select the region and then download the various catch-up apps for access to content. 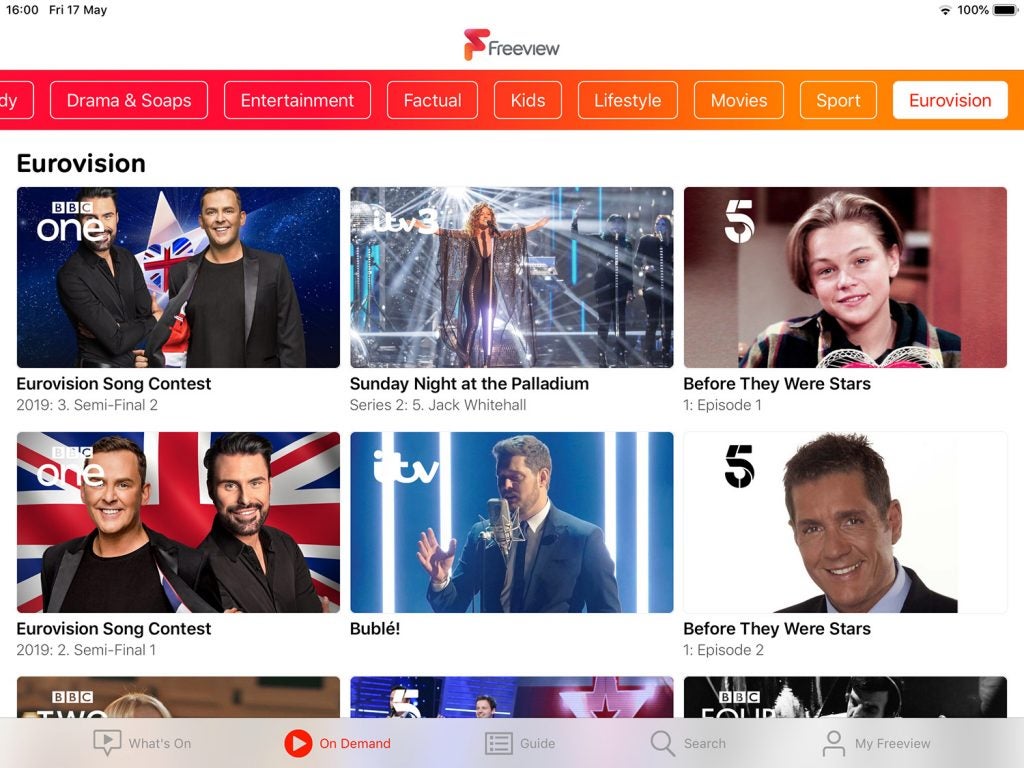 The app acts as an umbrella for content for some of Freeview Play’s partners, and clicking on content ushers the user to the respective app. However, you can’t watch content from channels such as the Paramount Network and Sky but, according to Freeview, the goal is to make the app like the experience had on TV.

Features include a 15-day EPG for planning ahead as well as the 7-day backwards EPG guide to catch up on what’s been missed. Reminders can be set and channels can be marked as favourites to act as a filter in the EPG guide, allowing the viewer to watch available content whenever and wherever they want.

Can you upgrade from Freeview to Freeview Play?

Of course, purchasing a set-top box works as a cost effective way of getting Freeview Play – provided you have the space under your TV for another black box.