OPINION: Nick Cowen explores whether there are any exclusive games worthy of being a console seller quite yet for the Xbox One and PS4

Xbox One had its first birthday last week and early adaptors reaped a couple of benefits. Microsoft tossed out a copy of Sunset Overdrive to Xbox One Gold account holders – although they can only play it for a limited time – as well as a copy of Limbo – which is yours until the end of time.

Sony’s PS4 turns a year old this week and it’ll be interesting to see if PSN Plus account holders get anything for their loyalty. You could argue that the Sony’s already rewarded them with the PS Share function but that argument falls down when you consider how many of the big publishers in the gaming industry are already making moves to block it. 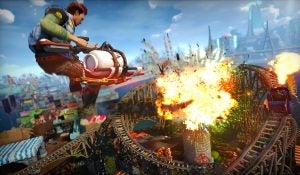 A lot of these incentives are aimed at the hardcore early adaptors. The loyal folk who stood in line and snapped up a new gen console before the barmy Christmas rush even began. Those who had either an Xbox One or a PS4 (or both) under their telly before the New Year rang in. This is also who – to a degree – got shafted into buying an Xbox One Kinect sensor with their console even though they had little use for it.

The PS4 and Xbox One have sold very well indeed, make no mistake, but there are still a ton of gamers sitting on the sidelines asking the same pertinent question over and over again: “which console should I buy if I can only afford one of them?” Right now, it’s hard to answer that. 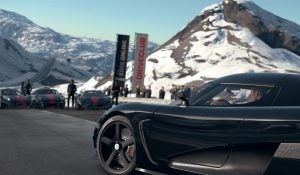 Not a System Seller: DriveClub was meant to be one of the PS4’s launch titles and a year later it saw release

Well, Sony loyalists will point to the fact that the PS4 is stronger in the visuals department. Most cross platform titles on Sony’s console run at 1080p and 60fps and all of the console’s exclusives do this as a matter of course. The Xbox One has yet to offer this across the board. The only major examples that buck this trend are Metro: Redux – which runs at 1080p and 60fps on all platforms – and Assassin’s Creed: Unity, which runs at 900p and 30fps, and the announcement of this little fact caused a massive outcry from the Sony faithful.

They’re right – for the moment. It’s true that visual parity doesn’t really exist between the new generation consoles, but it’s only a matter of time before this is rectified. Once that happens, it all comes down to which console offers the best in exclusive titles. The problem at the moment is that neither console has a killer exclusive app. Neither console boasts a system-seller. 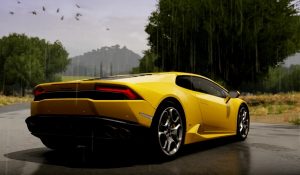 Forza Horizon 2 is easily one of this year’s best games, but it doesn’t justify the cost of a new gen console on its own

Microsoft claimed to have this back in March when Titanfall dropped on the Xbox One. It certainly helped console sales since it was offered as part of a bundle, but the hype around Respawn’s man-vs-mech shooter seemed to fade quite quickly. According to EA’s COO Peter Moore, Titanfall sold just under a million units in the month of its release in the US, and while it sold respectably elsewhere, sales figures since May have been hard to come by. In an industry where unit sales translate into both investor confidence and bragging rights, the silence around how well (or badly) Titanfall is doing is telling indeed.

Microsoft’s other exclusive titles are fun – in fact the likes of Forza Horizon 2 and Sunset Overdrive are superb – but none of them justify the price of an Xbox One to the fence-sitters. The same could be said of Sony’s high profile platform exclusives: DriveClub is a decent racer, but it’s not exactly setting the world alight and LittleBigPlanet 3 isn’t likely to win Sony any converts. The best PS4 titles are still in the pipeline: The Order: 1886, Silent Hills and Bloodborne aren’t due out until next year. 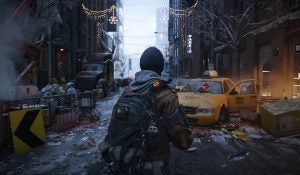 See you next year: The Division, like many of 2015 most wanted titles is available across platform

It seems that gone are the days when a platform’s exclusive content drove sales. The last time this happened was 2008 when the Xbox 360 exclusives read like a list of the must-have titles of that year: Halo 3, BioShock, Mass Effect, Crackdown, and The Orange Box all landed on Microsoft’s console. The problem late new gen console adaptors have right now is that the most interesting games in the year ahead aren’t exclusive to either Sony or Microsoft.

Tom Clancy’s The Division, Rocksteady’s Batman: Arkham Knight, The Witcher 3: Wild Hunt, Battlefield: Hardline, 4v4 title Evolve, the brutal Mortal Kombat X and Rainbow Six: Siege – to name a few – are all cross platform, meaning there’s no incitement here to plump for either Sony or Microsoft as a platform of choice. Many of them aren’t available on the Wii U, and currently, the safest gaming rig in terms of the choice on offer is the PC – at least that way, you’ll still be able to play Xbox One exclusives provided you’re using Windows. 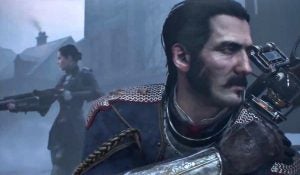 Silver bullet: Could The Order: 1886 be the killer app the PS4 needs?

The console wars have never looked more limp-wristed and until Sony and Microsoft – and for that matter, Nintendo – offer players a bona fide reason to slap their money down for an exclusive title they can’t play on any other platform, they’re likely to stay that way.