*Editors note* Below is a breakdown of the changes to The Division following its first big update – Incursion – analysing if Ubisoft has worked to improve the bugs and glitches. You can find Stuart’s original review on page two.

Just over a month after launch, The Division hasn’t lost much of its allure. If anything, familiarity brings more appreciation for its tight gunplay and clever interlocking systems, as you get more adept at using its smart cover system and choosing and modifying your skills and equipment.

In some ways, The Division suffers from its lack of distinct classes – where Destiny’s Titans and Warlocks give a different experience and different play styles, one agent in The Division looks and feels much like another – but the payoff is flexibility and the ability to tune and re-tune your character for each mission.

If you’re on a team that’s short of support or a sniper, you can usually switch your loadout and your skills. And if you’re battling through side-missions and encounters, you can change to a more balanced, independent build.

Buy the Division from Amazon for £40

It’s also worth making progress. Some of The Division’s finest missions are found in its final act, and the skirmishes through the Russian Consulate or the battle to take Grand Central are well worth replaying at harder difficulty levels even once you’ve polished off the storyline. The range of side-missions and encounters means there’s a lot of PvE content to explore and replay. Most importantly, playing with other players always injects a sense of camaraderie and tension into even the most banal of The Division’s missions.

I’ve been playing mostly with pick-up groups rather than actual friends (who remain glued to Destiny despite my urgings) yet the rush of working as a team and pushing through a mission never seems to fade. Just remember: revive if you want to survive.

5 Things you need to know about The Division

The more time I spend in post-Pandemic New York, the more impressive Massive’s work seems to be. True, there are factors that spoil the impression, including repeated dialogue, bullet-sponge bosses and the tendency of the same Riker to be beating the same guy nearly every time I emerge from a particular safe house. None of these ruin what is surely one of the most lively, detailed and atmospheric open-world settings around, especially at night where the combination of lights and weather effects creates some really eerie or melancholy scenes. And while the storyline is fairly standard Tom Clancy stuff, there’s a humanity here you won’t find in your average Call of Duty or Ghost Recon, particularly when you’re working on the Missing Persons cases or as your actions start to turn a dark situation round.

The Division’s third-person, cover-based gunplay still lacks the pace and exuberant motion of Destiny’s super-powered, first-person action, but that doesn’t mean it’s not very good. Different enemy types still push you to adopt different weapons and strategies, and being able to spot solid cover and a good vantage point can be as crucial as the ability to pull off rapid headshots. It’s still a little trickier than it should be to disengage from cover when a grenade is sent your way, but with experience this becomes less of an issue. Some of the later foes of the Last Man Battalion are infuriating, combining smarts with armour and brute-force to lethal effect, but who wants The Division to be a cakewalk? When you survive some of the game’s toughest scraps, you come out with a real sense of pride.

Related: What is Xbox Play Anywhere?

In short, I’m convinced that The Division is a very good game that’s well on its way to being a great one. If it falls down, it falls down in two key areas. The first is technical issues. The Incursion update bought a new slew of horrors, including persistent connection problems and characters disappearing, which really shouldn’t crop up with a major update to a major game. I’ve been lucky and not experienced anything so drastic, but I have experienced and continue to experience a list of lesser problems. These include long waits to connect, falling through the floor in the middle of a mission (thankfully, you can fast transport to another team member), losing sound mid-mission and being unable to recover it and the game freezing and locking up entirely in the last phase of the last battle of the General Assembly mission. Good news for the swearing jar, bad news for my wallet. 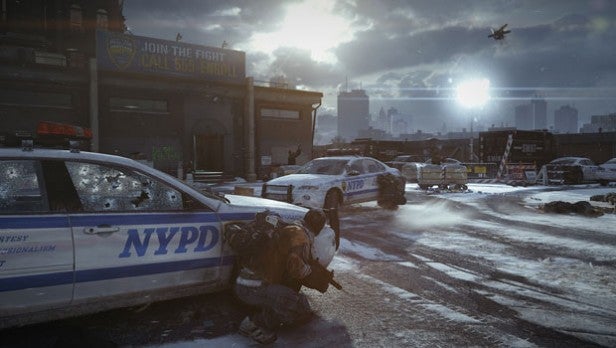 The second is that The Division’s endgame is still finding its feet. Sure, you can keep coming back, do your daily missions on high difficulty levels and earn your Phoenix Credits. These in turn unlock a whole new upper class of kit. All the same, you’re still effectively replaying the same old content. The cycle of looting and upgrading keeps you hooked, as it did in Destiny, but The Division has to do without Destiny’s baroque aliens and exotic gear, not to mention its more outrageous sci-fi weaponry. In fact, Destiny’s greater variety of enemies and settings makes it, in many ways, a more interesting game to re-explore.

Of course, The Division’s endgame is easier to grasp and there’s a lot more content already in place; you can comfortably play for thirty hours or more before even getting to the storyline’s climax, and that’s a lot of material for higher-level challenges. The new Gear sets, designed to hyper-charge the most common builds, are a real draw back to keep you playing, evil if you’ll face an uphill struggle collecting them.

That’s because the key to collecting them is the new incursions. Ubisoft has realised that while new challenges and new gear will take their game so far, The Division is going to need substantial new material to keep players coming back long-term. Incursions, the equivalent of Destiny’s strikes and raids, are the new vehicle for delivering it. The first, Falcon Lost, is basically a huge arena battle against wave after wave of enemies, and really designed to test the best players with the best gear. Go in expecting a sort of horde mode and you shouldn’t go away disappointed, but go in expecting the equivalent of Destiny’s more sophisticated raids and you could be. In fact, you’ll find it not just disappointing but actively dispiriting, simply because the difficulty bar is set so high. No checkpoints, guys? Seriously? 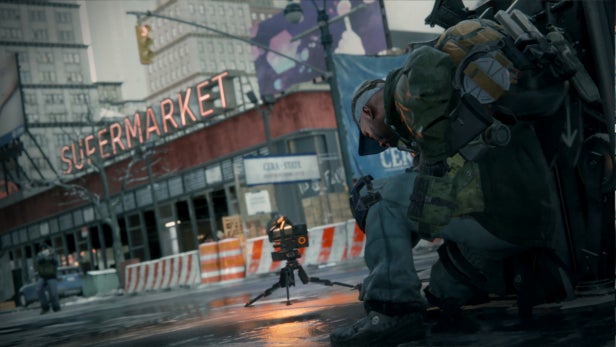 That still leaves the Dark Zone, already a fabulous cauldron of teamwork and treachery, and now enhanced by the new Dark Zone Supply Drops. These are regular events where you can grab uncontaminated gear and hotfoot out without the usual extraction, and give plenty of opportunity for thrilling co-op action against the Dark Zone’s local brutes and thugs. Of course, they also act as a honeypot for rogue players keen on an easy mark. Consider yourself warned.

Let’s get this in perspective. The continuing presence of technical issues is both wearisome and annoying, while there’s a sense that future content really needs to up the ante and give us something more. Yet the Division is generally in much better shape than Destiny was at launch, and it remains a hugely compelling, fiendishly addictive persistent shooter – one so good that it’s getting hard to go back to straight, offline action games.

We’ll be watching the upcoming updates and DLC expansions with interest. Will Ubisoft and Massive make the same mistakes Bungie did with The Dark Below and House of Wolves, or skip straight to the Taken King and give us something really substantial? Let’s hope it’s the latter, because The Division and its fans deserve it.

Next
The Division review