OPINION: Nick Cowen questions when did 1080p and 60fps become such an issue? And why the hell are players so angry about it?

It’s the new mantra in gaming. The gold standard to which all new IPs and sequels in world-conquering franchises are held. A rallying call for quality in gaming. Anything less is viewed as a slight. A betrayal. A sign that developers, publishers and platform holders aren’t taking the investment of their audiences seriously.

If a developer’s game doesn’t have these two magical requirements in place, it can cause outcry. Take a look at the reaction to the announcement Call Of Duty: Ghosts didn’t offer the same visual fidelity across platforms. It became such an issue that Infinity Ward moved to address this in the month of its release.

More recently, the fact that Assassin’s Creed: Unity is to be locked at 900p resolution and 30fps across all platforms raised hackles across the board. Twitter was deluged with complaints from players using the hashtag #PS4NoParity to vent that the game’s visuals were being scaled back to accommodate Xbox One owners. Visual fidelity has become a massive issue in the gaming community.

Here’s a question, though: does it really matter? 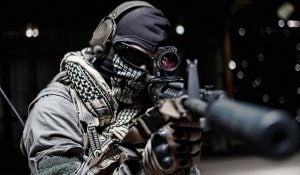 Call Of Duty: Ghosts came in for some flack over visual parity at launch

Recently, developers have stepped into the fray to address these visual concerns and opined that the furor over “1080p, 60fps” misses the point. Neil Thompson, the Director of Art and Animation on the forthcoming Dragon Age: Inquisition, turned himself into a potential tackling dummy, when he put forward the idea that resolution and frame rate aren’t as important as the community assert they are. 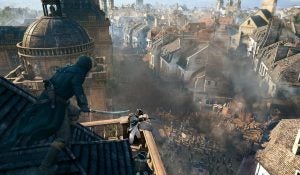 Thompson’s not alone in this view. Far Cry 4’s Creative Director, Alex Hutchinson, recently said that 30fps was absolutely fine for the type of game he and his team were working on.

“60 is really good for a shooter, action adventure not so much. It actually feels better for people when it’s at that 30fps,” he said. “It also lets us push the limits of everything to the maximum. It’s like when people start asking about resolution. Is it the number or the quality of the pixels that you want? If the game looks gorgeous, who cares about the number?”

It’s an interesting question: if a game plays well and looks lovely, who cares what the frame rate and resolution are? These are questions, incidentally, that are never aimed at Nintendo. While Bayonetta 2 and Mario Kart can boast visual fidelity that is in line with the requirements of the “1080p, 60fps” crowd, this isn’t true of all of the Wii U’s fare so far – and no one has given a damn. 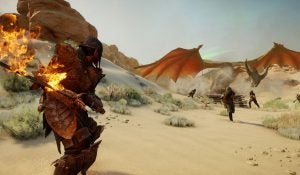 Why should technical parameters that may be invisible to
all but the most technically verbose player be so important?

In fact, Nintendo has been allowed to skate on issues that would have seen both Microsoft and Sony crucified. Can you imagine the uproar that would have been caused if Sony had cracked down on YouTube clips in the same way Nintendo has? Or if Microsoft had decided that players in Europe could only download adult fare between 11am and 3pm? But hey, it’s quirky Nintendo, so it can do what it wants.

So what’s the problem here?

Well, a new-generation console does cost a lot of money and no one wants to feel like they’ve been sold a pup. If your platform of choice doesn’t offer the same visual capability as its nearest and dearest rival, you’re bound to be irked after the financial outlay. 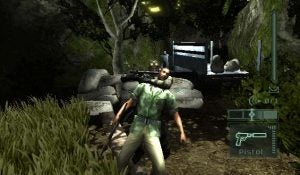 Visual parity wasn’t an issue on PS2 or the original Xbox, but then, those systems weren’t technologically neck and neck

When you’ve dropped close to £400 on a new machine and it emerges that its rival platform offers a better visual experience as a matter of course, naturally you’re going to be rather upset.

An unfortunate development in all this is the hideous amount of abuse both creators and publisher receive from disgruntled gamers. Rude – and sometimes borderline psychotic – tweets and messages are a daily hazard following announcements on uneven visual fidelity across platforms.

It’s true that visual parity should exist across platforms – God knows the new consoles have the processing power, which funnily enough, wasn’t an issue when the sales figures of the PS2 left the first Xbox in the dust. But now that the internal workings of both Sony’s and Microsoft’s platforms are more neck-and-neck, players’ expectations have grown accordingly. 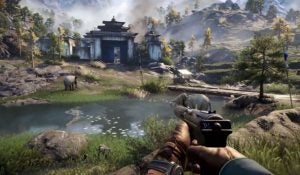 View for the future: hopefully, once visuals stand up to comparison across platforms players can focus on what’s important in gaming – fun

As much as visual fidelity is an issue right now, chances are it won’t be for long. While third-party publishers are releasing games that don’t share the same visual fidelity across platforms, Microsoft-owned developers are perfectly capable of releasing games on the 1080p, 60fps requirement basis. It could be down to the fact they’re more experienced with using the internal tech. Or it could be down to the fact their games require it – just check out the latest Forza title, Forza Horizon 2.

Sony has made a lot of press out of the fact that the PS4 was built from the ground up to make lives easier for developers. Microsoft has been rather quiet on this subject, instead focusing on the Xbox One as the ultimate entertainment console. It could be the case that Sony has the edge due to its engagement with publishers and developers. As time marches on, however, the two consoles’ visual alignment is likely to become closer. Then, hopefully, it’ll be down to which platform offers the most fun.