Available on Xbox One (tested), PS4 and PC

It’s fair to say that Rainbow Six Siege had an inauspicious launch back in December 2015, with mixed reviews and lacklustre sales. Common complaints were its lack of content and a host of technical issues which plagued its early days, while the poor sales can largely be attributed to its December launch date – released not long after Call of Duty Black Ops 3 and Star Wars Battlefront.

Two years on, Rainbow Six Siege’s player base dwarfs both of those titles combined. Instead of giving up, Ubisoft redoubled its efforts and stayed committed to the idea of Siege, transforming it into one of the most popular shooters on the market. It’s had its issues along the way, but if ever there was a poster child for the benefits of the GaaS (games as a service) model, it would be Rainbow Six Siege.

A large reason for this success is Siege’s rock-solid foundation. Two teams of five operators face off in round-based matches, first to win three rounds takes the match (best of five). There are no respawns and the teams alternate between attacker and defender. The first team to eliminate the opposition or complete the game mode objective wins. 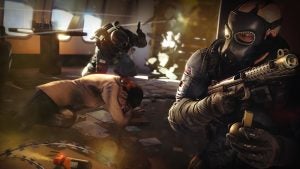 Each of the game modes – Secure Area, Hostage and Bomb Defusal – all offer a variation on the core concept, whether that be planting a disarming device next to a bomb and then defending it or extracting a live hostage. Before each round starts properly, each team gets 45 seconds to prepare: the defending team reinforces walls and sets up traps while the attackers use their remote-controlled drones to scout out the map and find the defenders.

These clashes take place on intricately designed maps with a great deal of variation in locale and playstyle. Maps like Hereford Base and Consulate are multi-level labyrinths which offer a ton of options for outflanking manoeuvres for both sides, while Skyscraper sees the attackers swarming the exterior windows looking for an opportunity to breach. The maps are all highly destructible, allowing players to shoot through floors and walls, or even destroy them outright. This leads to a dramatic shift in battlefield conditions as new firing lanes open up, turning previously safe areas into death traps.

Rainbow Six Siege’s focus on tactical gameplay and information-gathering are what set it apart from the competition. Running in with guns blazing à la Rambo will result in a one-way trip to Deadsville, and the single-life-per-round system encourages players to value it. If you get killed early on, you’ll have to wait until the next round to re-join the action.

This punishing style of gameplay can make Siege seem inaccessible to newcomers, and you’re likely to spend your first few days in multiplayer being stomped and bullied by vastly more experienced competitors. But every death is a lesson, and those who can stick with Siege long enough to learn its complexities will find that it has so much to offer. 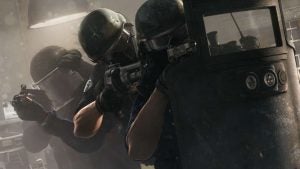 It might be infuriating to get shot through a wall by an enemy you couldn’t see, but if you can resist the urge to rend your controller in half and learn from that mistake, you’ll be the better player for it. Learning to peek around corners to get the drop on your opponent, knocking holes in walls to spy through and identifying the various sound cues will all take time, but it’s worth the effort. Siege offers a deeply cerebral progression curve – you don’t gain new skills or better guns, you just ‘git gud’.

It doesn’t wear the label in public thanks to its realistic styling, but Rainbow Six Siege is, at its core, a hero shooter not too dissimilar from the likes of Overwatch. Each operator has their own unique gadgets, weapons and stats. There are slow but tough operators like Rook who can absorb an obscene amount of damage without going down, while buffing the team’s defences with his deployable armour vests. These walking tanks are counterbalanced by nimble rush specialists like Ash, who uses her grenade launcher to blow out doors and walls, pouncing on the defenders before they’ve even finished tying their shoelaces.

As with all hero shooters, Ubisoft has had to perform a careful balancing act to keep each member in line with each other, and has done an admirable job. Some operators are more popular than others due to their general utility, but even the most specialised of operators has a use – except for Tachanka, who’s just a meme at this point.

The starting roster of 20 operators has been bolstered by a further 16. With the exception of the aforementioned Tachanka – who seems more fundamentally outclassed due to the static nature of his turret – the operators are all on a remarkably even footing. Even more impressively, none of the new operators have stolen the thunder of the existing cast. Some share similar abilities, such as Thermite and Hibana’s gadgets both being used to blow holes in reinforced walls, but in practice both fill their own situational niches. 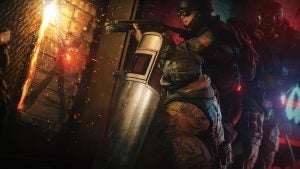 The updates haven’t just brought new people to shoot at; there are new and exciting places in which to shoot people, thanks to the addition of eight maps on top of the 11 that arrived at launch. It’s fair to say that the quality of DLC maps wasn’t exemplary from the outset. Early entries Yacht and Favela were so unbalanced that they’ve since been removed from public servers. With that said, the most recent maps like Theme Park and Skyscraper are stellar entries into the rotation. Existing maps are constantly being tweaked too, with Ubisoft recently announcing that both Clubhouse and Hereford Base will be receiving overhauls in the near future.

There’s also a single-player mode caller Terrorist Hunt, which sees you take on a horde of AI-controlled terrorists on one of the game’s multiplayer maps. You can play these lone wolf or take a team of friends in with you to rail on some bots. It’s perfectly functional and a fantastic way to learn the maps, but Terrorist Hunt is unlikely to engage you for long. Siege is unashamedly all about its multiplayer.

It’s also worth mentioning that nothing ruins a game like the people playing it, and the Rainbow Six community has its fair share of people spoiling the fun. Team killing and rage quitting are prevalent, especially in the Casual game mode, where players don’t suffer any rank penalty for such behaviour. Playing with a team of friends can nullify this issue, but if you’re going into Siege alone then you can expect prats to ruin things on occasion. Just keep your wits about you and hope you didn’t choose a character that someone else wanted to play as.

Oh, and there are loot boxes now, but in all honesty, this is the least egregious implementation of loot boxes I’ve seen to date. This is largely because they were introduced a year and half after Siege’s launch, only feature cosmetics, and almost all the items in the packs can be bought outright instead with the game’s earnable currency, Renown. 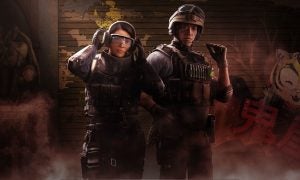 Despite a few tiny blemishes on its record, Rainbow Six Siege is the most satisfying shooter experience of this generation, and few titles can boast its depth and longevity. By bucking market trends and offering a unique experience, Ubisoft has carved out a sizeable niche with a focus on methodical gameplay and teamwork over the run-and-gun style of the other big shooters.

With a flourishing player base, a successful eSports community and another update just around the corner, Siege is the best it’s ever been. Just don’t expect to be any good for your first hundred matches. I’m not even exaggerating there.